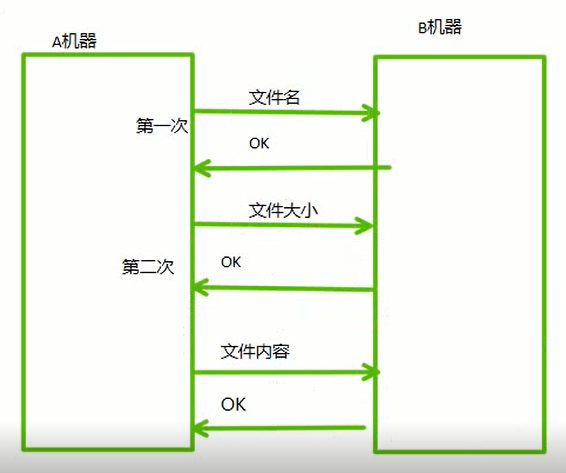 : advantages and disadvantages:
For the C/S mode, it can ensure the performance, cache the data locally to the client, improve the data transmission efficiency, and the protocol used is relatively flexible. (traditional large network program)
Disadvantages: security, workload.
B/S: the browser does not need to be developed, with small amount of development, good portability, and is not limited by the platform.
The protocol intelligently selects the http protocol and cannot cache data, which affects the efficiency.

Among them: 8-bit lifetime ttl, (64) next hop: to prevent network congestion. 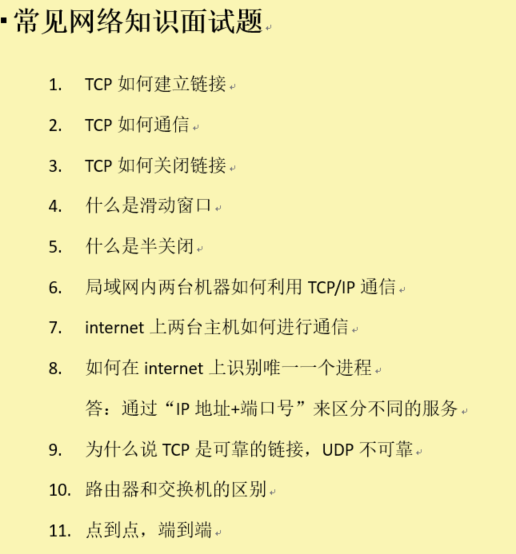 1.6.1 how TCP establishes a connection. Additional: more detailed questions.
1.6.2 [how TCP communicates]
1.6.3 how TCP closes a connection
1.6.4 what is a sliding window
Error control and flow control.
TCP uses sliding window for transmission control. The size of sliding window means how much buffer the receiver has for receiving data. The sender can determine how many bytes of data should be sent by sliding the size of the window.
1.6.5 what is semi closed
In the fully closed state, when the server sends data and wants to close the connection, the client will receive the server's request. However, due to the fully closed state, the disconnection confirmation request sent by the client to the server cannot be returned to the server again. The semi closed state is required at this time. In order to make the data completely exchanged, and to make the data between the client and the server controllable and prevent blocking, the shutdown function should be used. After the server sends the data, an EOF should be attached to let the client know that the data on the server has been sent.
In order to ensure the complete exchange of data, enough connection time should be set aside, but how long should it be set aside?
For example, when the client connects to the server, the server transmits a file to the client, and the client sends confirmation data to the server after receiving it
At this time, the server only needs to continuously transmit file data, but the client cannot know when to receive data, and the client cannot call the input function endlessly, because this may lead to program blocking (the called function does not return)
The server should send the EOF after the data is sent, indicating the end of the file. When the client receives the EOF, it will stop receiving the data and send the confirmation data to the server. Both the close function and shutdown can send EOF data to the client, but after sending EOF with close, the data transmitted by the other party cannot be received, so shutdown is used
1.6.6 how do two hosts on LAN communicate
Communication method???.
1.6.7 how do two hosts communicate on the Internet
1.6.8 how to uniquely identify a process on the internet
1.6.9 why is TCP a reliable connection and UDP unreliable
10. Differences between routers and switches
11. Point to point, end to end

A well marked example of network server programming: python: https://www.cnblogs.com/python58/p/10426188.html.
To make different machines communicate, you need not only the kernel IPC, but also the sockt.
Two connections are as follows: socket pair. A file name includes two buffers. Communication is between both sides. (send to receive) can be semi closed, for example, send only but not receive.

Note: if the write buffer is full, write will also block. If there is no data in the read buffer during read operation, it will cause blocking. "
2.1 preliminary knowledge of socket programming

Many network programming functions of strcut sockaddr were born earlier than IPv4 protocol. At that time, sockaddr structure was used. For forward compatibility, sockaddr now degenerates into the role of (void *), passing an address to the function. As for this function, it is sockaddr_in or sockaddr_in6, determined by the address family, and then the internal type of the function is forced to be converted to the required address type. 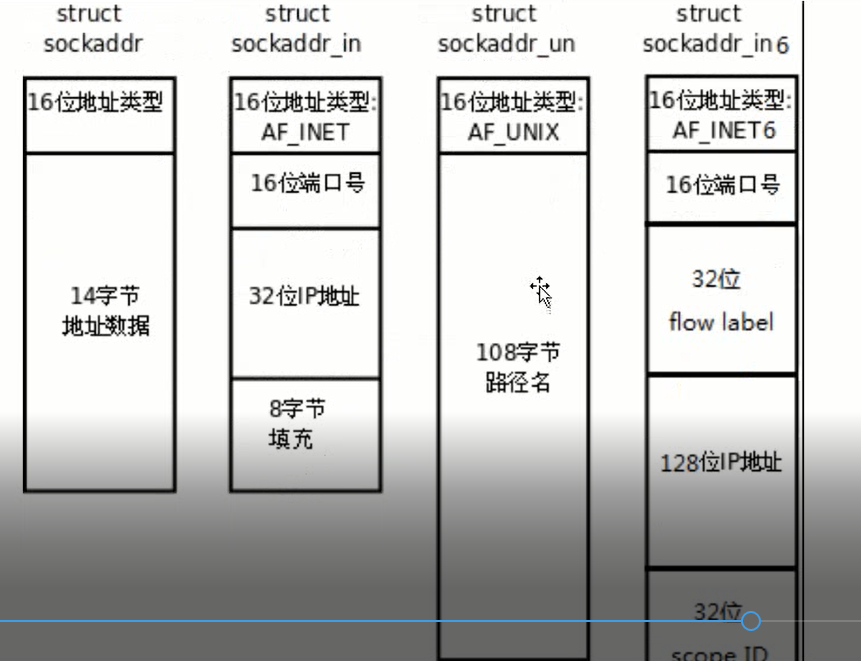 The process of TCP communication coding. 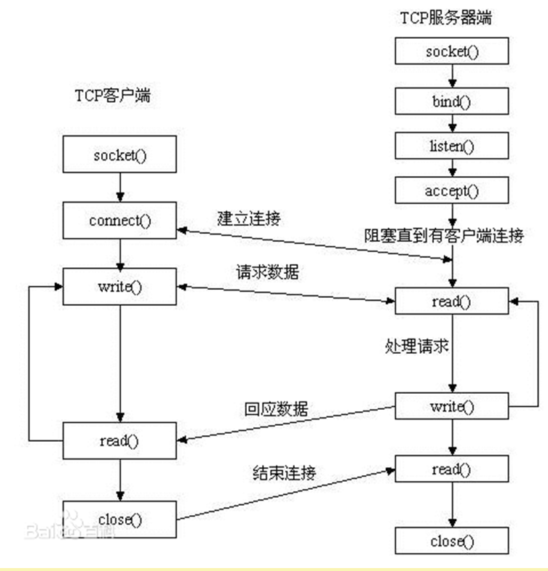 First clear the entire structure, and then set the address type to AF_INET, the network address is INADDR_ANY, this macro represents any local IP address, because the server may have multiple network cards, and each network card may be bound with multiple IP addresses. In this way, you can listen on all IP addresses until you establish a connection with a client, and then determine which IP address to use. The port number is 6666.

A typical server program can serve multiple clients at the same time. When a client initiates a connection, the server calls accept() to return and accept the connection. If a large number of clients initiate a connection and the server has no time to process it, the client that has not accepted is in the connection waiting state, and listen() declares that sockfd is in the listening state, A maximum of backlog clients are allowed to be connected. If more connection requests are received, they will be ignored. Listen() returns 0 for success and - 1 for failure.

After the three-party handshake is completed, the server calls accept() to accept the connection. If there is no connection request from the client when the server calls accept(), it will block and wait until a client connects. Addr is an outgoing parameter. When accept() returns, the address and port number of the outgoing client. The addrlen parameter is an incoming and outgoing parameter (value result argument). The incoming parameter is the length of the buffer addr provided by the caller to avoid buffer overflow. The outgoing parameter is the actual length of the client address structure (the buffer provided by the caller may not be full). If you pass NULL to the addr parameter, it means that you don't care about the address of the client.
The program structure of our server is as follows:

The whole is a while loop, processing one client connection at a time. Because cliaddr_len is an incoming and outgoing parameter. The initial value should be reset before each call to accept(). The parameter listenfd of accept() is the previous listening file descriptor, and the return value of accept() is another file descriptor connfd (Communication file descriptor). Then, it communicates with the client through this connfd. Finally, close connfd and disconnect without closing listenfd. Return to the beginning of the loop again, and listenfd is still used as the parameter of accept. Accept() returns a file descriptor successfully and - 1 in case of error.

The client needs to call connect() to connect to the server. The parameter forms of connect and bind are the same. The difference is that the parameter of bind is its own address, while the parameter of connect is the address of the other party. Connect() returns 0 successfully and - 1 in error.