Creating a thread: using pthread_create() to create a thread.
Terminate thread: after the thread function ends, the thread will terminate automatically. You can also call the function int pthraad_exit {void *status) completes the terminated operation.
Thread connection: a thread can wait for the termination of another thread through: int pthread_join (pthread_t thread, void * * status_ptr). The exit status of the terminated thread is returned by status_ptr.

Because threads run in the process's unified address space, all threads in the same process share all global variables and data structures. Competition will occur when multiple threads need to modify the same variable or data structure. To prevent such problems, thread synchronization is required.
The simplest way is to add a lock. A lock is called a mutex. It can be used

A series of producer and consumer processes share a limited number of buffers. Each buffer has a specific item at a time. It is also called limited buffer problem. The main role of the producer is to generate a certain amount of data into the buffer, and then repeat the process. At the same time, consumers also consume this data in the buffer.

In the operating system, we have learned about semaphores. Semaphores represent the availability of a resource and are the general mechanism of process synchronization. There are P primitives and V primitives, both of which are atomic operations or basic operations.

The test is carried out according to the example given in the textbook. The test content is to use threads for quick sorting. The principle is: the main thread runs first, and then the main thread calls qsort (& ARG) to let the qsort() function execute and realize a quick sorting of N integers. In qsort(), the thread will select a benchmark element and then perform the operation of quick sorting.
The code is as follows:

When compiling using conventional methods, it is found that the compilation cannot be performed, and it is prompted that pthread related functions are not defined: 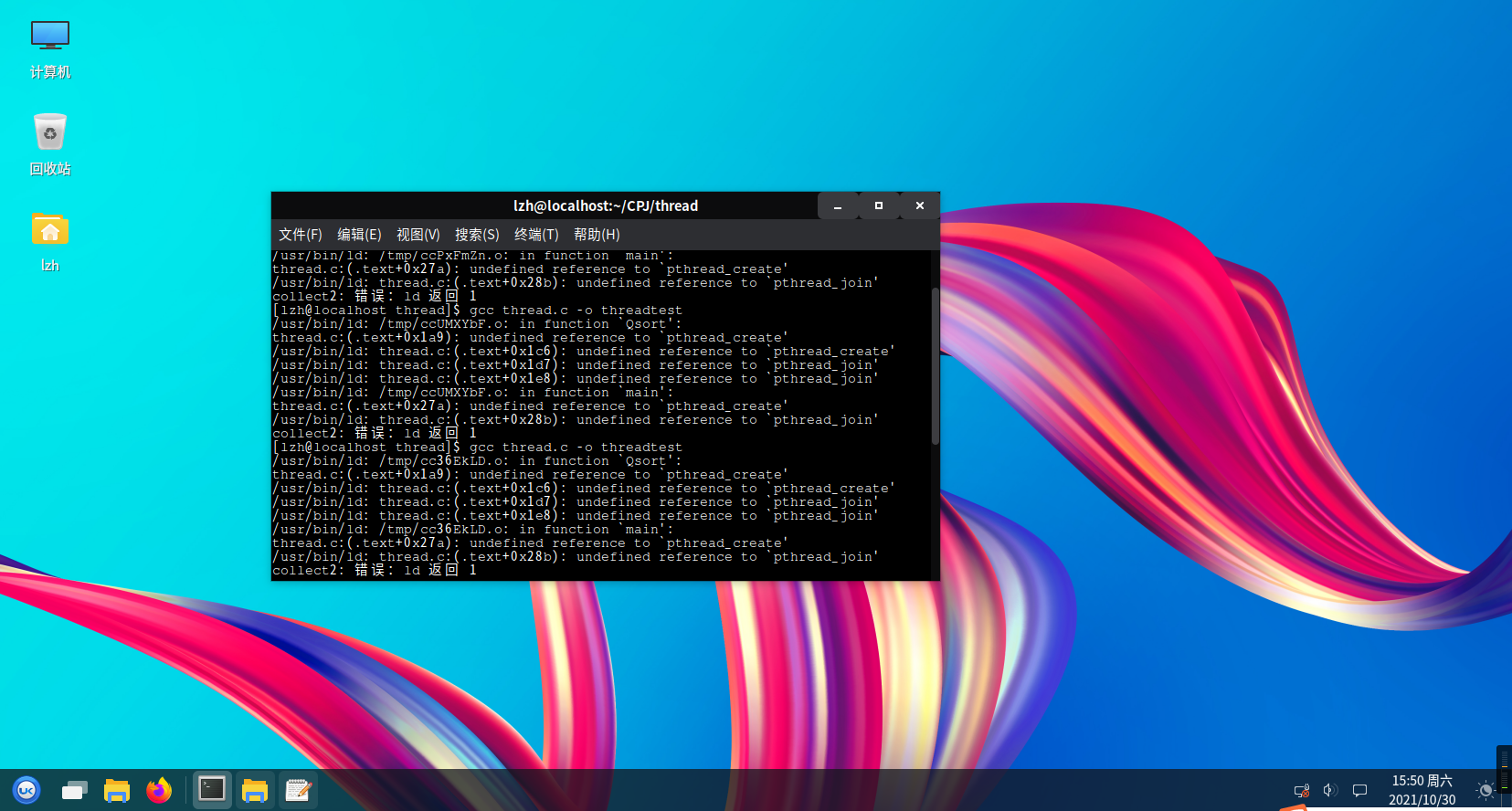 After consulting the data and reading carefully, it is found that the compilation operation can be completed only by adding the - pthread parameter to the gcc command, such as gcc thread.c -pthread. 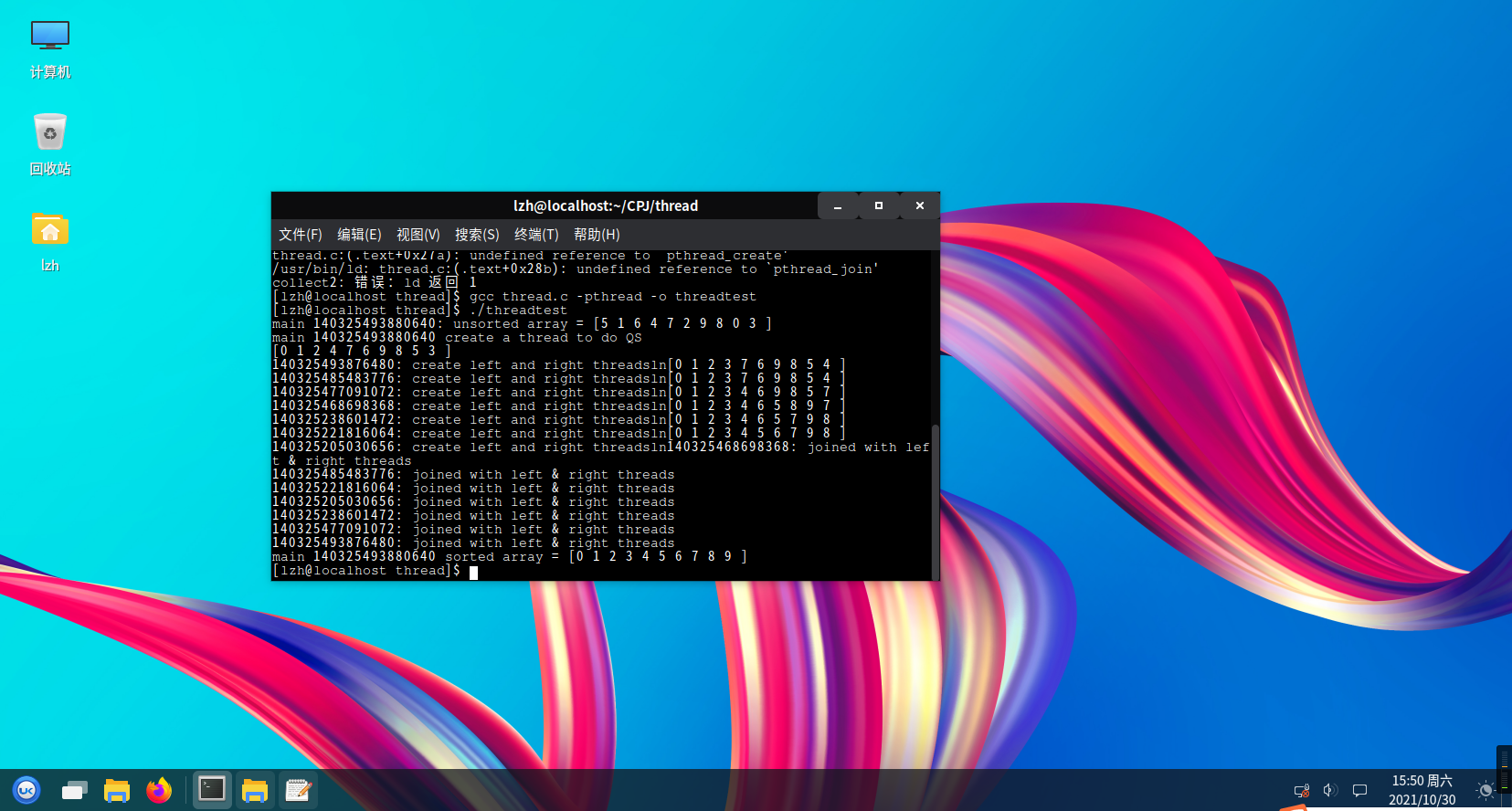 Finally, the program test is successful.

The code includes some previous codes in the code cloud. Link: https://gitee.com/Ressurection20191320/code/tree/master/IS