How to understand "heap"

There are two characteristics of the heap:

How to implement a "heap"

How to store a heap

What operations does the heap support

Insert an element into the heap

When inserting elements to the end, you need to perform heap operation: there are actually two kinds of heap, from bottom to top and from top to bottom. Here I'll first talk about the bottom-up heap method - follow the path of the node, up or down, compare, and then exchange 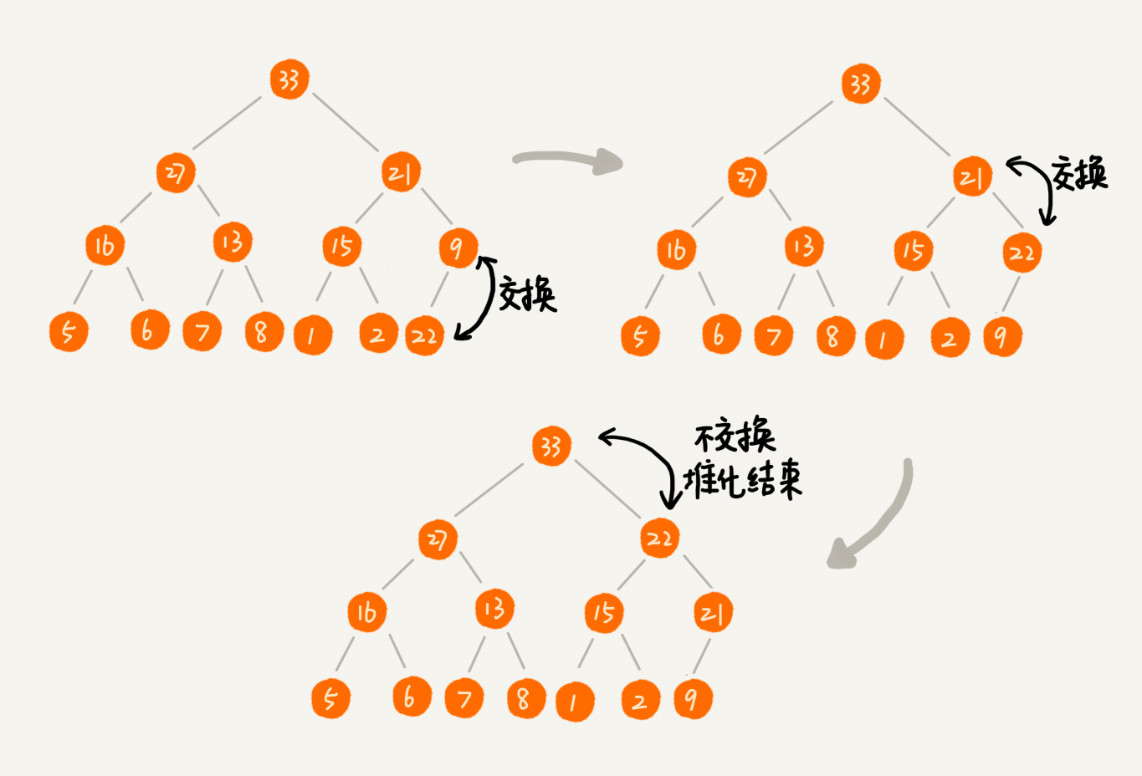 How to sort based on heap?

The time complexity of this sorting method is very stable, which is O(nlogn), and it is also an in-situ sorting algorithm. The process of heap sorting is divided into two steps:

Idea 1: the array contains n data, but we can assume that at first, the heap contains only one data, that is, the data with subscript 1. Then, we call the previous insert operation to insert the data with subscripts from 2 to n into the heap in turn. In this way, we will organize the array containing N data into a heap. This method processes array data from front to back, and each data is stacked from bottom to top when it is inserted into the heap. Not recommended

Idea 2: process the array from back to front, and each data is stacked from top to bottom. The following illustration: 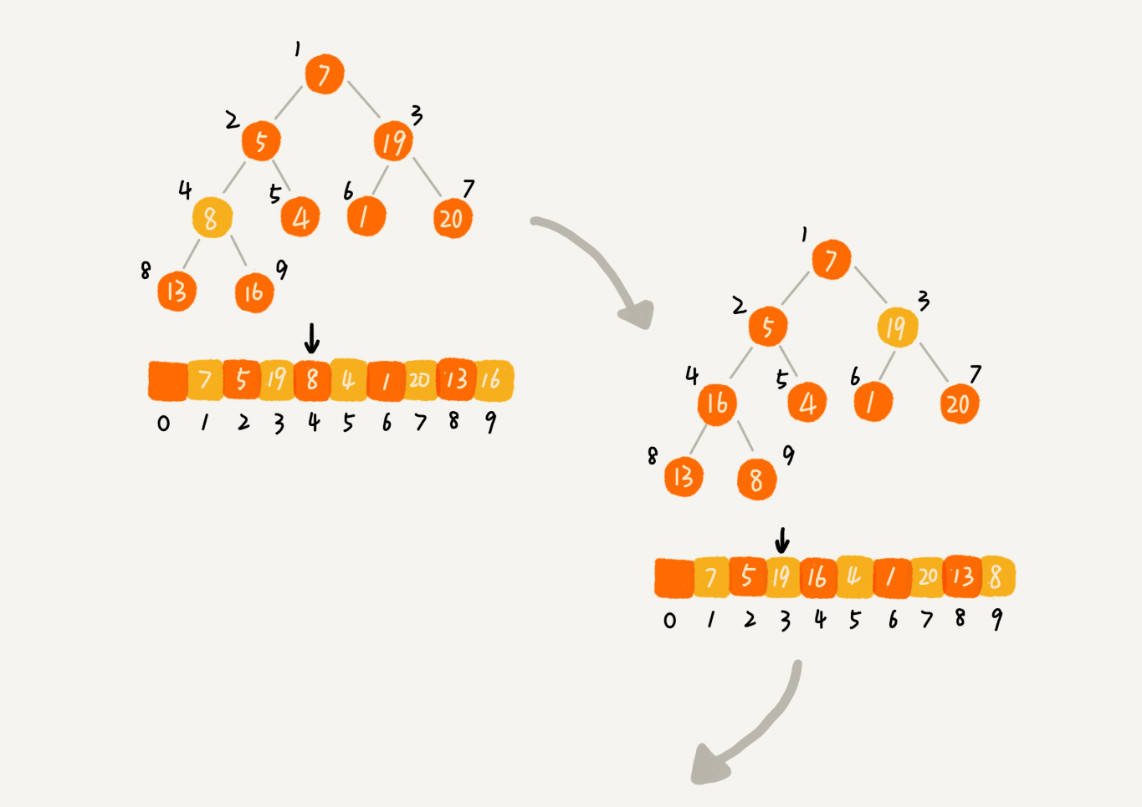 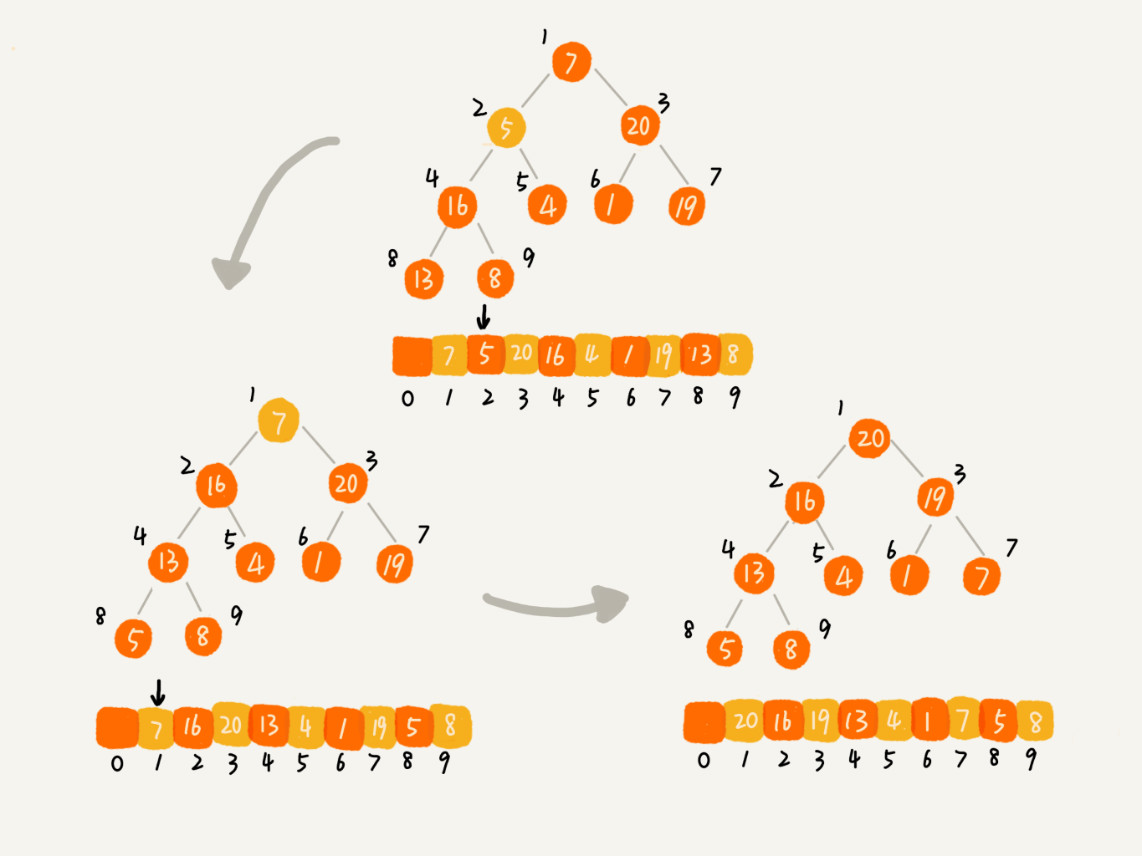 The time complexity of heap building is O(n). 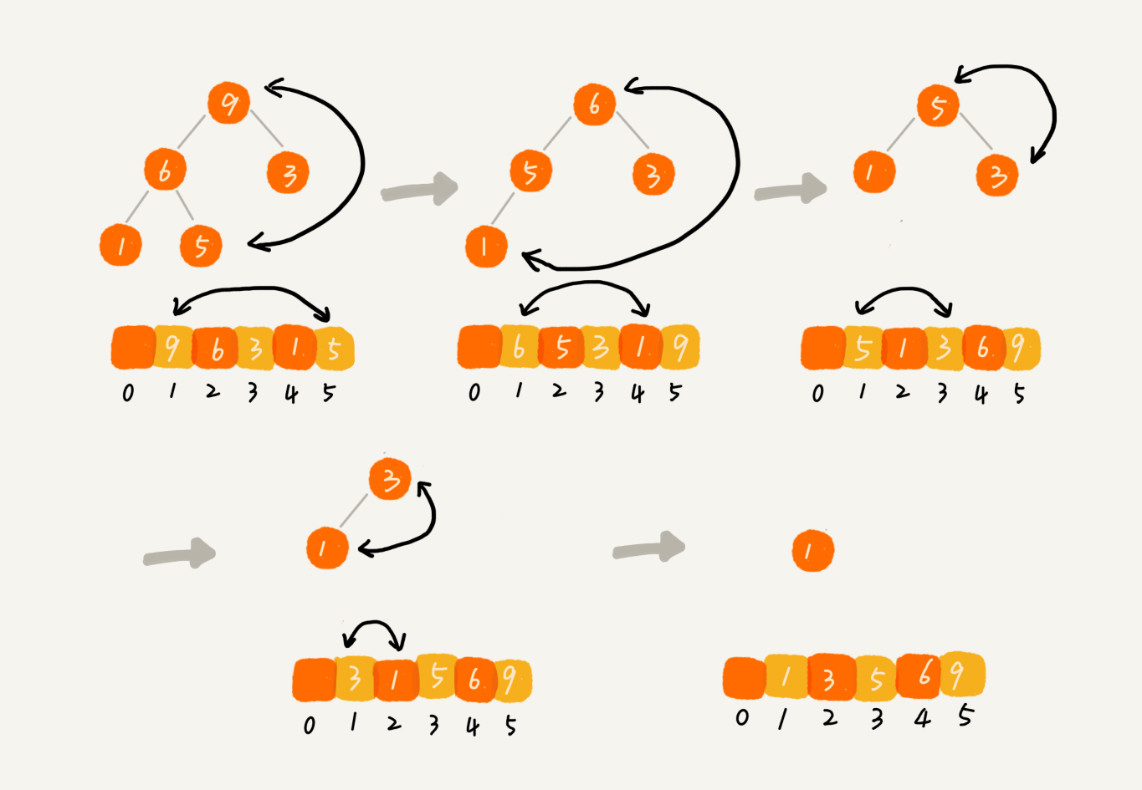 1. The whole heap sorting process only needs a few temporary storage space, so heap sorting is an in-situ sorting algorithm.

3. Heap sorting is not a stable sorting algorithm, because in the sorting process, there is the operation of exchanging the last node of the heap with the top node of the heap, so it is possible to change the original relative order of data with the same value.

First, heap sort data access is not as friendly as quick sort. For quick sort, data is accessed sequentially. For heap sorting, data is accessed by jumping. In heap sorting, the most important operation is data heap. For example, in the following example, the heap top node will access the elements with array subscripts 1, 2, 4 and 8 in turn, rather than local sequential access like quick sort. Therefore, this is not friendly to CPU cache.

Second, for the same data, in the sorting process, the data exchange times of heap sorting algorithm are more than that of quick sorting