In the past time, contacting a customer who likes nailing and has widely used nails in the internal scene for the internal management of the factory, such as nail attendance, daily approval, nail projection, nail access control and so on, I realized that nails have been widely used in the enterprise, so I went back to study some business scope of nailing and its SDK opening. Work. Nail official SDK provides a lot of encapsulation, but compared with Java, the. NET version has been changing. Previous research on nail C # version of SDK found that some problems reflected to nail developers, basically can not be solved and responded to, and when using official SDK, some data can not be normally obtained (such as role information), and officials. When Fang's SDK was used, he felt that the code was bulky, so the idea of rebuilding the official SDK was born. This series of essays will analyze and reconstruct the scope of the nail SDK, and share the effect and fun in the use process.

DingTalk is a free communication and collaboration multi-terminal platform built by Alibaba Group for Chinese enterprises. It provides PC, Web and mobile versions to support file transfer between mobile phones and computers. Nail is a free mobile office platform built by Ali Group specially for Chinese enterprises to help them communicate more efficiently and safely. 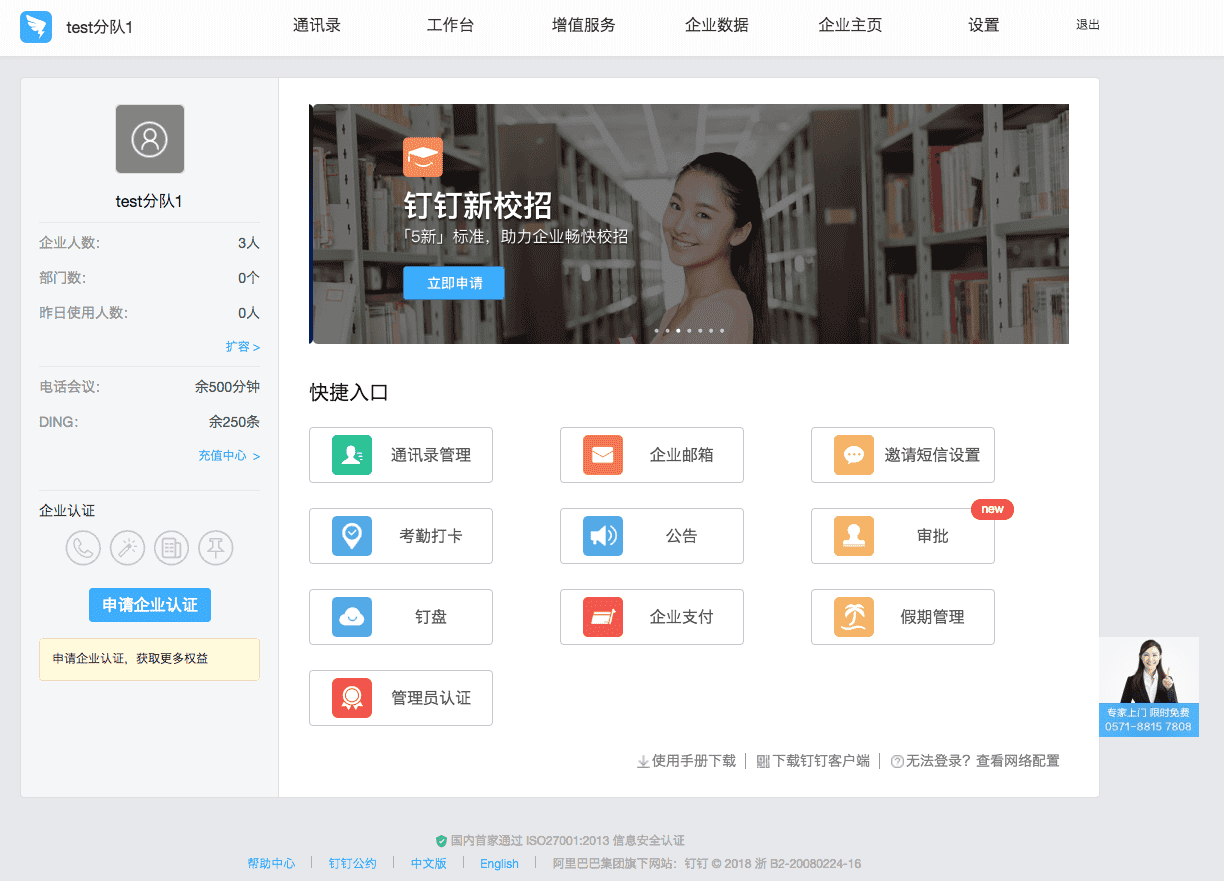 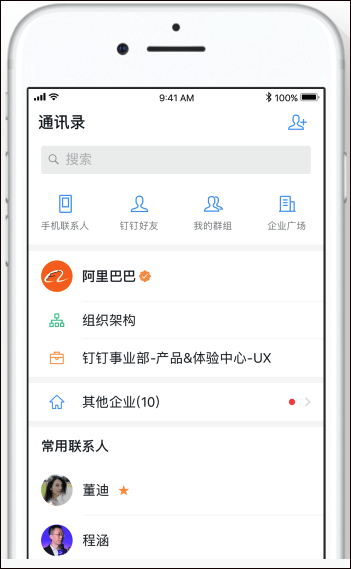 2. Some problems or deficiencies in the use of official SDK nails

Generally, when we develop, we tend to use existing wheels instead of reinventing them. But if the wheel really doesn't fit or has a better idea, it's okay to put in some effort.

When using the original nail SDK, the following problems were found.

1) Some SDK data can not be serialized into normal attributes due to parameters or other problems, such as the information part of the corner Israel table (which was later fixed).

2) The code using SDK object is too bulky, some immobilized parameters need to be passed in during the use process, which is not necessary and adds a lot of calling code.

3) For the part of JSON serialization, the standard scheme of JSON.NET (Newtonsoft.Json.dll) is not adopted, but the self-defined JSON parsing class is used, which results in the complicated parsing process of the nail SDK.

4) The design of the whole nail SDK is too complex to be modified easily.

5) Other reasons for being unaccustomed

And since I introduced Json.NET object standard serialization and deserialization, I found that the code really simplified a lot, which provided a very convenient refactoring work.

The above code is the usage code of the standard official SDK, an interface for obtaining token information.

In fact, when the DefaultDingTalkClient is initialized and ready to use OapiGettokenRequest to get the reply object, we can encapsulate the URL (https://oapi.dingtalk.com/gettoken) in the request. We can look for the URL when we don't need to use it, and when corresponding to OapiGettokenRequest request, the data submission method POST or GET should also be correct. It's settled, no need for users to set up better.

In the case of fewer user parameters, constructors can be used to pass in order to reduce the number of lines of code.

Then we can further reduce the number of lines of code invoked by extending the function.

Let's take a look at the call process after I refactored the code and simplify it to two lines of code:

With the help of extension functions, we can also simplify it to a single line of code, as shown below.

For the first N lines of code, the effect is the same as the current one. That's what I want: simplicity is beautiful.

For multiple Request calls, we can also reuse the DingTalkClient object, as shown in the following code.

Of course, because of the request object and the response object, I still retained the original object name, but used a JSON.NET-based way to re-process the definition of the object.

For example, for Token's request and reply object, the original Token reply object definition is as follows

I used JSON.NET-based tags instead of XmlElement tags and simplified some base class attributes. In this way, Json's attribute name is lowercase, but when we convert it to the corresponding entity class, its attribute can be converted to. NET standard Pascal style attribute name.

So when I reconstruct these response classes, all I need is some replacement work.

For the data request class, I add an IsPost attribute to the base class to identify whether it is POST mode or not, otherwise it is GET mode of HTTP data request mode.

Then the submitted PostData data is constructed according to the parameters and the attributes of IsPost.

If I modify the original BaseDingTalkRequest base class object code for the following code.

For request objects such as Request requesting Token, we can inherit this base class, as shown in the following code.

This request class also determines the URL of the request and the mode of data request (GET, POST), so that when calling, these parameters need not be specified again, especially in the case of repeated calls, it simplifies a lot.

Through these definitions, we should understand my idea of reconstructing the whole nail SDK, which is basically based on the principle of encapsulating details as much as possible and simplifying the use of code.

The whole idea is based on the official SDK nail.

For DefaultDingTalkClient, the core class of nail SDK, we make a lot of modification and refactoring to simplify the original code (from 430 lines to 90 lines), and achieve the same function.

In order to introduce the usage of the reconstructed nail SDK, I wrote several functional test interfaces.

The operation code for obtaining Token is shown below.

From the above code, we can see that the processing of Request requests is much simpler, without having to enter annoying URL information, and whether GET or POST mode.

The processing of getting roles is shown below.

The information obtained is output in the output form of VS.

2) Simplify the code with extended functions

From the above code, we can see that DefaultDingTalkClient is still a bit bloated, and we can also optimize requests through extension functions. The following code

If we implement it through extension functions, the code can be further simplified, as shown below. 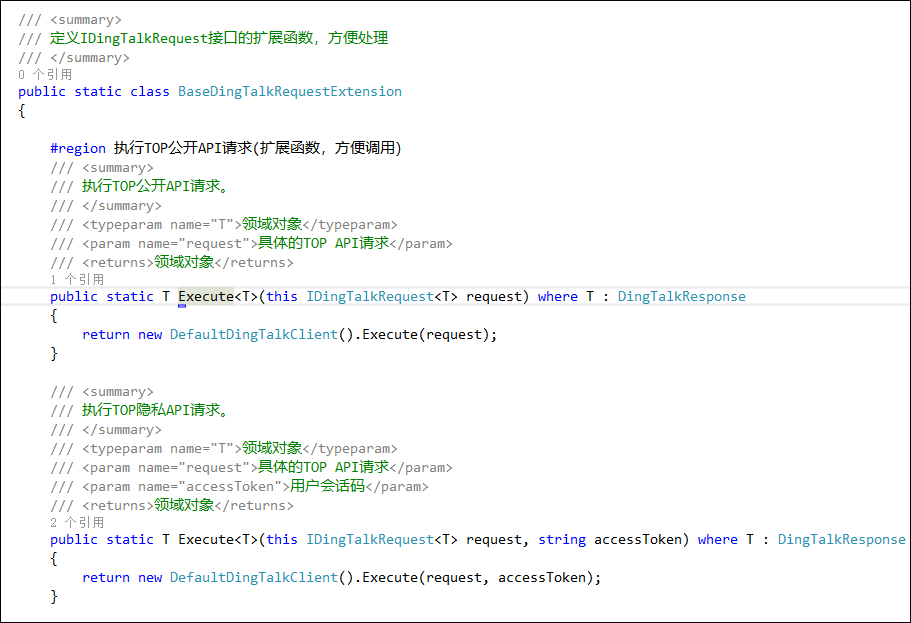 The above is the process of my overall reconstruction of the nail SDK. Because I need to convert all the classes of Request and Response into the content I need, I need to deal with all the classes in a unified way. I need to refer to the official URL, POST/GET mode for each Request class. At the same time, I need to replace the JSON.NET logo and modify the corresponding content. The amount is not small, but for the overall development of nails in the later period, I think it should be worthwhile to pay for this.