Implementation and application of experiment 5-semaphore on Linux-0.11 operating system

Experimentation requirements: pc.c program needs to open a file buffer.txt as a shared buffer, buffer can only save up to 10 numbers at the same time; create a producer process and N consumer processes, where producer processes write consecutive integers to the buffer, 0, 1, 2,..., M, M>=500; The consumer process reads numbers from the buffer one at a time, deletes the read numbers from the buffer, and then outputs the process ID and numbers to standard output.

An integer variable SEM is set as a semaphore.The buffer is empty at this time, sem=0.Note the distinction between sem_wait and sem_post

Executed under ubuntu with the following results: 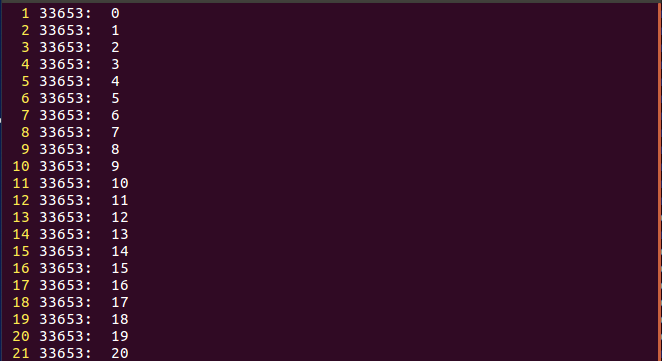 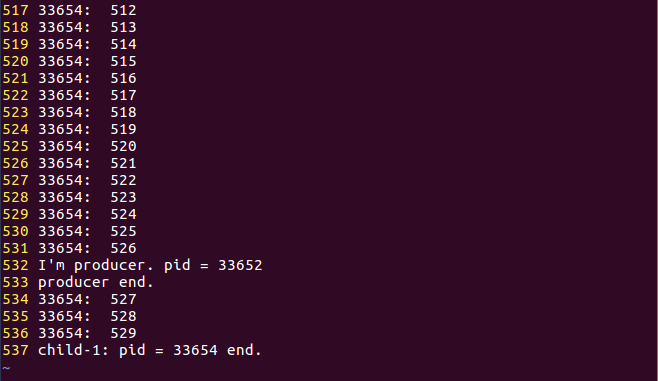 Remove all semaphore-related code from pc.c. and run the program again. Has the execution changed?Why is that?When the designer of the experiment first wrote a producer-consumer program, he did so:

Is this possible?If possible, how does it differ from the standard solution in terms of execution?If not, what's wrong with it that makes it impossible?

Remove all the code related to the semaphore, run the program again, the execution effect has changed, and the output number order is completely confused.

Without semaphores, processes cannot work synchronously, and read and write files cannot be guaranteed to be atomic, sequential and abnormal.

The title code provided in the lab building is logically correct and the code that should be analyzed is shown above.