All the books on the Internet I saw before were Struct directly creating nodes.

I remember typedef struct is a method used to declare linked list nodes in the data structure textbook in college. This method makes it easy for people to operate the linked list. Later, I threw away the books and bought pirated books. I don't know whether it was a version problem or something. Most blogs on the Internet are directly declared by struct. Struct directly declares that the addition, deletion, modification and query of the following linked list have slightly increased the difficulty.

Today, I suddenly saw this writing method when checking the data. After operating it again, I found that it is easy to realize some basic operations of the linked list, so I improved it and posted it

The code is relatively simple, and the important parts are annotated 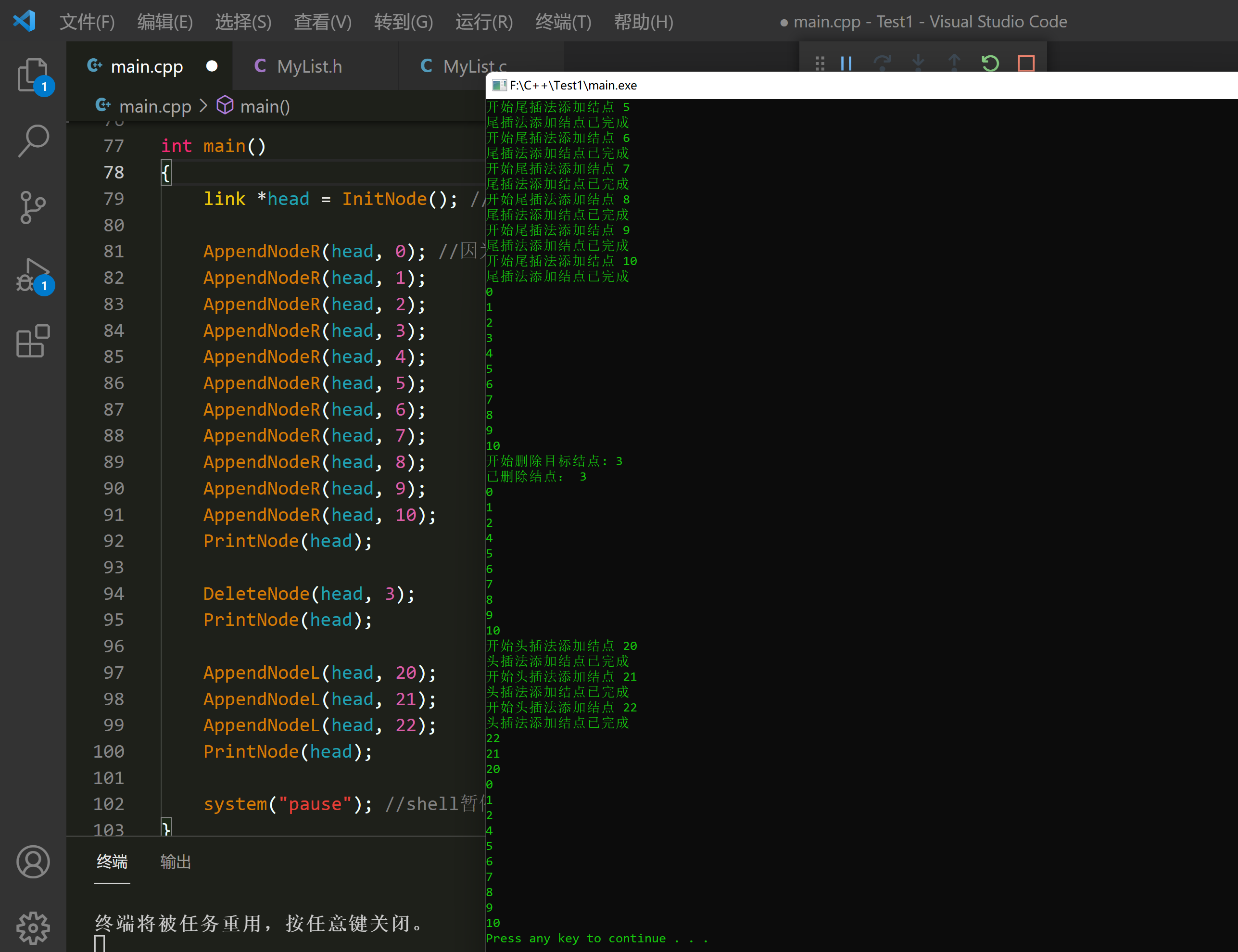 Because the head insertion method took a slight turn, I didn't understand it before. Just draw a picture

As follows, a is the node to be inserted, and head is the next node of head.

three   About many head s in my code

Maybe many of them are heads here, but this is the address of the incoming head. Therefore, although they have been redeclared many times, the same head is passed in the main function, so the head address here is actually the same.

I'll talk about traversing the head later. It may be clearer 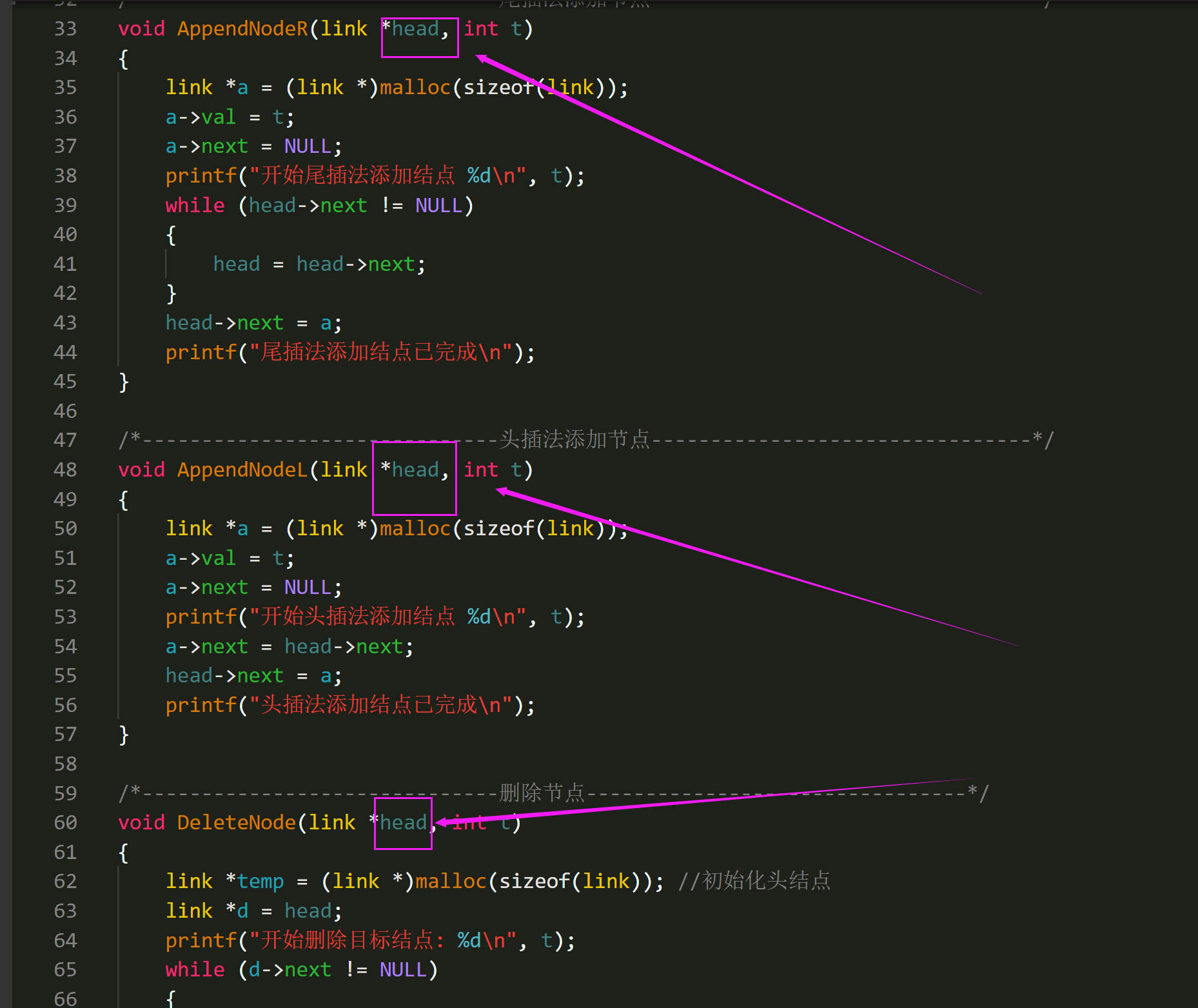 four   About head in traversal function

Our head=head.next here is to move the pointer.

And because the head here is actually a new local address (pointer) variable, changing the value here has no effect on the head in the main function.

In fact, when we apply for memory with malloc, we have already opened up an address in the memory.

Whether to save in the heap or in the stack will be discussed next time.

As shown in the figure, we can see three addresses, which are the positions of head, p and t.

It is clearly stated here that next = the address of the node you want to point to.

As shown in the figure below, the next node is pointed to

six   About next pointing to NULL

In this figure, we can see that after we use malloc to create a structure pointer variable, its value is an explicit address. The structure pointer in our structure does not use malloc, so it points to a random value. As shown in the figure below, it is the same value before pointing to the address, and they all point to the same place. 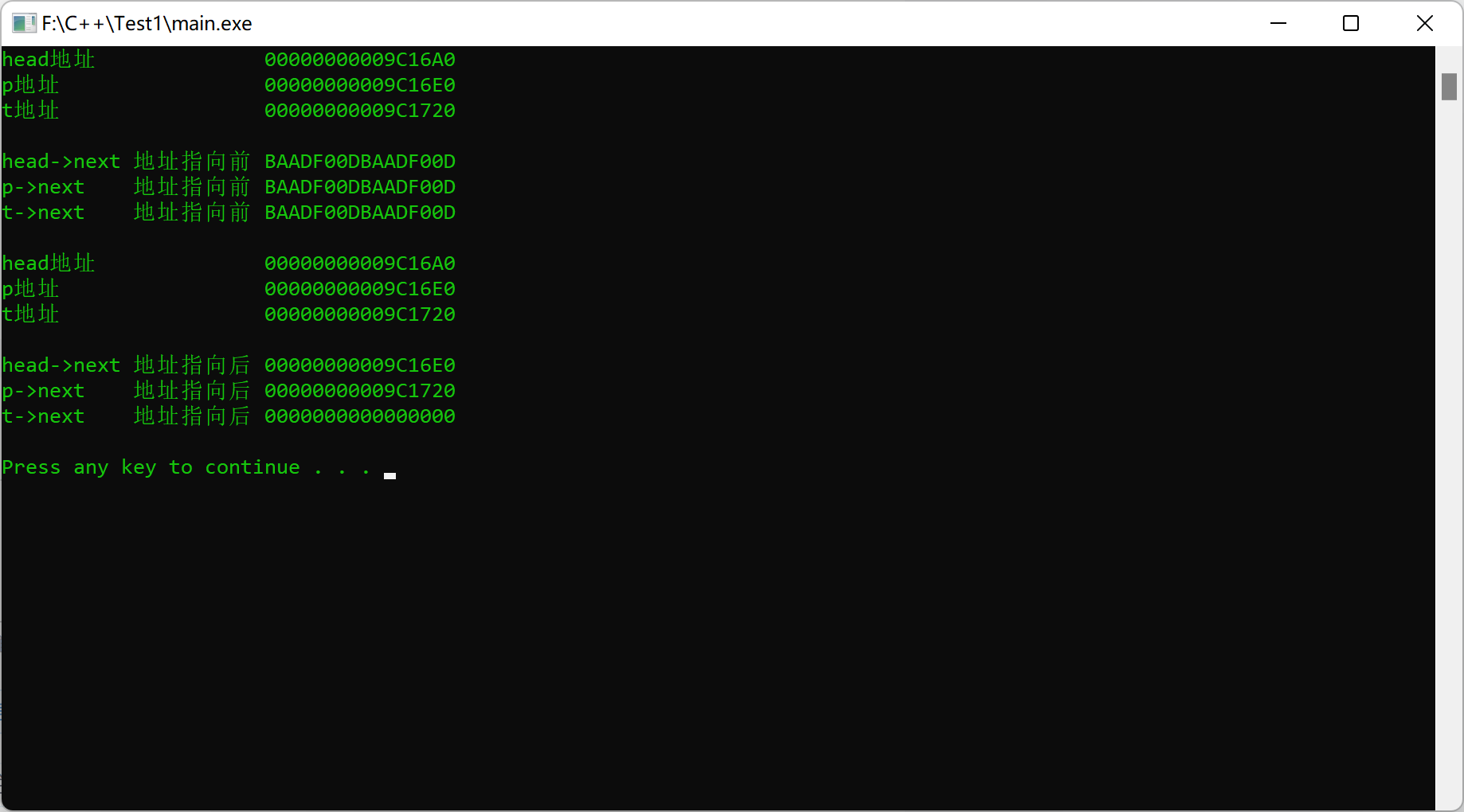 Therefore, it must be noted that the next of the new node must point to NULL 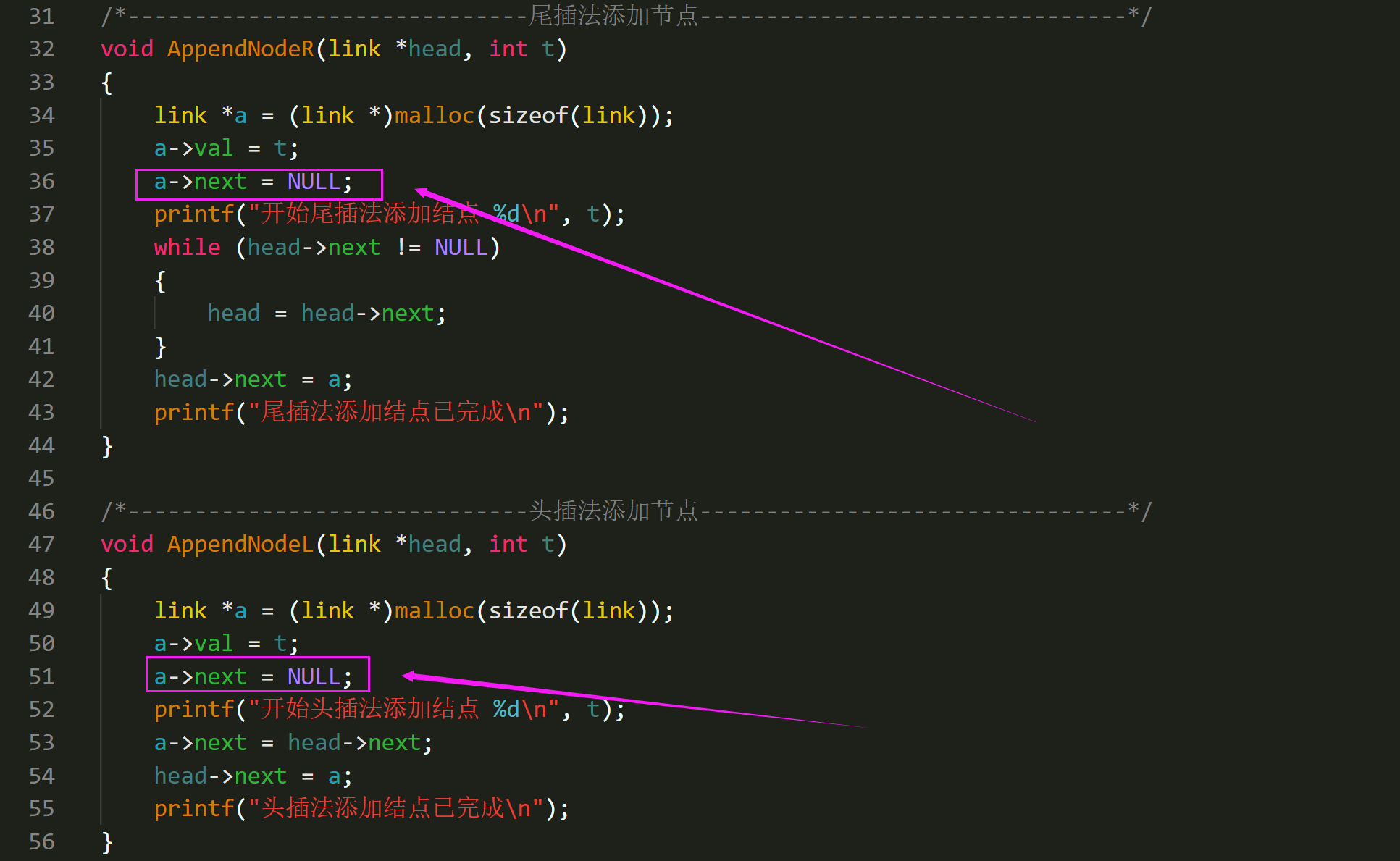