except ❤️ chuang chou dreaming a butterfly ❤️ Besides, what dreams did Chuang Tzu talk about, do you know? A new story leads to a new version——

In addition to Zhuang Zhou's dream of butterfly, what other dreams did Zhuang Zi talk about? Do you know?

1, Dream tree
In the world, Zhuangzi tells a story:
A carpenter came to Quyuan in the state of Qi and saw a huge tree in the temple. The tree is too big. It is as thick as a hundred girths and several feet high. Many people come to the temple to worship.
When the carpenter came, he didn't look. He just walked. The disciple asked curiously. The carpenter explained:
The big tree is "scattered wood". A ship will sink, a coffin will decay, furniture will break, doors and windows will damp, and pillars will be eaten by insects. It's useless to grow so big!
After listening, the disciples suddenly realized.
The carpenter went back and had a dream. I dreamed that the big tree said to him:
You compare me to the so-called useless wood, but the so-called useful trees have their fruits picked when they are ripe and cut off when they grow taller. The trees had a long life, but they died in a few years. Do you want me to end up like this?
The big tree said meaningfully: everything in the world is the same. My pursuit has been useless for a long time. After several twists and turns, I was almost cut off. Now I finally become what I am now. If I was very useful at the beginning, can I live to this day?
Useless is great use!
Dashu added at last: you say I am a scattered wood, why aren't you a scattered man?
This is another dream that Chuang Tzu asked the carpenter to say.

2, Dream Skull
In Zhile, Zhuangzi dreamed that he saw a skeleton frame on his way to the state of Chu.
On a whim, Chuang Tzu knocked on the skeleton with his horse whip and said, "Sir, did you do something injurious to heaven and justice, or were you hacked to death because of the collapse of the country, or were you ashamed to commit suicide because you did something shameful, or did you freeze to death or starve to death, or did you die naturally?"
After that, Chuang Tzu picked up the skull and went to sleep with it.
In the middle of the night, Zhuangzi dreamed that the skeleton was alive and said, "what you said is the situation of living people. When people die, there will be no such troubles."
Chuang Tzu: "what's the point of death?"
The skeleton said, "the dead have no kings, no ministers, no hot and cold seasons, no work, only from calm, long-term with heaven and earth, boundless happiness!"
Zhuangzi didn't believe it and said, "if I can restore your life, will you?"
The skeleton frowned and said, "how am I willing to abandon happiness and return to the world to suffer?"
Zhuangzi left thoughtfully, and then he saw a skeleton.
Zhuangzi pointed to the skeleton and said, "you know, I know, you have never died or lived. What are your worries? What are my pleasures?"
Since all things are equal, there is no need to tangle before and after death.

3, Dream white turtle
In foreign things, Zhuangzi said another dream in the name of song Yuanjun.
One day, song Yuanjun dreamed that someone with scattered hair peeped at the side door and said to himself, "I came from the abyss. When I went to the residence of Hebo, the fisherman Yu caught me."
Song Yuanjun woke up and sent someone to divine that it was a turtle with a circumference of five feet. Song Yuanjun called Yu and offered turtles to the court.
When the white turtle arrived, song Yuanjun wanted to kill the turtle and raise it. He was hesitating.
The diviner said, "if you kill the white turtle and use it for divination, you will be lucky."
So he cut the white turtle open and divined with the tortoise for dozens of times without any mistakes.
After knowing this, Confucius said, "the tortoise can show a dream to song Yuanjun, but it can't avoid the fish net; it can be used for divination without any mistakes, but it can't escape laparotomy. In this way, the gods can't take it into account.
If it is an ordinary turtle, it may be released. Its five foot round white turtle is rare in the world. If it is enshrined in a temple, it is a symbol of sacred glory and secular power. Therefore, it cannot escape being killed.
Chuang Tzu is a free and unrestrained turtle, but he doesn't want to be the one worshipped. For Chuang Tzu, no freedom is like death!

4, Dream ink
This dream is recorded in the "lieyukou":
Zheng suspended Confucianism for three years and finally became a great Confucianism. He ran a school in his hometown and let his brother Zheng Zhai learn Mohism.
After his brother's study, he also returned to his hometown to teach Mohism. For a while, Confucianism and Mohism argued with each other, while their father only helped his brother Zheng Zhai. For ten years, Zheng wanai couldn't bear the pressure to commit suicide.
After his death, Zheng slowly entrusted his dream to his father and said, "I trained your son to become a member of the Mohist family. But you didn't come to see my tomb. Now the trees are growing."
What is the bottom meaning of Chuang Tzu? Your two families don't argue about who is the source and who is the truth. What's the point?

The previous dreams of Chuang Tzu talked about the meaning of life, but the last one talked about different academic views. At that time, Confucianism and Mohism had a great debate, and Taoism was on the side. Most people thought that sitting on the mountain meant watching the tiger fight. Chuang Tzu wrote this dream and said things in a dream. This is Chuang Tzu's traditional method.

Are these new stories of Zhuangzi more bizarre and bizarre than "Zhuangzi Zhou Mengdie"? Although they are not bizarre, today I want to use the word "new" of the new story to lead to a new version, although it is a little mechanically copied—— 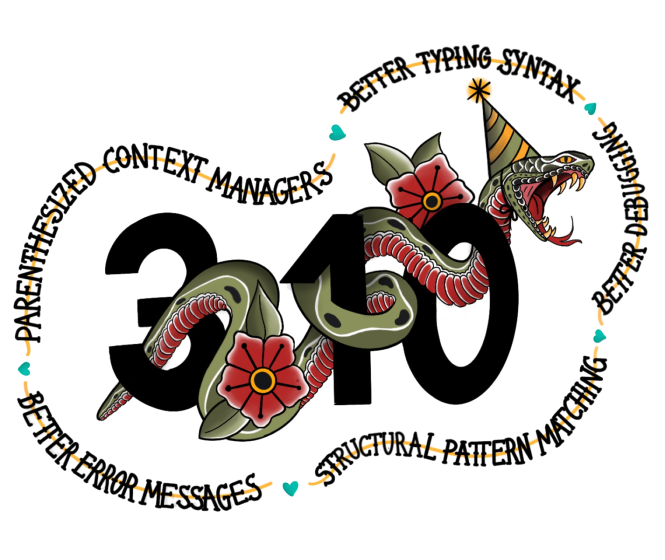 Python 3.10.0 is the latest stable version of Python programming language, which contains many new features and optimizations.

Compared with 3.9, the main new features and changes of version 3.10 include:

Note: Python has not supported Windows 7 and earlier since 3.9 +. 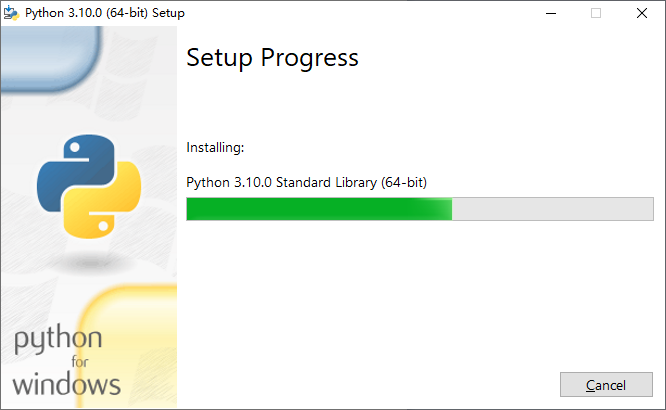 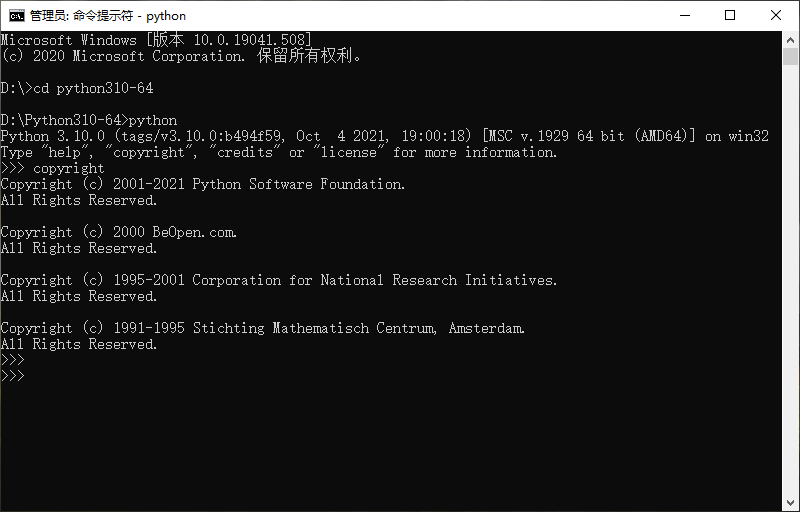 Compared with version 3.8.8, the indentation alignment of statements is clear at a glance 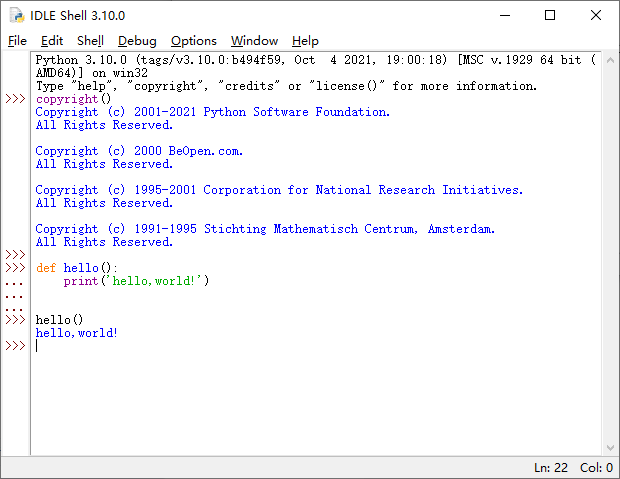 Other in "case other:" is not a keyword, but may be equivalent to case else, otherwise or default in other programming languages. It can be written arbitrarily, but the effect is the same, as follows:

How can there be assignment function?

Is this a bug, or is it careless and not updated? In the new version, the keyword match case has been highlighted and highlighted in yellow, which is the treatment of keywords, but the kwlist list in the built-in database keyword has not been added. 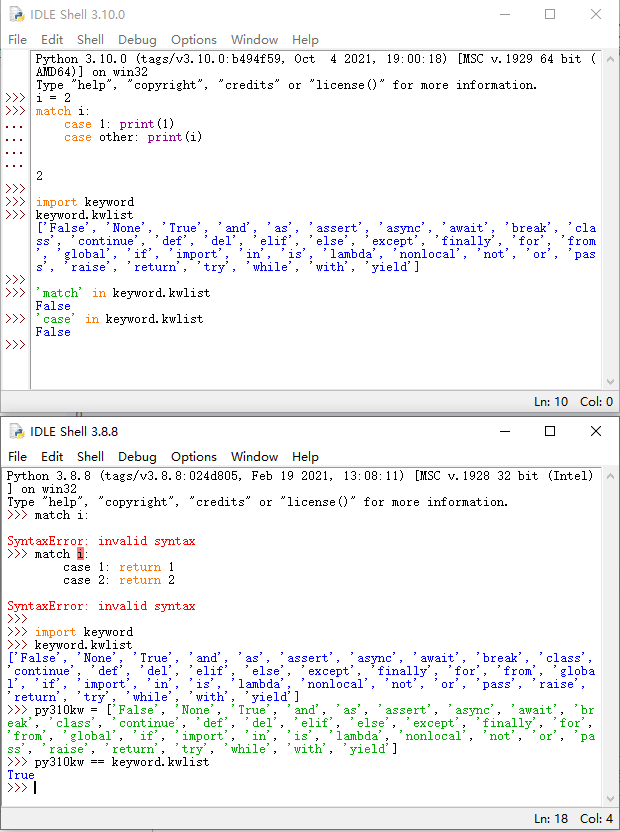 Python 3.10.0 has many new functions, which need to be further studied and explored in the future