Java as an object-oriented language. The following basic concepts are supported:

In this section, we focus on the concepts of objects and classes. Recommended distributed architecture Source address source 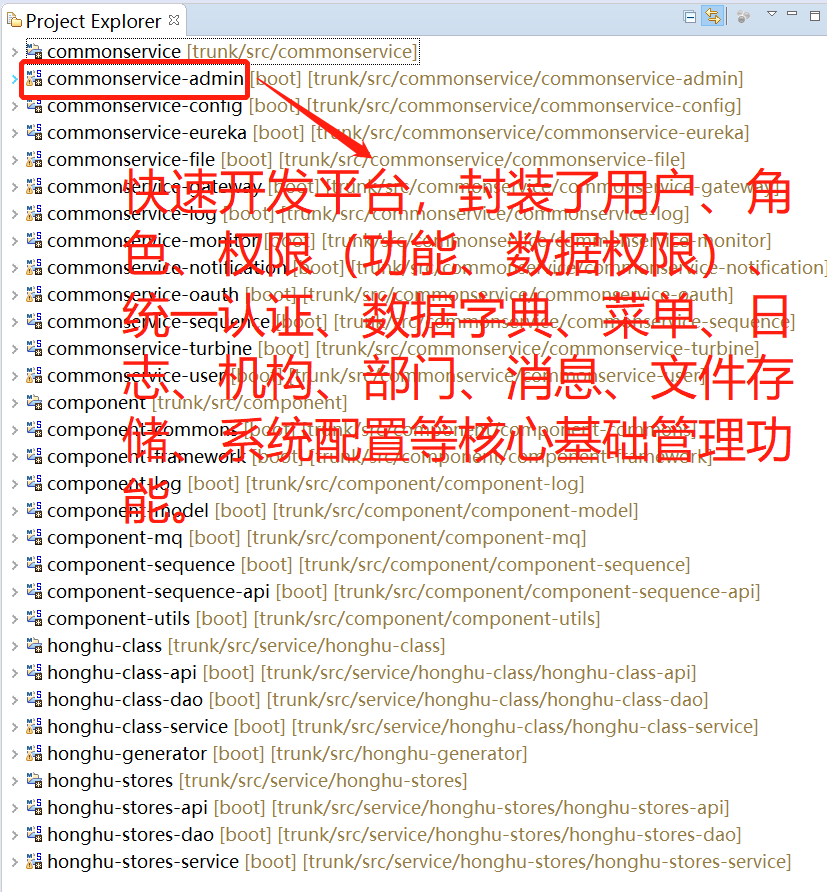 In the following figure, boy s and girl s are classes, and each person is an object of this class:

In the following figure, the car is a class, and each specific car is an object of the car class. The object includes the color, brand, name, etc. of the car. 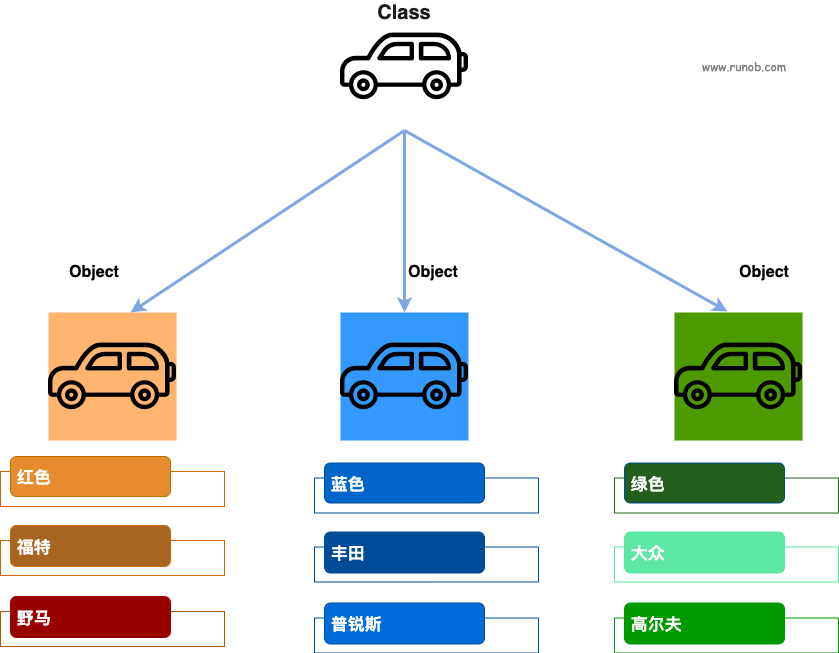 Now let's take a closer look at what objects are. Look at the real world around you and you will find many objects, cars, dogs, people and so on. All of these objects have their own state and behavior.

Take a dog for example. Its state includes: name, variety, color, and its behavior includes barking, wagging its tail and running.

Compared with real objects and software objects, they are very similar.

Software objects also have states and behaviors. The state of a software object is an attribute, and its behavior is reflected by methods.

In software development, the method operates the change of the internal state of the object, and the mutual call of the object is also completed through the method.

Class can be seen as a template for creating Java objects. 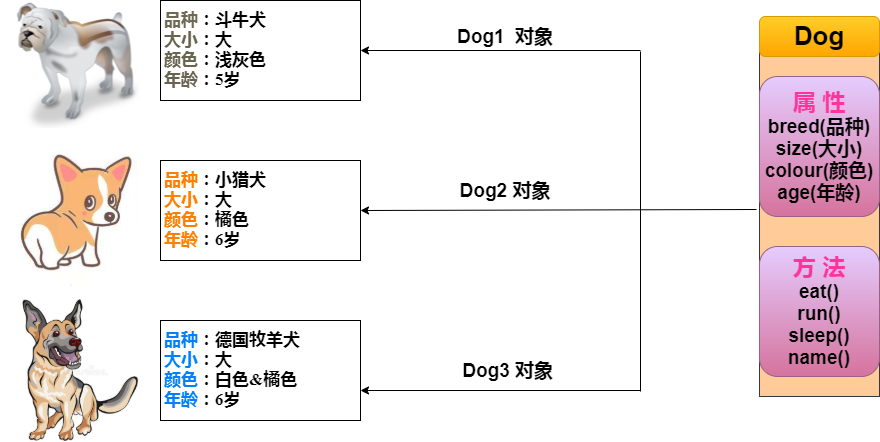 Create a simple class as shown in the figure above to understand the class definition in Java:

A class can contain the following types of variables:

A class can have multiple methods. In the above example, eat(), run(), sleep() and name() are all methods of the Dog class.

The following is an example of a construction method:

Objects are created from classes. In Java, the keyword new is used to create a new object. Creating an object requires the following three steps:

The following is an example of creating an object:

Compiling and running the above program will print the following results:

Access member variables and member methods through the created object, as follows:

The following example shows how to access instance variables and call member methods:

Compile and run the above program to produce the following results:

In the last part of this section, we will learn the declaration rules of the source file. Pay special attention to these rules when defining multiple classes in a source file, as well as import statements and package statements.

Classes have several access levels, and classes are also divided into different types: abstract classes and final classes. These are described in the access control section.

In addition to the types mentioned above, Java also has some special classes, such as internal classes and anonymous classes.

In Java, if you give a complete qualified name, including package name and class name, the java compiler can easily locate the source code or class. The import statement is used to provide a reasonable path so that the compiler can find a class.

For example, the following command line commands the compiler to load Java_ All classes under the installation / Java / Io path

In this example, we create two classes: Employee   and   EmployeeTest.

First open the text editor and paste the following code. Note that save the file as Employee.java.

The Employee class has four member variables: name, age, design, and salary. This class explicitly declares a constructor that has only one parameter.

The EmployeeTest class is given below. This class instantiates two instances of Employee class and calls methods to set the value of variables.

Save the following code in the EmployeeTest.java file.

Compile these two files and run the EmployeeTest class. You can see the following results: