Are you still stepping on the ten thousand year pit of GIT? Promise me not to be stupid

Here are the most complete strategies about GIT in the whole network. Please praise it before you see it to prevent getting lost

Version control tool is a link in implementing the concept of devops and CI/CD. It is an indispensable technology for automatic test engineers.

The difference between GitHub, gitee and gitlab

If you are on a Debian based distribution, such as Ubuntu, use apt:

There are several ways to install Git on a Mac. The easiest way is to install Xcode Command Line Tools. On Mavericks (10.9) or later systems, try running the Git command for the first time in Terminal.

If you have not installed the command line developer tool, you will be prompted to install it.

There are several ways to install Git on Windows. The official version can be downloaded from Git's official website. Open https://git-scm.com/download/win , the download will start automatically. Double click the downloaded installation file and install it according to the boot program.

After installing Git, the first thing to do is to set up your user name and email address. This is very important because each Git submission will use this information, which will be written into each submission and cannot be changed. Run the following command on the terminal:

The addition of -- global indicates global settings, which only need to be set once.

In the above operation, we just did an initialization operation, and the files in the project have not been tracked.

If you are versioning in a folder of existing files (not an empty folder), it is time to start tracking these files. You can specify the required files for tracking through the git add command.

To submit the files tracked in the previous step to the repository, run the command git commit. This launches a text editor to enter the submission instructions.

Git has three states, and your file may be in one of them: committed, modified, and staged.

This will make our Git project have three phases: workspace, staging area and Git directory. 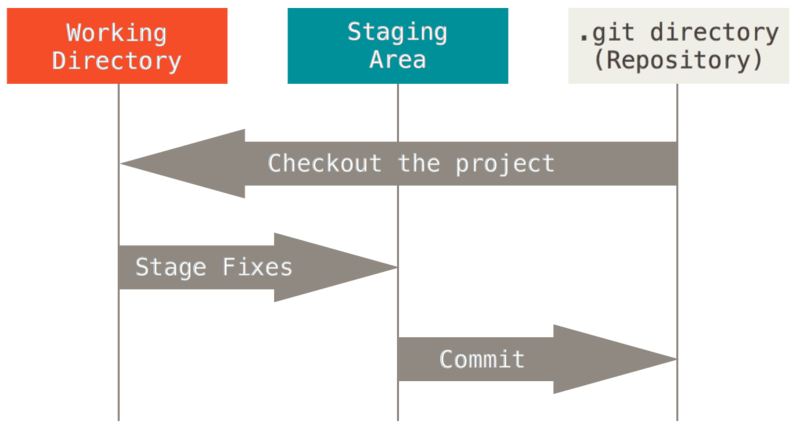 The basic Git workflow is as follows:

Every file in your working directory is in these two states: tracked or untracked. Tracked files refer to those files that have been included in version control. They are recorded in the last snapshot. After working for a period of time, their status may be unmodified, modified or put into the staging area. In short, tracked files are files that Git already knows.

You can use the git status command to see which files are in what state. If all files have not been modified and have been submitted to the local database, and are consistent with the workspace, staging area and Git warehouse in time, you will see outputs like this:

Now, let's create a new README file under the project. If the file does not exist before, use the git status command and you will see a new untracked file:

Now let's modify a file that has been tracked. If you modify a tracked file named test.py and run the git status command, you will see the following:

When you want to track all the files in the directory, you can run the command git add

After submitting several updates, you may want to review the submission history. The simplest and most effective tool to accomplish this task is the git log command. For example, when running the git log command in my previous project, you can see the following output:

Without passing in any parameters, by default, git log will list all submissions in chronological order, with the latest updates at the top. The git log command also has many parameters for searching and displaying.

One of the most useful parameters is -- pretty. This parameter can display the submission history in a way different from the default format. This option has some built-in sub options for you to use. For example, oneline will display each submission on one line, which is very useful when browsing a large number of submissions. In addition, there are short, full and fuller options, which basically have the same format but different levels of detail:

A remote repository is a repository of your project hosted on the Internet or other networks.

After registering and logging in the code cloud, click the plus sign in the upper right corner and select new warehouse 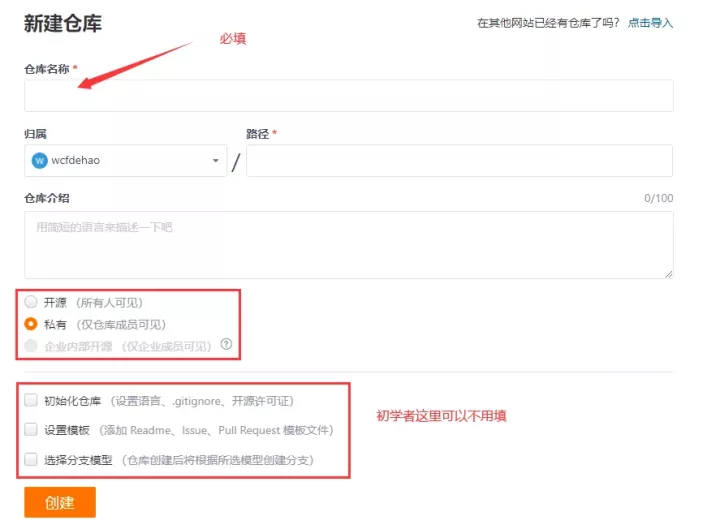 Enter the new warehouse page, fill in the necessary options and click create 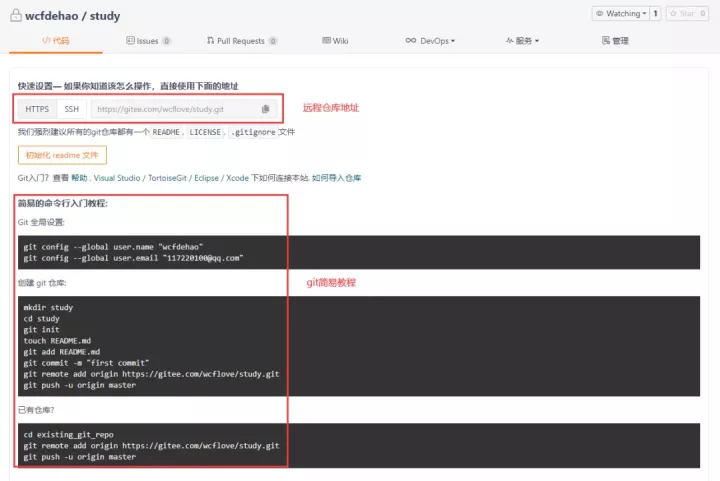 After the warehouse is created successfully, the following page will appear, including the address of the warehouse and some help information

You can push your local project to a remote warehouse by using the command git push < remote > < Branch >. When you want to push the master branch (which we will discuss in detail later) to the origin server (again, the two names will be automatically set for you during cloning), you can back up your work to the server by running this command:

Note: your permission needs to be verified in this step. If the address of https protocol is used when adding the remote warehouse, you need to enter the user name and password. If you use an ssh protocol address, you need to configure the ssh public key (see the code cloud help document for details).

After the push is successful, refresh your remote warehouse, and you will see the file just pushed.

To obtain data from a remote warehouse, you can:

This command will access the remote warehouse, pull all the data you don't have, and automatically merge the remote branch to the current branch.

Running the command git clone < URL > will download the remote repository to the current directory. For example:

The branch of Git is essentially just a variable pointer to the submitted object. The default branch name of Git is master. After multiple commit operations, you actually have a master branch pointing to the last commit object. The master branch automatically moves forward each time it is submitted. 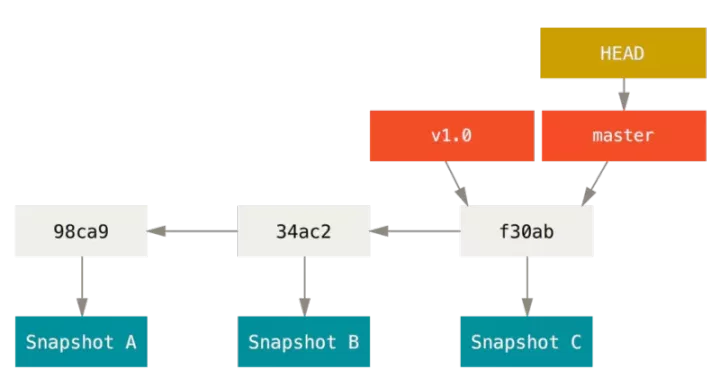 Creating a branch is very simple. It just creates a new pointer that can be moved for you. For example, to create a testing branch, you need to use the git branch command:

This creates a pointer on the commit object where it is currently located.

Git has a special pointer called HEAD, which points to the current local branch. In this case, you are still on the master branch. Because the git branch command only creates a new branch and does not automatically switch to the new branch.

To switch to an existing branch, you need to use the git checkout command. Let's switch to the newly created testing branch:

So HEAD points to the testing branch.

After we work on the testing branch and form some columns for submission, we can switch back to the master branch and run the git merge command:

Merge it into the master branch.

Sometimes the merge operation does not go so smoothly. If you make different changes to the same part of the same file in two different branches, Git can't merge them cleanly.

At this point, GIT makes a merge, but does not automatically create a new merge submission. Git will pause and wait for you to resolve the conflict arising from the merger. You can use the git status command at any time after the merge conflict to view those files that are in the unmerged state because they contain the merge conflict:

Any files to be resolved because they contain merge conflicts are identified as unmerged. Git will add standard conflict resolution tags to files with conflicts, so that you can open these files with conflicts and resolve them manually. The conflicting file will contain some special sections, which look like the following:

For example, you can resolve the conflict by changing this paragraph to look like the following

The above conflict resolution solution only retains the modification of one branch, and < < < <, =========, and > > > > > > these lines are completely deleted. After you have resolved the conflicts in all files, use the git add command for each file to mark it as resolved. Once these conflicting files are staged, Git marks them as resolved.

You can run git status again to confirm that all merge conflicts have been resolved:

If you are satisfied with the result and you are sure that the previously conflicting files have been temporarily saved, you can enter git commit to complete the merge submission.

If you need the following information, you can click below to get it for free