The snow in the north, you said it was poly dragon. What if there is no snow in the south? Let me arrange a romantic snow for you in Python

Hello everyone, here is the list of code gods (a little boastful, ha ha). It's a newcomer. I hope you can give me more advice. [customary opening remarks]

Last weekend, the North ushered in the first snow of this year, a little earlier than that between Israel and Israel. The sudden snowfall made me want to make a snow animation in Python and give it to our friends in the south. 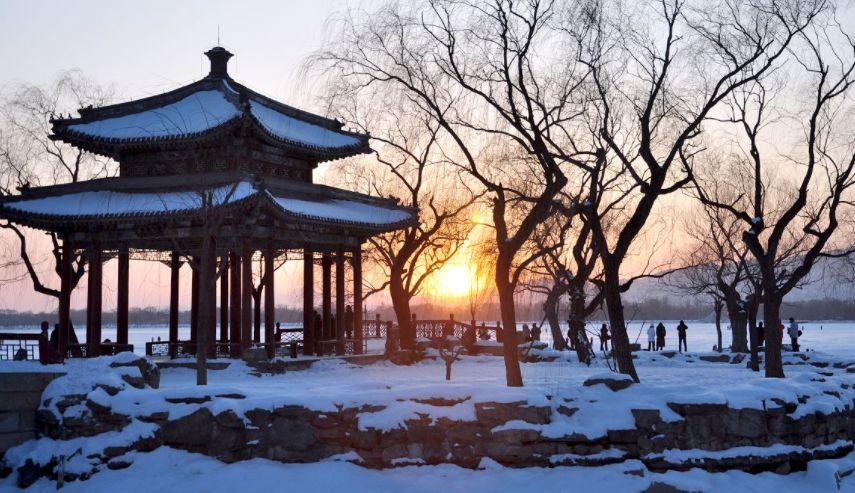 Here I use pygame to implement it, and the Python version uses 3.8. The implementation method is described below.
First, install pygame by executing the following command

clock will be used to set the frame rate, bg_size is the size (width and height) of the application window, and screen is the created screen (application window) to which you can add elements. bg is a loaded picture used as the background image of the window.
To make a snow effect, there are actually two steps. The first step is to define the snow, and the second step is to make the snow move.

The definition of snowflakes is relatively simple. We can use large and small circles instead. To define a circle, you need to have a center and radius. At the same time, we will also define the moving distance in this step.
Write a function to generate circles in batch

The idea of moving snowflakes is also relatively simple. When snowflakes are displayed on the screen for the first time, we follow x_delta and y_delta adjusts the center of the snowflake, and then refreshes the screen. At this time, the snowflake will move to a new position. Then we move the center again, and the snowflake can continue to move. Repeat this step continuously to achieve the effect of snow.
The above process can be done with a for loop.

Call get_snows_circle(250) generates 250 snowflakes, followed by a while loop to refresh the screen.
for snow_ info in snow_ The pics: code is what we started talking about, displaying 250 snowflakes, and then adjusting the center of the circle.
Other codes have comments, which will not be repeated here.

I use the accompaniment version of the sound of snow falling, which sounds very good.

In addition to using circles, you can also use ready-made icons, such as

I used it to achieve a version, the effect is as follows 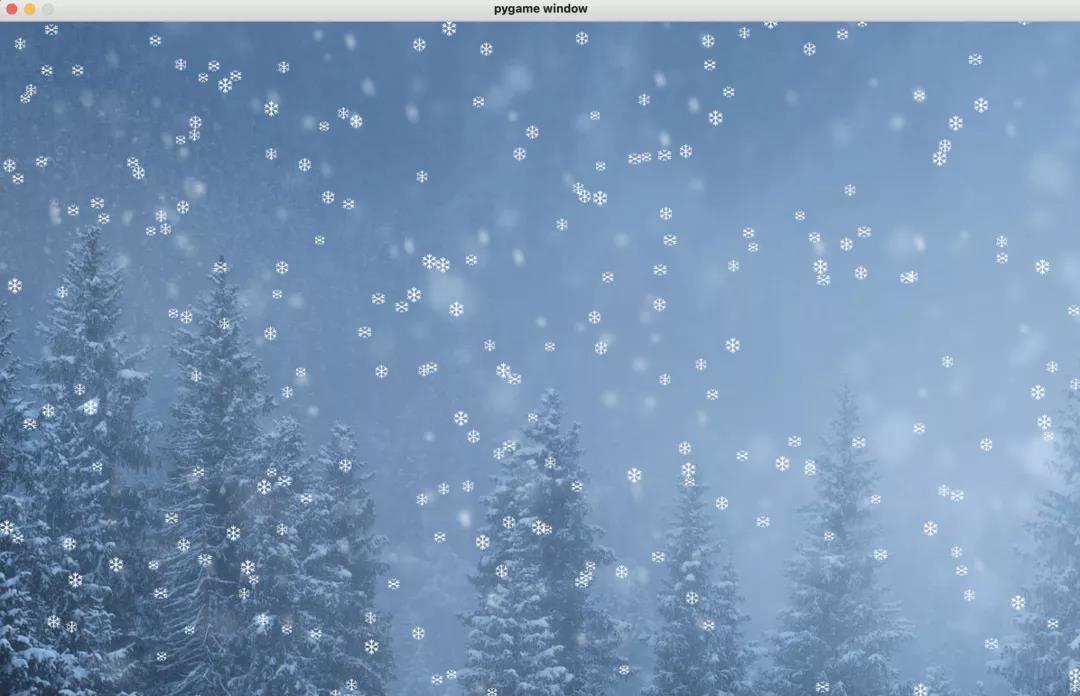 Personally, I think this circle is not good-looking. Although the icon is better than the circle, it is too square. On the contrary, the whole picture looks very rigid. This varies from person to person. You can also change the background picture into a sweet picture to a programmer like romantic picture.

In addition, remind everyone to keep warm in cold weather, especially friends who ride to and from work should pay attention to safety.