Python crawls to the film review of Doraemon - walk with me 2, and takes you to draw the word cloud picture hand in hand!

Introduction to this article

This article prohibits others from reprinting. If there is infringement, take it seriously!

Doraemon: walking with me 2 is one of the works commemorating the 50th anniversary of Doraemon. It was released in mainland China on May 28, 2021.

Doraemon series is A story that accompanied me and even several generations of people. Over the past 50 years, Mr. Fujiko F. buerxiong has created countless novel props, such as bamboo dragonflies, arbitrary doors, time machines and so on, so that Da Xiong and his friends have experienced various adventures such as the space war and the dinosaur era, as well as many dramatic daily life.

Before and after children's day, I heard that Da Xiong and Jing Xiang were married. I wrote this article deliberately, and I taught you how to draw words and pictures.

Well, this article is based on the word cloud drawing of Douban film review. Through this article, you will receive:

Of course, there are many other data on Douban, which is worth climbing and analyzing. But in this article, we only crawl the comment information.

Since there is only one field, we directly use re regular expression to solve this problem.

Look at those reptiles, Xiaobai. This is another good opportunity for you to practice.

Let's talk about the steps of crawler directly:

The final effect is as follows:

The detailed steps of drawing word cloud are as follows:

Here, you can import whatever library you need.

Here, with open() reads the text file, so I won't explain it. Here we explain the dynamic modification dictionary.

In view of the above segmentation results, what if we want to treat "Hubei Guangshui" and "the Third Street" as a complete word without cutting them apart? At this point, you need to use add_word() method to dynamically modify the dictionary.

With the above foundation, we read the text directly and modify the dictionary dynamically.

Read the stop words and use the split() function to get a list of stop words. Then, use the + sign to add the additional stop words to the list.

Note the value in the series_ Use of counts(). 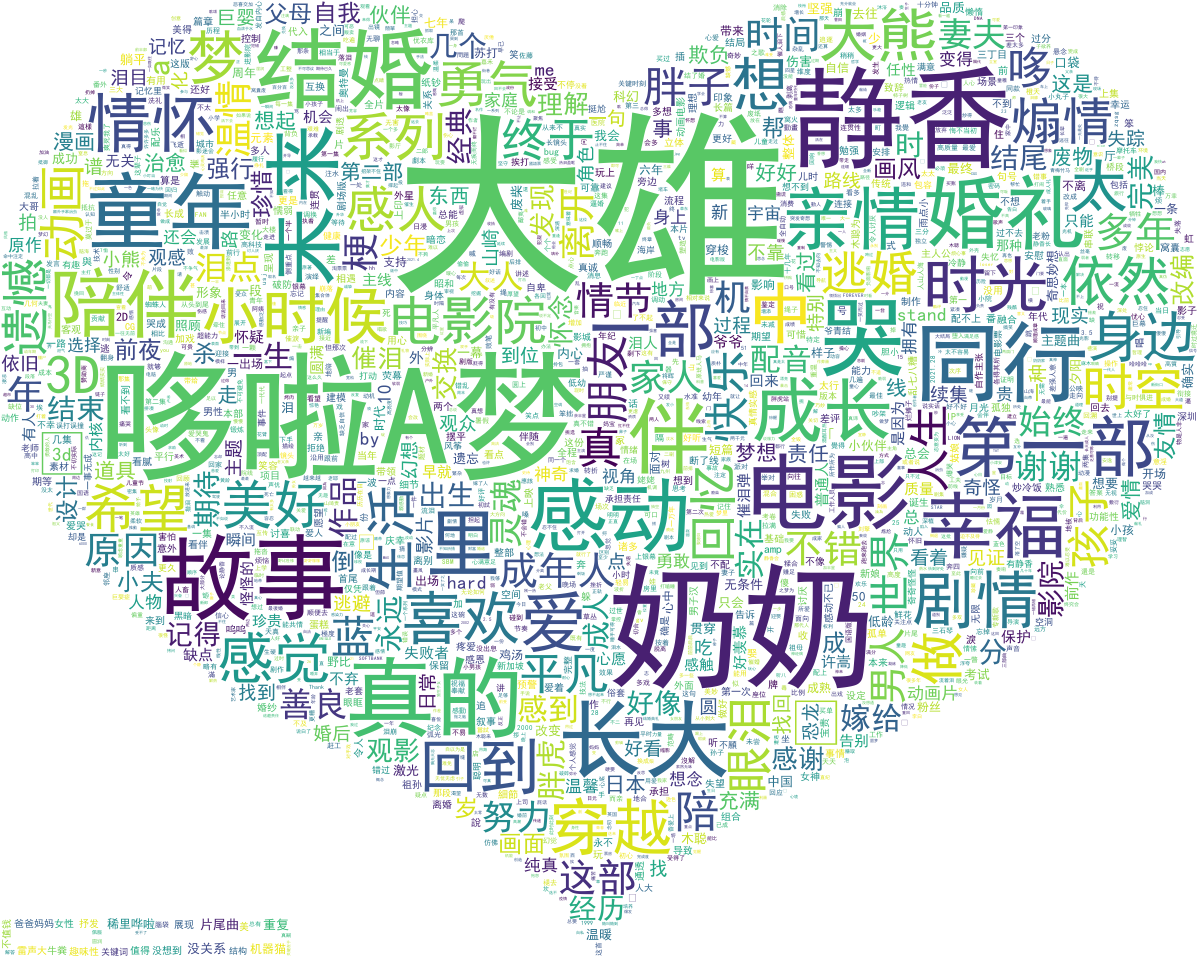 It can be roughly seen from the word cloud picture: This is another tear film, this is a feeling film. The Da Xiong who grew up with us are married? What about us? In fact, when we were young, we looked forward to Da Xiong and Jingxiang being good friends. In this film, they got married. How should the film be staged? You can go to the cinema and find out.