JAVA Concurrent Programming -- Introduction and use of Future and completable Future

2. Use of future class

1. Introduction to future
We were in this article before JAVA Concurrent Programming -- Introduction and use of Callable interface and FutureTask As mentioned in, Future is an asynchronous processing thread class that can obtain the return value.
Before, whether we inherited the Thread class or implemented the Runnable interface, we couldn't get the return value of the Thread, but we can do it in the future. Future is a Thread with a return value, which we may not understand. Let's use a production case to illustrate this example.

2. Use of future class
Suppose we have such a requirement:

Let's start with a page: 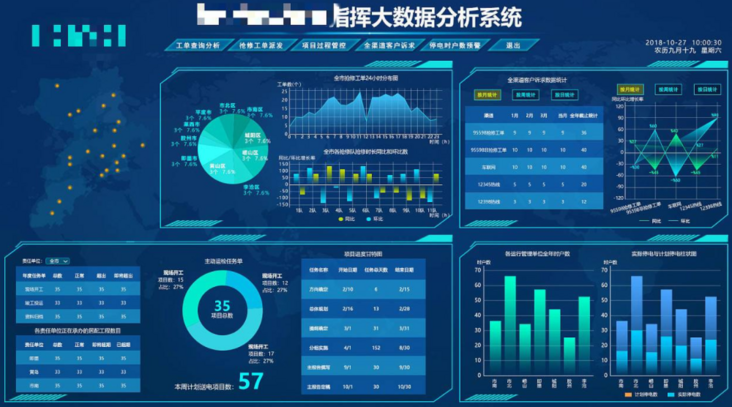 This is a picture of a large data screen found on the Internet. What would you do if the data on this screen were to be queried and returned?

We know that the business logic to be queried is different due to the different areas displayed on the large screen. It can be divided into the following areas: 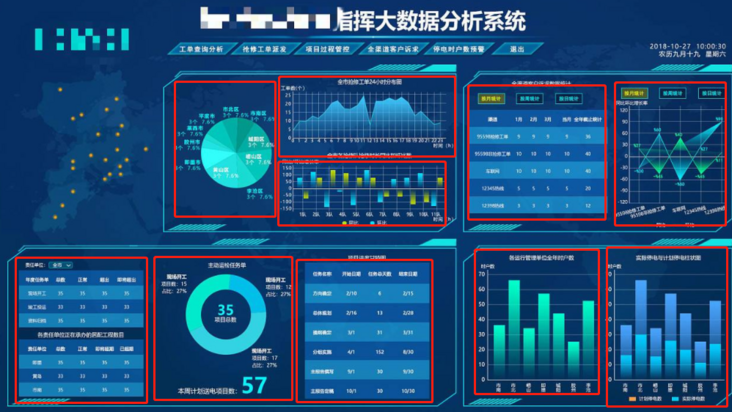 If you are a novice now, you may query area by area in series. After area one is checked, check area two, then area three, and then return to the front end. This is not efficient.

So it's still abstract. Let's take a picture as an example: 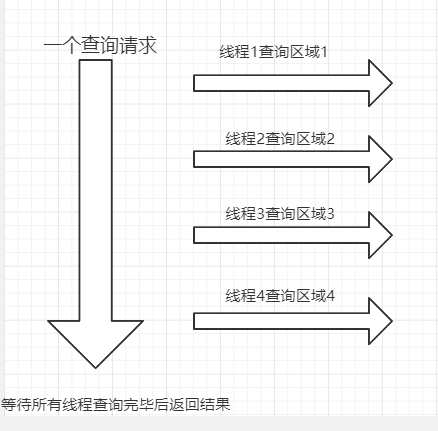 It should be explained with this picture. Next, we use the Future class to show the code:

It can be seen that no matter how many data sets we query, only the data set that takes the longest query time is enough, which realizes the effect of synchronous parallel query and greatly reduces the query time.

However, we should pay attention to this line of code:

get means to block the returned results all the time, but adding a number and unit means to wait only 5 seconds, otherwise an exception will be thrown.
When we work, if we need to call someone else's interface to return data, but we don't know how long the other party has to calculate, maybe the other party's interface will drag down the whole function we write. In order to avoid this situation, in order to protect ourselves at work, we need to learn to add a layer of insurance. If the other party's interface does not return in five seconds, it will be out of date.

There are still many shortcomings. At this time, we can use the completabilefuture class!

Completable Future makes up for the shortcomings of the Future model. It can combine multiple result sets into a result set, and can divide an asynchronous task into several stages for calculation. The later results depend on the previous results, and so on.

It implements the Future interface and CompletionStage interface.

CompletionStage: represents a stage in the asynchronous computing process. After one stage is completed, another stage may be triggered.

Let's take a closer look at the methods owned by CompletionStage. According to theapply, whenComplete, exceptionally and other methods, we can roughly see that this class can program each stage of a calculation and complete the next step first, (according to thenApply) execute the next step, (whenComplete) what will happen when it is finished, (exceptionally) what will happen if an exception is thrown, etc.

Like a call chain, this is called chain programming. 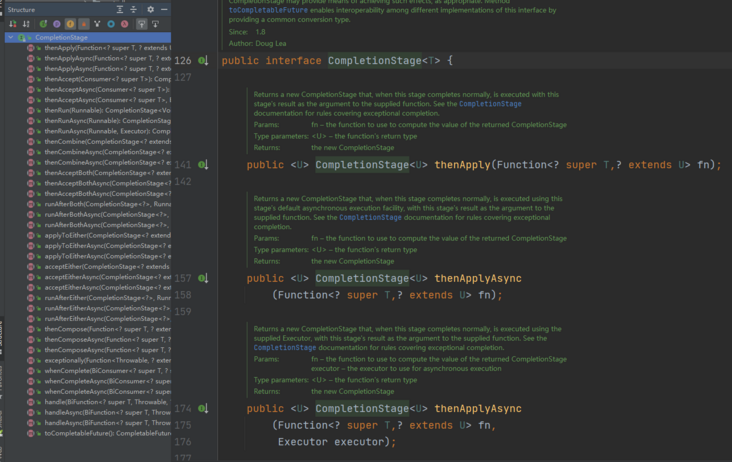 Next, we use a case to carry out actual combat with completable future.

Suppose we have an e-commerce price comparison demand:
We need to collect the price of the book Think in java from major websites, open multiple threads to collect from major websites, output information to the console after collection, and output information after thread execution. Please use completable future and chain programming to solve this problem.

The most critical execution method

Here, we extract the completable future and find that the code will be as follows:

Through today's study, we have learned about the basic theory and practice of Future and completable Future. These are two classes that are very easy to use. I hope we can use them more in our work, but don't use multithreading blindly, because using more than one tool will bring more risks.