1.1 background and origin of Causal Impact under observation data

Non randomized effect evaluation method (2) Figure 1 illustrates the methodology of causal inference, which is the master key of analysis when AB test is not available 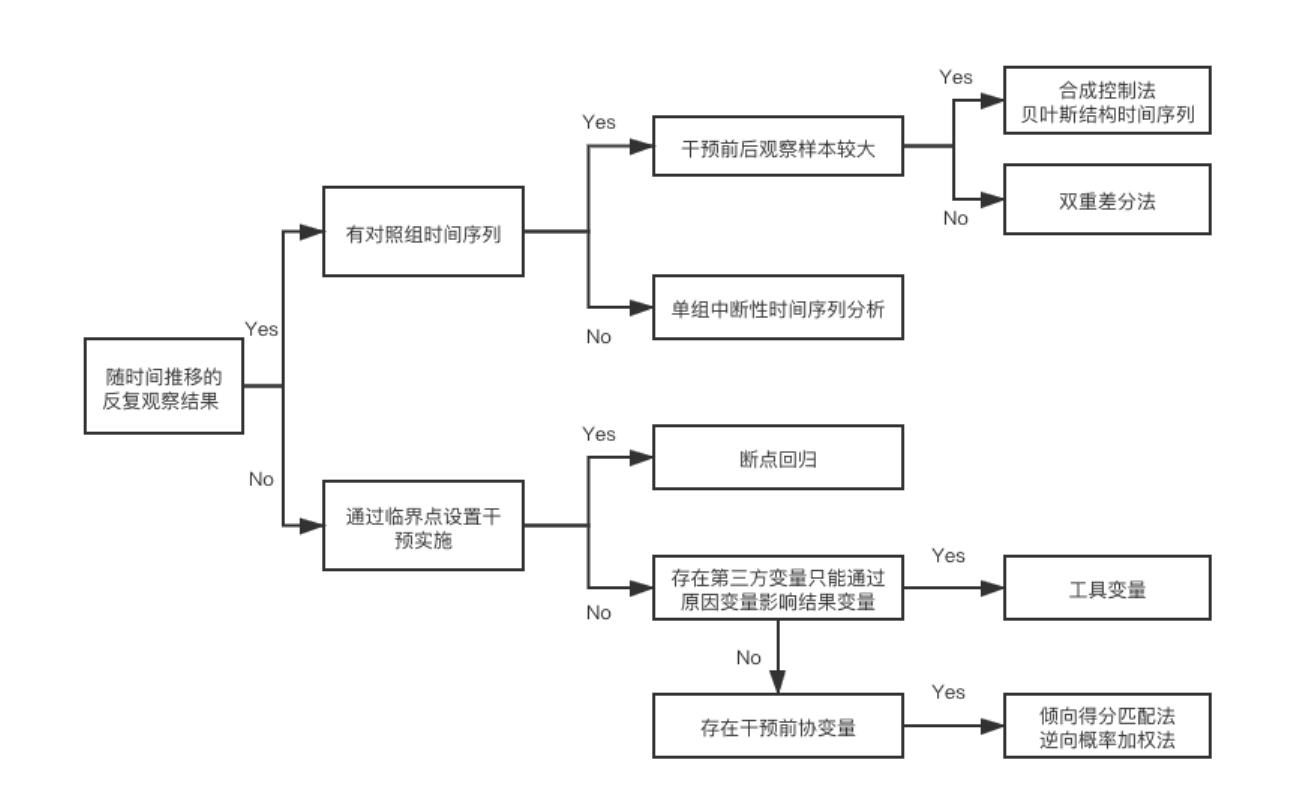 In some scenarios where random experiments cannot be carried out, synthetic control is required

When evaluating the effect of most operations and products, the most commonly used method is effect = post launch effect - pre launch effect. The biggest problem of this method lies in its key assumption that the online function or activity is the only variable that affects the effect. But just think about how unreasonable this assumption is.

The upgraded evaluation scheme may find a city or market to compare with the online cities. This idea is very similar to DID, but it also implies a key assumption, that is, cities with highly synchronous long-term change trends can be found, which is very difficult for businesses with strong regional characteristics.

A more upgraded version of the scheme may not need to find a city with a very similar change trend, and through a method similar to integrated learning, take multiple cities as inputs, and combine their own long-term time series fluctuations to fit a virtual reality without online strategy. It makes the search for highly synchronous cities change from a strong hypothesis to a weak hypothesis. Causal Impact is a concrete practice of this idea.

Causal Impact is based on Bayesian structure time series model. It will synthesize a variety of information inputs and combine its own time series to construct a virtual value whose strategy is not online, which is illustrated by a case.

Data analysis (12): how to quantitatively evaluate the effect of marketing and product revision on business if AB test cannot be done

In this method, you need to prepare: 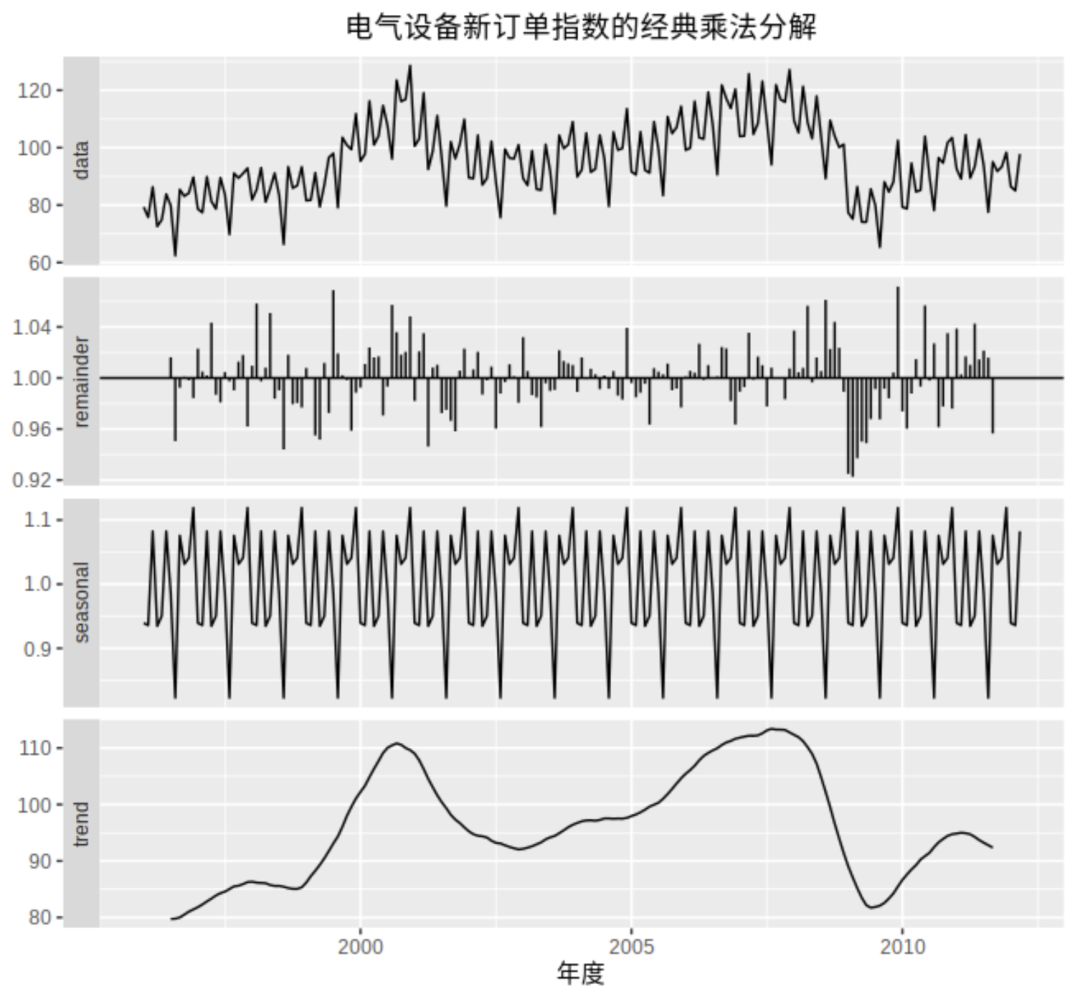 The takeout company launched strategy S in city A to improve the order matching rate. Since the strategy control experiment can not discriminate against riders, it cannot carry out AB experiment. It must be launched in full, and the strategy effect needs to be evaluated.

The construction of CausalImpact is divided into two steps:

·By observing the fitting results, judge whether the strategy is consistent with the significant effect 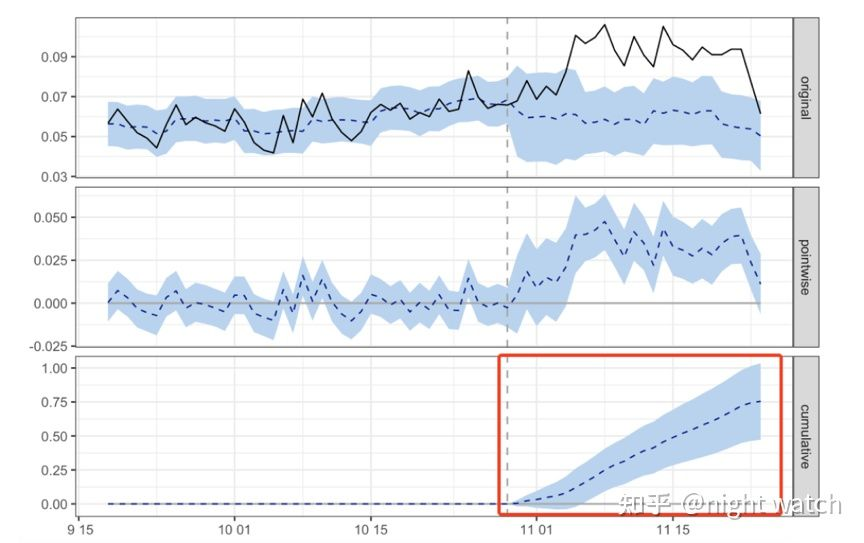 The author interprets more of the following figures: 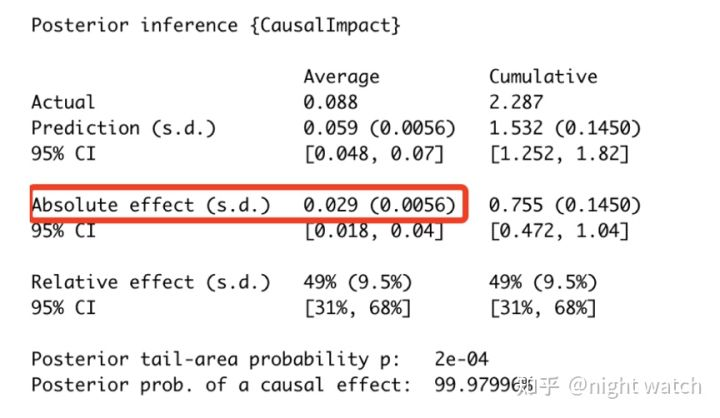 Problems in the above workflow:

The data used is the same as the last time when the difference method was used. The number of visitors of Recruit Restaurant Visitor Forecasting restaurant was used to determine the impact effect of a store during the Yulan basin Festival (8 / 11-20).

The layout of the two stores is like this. 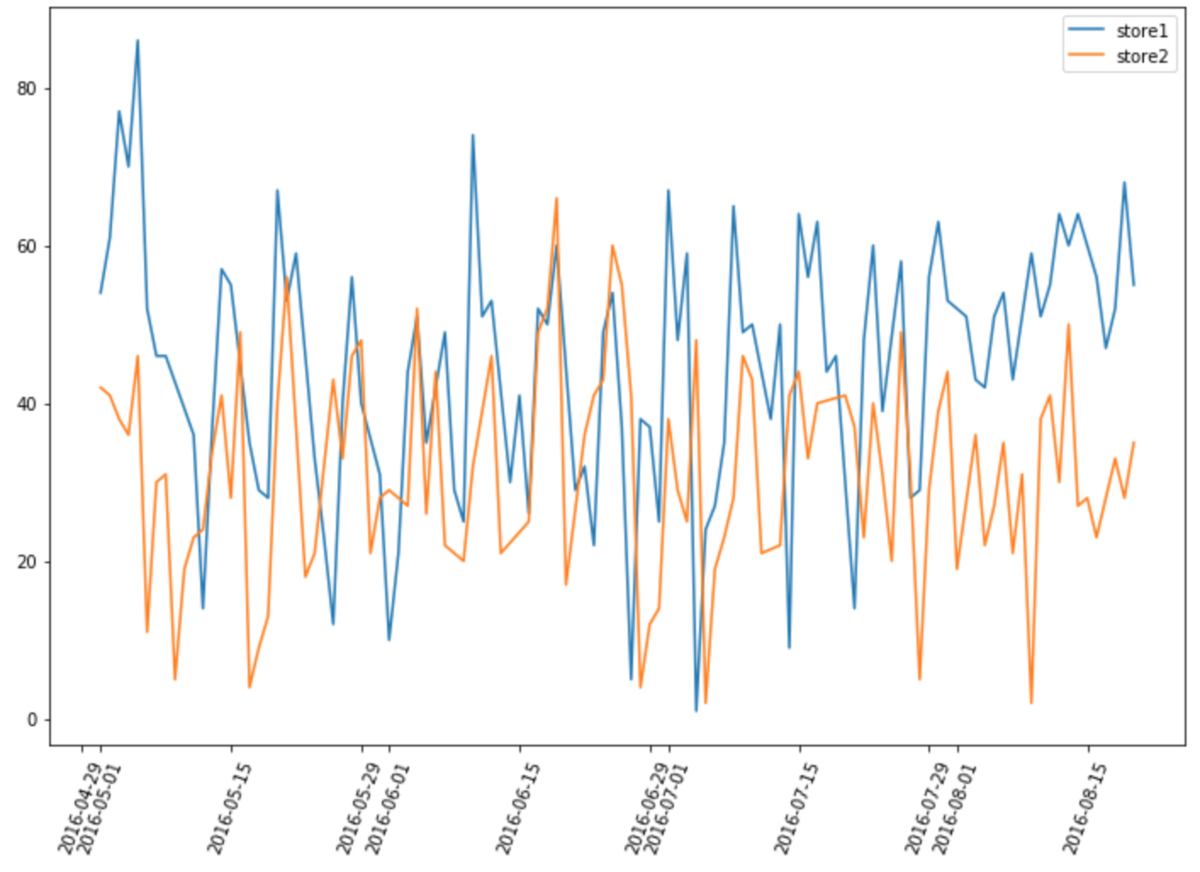 Here is the data processing process:

pre_period and post_period represents observation period and prediction period respectively; Because of the impact in terms of weeks, nseason here is 7. 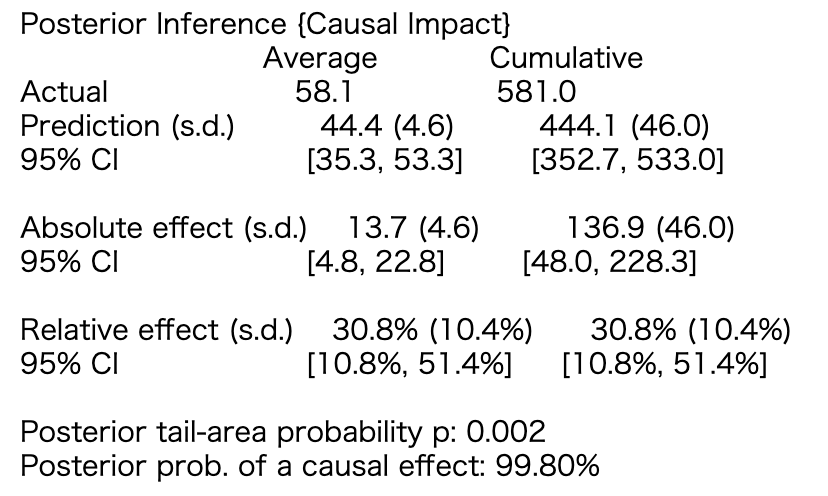 The effect of Yulan basin festival was 13.7 people on average, and 137 people accumulated in 10 days. When using DID, the value is 13.5 people, so the value is almost the same. The 95% confidence interval is also calculated. From a cumulative view of 48.0 ~ 228.3, it can be seen that the structural model is not stable. It's good to see how uncertain the results are. 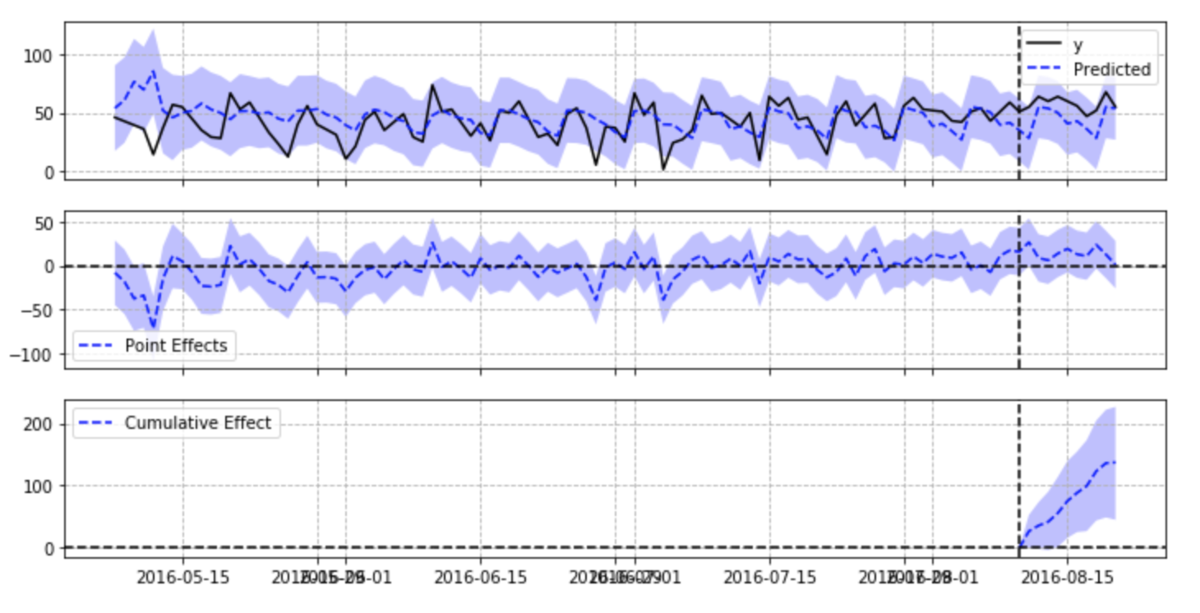 By the way, CausalImpact includes UnobservedComponents, which can view the results of the state space model itself. 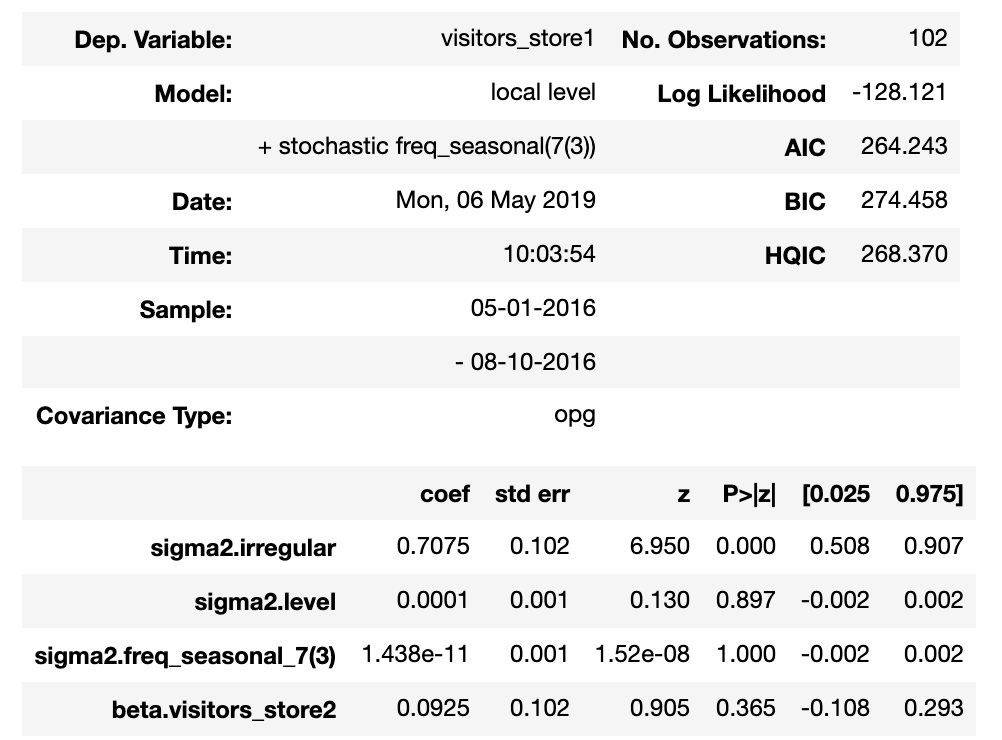 Because the observation error of the created state space model is very large, the confidence interval becomes very wide.

CausalImpact usually needs to enter the control group, but it can also be used if not. In this case, the state space model is created by fitting from the time sequence of the experimental group. 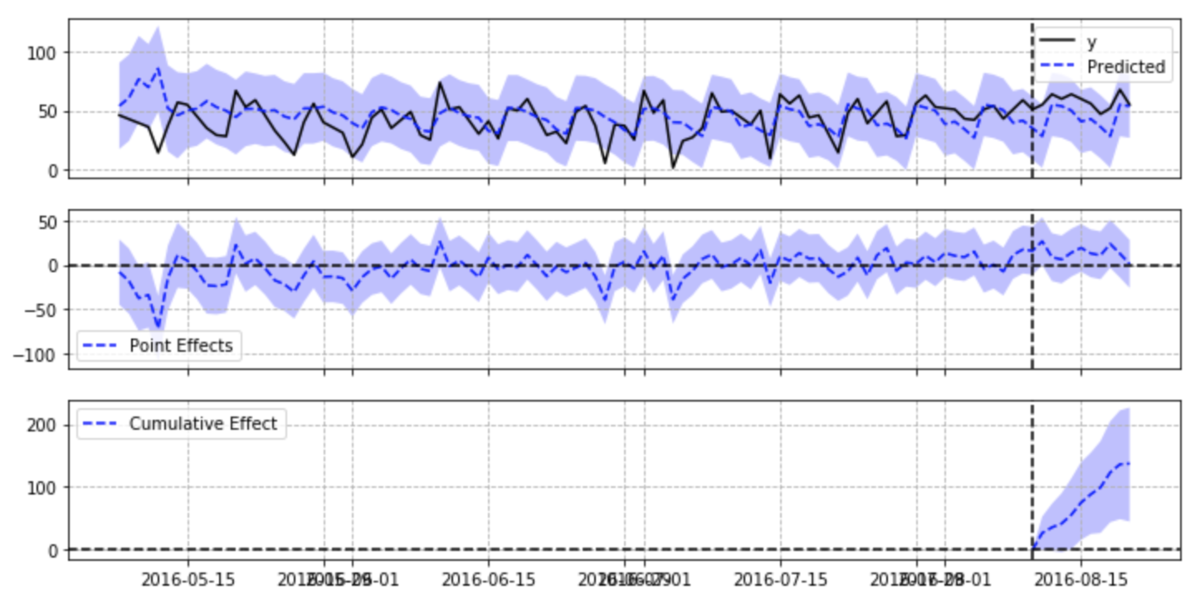 I'm glad to get the confidence interval of the effect Because each point can be speculated, the changes in the processing interval can also be seen, which seems good. It may not work when you cannot enter multiple objects.

The package is designed to make counterfactual reasoning as simple as fitting regression model, but it is much more powerful when the above assumptions are met. The package has only one entry point, the function CausalImpact(). Given a response time series and a set of control time series, the function constructs a time series model, performs a posteriori reasoning on the counterfactual, and returns a CausalImpact object. The results can be summarized in tables, text descriptions or charts. 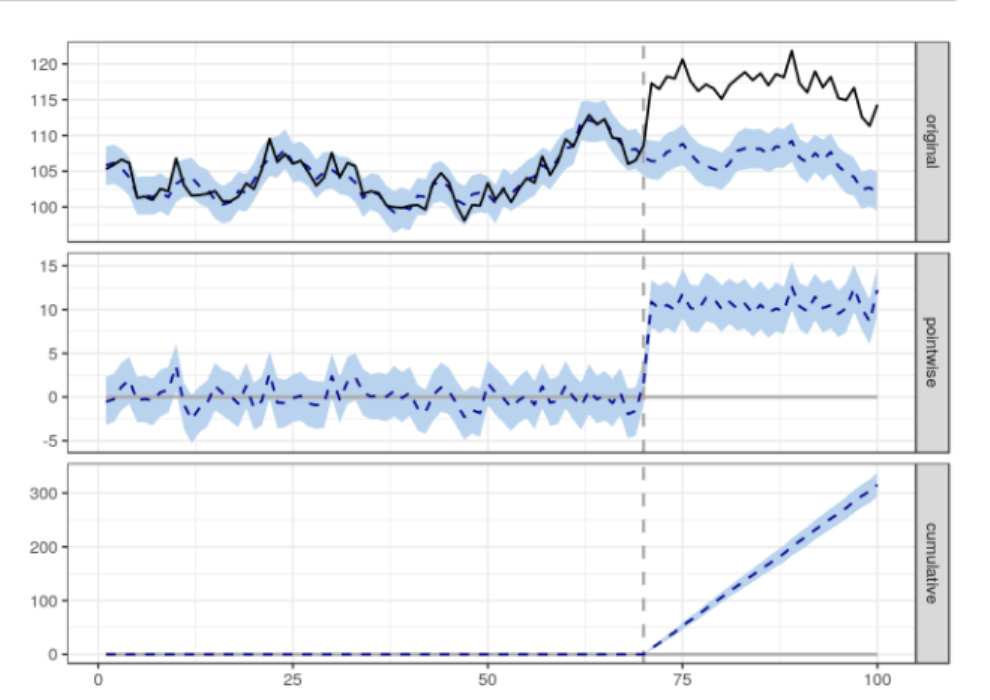 By default, the drawing contains three panels. The first panel shows the data and a counterfactual prediction of the post-treatment period. The second panel shows the difference between the observed data and the counterfactual prediction. This is the pointwise causal effect estimated by the model. The third group added the point by point contributions of the second group to obtain the cumulative effect of the intervention.

Remember, again, all the above inferences depend on the assumption that the covariates themselves are not affected by the intervention. The model also assumes that the relationship between the covariates established in the previous period and the processing time series remains stable throughout the latter period.

The working principle of the impact model developed by Google is to fit the Bayesian structure time series model with the observed data. These data are later used to predict what results will be produced if there is no intervention in a given time period, as shown in the figure below: 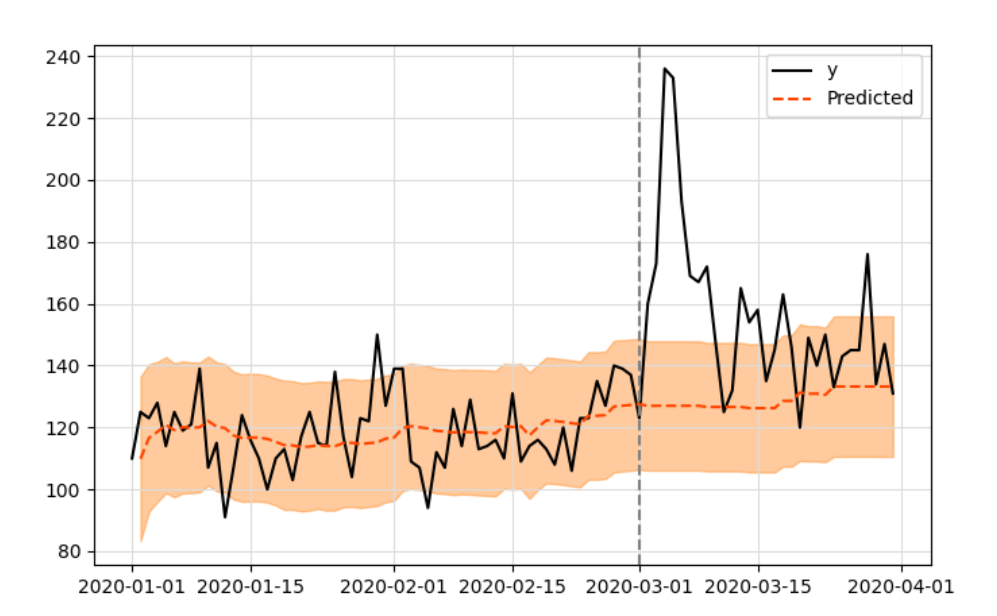 The idea is to use the prediction of the fitted model (expressed in orange) as a reference to what may be observed without intervention.

Bayesian structure time series model can be expressed by the following formula:

a, also known as the "state" of the series, yt is the linear combination of states plus the linear regression of covariate X (and the measurement noise following the zero mean normal distribution) ϵ).

By changing matrices Z, T, G and R, we can model several different behaviors for time series (including the more famous ARMA or ARIMA).

In this package (as in Google's R package), you can choose any time series model you want to fit your data (described in detail below). If the model is not used as input, a local level is built by default, which means that yt is expressed as: 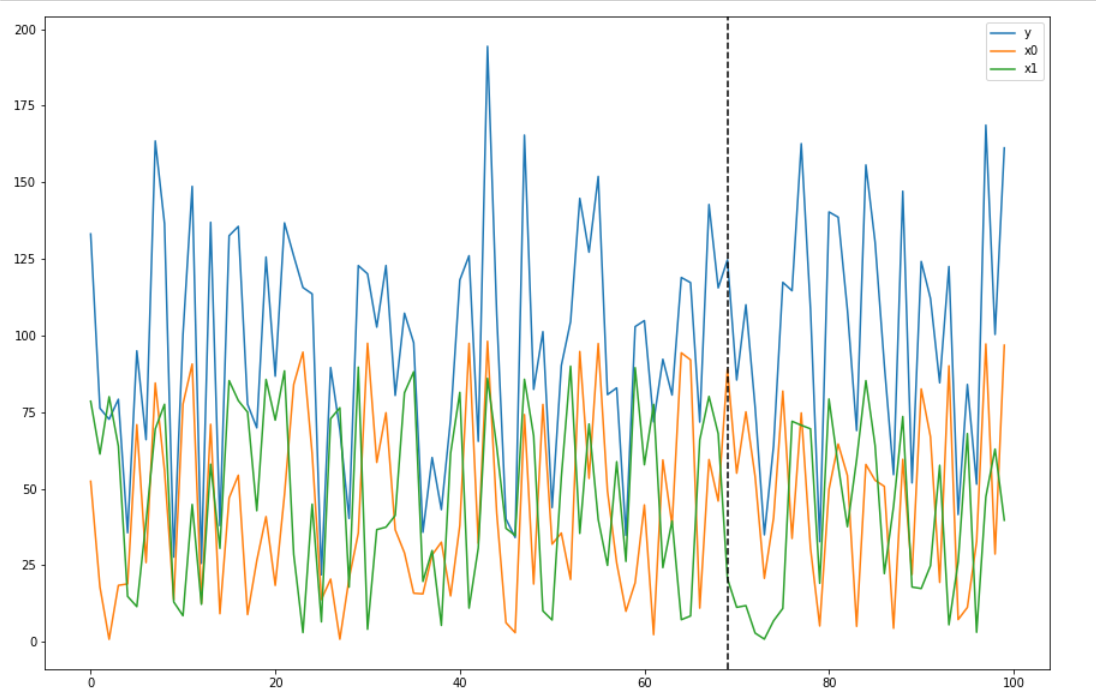 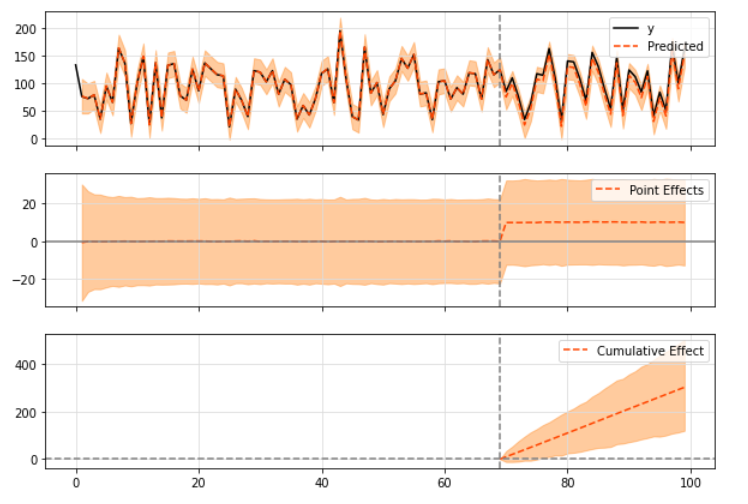 When drawing results, three kinds of graphics are printed by default:

You can choose to print some of the three modules in the above figure: 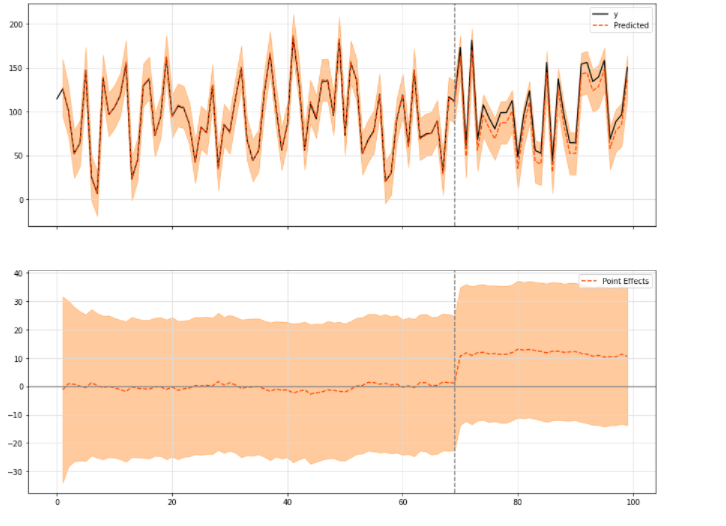 In order to see the general results and figures, you can call the summary method with default input or "report", which will print out a more detailed explanation of the observed effects:

For example, we can see here that the absolute effect observed is about 9, and its prediction varies from 2 to 15 with a 95% confidence interval.

The difference in this confidence interval is still quite large

When observing these results, a very important number is the p value, The probability of causal effect (not just noise) can be proved by P value. So, as a hypothesis test.

If you want a more detailed summary, run the following command:

See the following for details:

ci also has a lot of information. For example, for each sequence:

Some numerical specifications can also be set here, such as controlling the a priori standard deviation within a certain range. Here is an example: 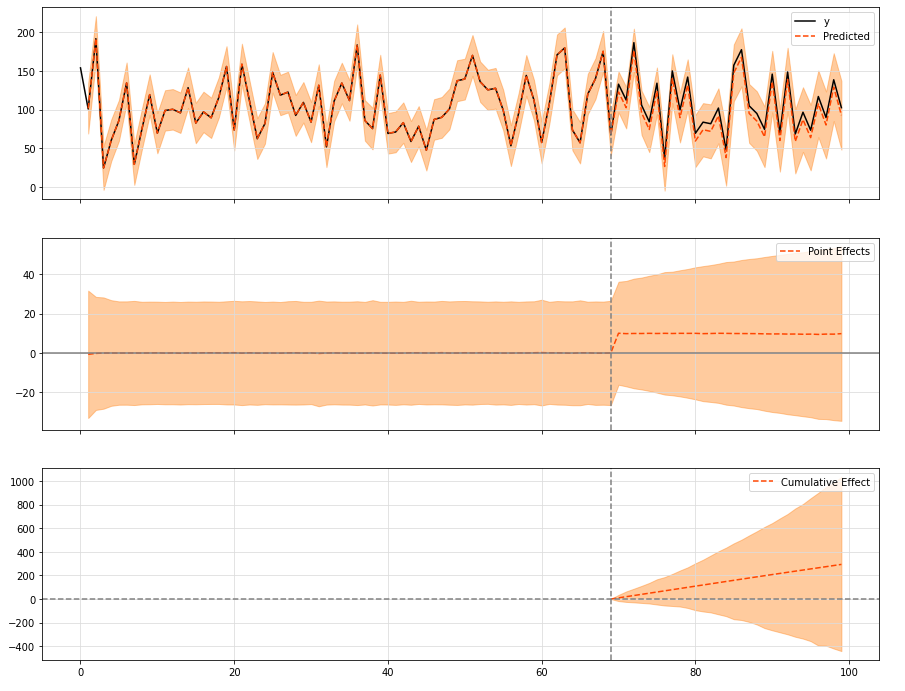 The default value is 0.01, which means that the data performs well, the variance is small, and the covariates can be well explained. If it turns out that this is not the case for a given input data, the a priori value of the local standard deviation can be changed to reflect this pattern in the data. For the value of 0.1, we basically mean that there is a stronger random walk component in the data, which cannot be explained by the covariate itself. 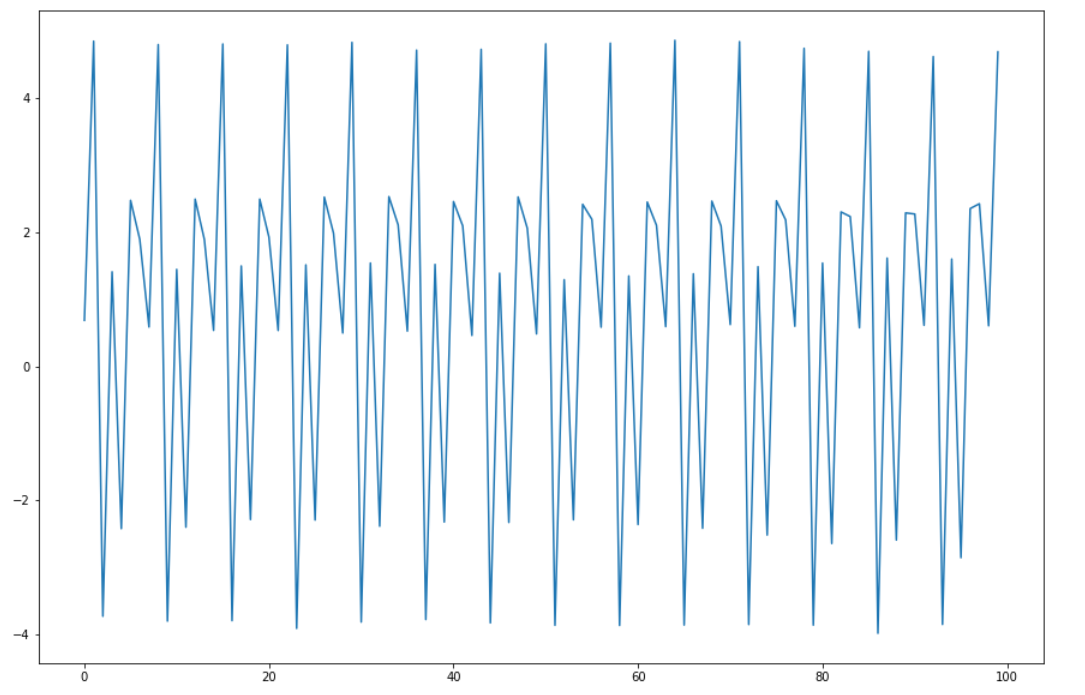 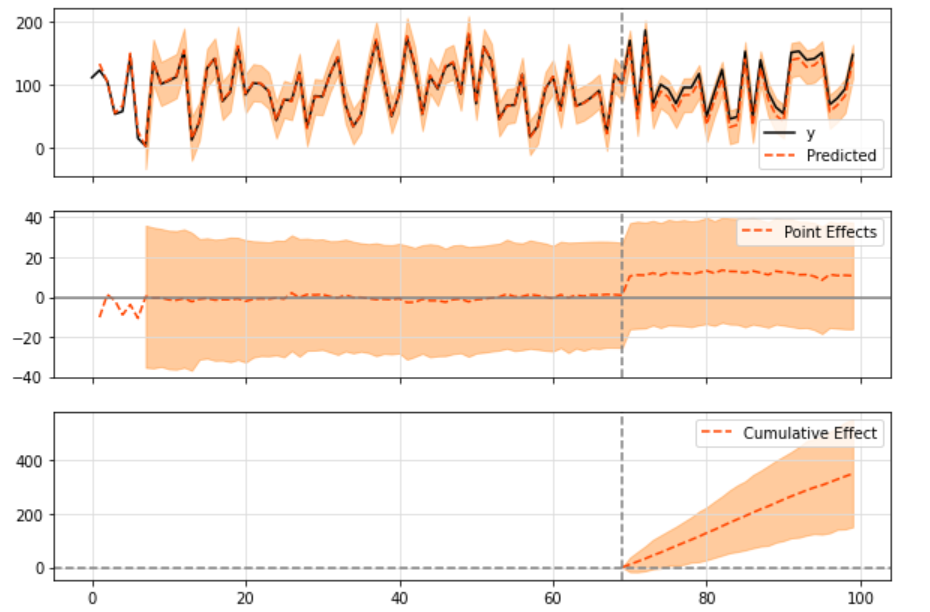