Reinforcement learning is basically used for learning in many open source environments,
It's enough for beginners to use gym
gym is built based on pyglet, but it can't achieve a relatively tall effect, and it's not as good as pygame in many places

Let's talk about the common methods first. Basically, once you master them, you can form a perfect little game

First, import pygame into the project

Note: it is slightly different from pyglet. Import here is to initialize the game. The render operation needs to be set in the main loop and seize the event, otherwise it will get stuck

Then do some initialization

Then the environment is initialized, and then we need a refresh function to brush the pictures into the game every frame

In fact, draw a picture for each frame and upload it.
Easy
Finally, you only need to call step () in the main loop.

Before doing this part, I want you to think about it for yourself,
What kind of environment and game do you want to play
Then realize it
That's our goal
If you want to use the ready-made environment made by others, you can use gym
Make an environment and run with ai. He is our goal
Because reinforcement learning often has to build its own environment, because the world is not so gentle and will give you an interface

Finally, I give my own ideas
I want to create a discrete + continuous action space environment, so we need our protagonists to be able to move (or have acceleration) → racing
The environment can obtain one step (or multiple steps), and human can judge → path visualization 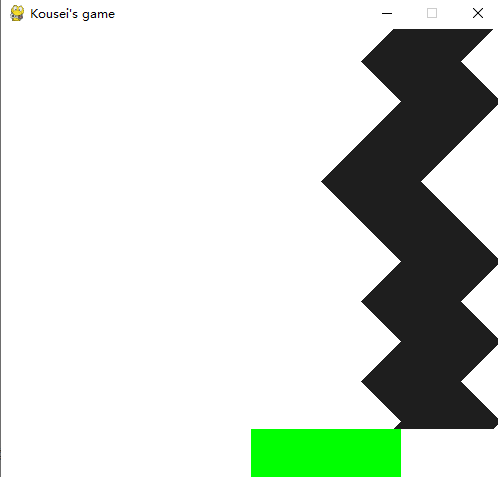 So finally, the water drop is drawn up (black is like water drop, although it is a little abstract). Of course, you can also increase the width of black into a racing game. By changing the player's (green) movement mode (move one step → acceleration), discrete input can be changed into continuous input at a low cost

When the environment is finished, of course you have to run, because the environment is equipped by yourself. If you are unhappy with it or are not satisfied with it, just change it
First run DQN with a simple discrete action. The previous chapter of DQN code has Oh 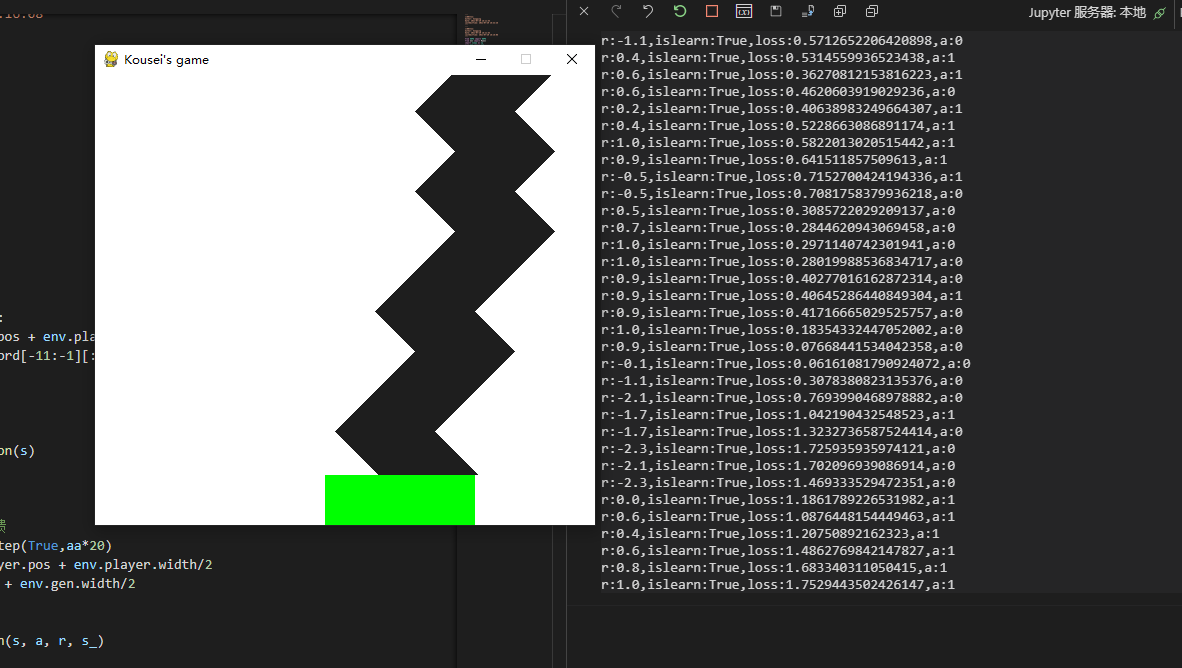 The effect is OK~
With your own environment, if you want to try other algorithms, you don't have to find the environment. Just change your environment according to the algorithm!