Development of cellular automata
The original cellular automata was proposed by von Neumann in the 1950s to simulate the self replication of biological cells However, it has not been valued by the academic community
In 1970, after John Horton Conway of Cambridge University designed a computer game "life game", cellular automata attracted the attention of scientists

In 1983, S.Wolfram published a series of papers The models generated by 256 rules of elementary cellular machines are deeply studied, and their evolution behavior is described by entropy. Cellular automata are divided into stationary type, periodic type, chaotic type and complex type

2. Preliminary understanding of cellular automata
Cellular automata (CA) is a method used to simulate local rules and local connections. A typical cellular automata is defined on a grid. The grid at each point represents a cell and a finite state. Change rules apply to each cell and run simultaneously. Typical change rules depend on the state of the cell and its state (4 or 8) the status of neighbors.

matlab programming of 5-cell cellular automata
Combined with the above, we can understand that cellular automata simulation needs to understand three points. One is cell. In matlab, it can be understood as a square block composed of one or more points in the matrix. Generally, we use a point in the matrix to represent a cell. The second is the change rule, which determines the state of the cell at the next moment. The third is the state of cells. The state of cells is user-defined and usually opposite, such as the living state or death state of organisms, red light or green light, obstacles or no obstacles at this point, etc. 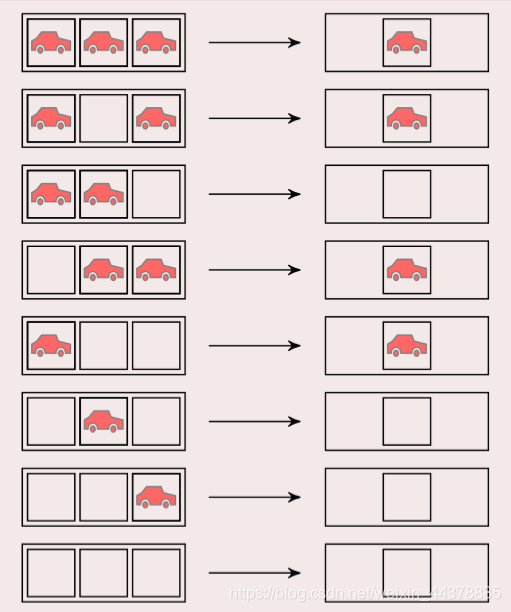 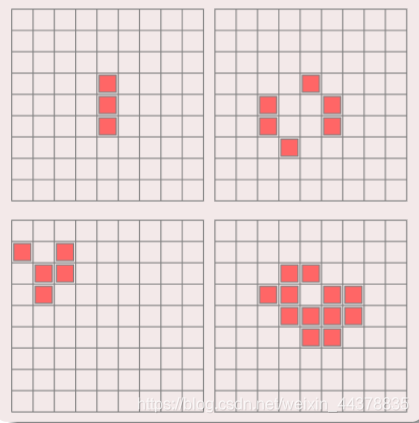 The cellular state is determined by the surrounding eight neighbors
Rules:

8 what is cellular automata
Discrete system: cell is defined in finite time and space, and the state of cell is finite
Dynamic system: the behavior of cellular automata has dynamic characteristics
Simplicity and complexity: cellular automata uses simple rules to control interacting cells to simulate a complex world 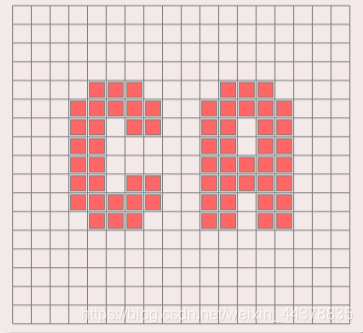 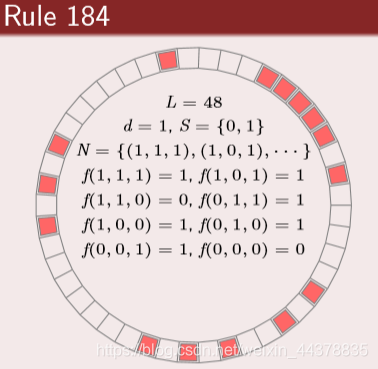 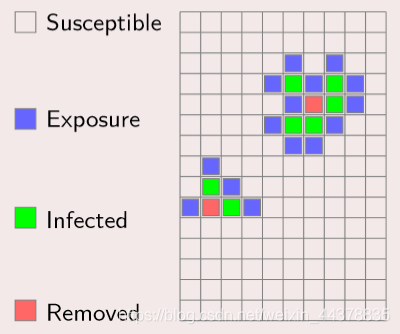 Cell is the basic unit of cellular automata:
State: each cell has the function of memory storage state
Discrete: in simple cases, there are only two possible states of cells; In complex cases, cells have many states
Update: the state of the cell is constantly updated according to the dynamic rules
(2) Mesh (Lattice)
Different dimensional grid 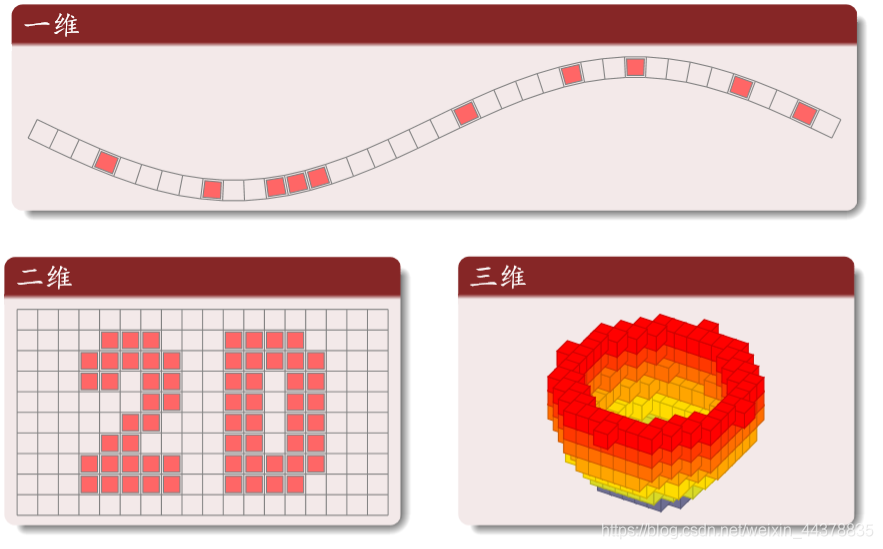 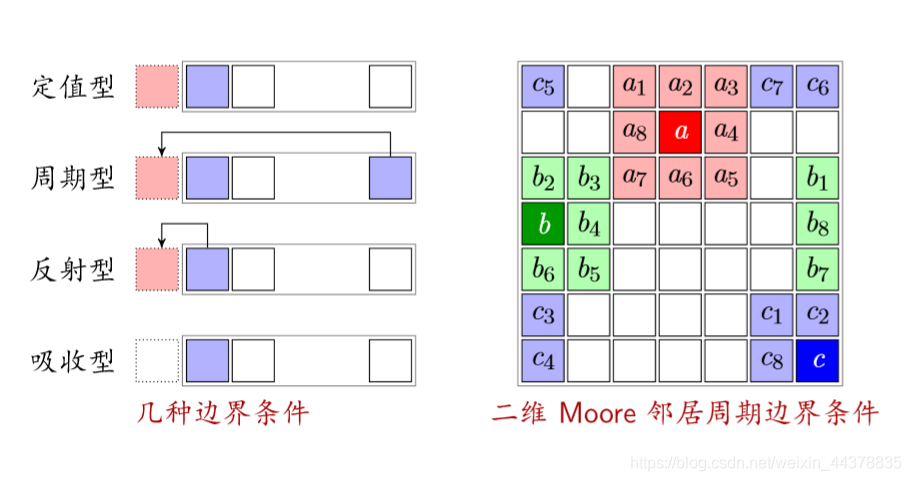 Reflective: a state with itself as a boundary
Absorption type: regardless of the boundary (the car disappears when it reaches the boundary)

(5) Rule (state transition function)
Definition: determine the dynamic function of the cell state at the next time according to the current state of the cell and its neighbors. In short, it is a state transition function
Classification:
Summation: the state of a cell depends on and only depends on the current state of all its neighbors and its own current state
Legal type: sum type rules are legal type rules However, if the rules of cellular automata are limited to summation, cellular automata will have limitations
(6) Forest fire 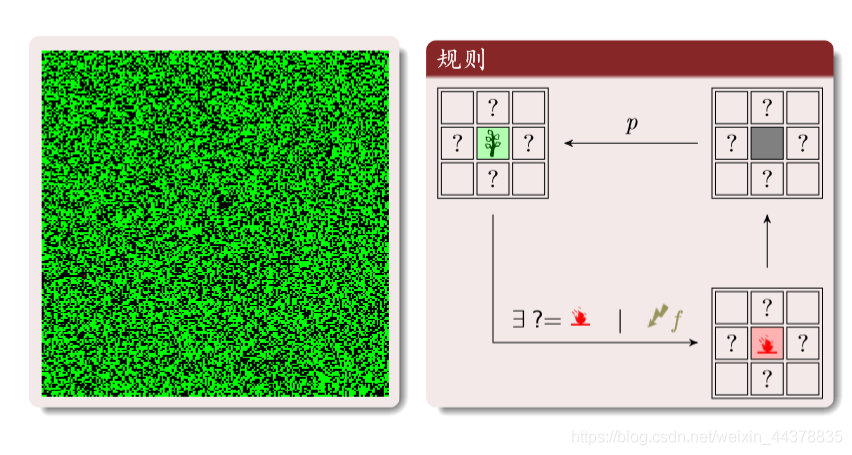 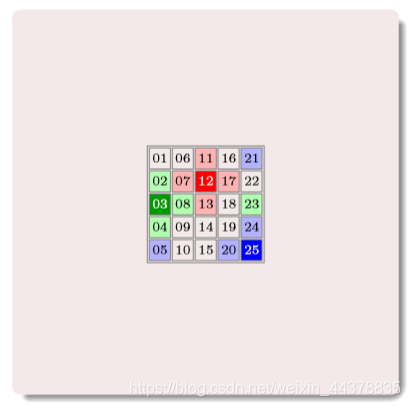 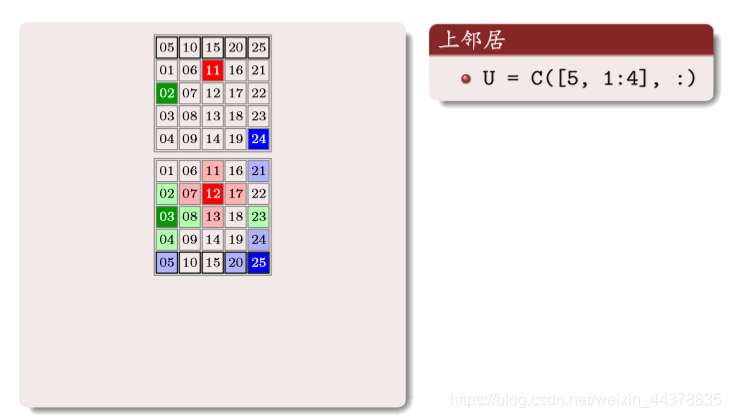 The number in the above matrix corresponds to the upper neighbor number of the same position number of the original matrix, one by one
Similarly: 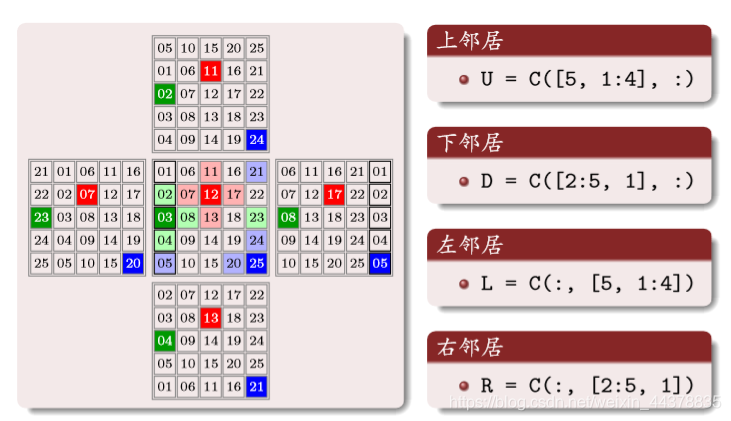 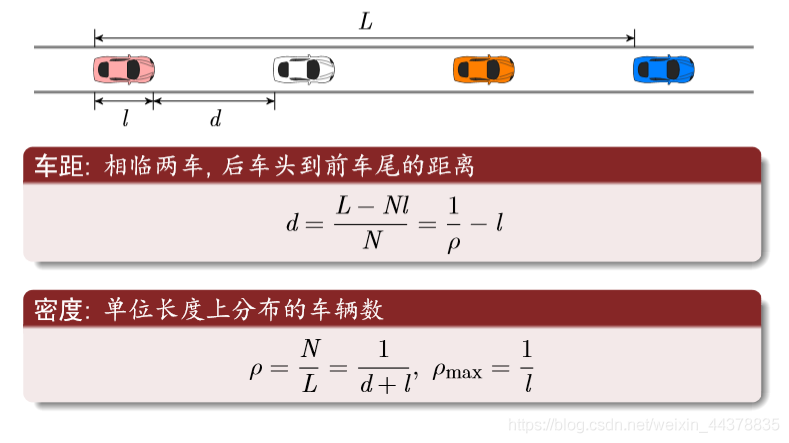 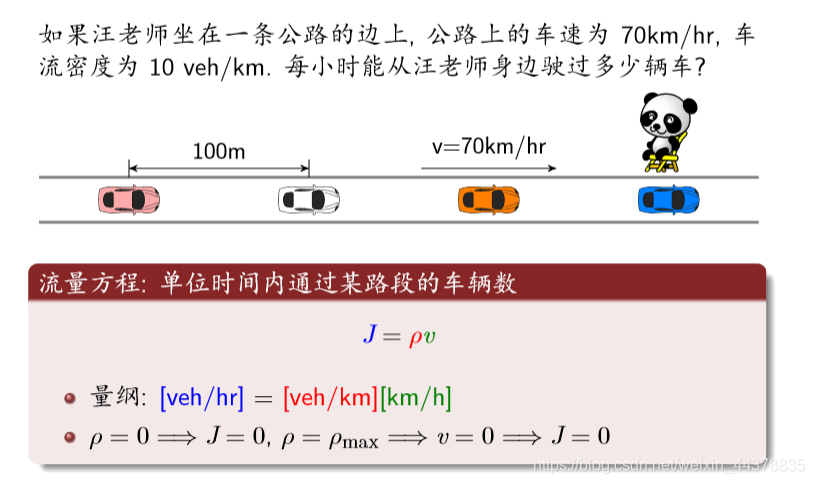 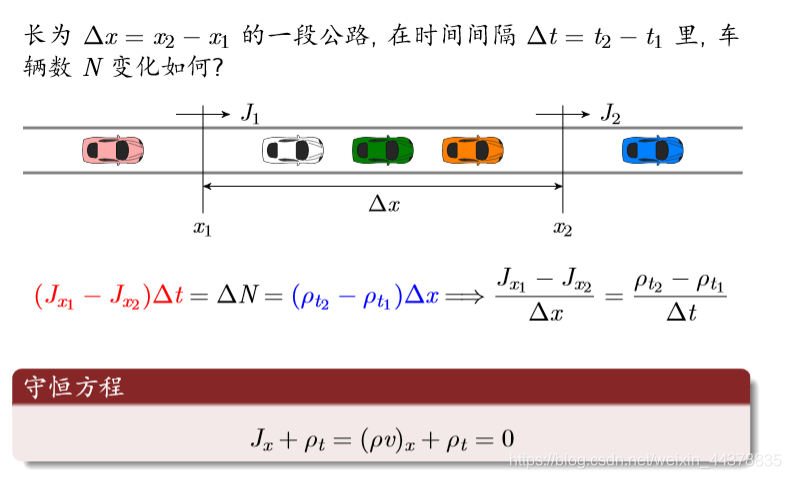 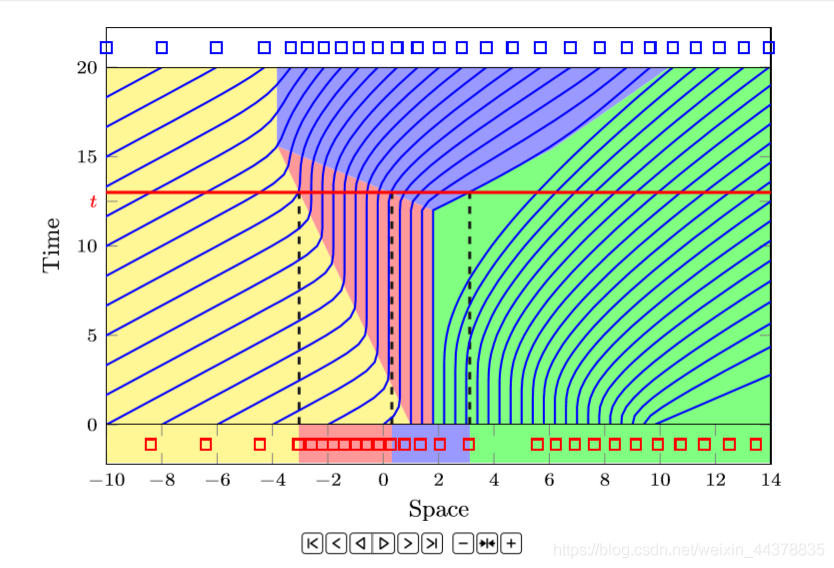 The intersection of the red line and the blue line indicates the location of each time car.
If it is a vertical line, it indicates the corresponding time of the vehicle in this position 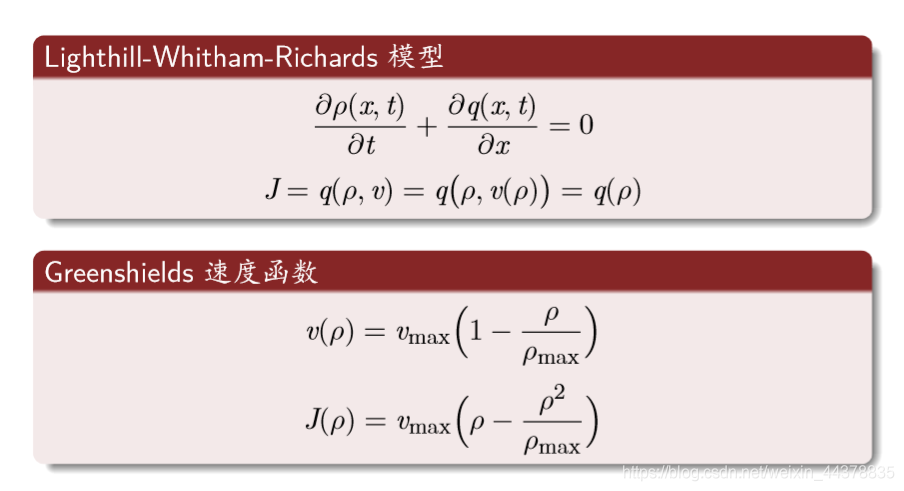 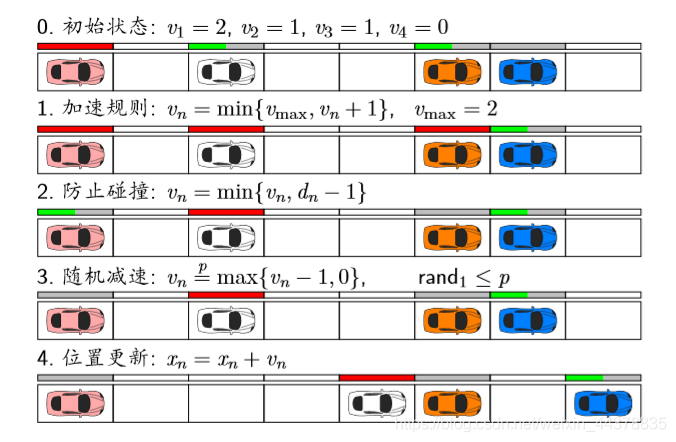 The red bar indicates that the speed is full. 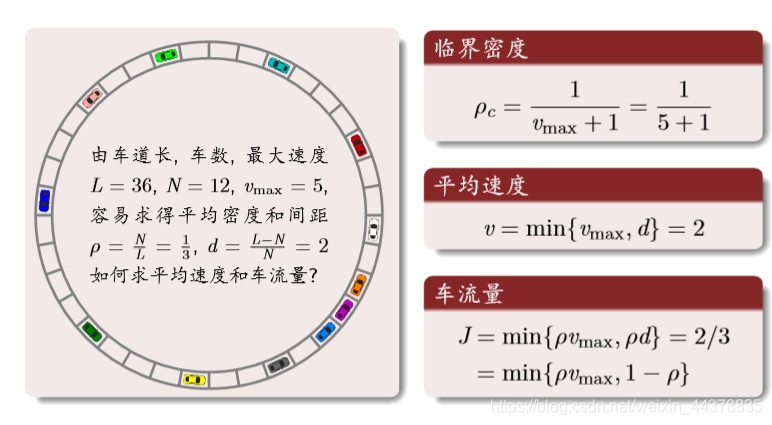 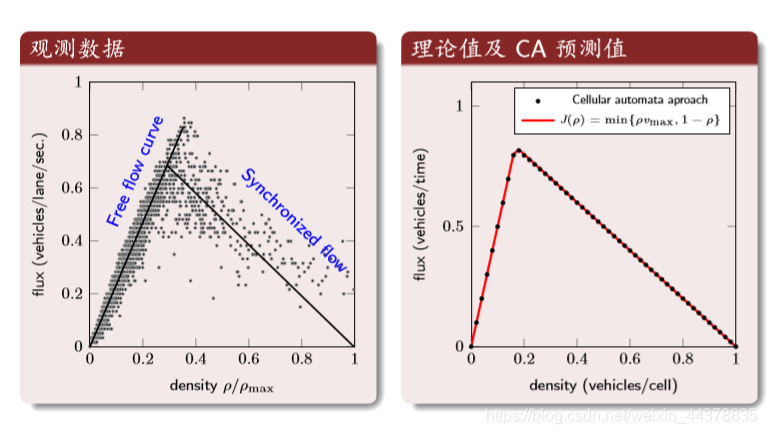 The first figure: the abscissa is the normalized density, and the ordinate is the traffic flow. The second figure: theoretical values and CA results 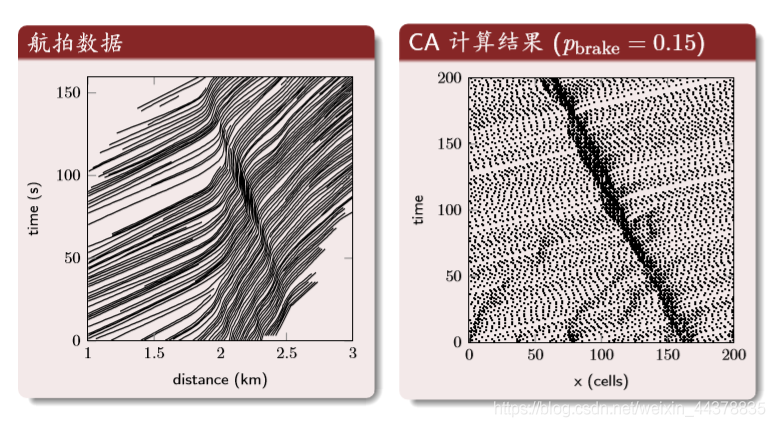 The dark area in the middle is the area of traffic jam. 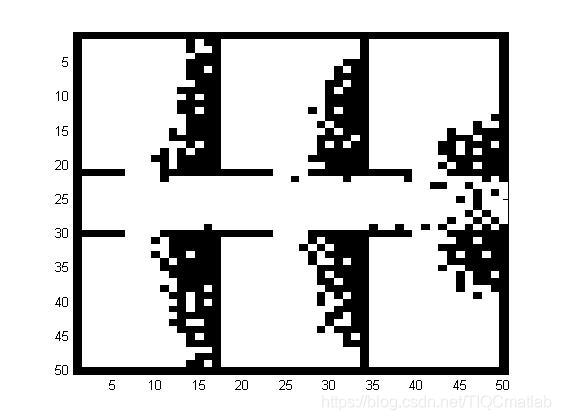 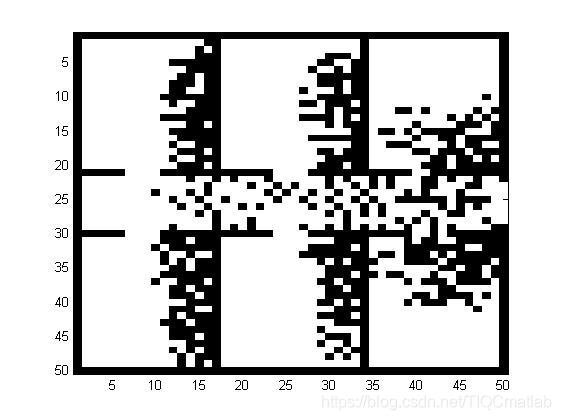