If we have built some sites under nginx, but we don't want everyone to access them normally due to the site content or traffic, we can set access authentication. Only when the user enters the correct user name and password can he access normally. The effects are as follows: 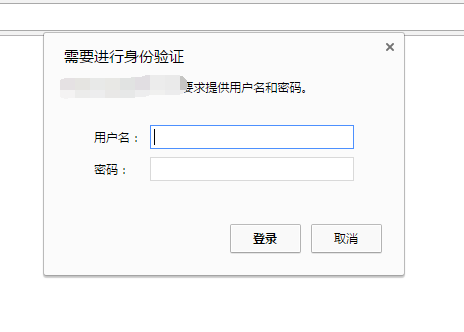 Under nginx, NGX is provided_ http_ auth_ basic_ Module module implementation allows users to access web content only after entering the correct user name and password. By default, nginx has this module installed. Therefore, the whole process is to first set the user name and password with a third-party tool (the password has been encrypted), then save it to the file, and then open access verification according to the previously saved file in nginx configuration file.

The generated password can use htpasswd or openssl. Let's take htpasswd as an example.

Install directly from yum. You can also choose to compile and install as needed:

Note: the above / usr/local/src/nginx/passwd is the path to generate the password file, and coderschool is the user name. You can set it to other user names as needed. After running the command, you will be asked to enter the password twice in a row. After successful input, you will be prompted that you have added a password for conerschool.

We can see the contents of the last generated password file:

The user name is coderschool, and the semicolon is followed by the password (which has been encrypted).

After the above configurations are correct, you can visit your site again. If a pop-up window requiring authentication appears, the modification is successful. Here are some parameters of the htpasswd command.

a. How to add users using the htpasswd command?

b. How to add the next user in the original password file?

Remove the c option to add a second user after the first user, and so on

Do not update passwd file, only the user name and encrypted password are output on the screen

d. How to delete user name and password with htpasswd command?

e. How to use htpasswd command to change password?