Although the sequential storage structure has its advantages, it also has a great defect. Its insertion and deletion need to move a large number of elements, resulting in the problem of algorithm efficiency. At present, there are few operations on the stored data, so we can't feel it. However, when the number of operations reaches a certain degree, The deficiency of the algorithm written in sequential storage structure is reflected.

Example 1
Suppose there are two zoos now. In order to make it easier for tourists to see all animals and find them, zoo A places each animal on one line, and there are the previous animal and the next animal before and after each animal; B the zoo places each animal in the most suitable position and scattered around the zoo. In order to facilitate tourists, A sign will be placed in the viewing area of each animal to recommend tourists to the next place so that tourists can see all animals. Now, the zoo wants to add A new animal. Zoo A wants to put it in the middle, but there is no position. It must move the animals in the second half back to A position; Zoo B only needs to change A sign, point the sign of the previous animal to the new animal, and then point to the next animal. Will the workload be much smaller.

Therefore, we can see that A zoo is A sequential storage structure. Its storage units are continuous. Insertion and deletion operations need to move A large number of elements, while the chain storage structure does not. Its storage space is arbitrary. It only needs to add A pointer to store the next element to each element. In this way, The later storage location does not need to be changed. This greatly reduces the execution time of the algorithm, but also increases the size of data storage. Therefore, it can be said that it sacrifices space for time.

C language provides a good tool, which is pointer. We can store the location of the next data storage through pointer. Each data + pointer is called a node, the stored data is called a data field, and the place where the pointer is stored is called a pointer field.

Generally speaking, the head node is set up for easy operation, and it is OK not to use it. 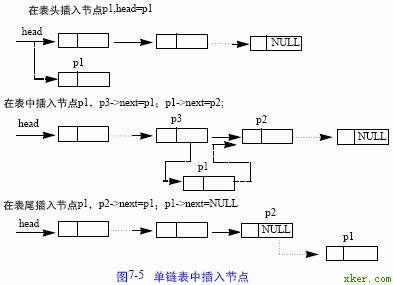 The figure above should clearly explain the insertion operation, that is, changing the position pointed by the pointer. Delete is the same operation, that is, point the pointer field of the previous node of the node to be deleted to the next node of the deleted node.
The following is the code (this code is the routine code in the big talk data structure, which I think has been written very clearly)

Looking at this code, I suggest reviewing the knowledge about structure and structure pointer first, because I've seen this code for a long time

Because Java does not have the concept of pointer variable or structure, we will use class to replace the structure, and the pointer address is actually the object name. We can define a node class to store the next node.

The following code is written by myself. There may be some shortcomings and the encapsulation is not very good. As for the operation of deletion and insertion, it is actually the same as C language. You can see the above.

So there is no code here. You can try. It will be easier to understand if you describe it with an array. 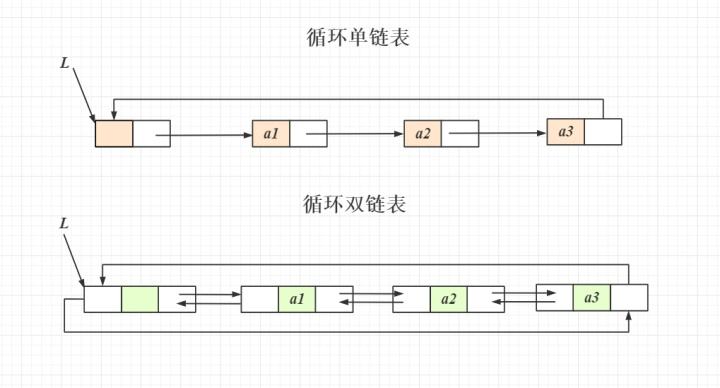