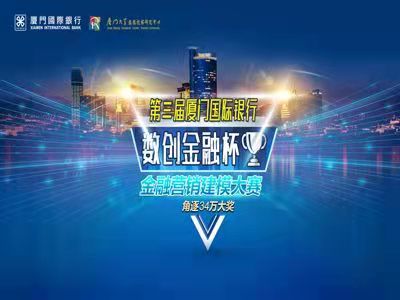 With the development of science and technology, the bank has successively created rich and diverse customer contacts online and offline to meet the needs of customers for daily business handling and channel transactions. Facing a large number of customers, banks need more comprehensive and accurate insight into customers' financial needs. In the actual business development process of financial products, we need to tap the attraction of different financial products to the customer group, so as to find the target customer group and carry out targeted marketing.

This competition provides customer behavior, asset information and product transaction information in the actual business scenario as the modeling object. On the one hand, it is hoped to show the data mining actual combat ability of each contestant. On the other hand, it is required that the contestants put forward corresponding marketing solutions in combination with the modeling results in the semi-finals to fully reflect the value of data analysis.

The title of this competition is mainly to predict the probability of customers purchasing certificates of deposit of various financial products, and take the prediction results as the basis of marketing plan.

No external data can be used in this competition. The data provided this time is desensitized, and some continuous data (such as interest rate, price, finance, etc.) undergo certain linear transformation, but it does not affect the modeling use and model prediction results.

This competition is a very typical structured data competition. Here we still adopt the traditional feature engineering + LGB (also xgb, cat) scheme. Due to the strong timing of this competition, we use the data in July and August for training when we verify offline, and use the data in September for verification, while we use the data in July, August and September for training when we submit online It should be noted here that the online scoring standard of this competition is F2 score. When calculating the F2 score, the prediction results we need to submit are integer values of 0 and 1, but the prediction result of our model is a probability value, which involves the selection of a threshold. It is recommended that you manually search this threshold during offline verification, Its code is as follows:

Among them, F2 here_ Score is the evaluation function that we manually implemented to calculate F2 score

The user risk here is that each period actually rates the user's risk, so each user here may correspond to multiple risk levels. Here, we only select the latest score for user risk rating. The specific method is to sort by user and evaluation date as the primary key, and then de duplicate by user as the primary key, In addition, only the last piece of data is kept during de duplication, so we keep the record of the user's latest risk assessment, and its code is as follows:

The asset information of users will also change at different time points. Here, we calculate the average value of various assets of users every month as the characteristics of users. The code is implemented as follows:

Here, the user and product id are coded with a 50% discount. The codes are as follows:

After constructing the feature, lgb is used to train the obtained data, and the offline threshold search results are as follows:

The score of online evaluation is 0.29. It can be seen that there is a big difference between offline and online questions