3.1.1 installation of zookeeper on Cluster

We learned earlier Installation of Zookeeper locally , the basic steps are similar, but after we install it on a host in the cluster, we still need to install the installation files Distribute across hosts , and the number of the configuration host, cfg configuration file

At this point, the deployment of zookeeper in the cluster is completed, which is very simple

In order to improve productivity (laziness), we write a one click execution script for Zookeeper's start / stop / status check just as we wrote the cluster start / stop script when deploying Hadoop cluster

Election mechanism I, at the initial launch

Election mechanism II, not at the initial launch (to be understood) 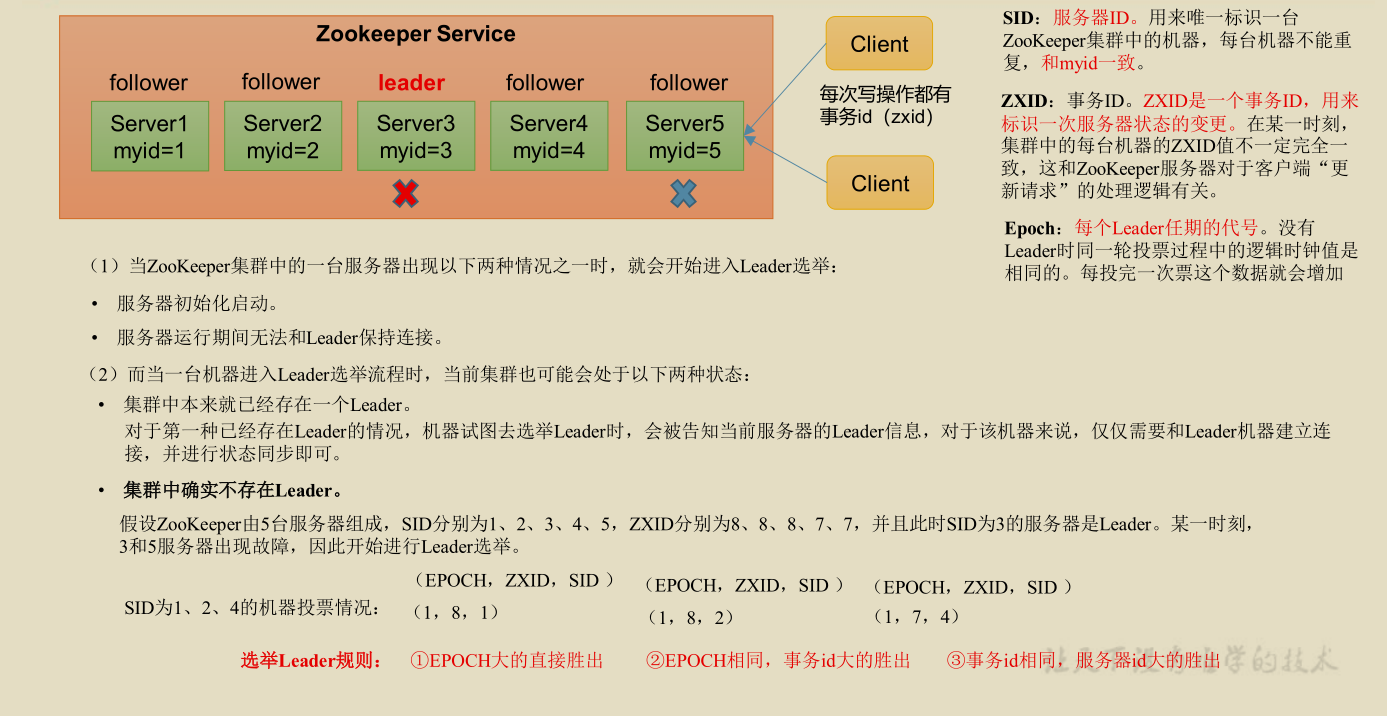 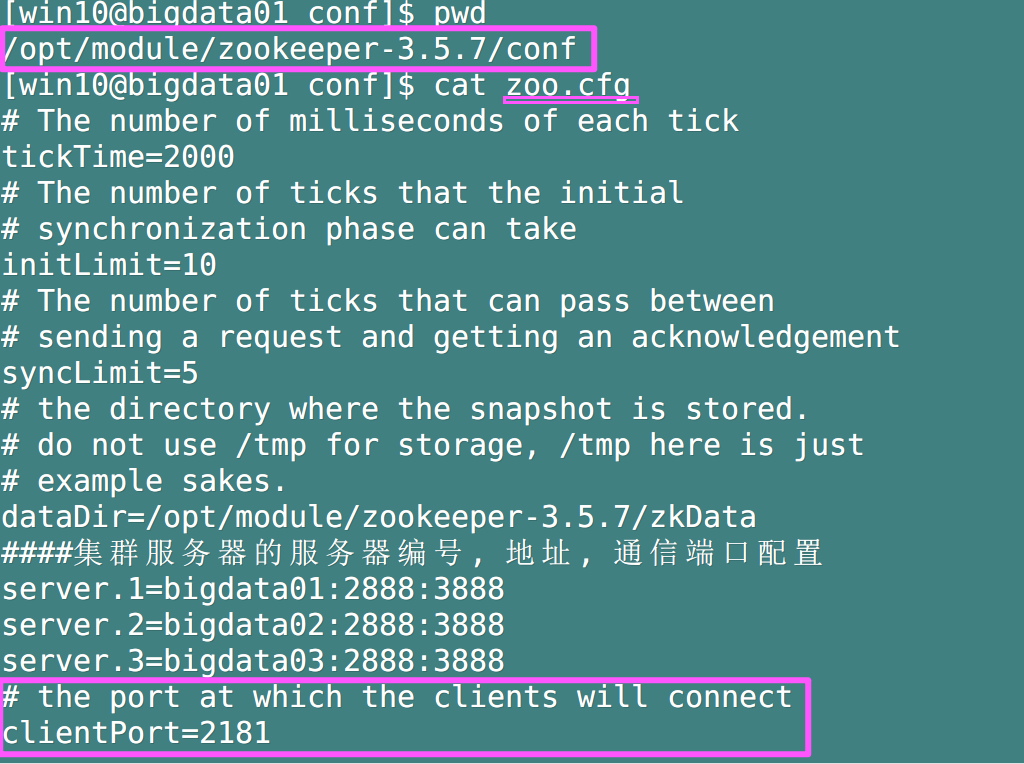 1. View the contents of the current znode node

2. View the detailed data of the current znode node

The above contents are explained one by one as follows: 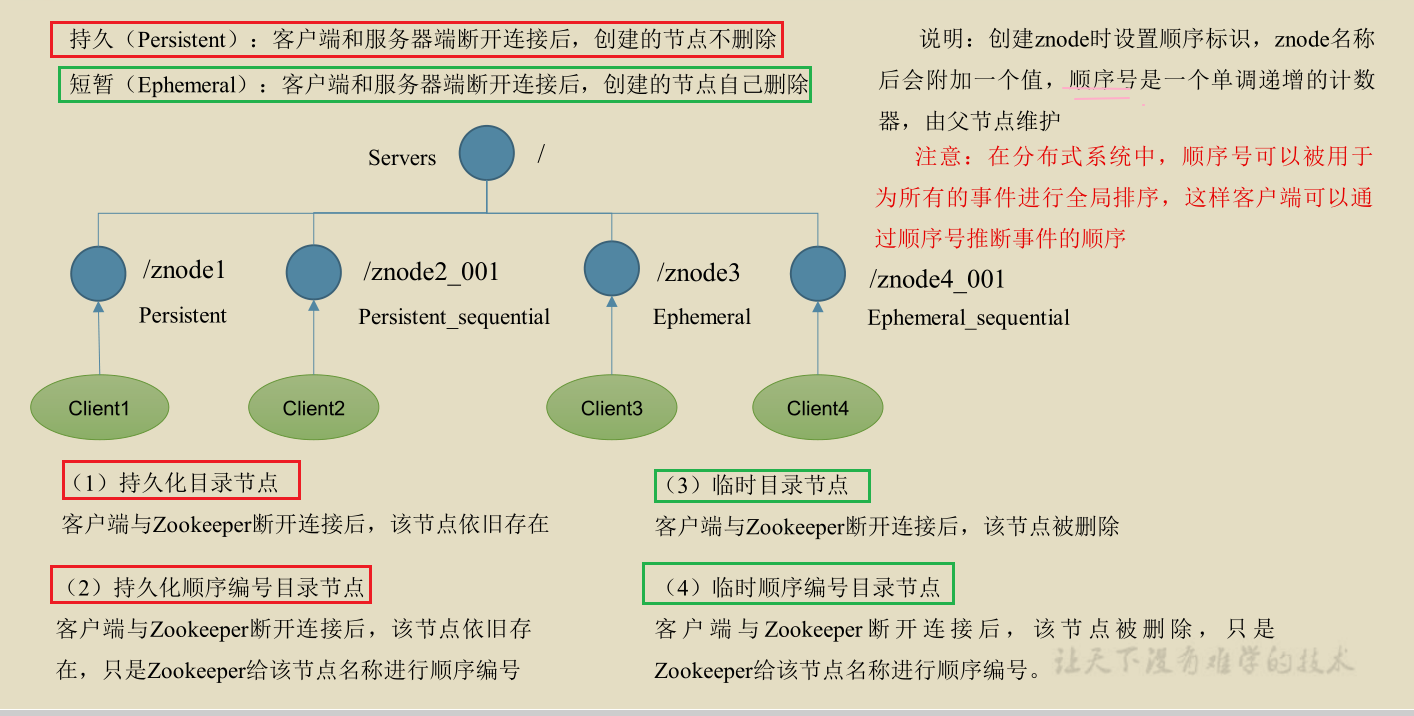 4. Obtain the value of the node 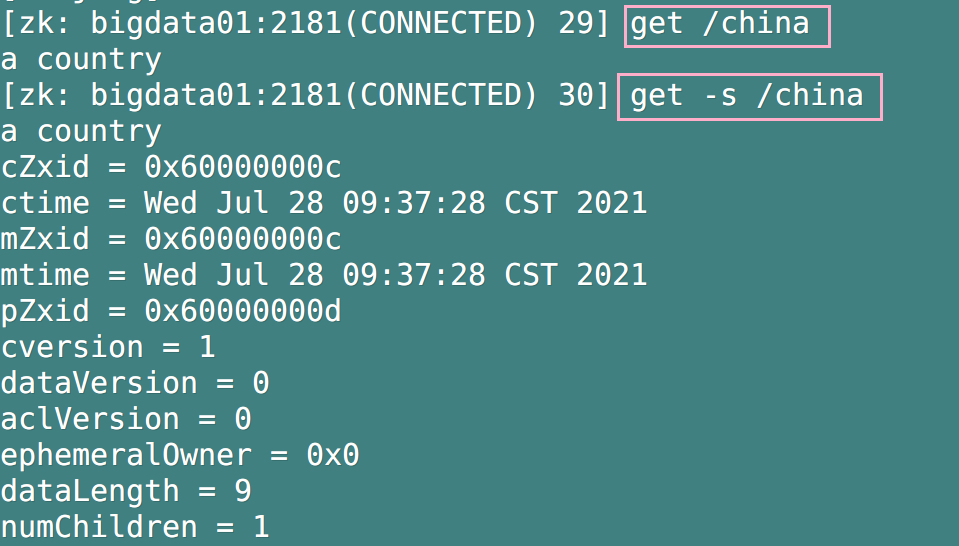 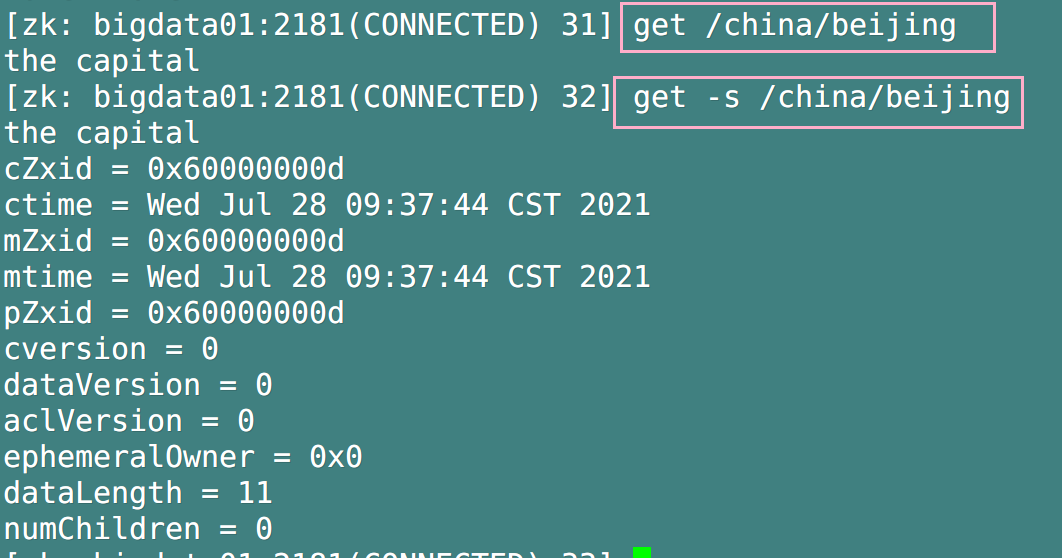 If we only need the details of the node and do not need to display the value of the node, we can use stat / path 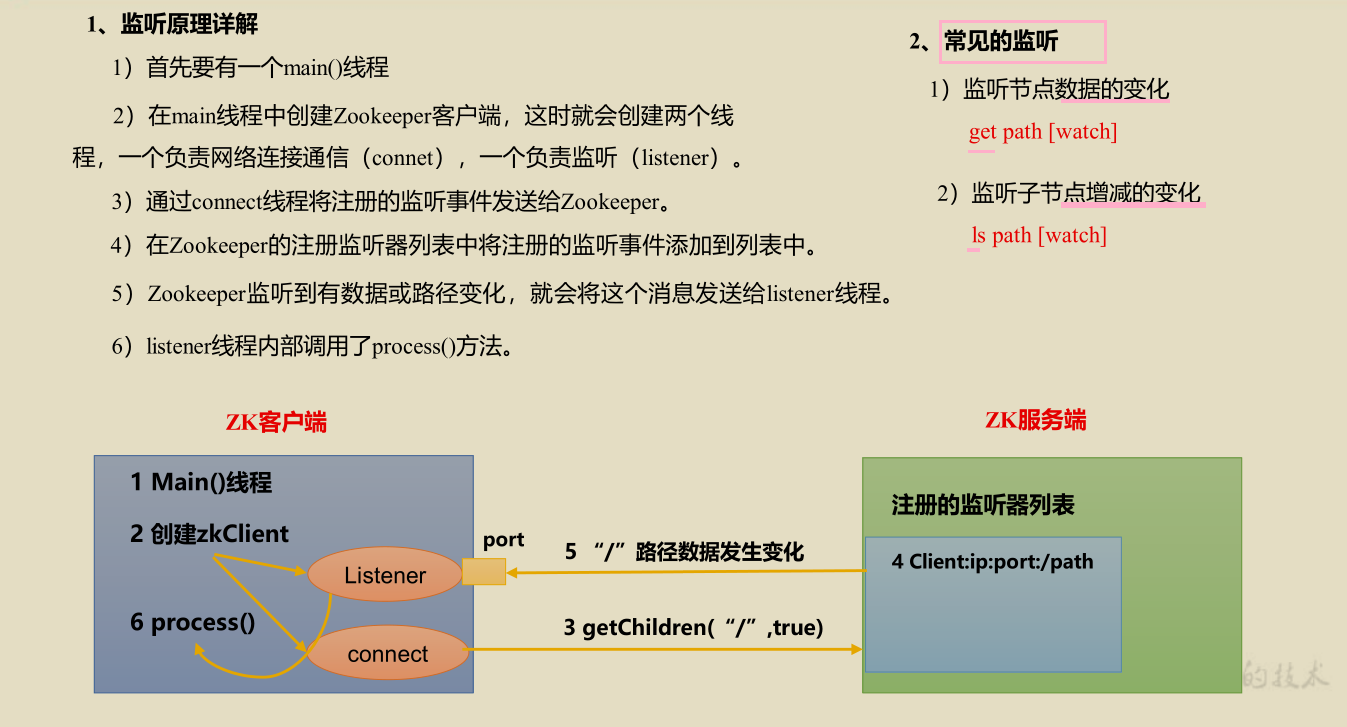 1. Listen for changes in node values (get -w) 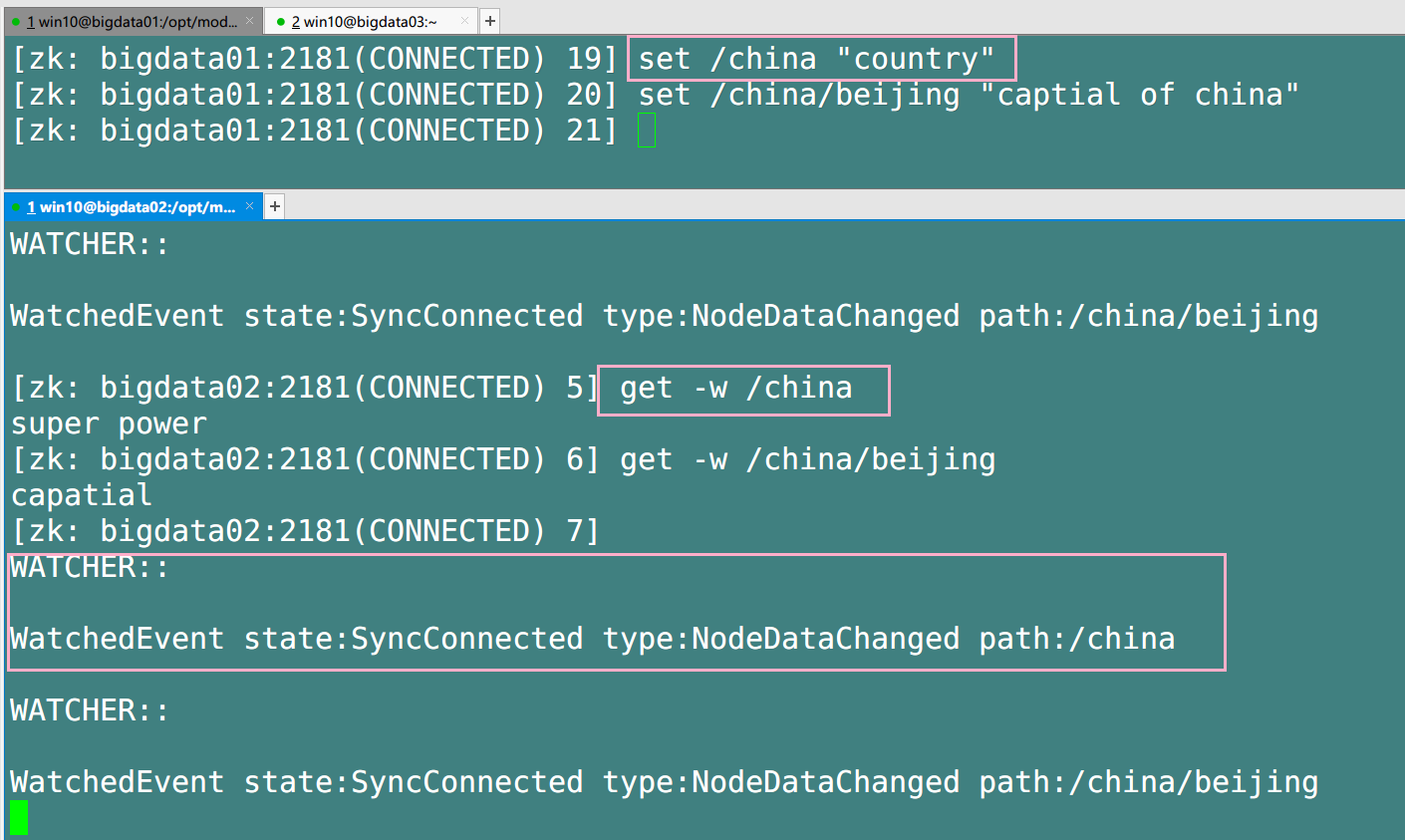 Note: if you modify the value of / china/beijing in bigdata01, you will no longer receive listening on bigdata02. Because the listener is registered once, it can only listen once. If you want to listen again, you need to register again. 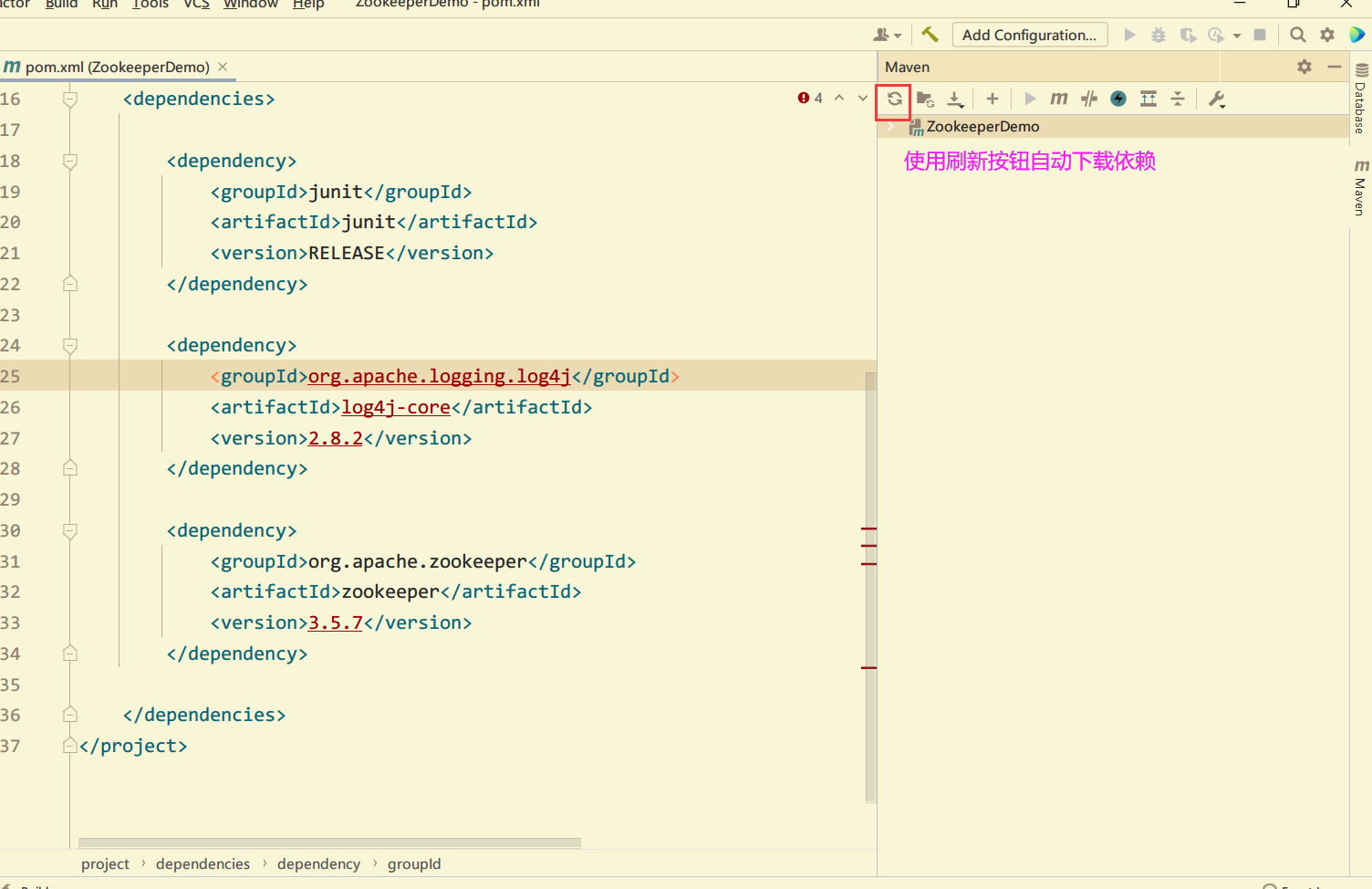 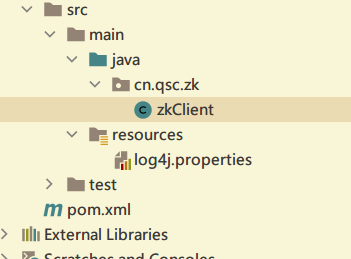 The above code is written as follows:

The first parameter is to enter the path and name of the node to be created
The second parameter is node data getBytes(), which converts the node data into a byte array for transmission

Compared with the process of writing data, the process of reading data is much simpler; Because the data consistency in each server is the same, you can access any server to read data;
There are no such steps as request forwarding, data synchronization and success notification in the write data process.