Do you want to know why you use vs to hit "hot" when crossing the border?

Do you want to know how temporary variables are destroyed after a function call?

Here are full of dry goods, starting from zero ~, step by step 😀， Until you have basically learned all the knowledge in C 🐂.

Now, we have a better understanding of how functions work, including how to pass parameters, function calls and so on. However, it is only understood to be useful,

What is the underlying principle and how to call it? We will discuss it in detail in this section. 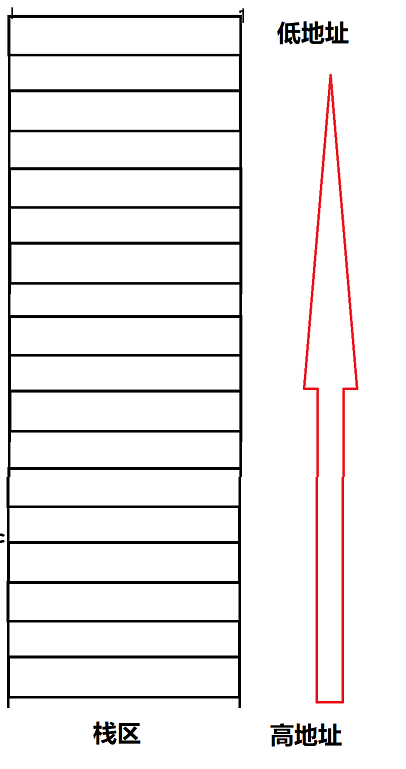 Then we need to understand the two registers: ebp and esp 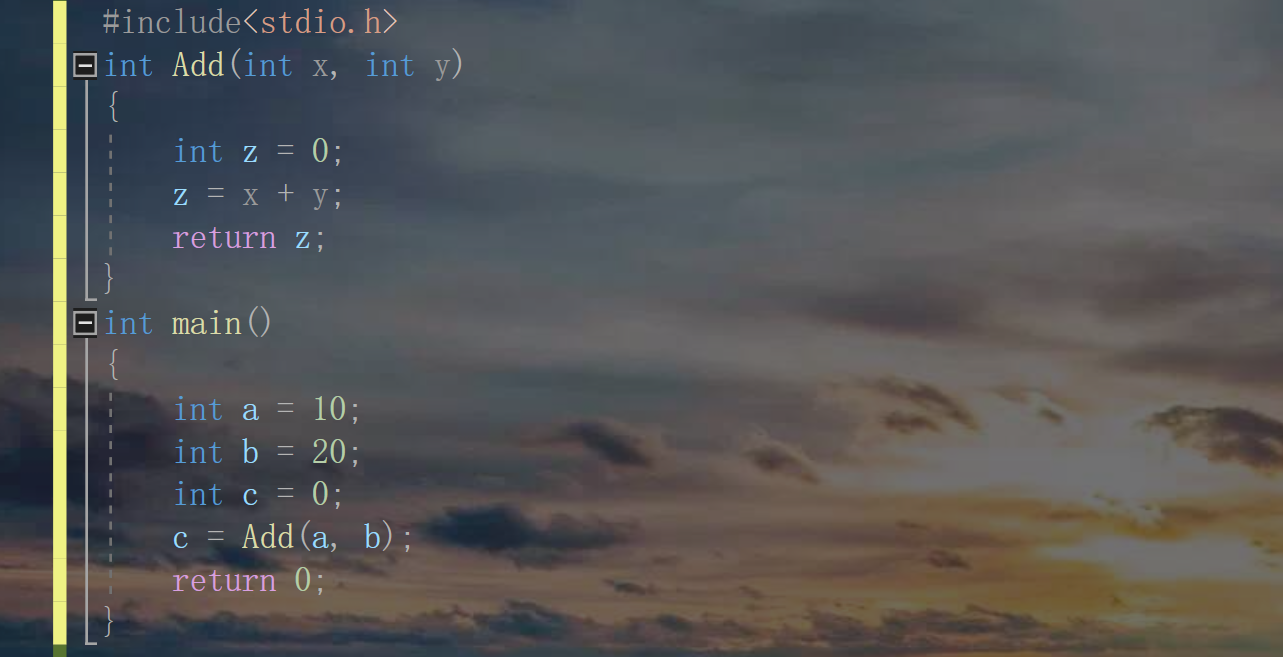 For ease of understanding, I break this code down enough.

ok, now let's start to see how the bottom layer is implemented.

We press and hold F10 to get the code running, then go to disassembly, turn on memory and monitoring. 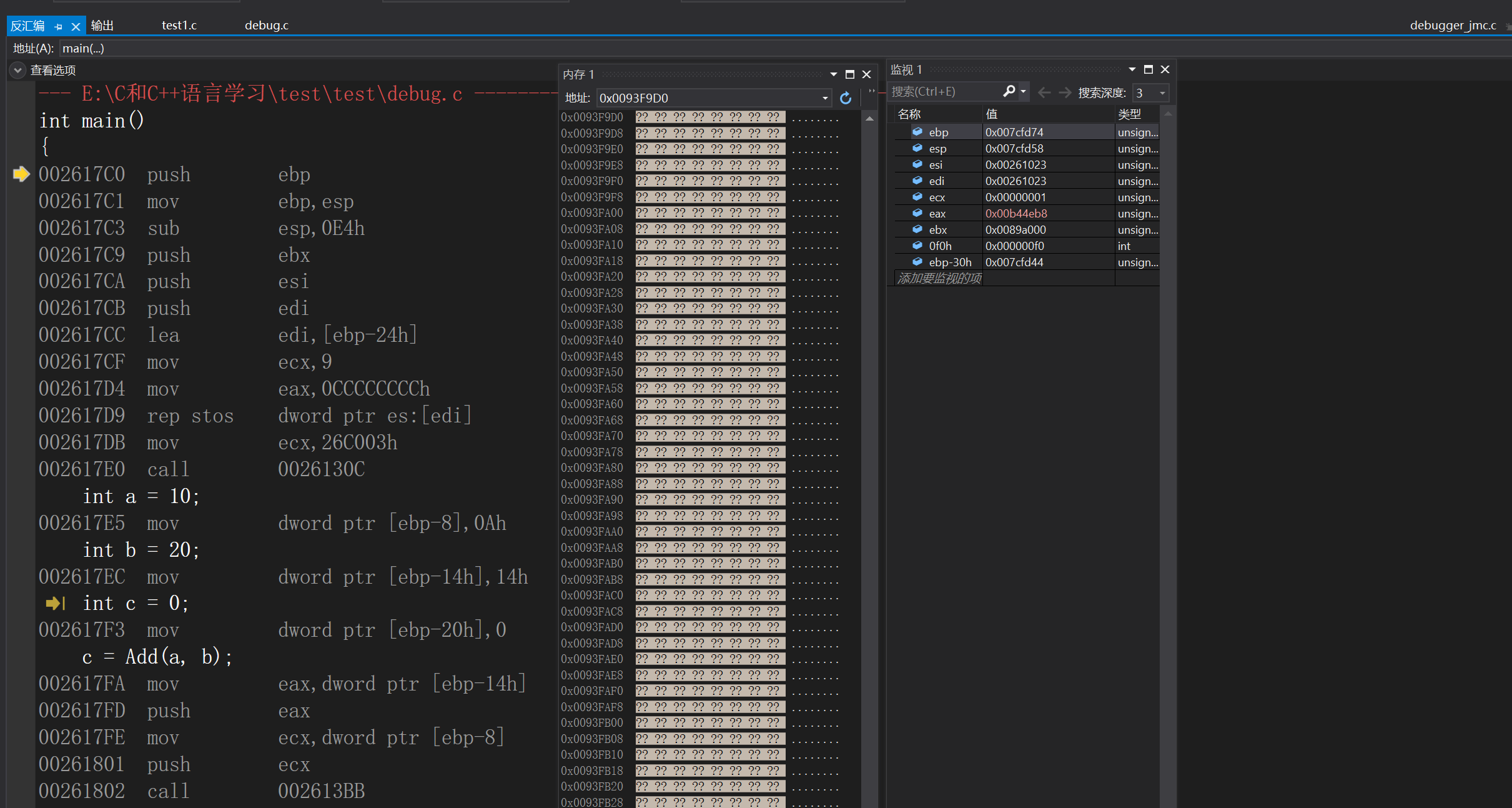 Anyway, I saw such a mess.

The lines on the left are actually assembly code. It should be noted that we will not analyze lines 11 and 12 for the time being, because they are made by vs2019 and optimized. If you use vs2013 or even older versions, it will basically not appear. (the process of creating and destroying function stack frames is similar in different compilers and environments)

Let's analyze it bit by bit:

At this time, the diagram of our stack area can be understood as follows: 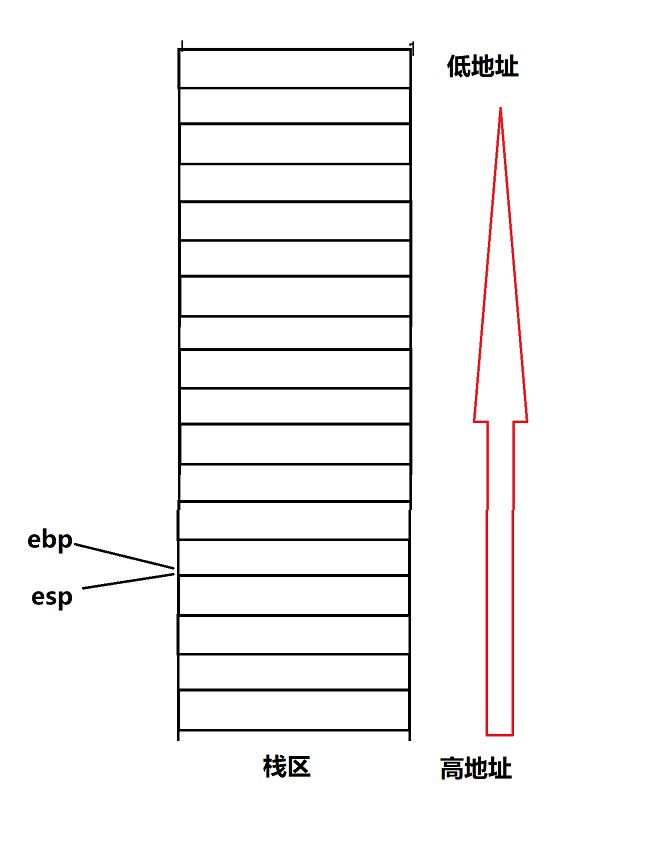 (stack area diagram at this time) 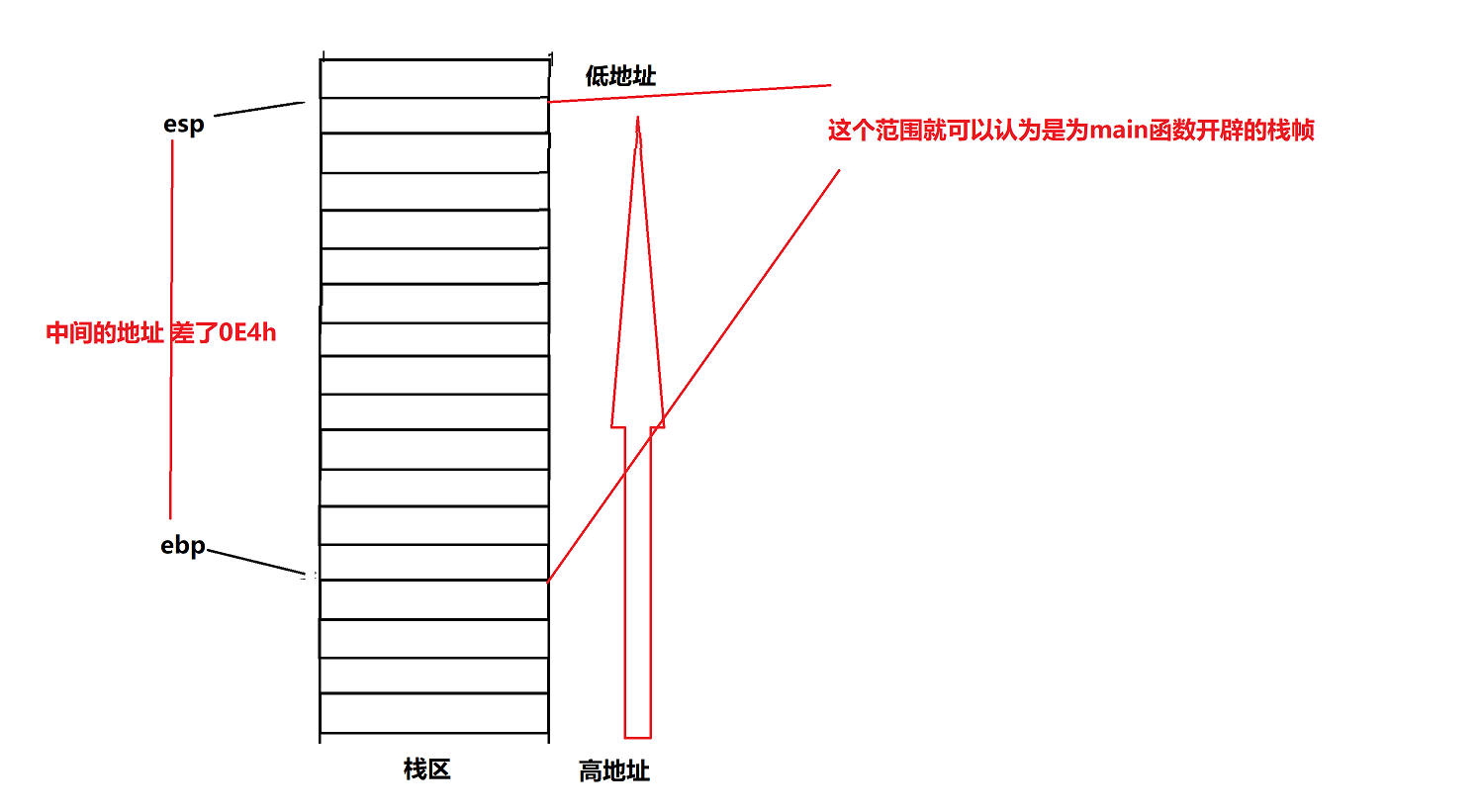 We can let the code go and see if the value of ebp and esp is as we said. 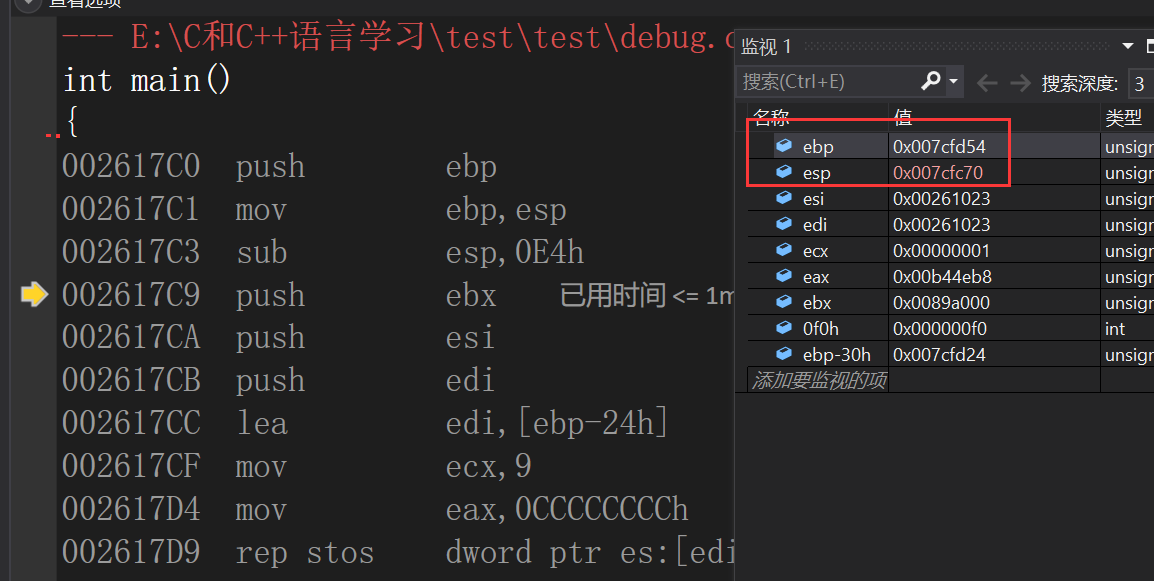 At this time, we get the stack area diagram as follows: 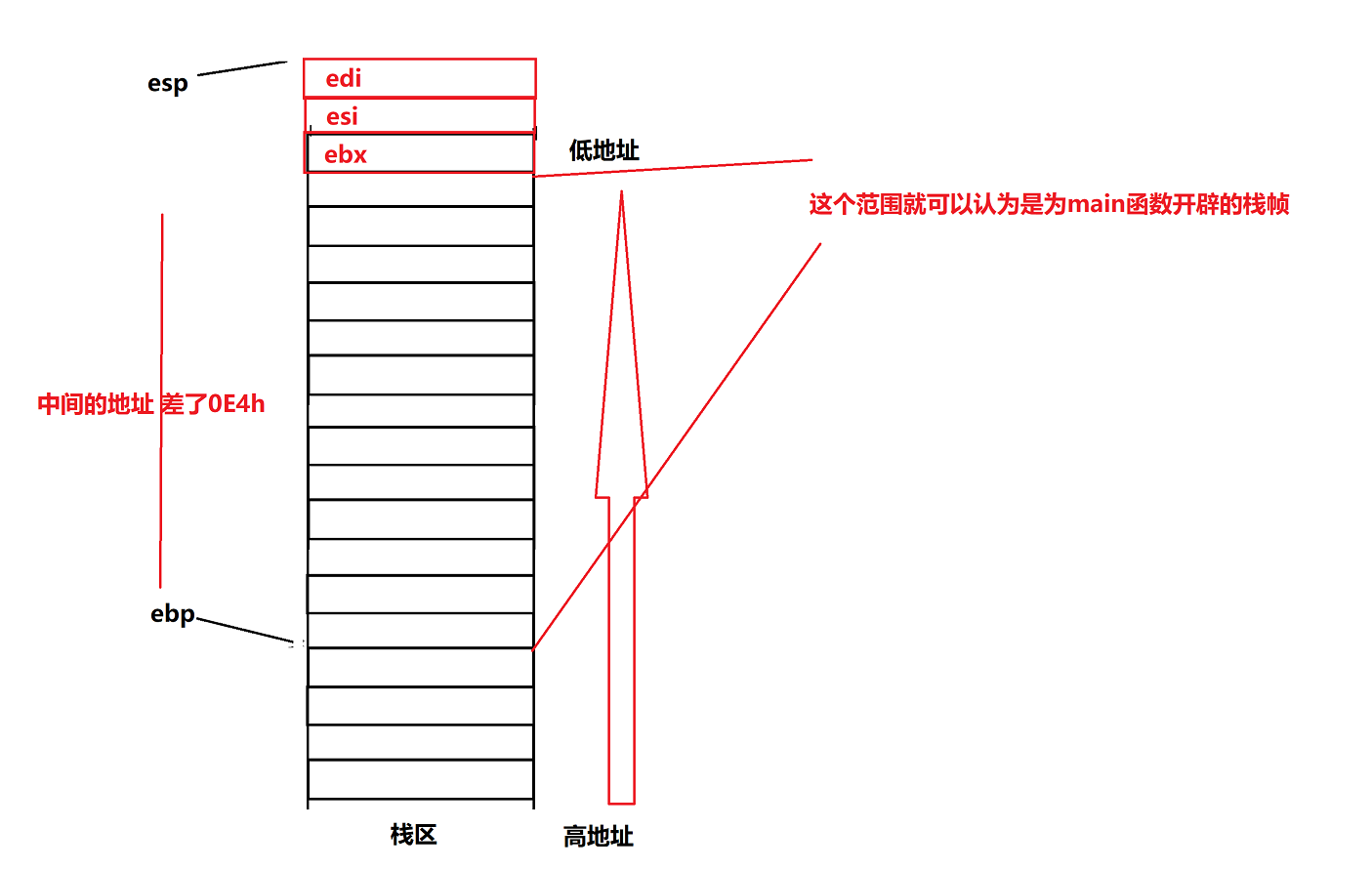 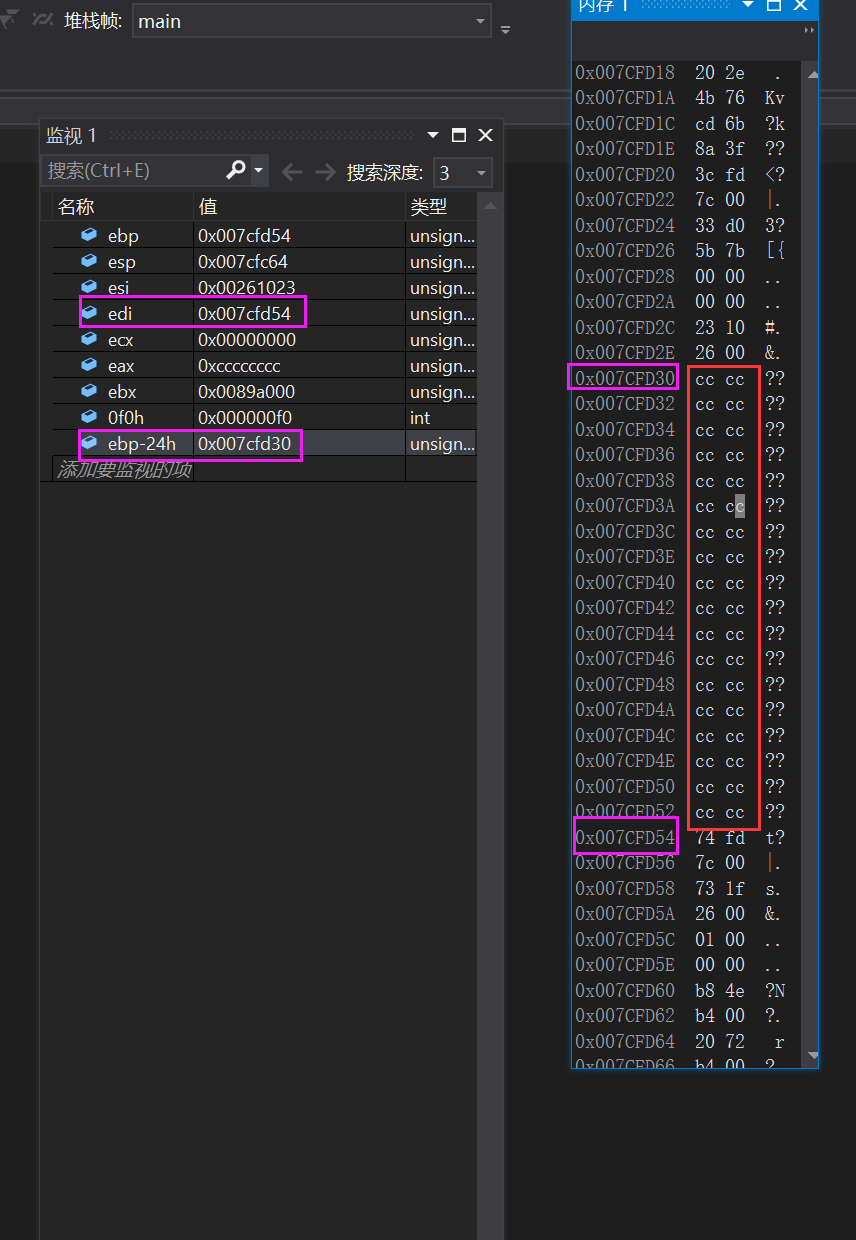 In addition, note that it has been done 9 times, but each time it is a dword, double word, 4 bytes. A cc is a byte. So what you should see is 36 cc. So it happens to be the corresponding number of times, no more or less.

Then, the stack area diagram we just drew can be expressed as follows: 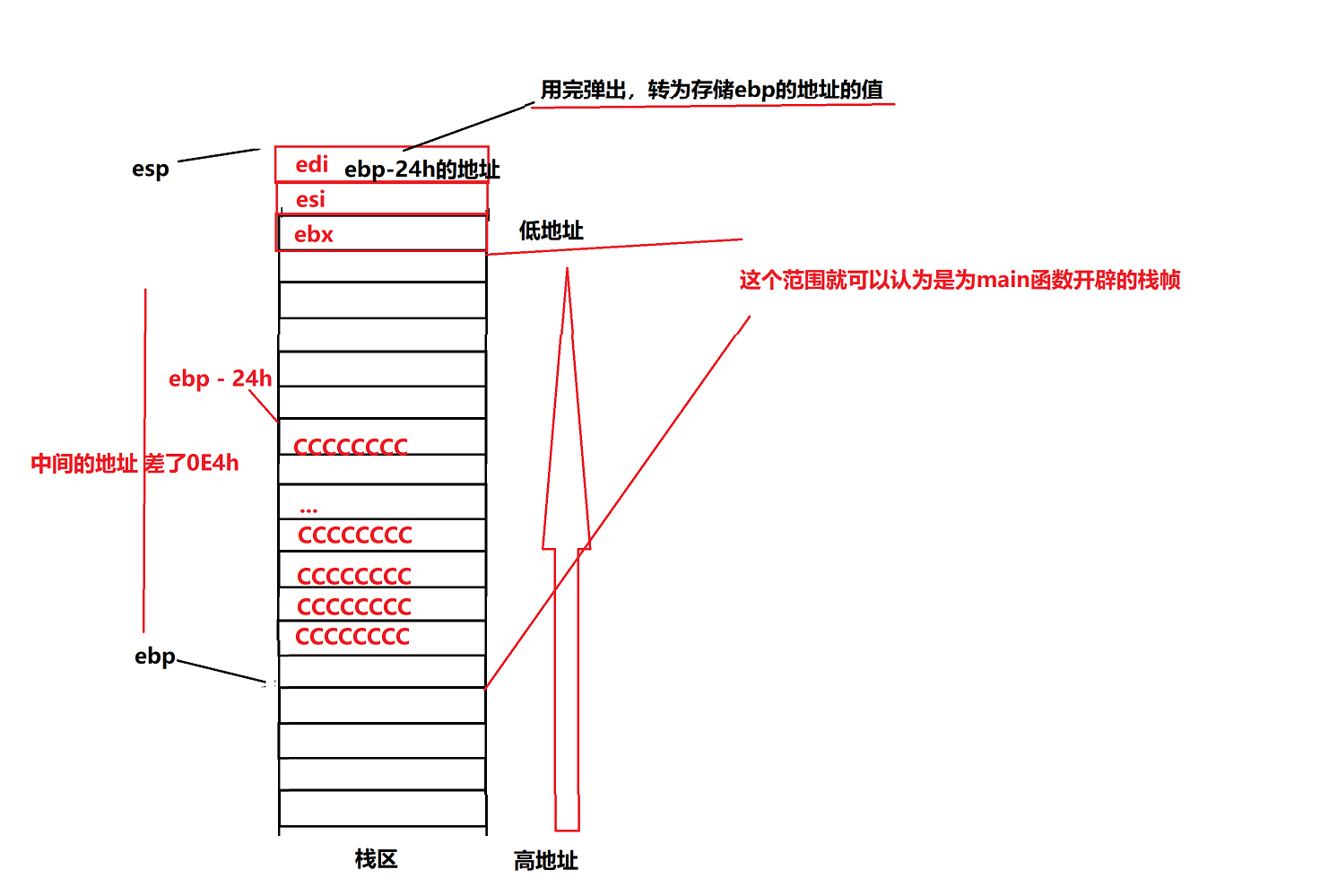 This explains why we sometimes type "hot" when we cross the border, because 0xccc corresponds to "hot" 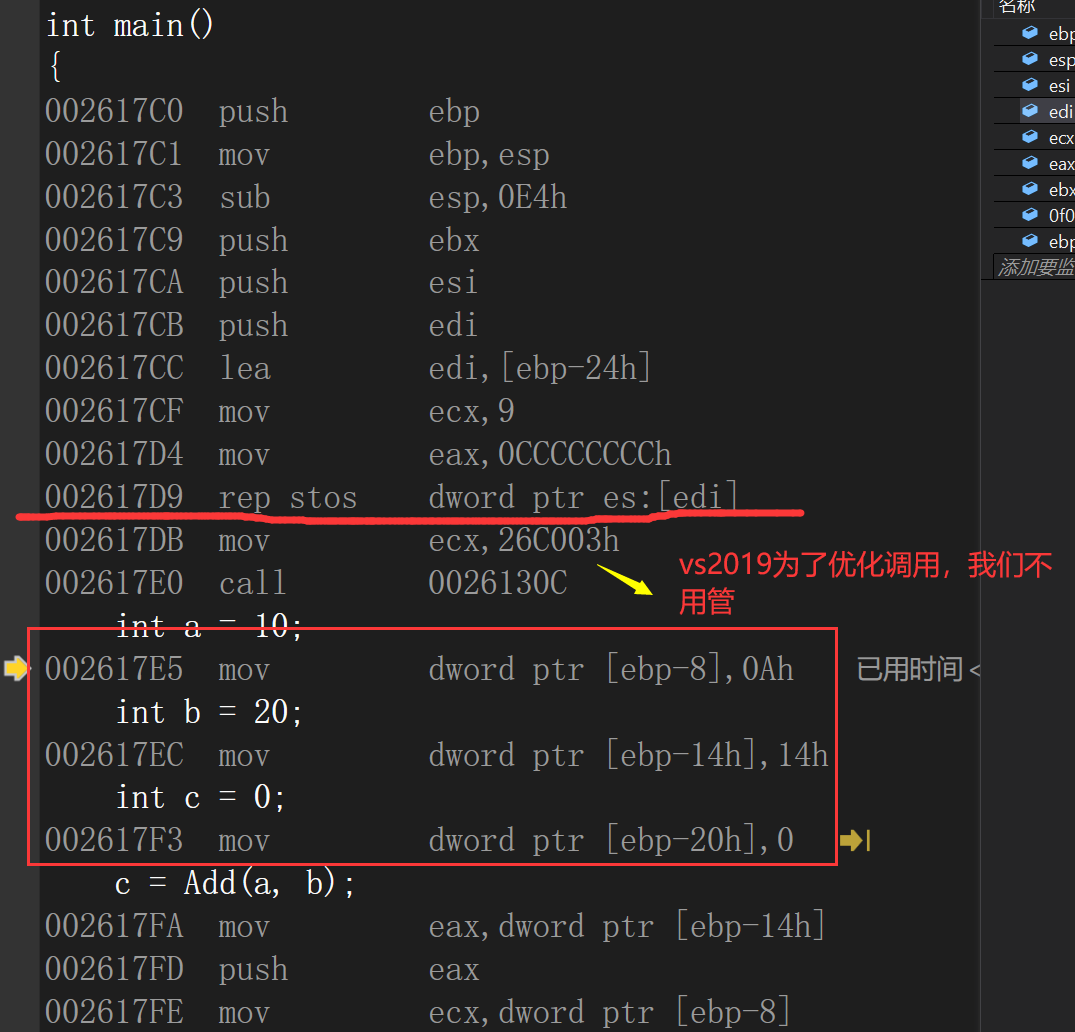 Look at the next three lines

We also copied our source code.

Or line by line:

The diagram of our stack area at this time can be drawn as follows: 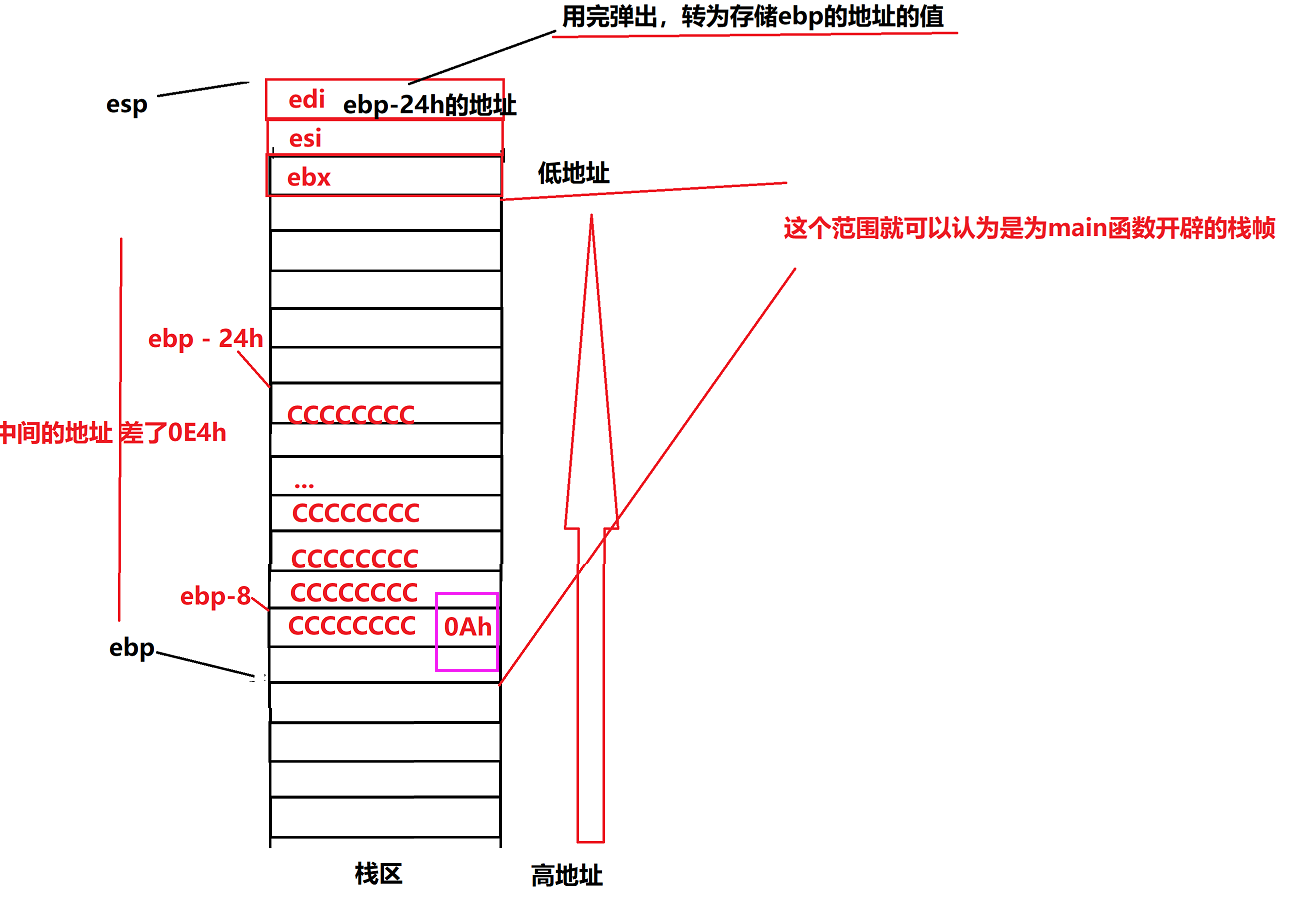 The following two lines are the same:

Then add two more variable values to the diagram

OK, let's take a look at how to call the Add function?

Let's look at it in two lines:

Notice that ebp - 14h happens to be the location of the parameter b we want to pass.

The following two lines are the same:

Then, the current stack area diagram can be understood as follows: 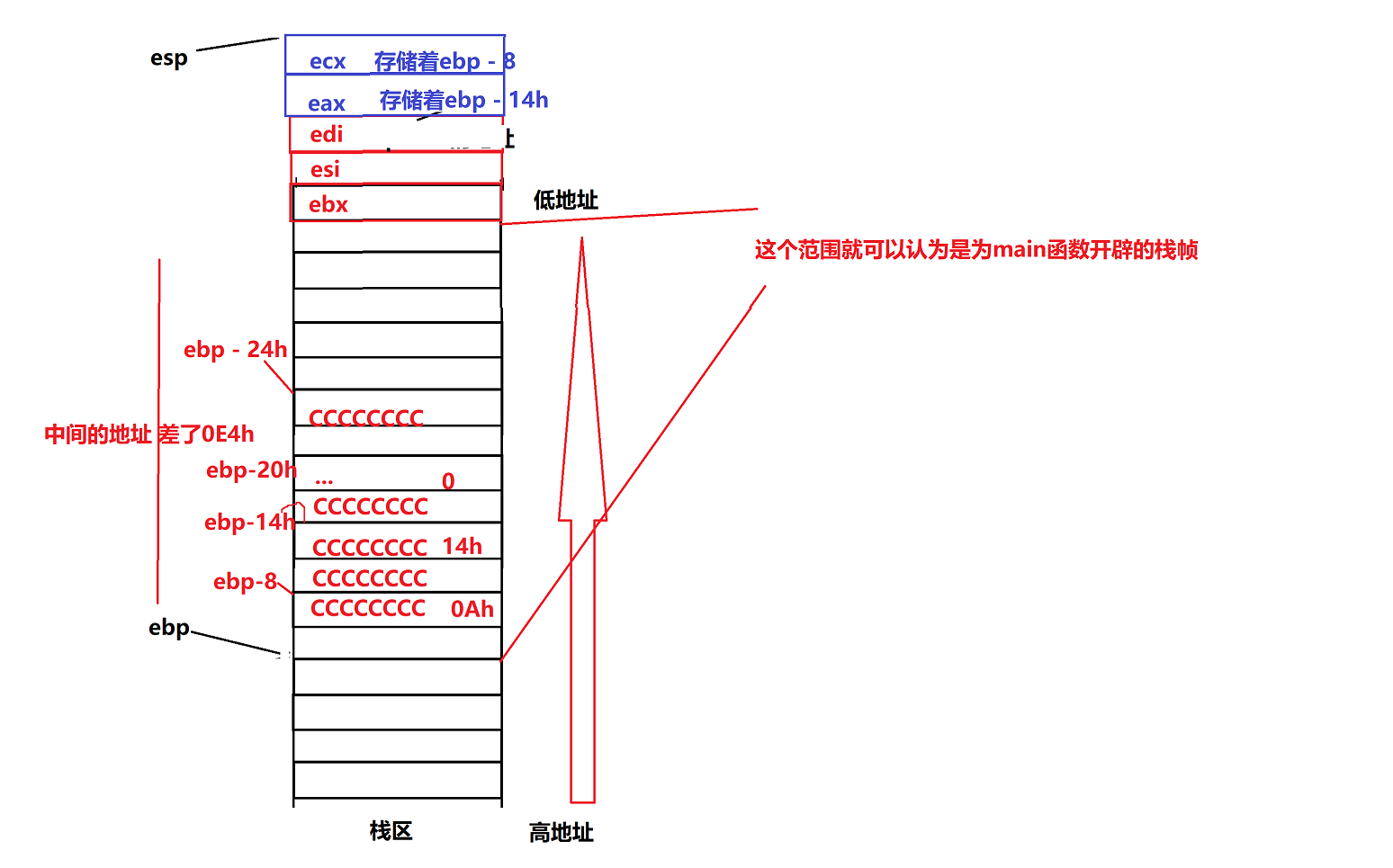 Continue down, and then we need to press and hold F11

Means to call the function, and remember the address of a line of instructions under call (that is, 00261807)

Continue to press and hold F11 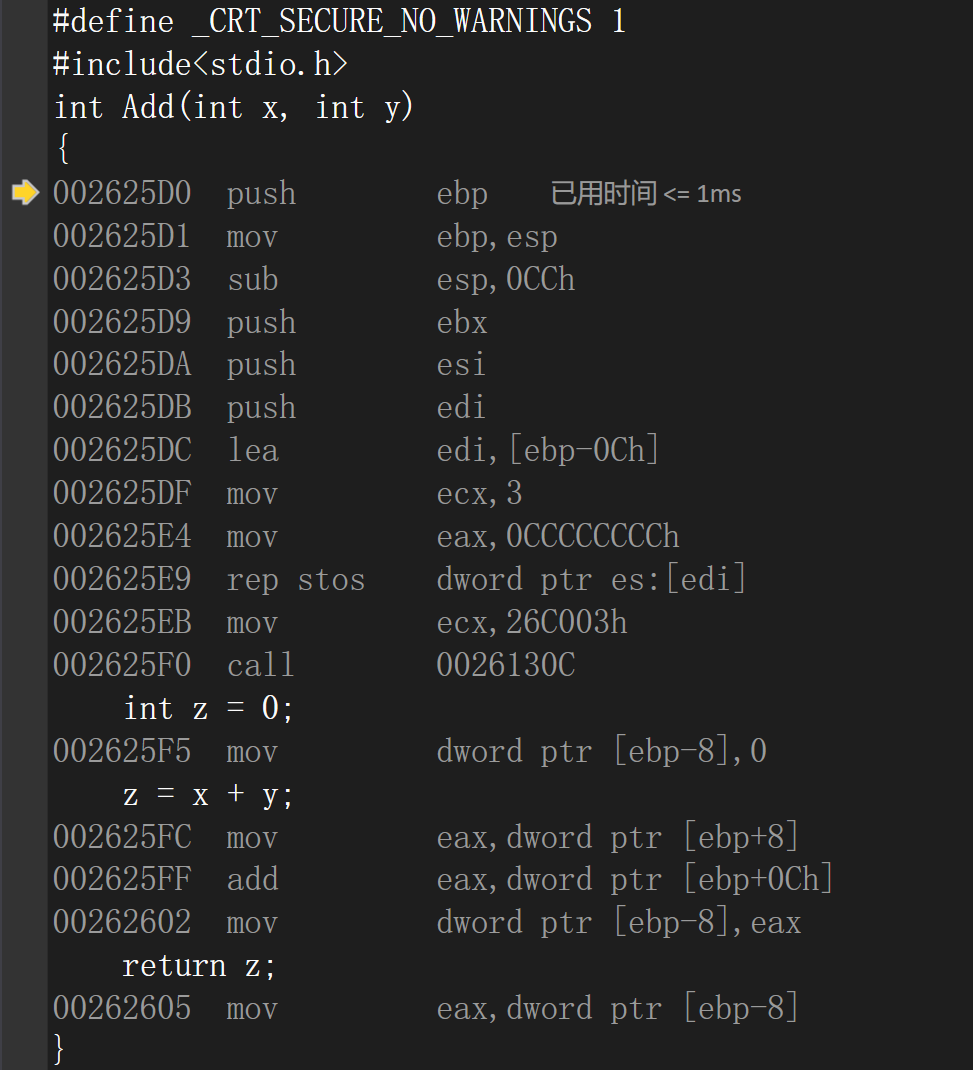 At this point, the user-defined function is formally entered.

From the just jump 002625D0, we jump to such a line of assembly instructions.

Start with this line. 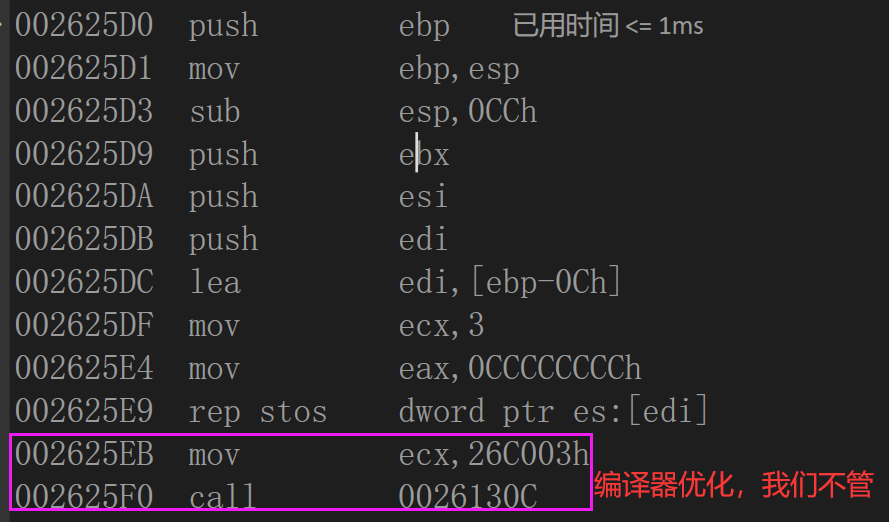 We can see that from the first line to the tenth line, it is the same as in the main function

Then give the value of ebp to esp;

Assign ebp-0Ch to edi, then read down three dword and assign it to 0cch of eax;

Then change edi to the value of ebp. 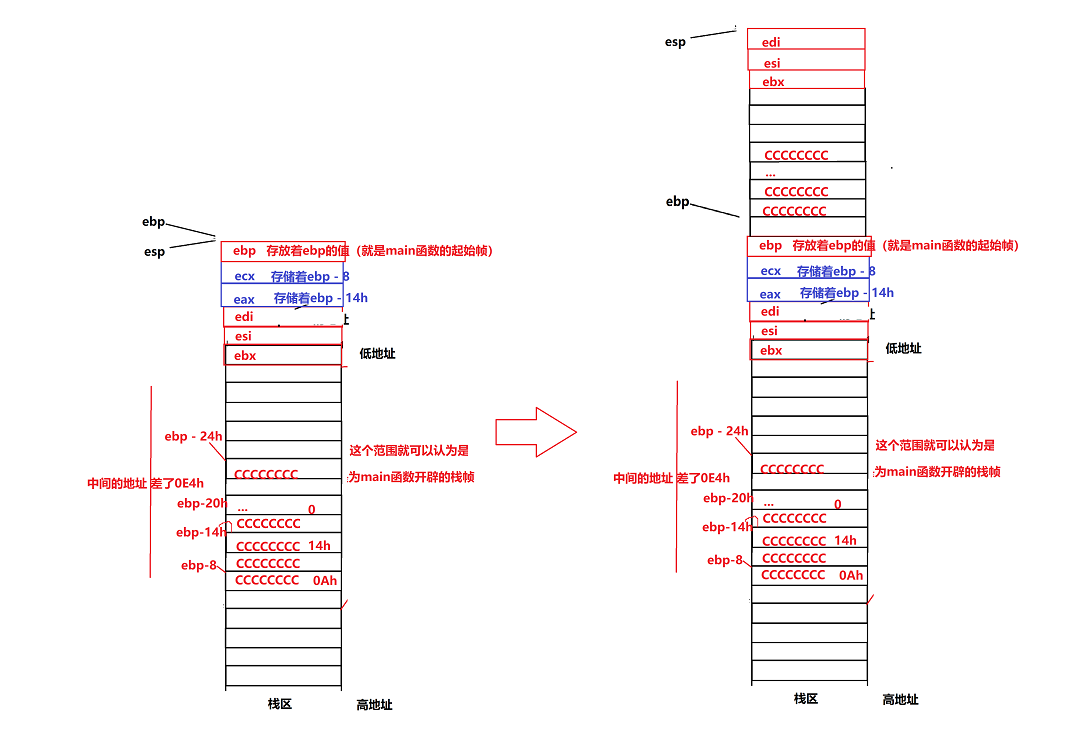 Next, the same formula, 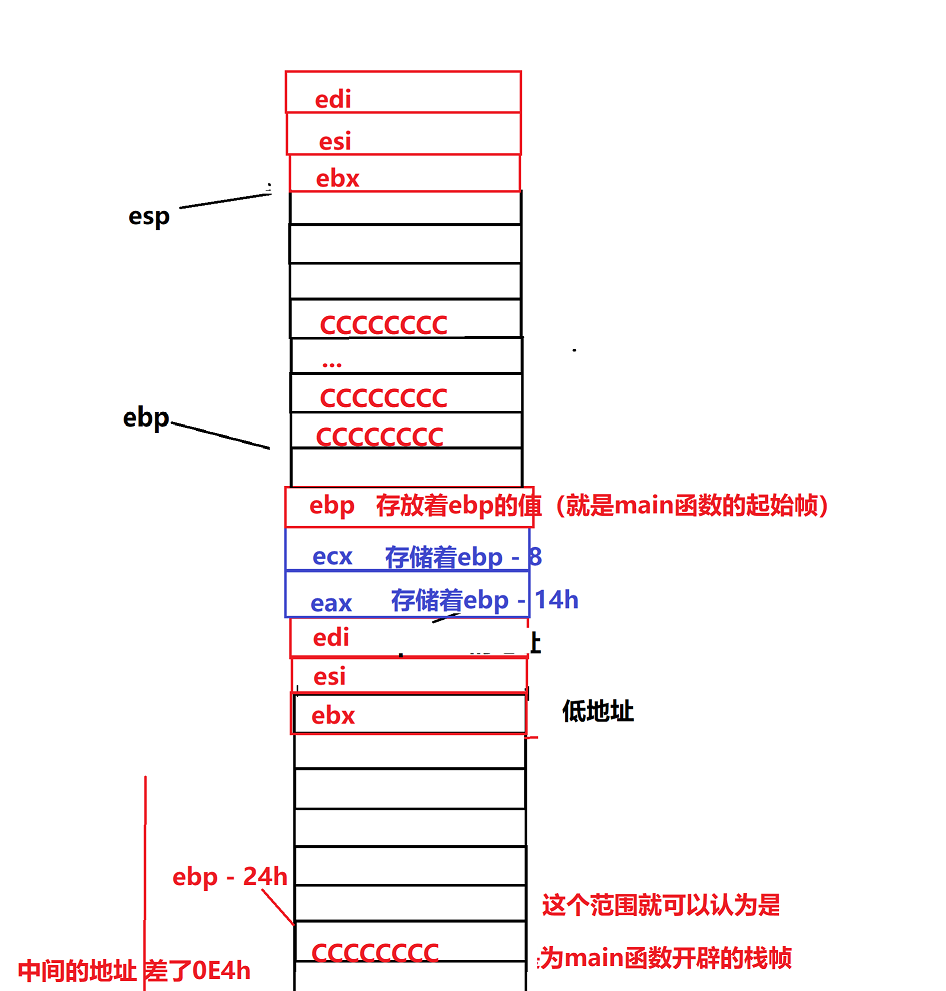 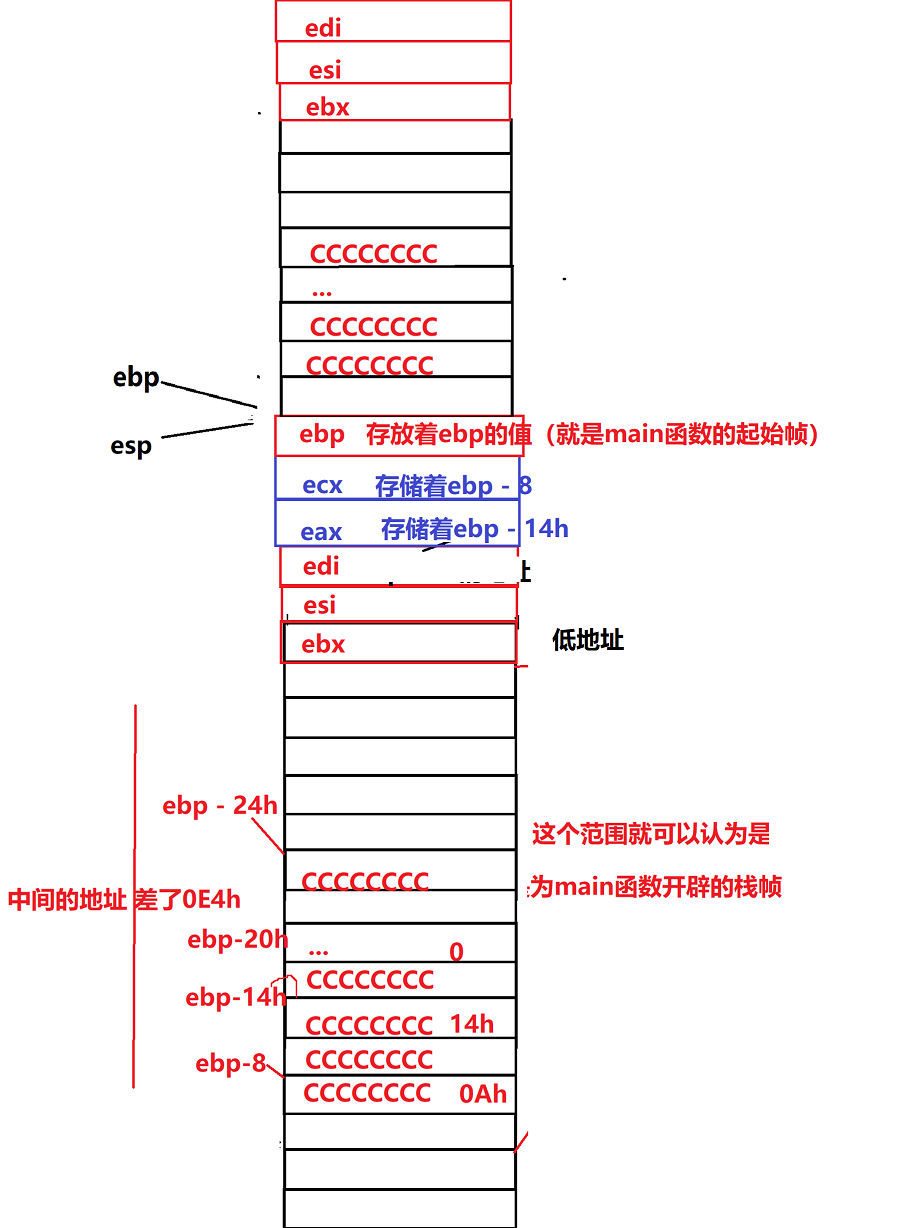 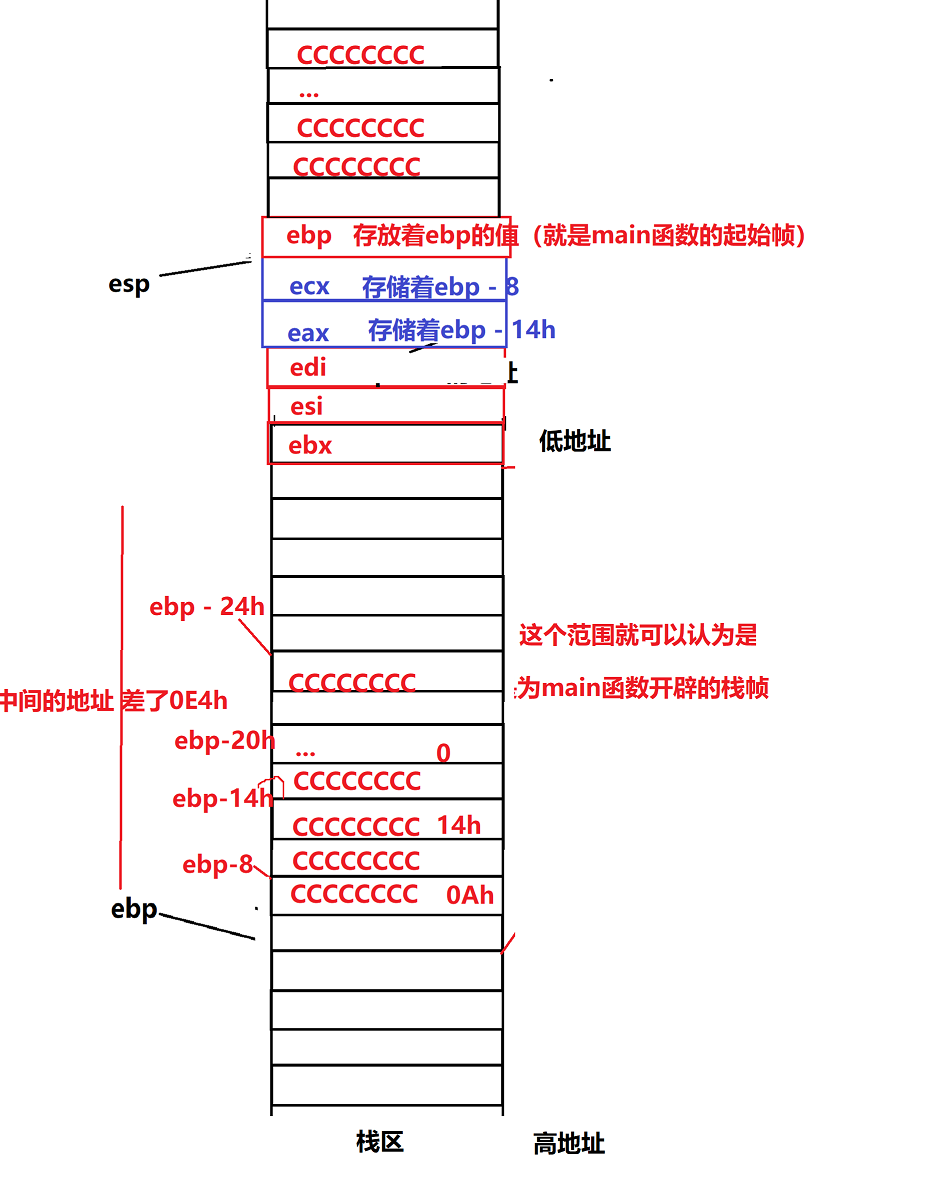 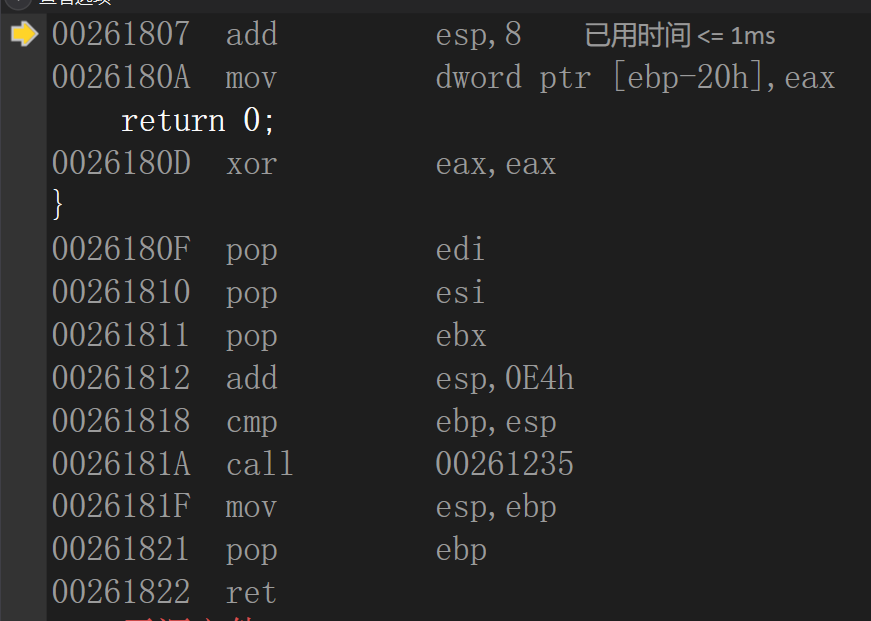 Here is the familiar formula,

Give the value of ebp to esp;

Return to end this function. 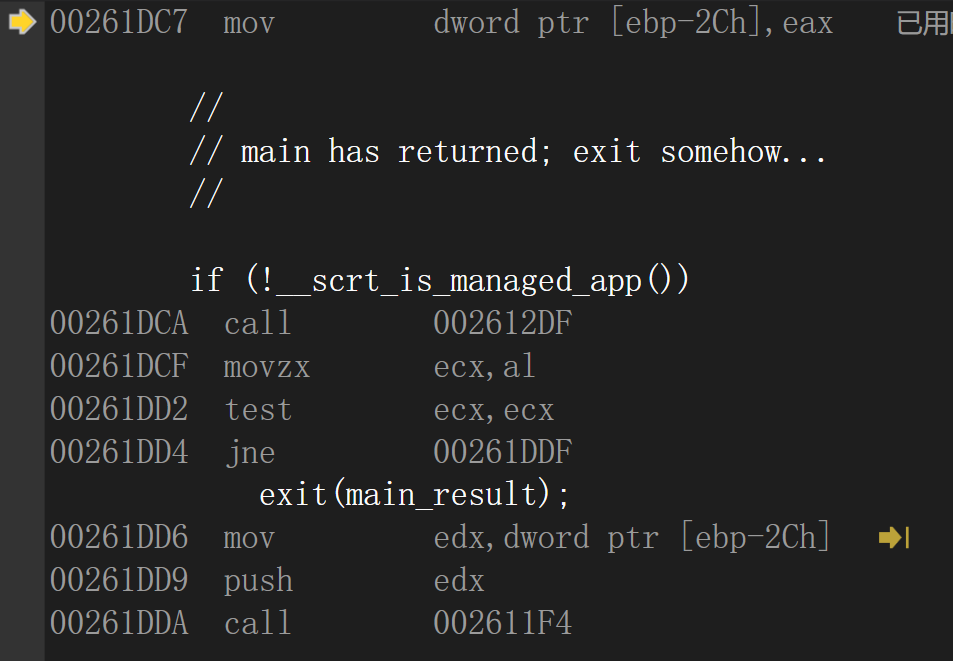 It can also be called elsewhere.

This is because the main function is actually called by other functions.

We can leave this alone.

The rest is about the compiler itself. We can simply understand it at this point.

Well, that's it. Our knowledge about function stack frames is over.

You are welcome to pay attention to me @jxwd, subscribe to the column, and you can continue to see my articles 😀😀