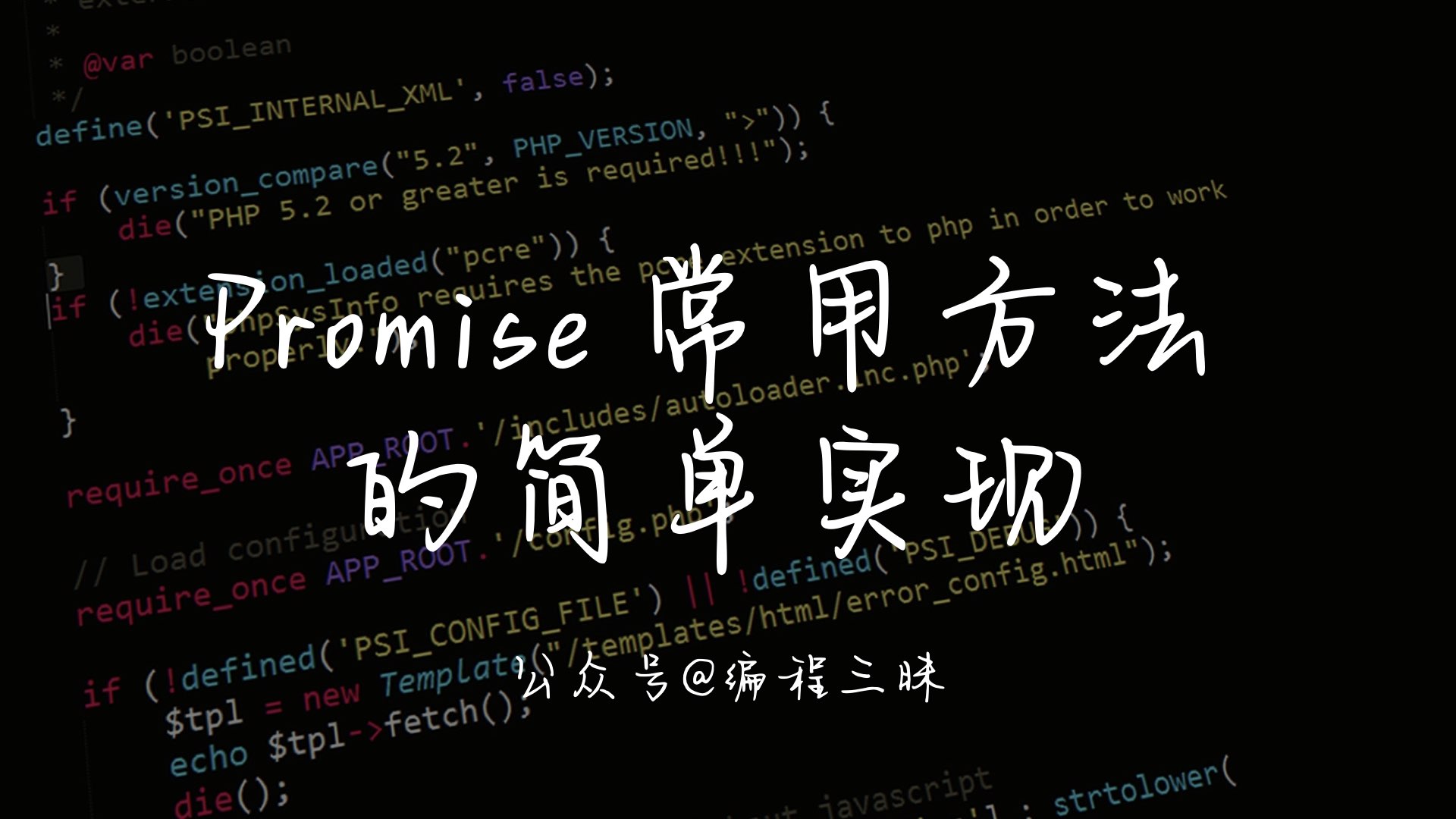 Promise is a very common concept in front-end interview and work. There is also a market for the handwritten implementation of its various methods. Today, I will summarize the simple implementation of promise's basic methods.

The catch method is an encapsulation of the then method and is only used to receive error messages in reject(reason).

Catch is called at the end of the promise chain call to capture the error information in the chain, but errors may also occur inside the catch method, so a method done is added to some promise implementations.

done is equivalent to providing an error free catch method and no longer returning a promise. It is generally used to end a promise chain.

The finally method is used for both resolve and reject, and the parameter function of finally will be executed.

Promise.all method receives a promise array and returns a new promise 2. All promises in the array are executed concurrently. When all promises are in resolved status, promise 2 is in resolved status and returns all promise results. The order of the results is consistent with that of the promise array. If one of the projects is in the rejected state, the whole project 2 enters the rejected state.

~ End of this article, thank you for reading!