Handwriting a thread pool, take you to learn the implementation principle of ThreadPoolExecutor thread pool

Absrtact: starting from the handwriting thread pool, gradually analyze how these codes are implemented in the Java thread pool.

Thanks for the plane, notes!, The last time I suffered a loss on the thread, could this pit twice at a time!

Interviewer: Well, how is the thread pool state designed to be stored?

Xie plane: this! Next, next!

Interviewer: for the implementation class of Worker, why not use ReentrantLock to implement it, but inherit AQS?

1. Let's look at an example first

This is an example for creating a thread pool. I believe you have used it many times.

The core purpose of thread pool is to utilize resources and avoid resource consumption caused by repeated thread creation. Therefore, the idea of a pooling technology is introduced to avoid the performance overhead caused by repeated creation and destruction.

Then, let's analyze the structure of this pool through practice and see how it handles threads.

In fact, most of the time, the core main logic of a piece of function code may not be very complex, but in order to make the core process run smoothly, many additional branch auxiliary processes need to be added. As I often say, I made the ass paper so big to protect my hands!

As for figure 21-1, the implementation of this handwriting thread pool is also very simple, which only reflects the core process, including:

Above, the implementation of thread pool is still very simple. From the test results, the core idea of pooling can be reflected. The main functional logic includes:

Well, the above is the concrete embodiment of the implementation of this simple thread pool. But if you think about it carefully, you will find that many improvements are needed here. For example, what about the status of thread pool? It's impossible to run all the time What about the lock of thread pool? Won't there be concurrency problem What about the strategy after thread pool rejection?, These problems are not solved in the main process, and it is precisely because there is no such process that the above code is easier to understand.

Next, we begin to analyze the source code of thread pool. Compared with the simple thread pool reference we implemented, it will be easier to understand! 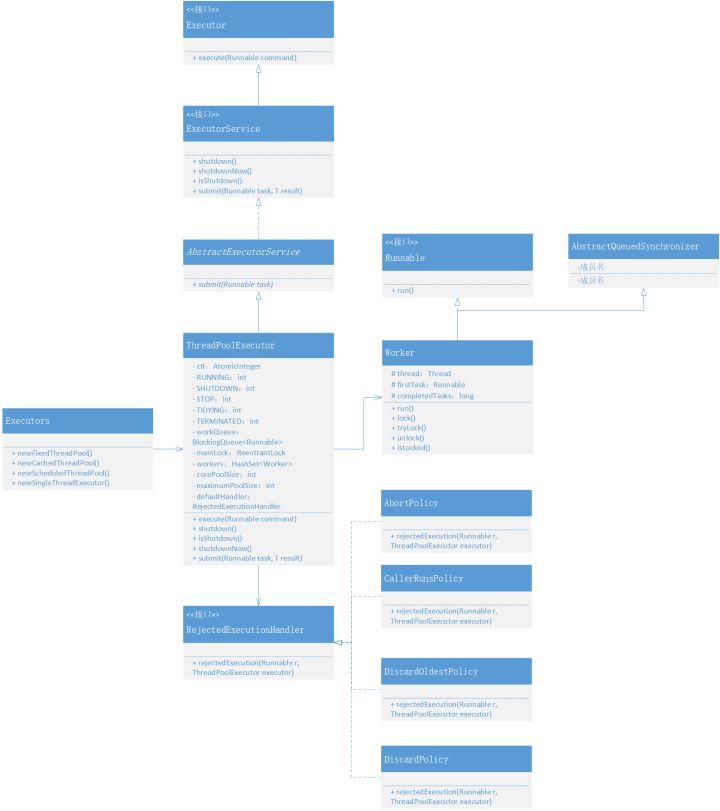 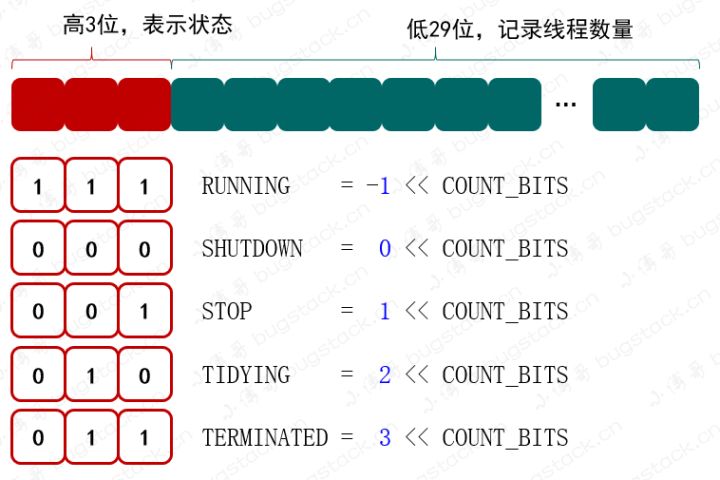 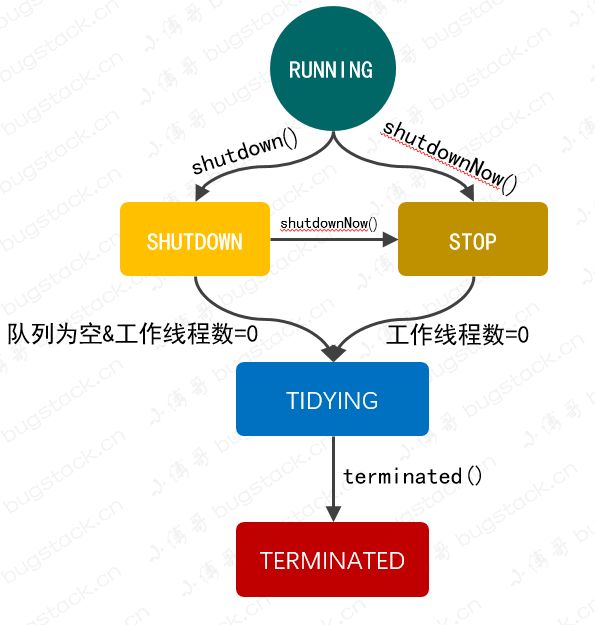 Figure 22-4 shows the state flow relationship in the thread pool, including the following states: 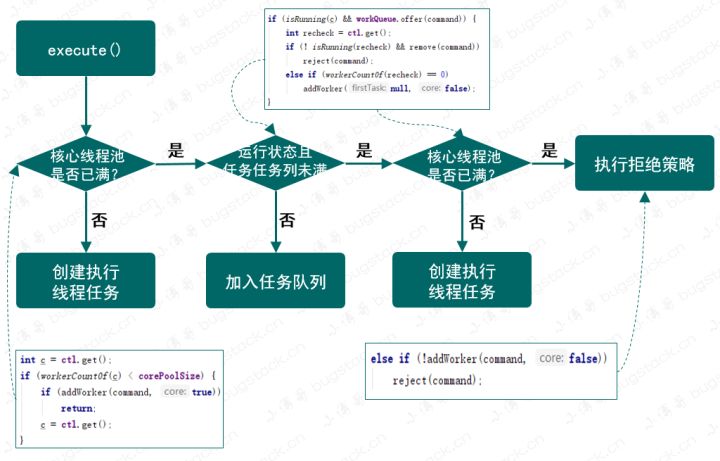 When reading this part of the source code, you can refer to our own thread pool. In fact, the ultimate goal is the same, that is, the thread that is submitted can start execution, join the queue and make decision strategy. 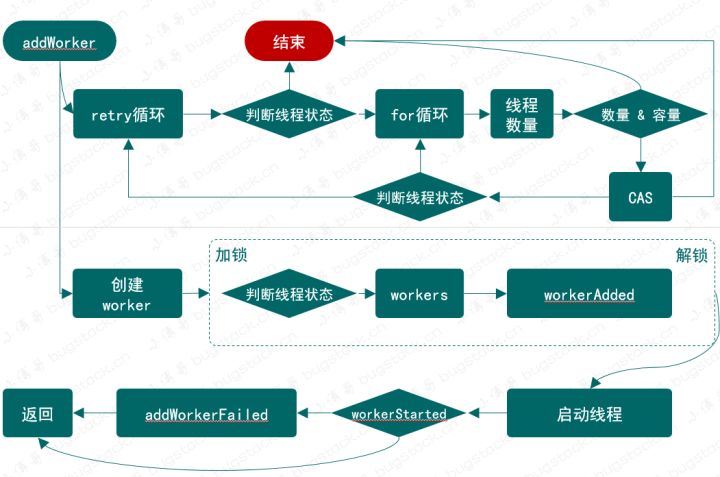 The first part is to increase the number of threads

The first part is to create a startup thread

In fact, with the foundation of handwriting thread pool, you can basically understand what thread pool is doing. The core point here is task Run () makes the thread run. Additional additional processes are as follows;

If you have started reading the source code, you can see such a circular code while (task! = null | (task = gettask()) in the runWorker method= null). This is the same as the way we operate in the handwritten thread pool. The core purpose is to get thread methods from the queue.