The second bullet in the series of software implementation Interview articles, the interview summary of MySQL and Oracle joint query and aggregate function. If you look at mysql, can't you have some oracle? In front of it, many companies have done many written test questions, and now there are few written test questions. How much ink do you have in your stomach? An experienced interviewer basically knows about it when he asks. While there is still a little memory, we can share it completely.

Series of articles have been included in github warehouse:

I'm the one who works hard and writes documents with my feet.

If you don't want to create a new sample by yourself, you also want to find a complete sample for test practice. The MySQL official website provides a sample database.

The official sakila and world databases and the download address of the official website have been provided, which can be downloaded for reference learning.

World DB database, table structure and data are included together:

Oracle11g comes with scott users after installation, which can be used to practice. The EMP and DEPT tables are mainly used. I think of the first demo example of CURD written in the ssh framework of Java that year, which is the two tables of Oracle, because they are related.

The second bullet in a series of articles on software implementation, which I wanted to write last year, has been until now, ha ha. 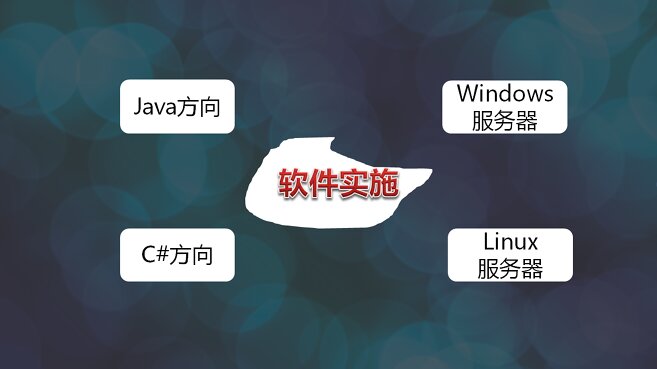 Worse than the pendulum, who is the strongest, he is stronger and stronger every time. Now I look back on those blogs I wrote before. Although I only sent them after my real practice and verification, I feel rotten. Although the document I wrote is very bad, it's better than before. In a year or two, you will find that the progress is considerable and the treasure house of knowledge is becoming richer and richer.

Think more and practice more. Don't just think about it, but move immediately. Practice and verify in person. Ask more why and think about the essence of things. It's better to see it ten thousand times than to practice it yourself.

My test environment is based on:

Internal connection: the statistical content is the overlapping part of table1 and table2. 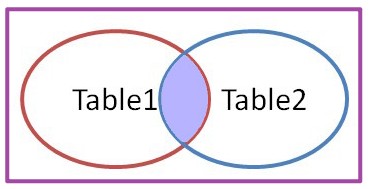 Left outer connection: outer can be omitted. The statistical content is mainly table1.

1.1 example of joint query in MySQL

The keyword of inner join query in MySQL: inner join on. It is only used as a demonstration, and the explain execution plan is not executed to judge the execution efficiency. Little suggestion. When testing these joint queries, you can see the differences between the three joint queries without too many filter conditions.

1.2 example of joint query in Oracle

Mainly take the SCOTT user as an example to check the tables under the SCOTT user. In this way, you need to run SQL query as a dba administrator:

The joint query in Oracle is also demonstrated by employee table (emp) and department table (dept).

Carry out association query according to department number, and carry out paging query. 5 pieces of data are displayed on each page:

There is a difference between union and union all. The examples I listed are fuzzy matching, but the effect is not demonstrated. After using union all, the DBMS will not cancel duplicate rows.

tips: the CMD command window in Windows can use color a to call out the green font with black background, and color f0 is to quickly call up the black font with white background!

Example: the city table in the world database is used for demonstration paging query, and the data structure is displayed through desc, which is very common when cooperating with development for joint debugging:

Query the first five data in the city table in the world database:

Similarly, use the desc keyword to query the emp table structure:

The first common method of Oracle paging query is to query the 6th ~ 11th data. Through nested sub query, the keywords rownum and where are used:

The second common method of Oracle paging query is to sort order by first, and then paging query to query the 6th ~ 11th data:

Most of the functions mentioned below are supported by standard SQL databases, but they should also be tested and verified according to the actual situation. Individuals mainly verify MySQL and Oracle.

Key point: when we want to migrate data, count and sum functions cannot avoid the need to manually calculate and compare the consistency of data before and after migration.

The following shows how to query the emp table of scott user in Oracle database by using multiple functions at the same time:

Returns the average value avg, which is generally intercepted with the substr keyword, and retains two decimal places through calculation.

Average salary statistics of employees in a company:

Return the count of statistical rows

Count the total number of employees in a company:

Returns the total number (sum). The sum function is generally used with the decode function. The black background above is tired after seeing it for a long time, so I specially changed a kind of eye color. The font color has not been specially changed. The font is a little bigger and looks more comfortable.

Calculate the total salary of all employees in a company:

tips: the count function is frequently used in work. You don't know how many records there are in a table. You need to make statistics before processing.

The last record of the company's employees is counted through rownum:

The last three records are returned according to the actor (actor list) in sakila database as an example through the limit keyword, and the actor is used_ Sort by ID.

Note: limit belongs to the syntax after MySQL extends SQL92 and cannot be used in other databases. Oracle paging can be realized through rownum, which is also introduced above.

Use with the aggregate function sum to query the emp table under scott user in Oracle. Use group by to group, and then calculate the salary of employees in each department of the company:

Difference: the difference between having and where is that having filters the aggregated results conditionally, while where filters the records before aggregation. If logic allows, you should use where to filter records first as far as possible. Due to the reduction of the result set, the efficiency of aggregation is significantly improved. Finally, judge whether to filter again with having according to logic.

Used in conjunction with the aggregate function, the emp and dept tables under scott user in Oracle.

First group the Department names, and then use having to filter out the departments whose total salary is greater than 10000:

Everything should depend on the actual working scene. Some personal understandings are just suggestions, and the final application needs to be combined with the actual application scenario. The software implementation has no high requirements for SQL functions, triggers and stored procedures, but it also needs to be able to use them basically. In some special scenarios, using these core knowledge of SQL will help to improve our work efficiency.

When you create a new trigger using a third-party client tool, some templates will be automatically generated:

The storage engine that supports complete transactions uses commit transactions as much as possible while ensuring the integrity and consistency of data. Using functions and stored procedures as a good example, it can be applied to quickly generate tens of millions of large data tables in MySQL for testing, and it can also be associated with testing performance. This is a better way to arouse the motivation of our study.

This is a movie rental information management system database officially provided by MySQL with stored procedures, triggers and function examples. And the EER model is officially provided to facilitate understanding the association relationship between each table. You can use MySQL workbench to open sakila Mwb for reference learning. If you can read this document completely, you will find that I provided the download address of the official website of sakila database at the beginning.

Use the DESC keyword to view the view structure. This keyword is very practical. The view and table structure are very similar, with the actor in sakila_ Info view:

An official example: create a stored procedure, declare three constant fields, assign values to the demonstration fields respectively, and finally copy and save the found records to p_film_count. Why do I say replication here? Because select is used Into keyword.

The main block of functions, triggers and stored procedures is in the area of BEGIN {business logic area...} END.

As for functions, I won't list the examples officially provided by MySQL.

Give a little advice. It doesn't seem to work for you. You can ignore it: first, get familiar with the syntax quickly, interpret the official examples, and then run the verification. Finally, write some simple examples to achieve the purpose of skilled use. Don't just want to implement, but implement immediately and look at the problem with thinking. Ask more why and think about the essence.

4, You should also protect your eyes when reading documents

All the people who can see here are handsome boys and pretty girls. The above is a summary of common joint queries and aggregate functions in SQL. I hope it can be helpful to your work and study. I think it's OK. Just backhand one key three times. The update on the official account may be faster and is still improving. If I feel that the summary is not in place, I hope I can leave your valuable opinions. I will adjust and optimize it regularly in the article. 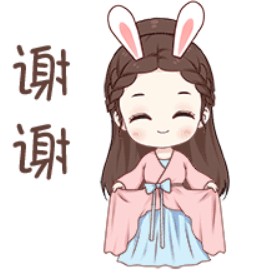