A data classification model based on genetic algorithm and random forest.

Garf ￠ uses the ￠ RF ￠ model to evaluate the role of variables in sample classification, and uses the ￠ permutation ￠ method to determine the boundary value of feature screening as the basis for the final determination of feature variables. In order to reduce the interference of noise variables on the evaluation results of ＾ RF ＾ variables, each ＾ RF ＾ model only contains some variables selected by ＾ GA ＾ algorithm, and variable screening steps are added in the genetic process to further reduce the impact of noise variables. The heuristic characteristic of GA algorithm makes the variables with strong classification have more opportunities to be evaluated, so as to enhance the stability of GA evaluation results; At the same time, the "variation" process of GA # algorithm makes the search results converge in a certain direction and have strong diversity, so that the variables with weak classification can also get a certain opportunity to be evaluated. The above two characteristics of GA # algorithm not only ensure the depth of variable evaluation, but also take into account the breadth of evaluation. In the variable screening within the genetic process, the "permutation" method is used to obtain the empirical distribution of the importance score of no difference variables between groups, and the boundary value of variable screening is determined adaptively according to the empirical distribution. 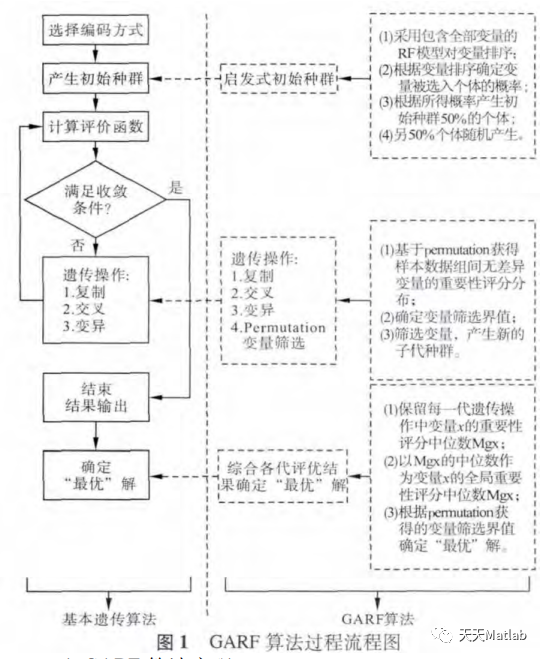