Where query and fuzzy query

Note: the expression is "IS NULL", and "= NULL" cannot be written out. Two nulls can only be judged to be equal, such as:

If it is changed to = NULL, the query result is an empty set but will not report an error (unfamiliar with SQL and often make errors)**

The establishment of database table is shown in the figure below:

Subquery: a query nested in other queries

There are three tables as follows:

Note: generally, in the sub query, the program runs in the statement nested in the innermost layer first, and then in the outer layer. Therefore, when writing sub query statements, you can first test whether the inner sub query statements output the desired content, and then test out layer by layer to increase the accuracy of sub query. Otherwise, multi-layer nesting makes the readability of statements very low.

Query the customer information of TNT2

The specified field name 1 and field name 2 are the basis for grouping query results
HAVING keyword, which specifies a conditional expression to filter the grouped content
GROUP BY is generally used together with the aggregation function. If the query field appears after GROUP BY but is not included in the aggregation function, this field displays the value of the first record after grouping. In this way, the query result may not meet our expectations

Use the GROUP BY keyword alone to query a record in each group, 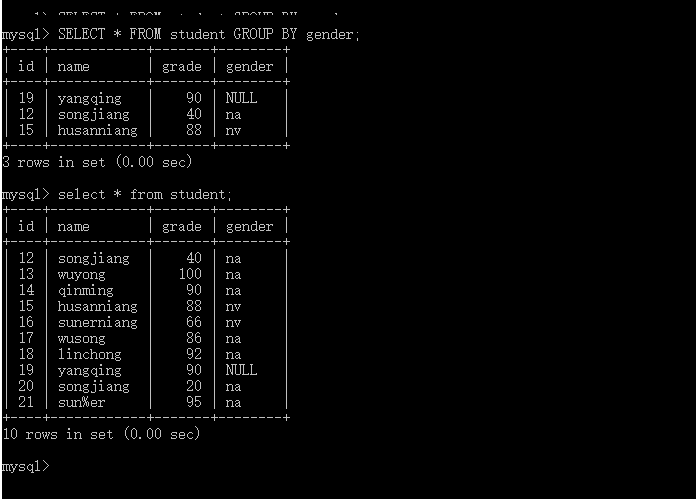 GROUP BY and aggregate function, used together

GROUP BY and aggregation function can be used together to count the maximum, minimum and average values of a or some fields in a group

Query the student table, group according to the gender field value, and calculate the number of students in each group 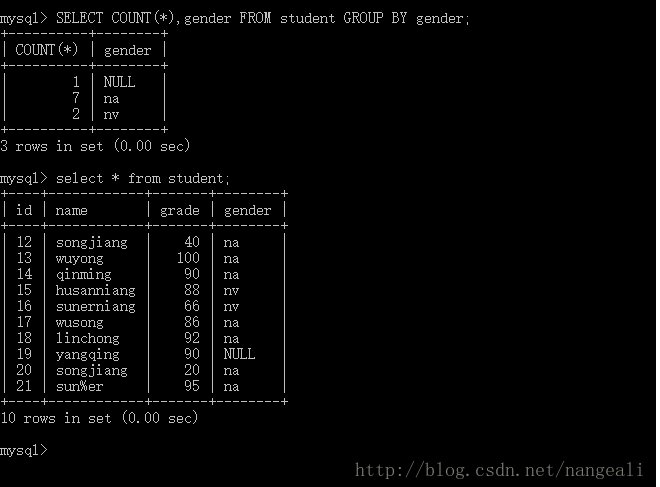 It can be seen that GROUP BY groups the gender field, and then counts the number of each group through the COUNT() function

GROUP BY and HAVING keywords, used together

HAVING keyword and WHERE keyword have the same function. They are used to set conditional expressions and filter query results.

Query the student table, group according to the gender field, and find out the groups whose sum of grade field values is less than 300 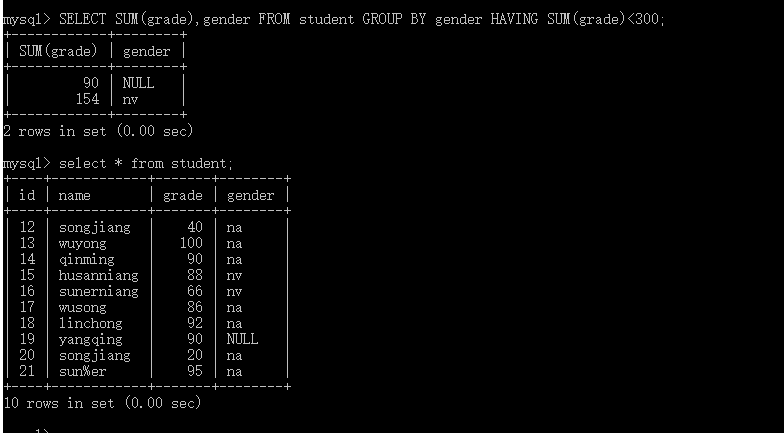 It can be seen that only for groups with NULL and nv values in the gender field, the sum of grade field values is less than 300