A ThreadLocal fights the interviewer for 30 rounds

A battle between job seekers and interviewers is taking place in a business building in Hangzhou.

Angela: Hello, interviewer. I'm the three bitches in the grass, the strongest single (Daji refuses to accept), the grass motorcycle driver, the promoter of the 21st set of radio gymnastics and the successor of fire. Angela, this is my resume. Please have a look.

Interviewer: according to your resume, how familiar are you with multithreading programming?

[thought] isn't it a silly person who says he's proficient? Who talks about his proficiency? Isn't he a fool!

Interviewer: then tell me about the use of ThreadLocal in your project.

Angela: our project is confidential. No comment. You'd better change your question!

Interviewer: let's talk about an unclassified project, or you can directly tell me the implementation principle of Threadlocal. 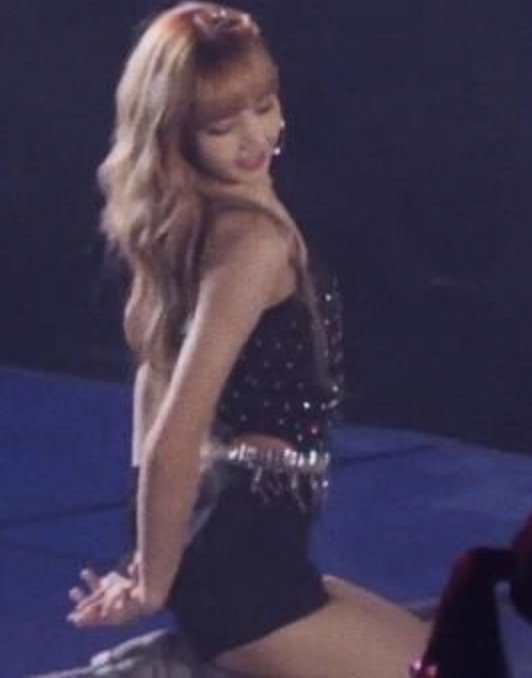 Angela: lifting a chestnut, we Alipay will have many user requests every second. Each request has user information. We know that a thread usually processes a user request, and we can throw the user information into the Threadlocal so that each thread can process its own user information, and the threads will not interfere with each other.

Interviewer: wait a minute. What's the personal question? Why did you run out of the interview from Alipay and can't stand PUA?

Angela: PUA, I don't exist. The person who can PUA me hasn't been born yet! I'm tired of eating in the company canteen and want to change my taste.

Interviewer: can you tell me what Threadlocal does?

Angela: Threadlocal is mainly used to isolate thread variables, which may not be very intuitive.

Or in the example mentioned above, when our program processes user requests, the back-end server usually has A thread pool, and A request is handed over to A thread for processing. In order to prevent string data when multiple threads process requests concurrently, for example, thread AB processes Angela's and Daji's requests respectively, while thread A originally processes Angela's requests, As A result, they visited Da Ji's data and transferred the money of Alipay.

Therefore, Angela's data can be bound to thread A and unbound after the thread is processed.

Interviewer: then use pseudo code to realize the scene you just said. Here you are!

Interviewer: then tell me how Threadlocal implements the isolation of thread variables?

Angela: Oh, get to the point so quickly. I'll draw you a picture first, as follows

Interviewer: I've seen the chart. Then tell me about the process in the corresponding chart in front of the code you wrote.

Angela: let's take a look at the description of ThreadlocalMap

ThreadLocalMap is designed to maintain thread local variables. It only does this.

This is also why ThreadLocalMap is a member variable of Thread, but it is an internal class of Threadlocal (non-public, only package access permission, Thread and Threadlocal are under java.lang package), which is to let users know that ThreadLocalMap only saves Thread local variables.

Angela: there will be a problem with this design. For example, I have stored the user information in the thread variable. At this time, I need to add a new thread variable. For example, add the user geographic location information. The key of ThreadlocalMap uses the thread, and then save a geographic location information. The keys are the same thread (the same as the key), Just overwrite the original user information. Map.put(key,value) operation is familiar, so some articles on the Internet say that ThreadlocalMap uses thread as key is nonsense.

Interviewer: what should I do to add geographic information?

Angela: like HashMap, it is also implemented by array.

table is an array that stores thread local variables. The array element is the entry class. Entry is composed of key and value. Key is the Threadlocal object and value is the stored corresponding thread variable

For the example we gave earlier, the array storage structure is shown in the figure below:

Interviewer: what if there is a hash conflict in ThreadlocalMap? What's the difference with HashMap?

Angela: [thought] the first time I met someone who asked about ThreadlocalMap hash conflict, this interview is becoming more and more interesting.

Say: there is a difference. For hash conflicts, HashMap adopts the form of linked list + red black tree. As shown in the following figure, if the length of the linked list is too long (> 8), it will be turned into red black tree:

Angela, official account: Angela's blog A HashMap talked with the interviewer for half an hour

ThreadlocalMap has neither linked list nor red black tree. It adopts the open addressing method. In this way, if there is a conflict, ThreadlocalMap will directly look back to the next adjacent node. If the adjacent node is empty, it will be saved directly. If it is not empty, it will continue to look back until it is found empty, put the elements in, or the number of elements exceeds the threshold of array length, Expand the capacity.

As shown in the figure below, the length of ThreadlocalMap array is 4. Now there is a hash conflict when saving the geographical location (there is already data in location 1). Look back and find that location 2 is empty, and store it directly in location 2.

Source code (if it's difficult to read, you can go back to read after reading):

Interviewer: I see that the key in the ThreadlocalMap you drew in the front figure is the type of WeakReference. Can you tell me about several similar references in Java and what are the differences?

Interviewer: can you explain why the key in ThreadlocalMap is designed as weak reference?

Angela: Yes, in order to try our best to avoid memory leakage.

Interviewer: can you elaborate? Why do you try your best? As you said earlier, the objects referenced by WeakReference will be directly recycled by GC (memory collector). Why not directly avoid memory leakage?

Angela: let's look at the picture below

In order to facilitate you to understand weak references, I wrote a Demo program

You can see that once an object is only weakly referenced, it will be recycled during GC.

Interviewer: since ThreadLocal objects have strong references and cannot be recycled, why should they be designed as WeakReference?

Angela: the designer of ThreadLocal considers that threads often have a long life cycle. For example, thread pools are often used, and threads are always alive. According to the JVM root search algorithm, there has always been a reference link such as thread - > ThreadLocalMap - > Entry (element). As shown in the figure below, if the key is not designed as a WeakReference type and is strongly referenced, it will not be recycled by GC, The key will never be null, and the Entry element that is not null will not be cleaned up (ThreadLocalMap determines whether to clean up the Entry according to whether the key is null)

Therefore, the designer of ThreadLocal believes that as long as the scope of ThreadLocal is finished and cleaned up, the key reference object will be recycled during GC recycling, and the key will be set to null. ThreadLocal will try its best to ensure that the Entry is cleaned up to avoid memory leakage as much as possible.

Look at the code

Interviewer: what if Threadlocal objects always have strong references? There is a risk of memory leakage.

Angela: the best practice is to call the remove function manually.

Let's look at the source code:

Interviewer: do you have any practical experience in Threadlocal engineering? Tell me about it.

I talked with one of your interviewers before, how did I improve the performance of the forty core rpc interfaces of Alipay system, which is the result of one of the interfaces after tangential flow, and Threadlocal is used.

Interviewer: Well, talk about it.

Angela: I just said that there are more than 40 interfaces that need technical transformation and optimization. The risk is very high. I need to ensure that the business will not be affected after interface switching, which is also called equivalent switching.

The process is as follows:

Interviewer: last question, if I have many variables in Threadlocal map, don't I have to declare many Threadlocal objects? Is there a good solution.

Angela: our best practice is to make a re encapsulation. Just make the value of ThreadLocalMap into a Map. In this way, only one Threadlocal object is needed.

Interviewer: can you elaborate?

Interviewer: let's get here first today. You go out of the door and turn right. Go back and wait for the notice!