An article is enough to understand where the pointer is sacred 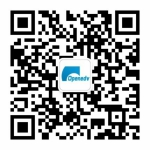 What is a pointer:

As can be seen from the above figure, generally speaking, int variables have 4 bytes, so each address is offset by 4 bytes. If the pointer P points to the address 0x20000004, the value stored in the address is 0x82.

What is the C language pointer

Above, we have learned how the computer memory stores and reads the value of the address. Obviously, Xiaobian refers to a 32-bit computer to facilitate us to learn MCU, because most MUC s are also 32-bit.
C language pointer can simplify some tasks executed by C programming tasks, such as dynamic memory allocation. If there is no pointer, it cannot be executed. Therefore, it is necessary to learn pointers as a C programmer or embedded engineer.
The address of data in memory is also called pointer. If a variable stores a pointer to data, we call it pointer variable. When learning C language, variables have a memory location, so they can use the "&" operator to access the address to represent an address in memory. As shown in the following source code:

Use of secondary pointer: