Docker was originally an internal project initiated by Solomon Hykes, the founder of dotCloud company, during his stay in France. It is an innovation based on cloud service technology of dotCloud company for many years. It was open-source under Apache 2.0 license agreement in March 2013, and the main project code is maintained on GitHub. The docker project later joined the Linux foundation and established the alliance to promote open containers (OCI).

Docker has received extensive attention and discussion since it was open source. So far, its GitHub project has more than 57000 stars and more than 10000 fork s. Even due to the popularity of docker project, dotCloud decided to change its name to docker at the end of 2013. Docker was originally developed and implemented on Ubuntu 12.04; Red Hat supports docker from RHEL 6.5; Google also widely uses docker in its PaaS products.

Docker is developed and implemented in Go language introduced by Google. Based on cgroup and namespace of Linux kernel and Union FS of overlay FS, docker encapsulates and isolates processes, which belongs to virtualization technology at the operating system level. Because the isolated process is independent of the host and other isolated processes, it is also called a container.

Difference between Docker and virtual machine

About the difference between Docker and virtual machine, I found a picture on the Internet, which is very intuitively and vividly displayed. I don't say much, but directly go to the figure above. 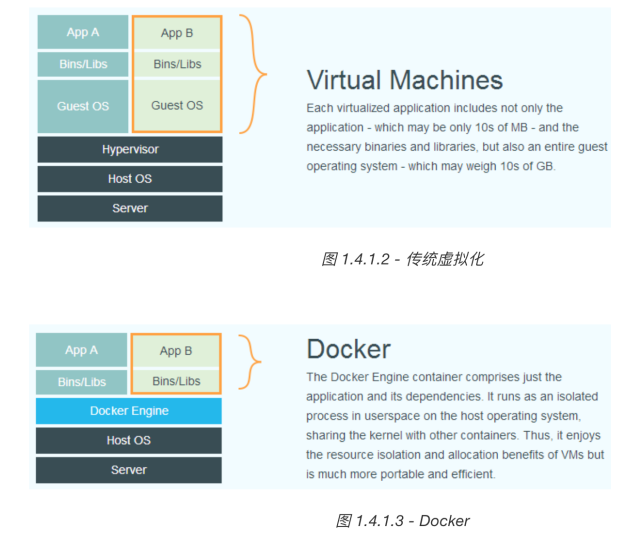 bash installation (common to all platforms)

The core architecture of Docker 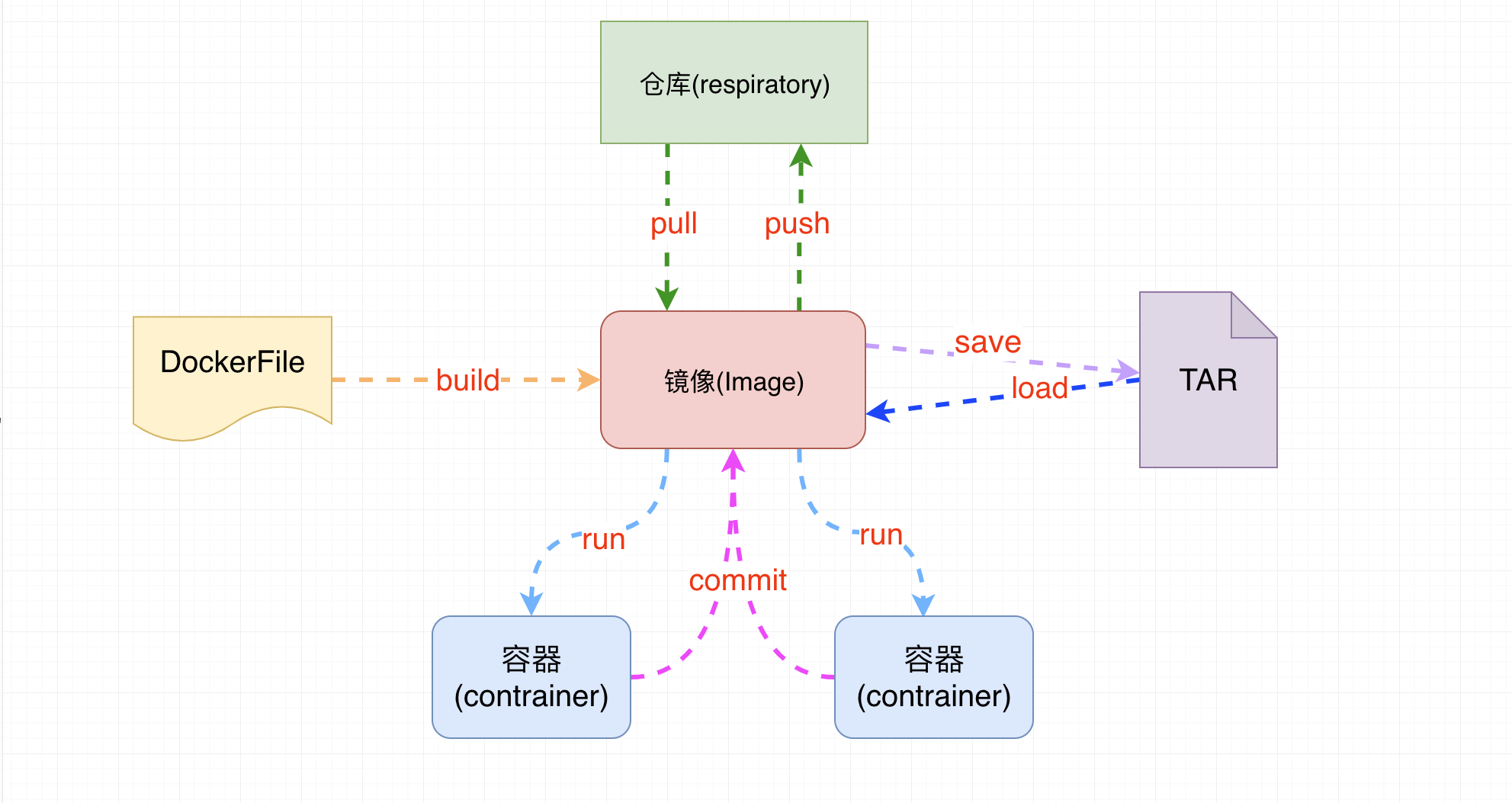 An image is a piece of software. The image is read-only and cannot be written 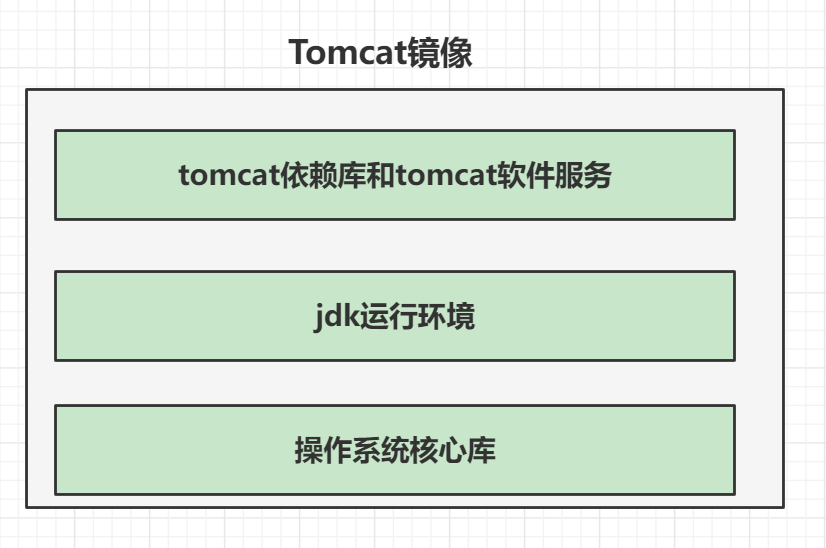 However, such an image structure can be optimized. We can extract the parts that can be reused. For example, all software service bottom layers need to rely on the operating system core library to run, so the operating system core library can be extracted and reused. For all java software, jdk is necessary, so jdk can also be extracted and reused. How to reuse, See below:

Why is a mirror so big?

Mirror image is a scroll

Reusing the underlying components can package the core library of the operating system and the jdk running environment into a basic image for use by java programs, so that the underlying images of other java programs can share this basic image. When downloading multiple java related software service images in our local warehouse, the base image only needs to be downloaded once to save disk space consumption

However, not all the underlying software services are implemented in java, so the jdk environment is also dispensable, so it can be further subdivided:

But in fact, it can be subdivided. Some software can run in different linux distributions, so that the image of the core library of the underlying operating system can continue to be split

Although we have carried out detailed splitting, we often superimpose multiple file systems when using them. For example, we superimpose the operating system core library file system, jdk environment, tomcat dependency library and software service file system to form an external table, which looks like an overall federated file system, that is, tomcat image 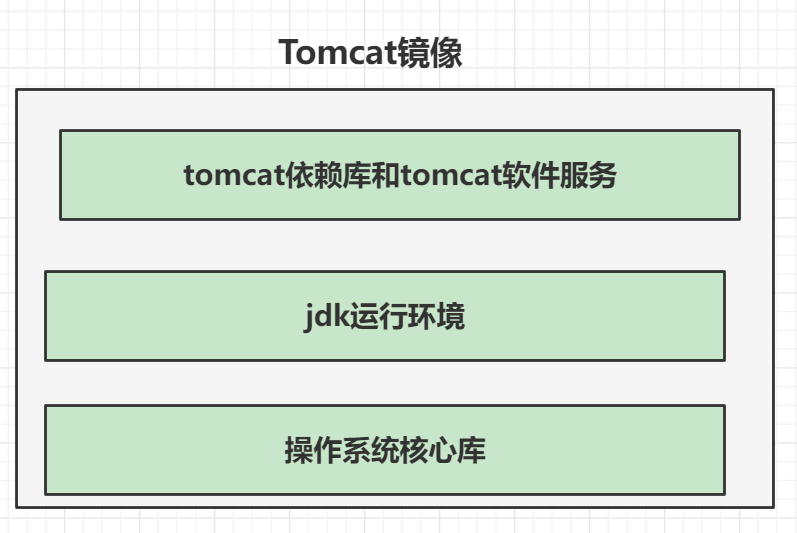 The image of docker is actually composed of file systems layer by layer.

Why does the docker image adopt this hierarchical structure?

One of the biggest benefits is resource sharing