Continuous integration is a software development practice in which team members often integrate their work. By integrating each member at least once a day, it means that integration may occur many times a day. Each integration is validated by automated builds (including compilation, publishing, automated testing) to detect integration errors as early as possible.

continuous deployment is the rapid delivery of high-quality products through an automated build, test and deployment cycle. To some extent, it represents the degree of engineering of a development team. After all, the human cost of fast-running Internet companies will be higher than that of machines. Investing in machines to optimize the development process also improves human efficiency and maximizes engineering productivities.

Pipeline, or pipeline, is a new feature of Jenkins 2.X and a continuous integration scheme officially recommended by jenkins. Unlike traditional freestyle projects, it is implemented by writing code through jenkins DSL. Compared with the way users could define Jenkins tasks only by configuring the Web interface, now users can define pipelines and perform various tasks by using the jenkins DSL and Groovy language to write programs.

The pipeline code is the Groovy script, which inserts some DSL steps for jenkins. This approach has almost no structural constraints, and the program flow is also based on Groovy grammar structure. This approach is more flexible, but you need to use Groovy.

Compared with the flexibility of script pipeline, declarative pipeline is more rigorous. Its structure is clearer and closer to projects of free style type. At the same time, a clear structure is helpful for error checking. It's easy to get started, and it's good to support Blue Ocean. This grammatical format is officially recommended.
From the following example, you can see that a stage is a stage, with steps and related configurations in each stage. agent identifies the node on which the phase is flaunting. The relevant grammar will be explained below in conjunction with the actual project.
If declarative pipeline can't meet our needs, we can use script pipeline script in declarative script. The specific method is in the next chapter.

In the practice of this article, declarative grammar is used to demonstrate a multi-branch pipeline project.

Blue Ocean is a new visual interface in Jenkins 2 (Blue Ocean plug-in is required). It adds graphical display for each stage of the pipeline, which can view the status and progress of each stage, and has the function of selective log viewing for each stage and task, which is very clear.

pipeline related plug-ins have been installed. The object of practice is a git project. There are three branches: maste, test and script. There is a Jenkins file under each branch.
The configuration of the three branches is basically the same. The main steps are as follows:
Pull Substitution Code - > Maven Packaging - > Building Mirror - > Testing - > Pushing harbor Warehouse - > Deployment and Publication

The above basically completes the continuous integration and deployment of a project.

Create a new multi-branch pipeline project, select git for source code management, and then fill in the GIT address of the project. If the permissions are normal, Jenkins scans the Jenkins file under all branches of the project after saving, automatically creates the pipeline and executes it. 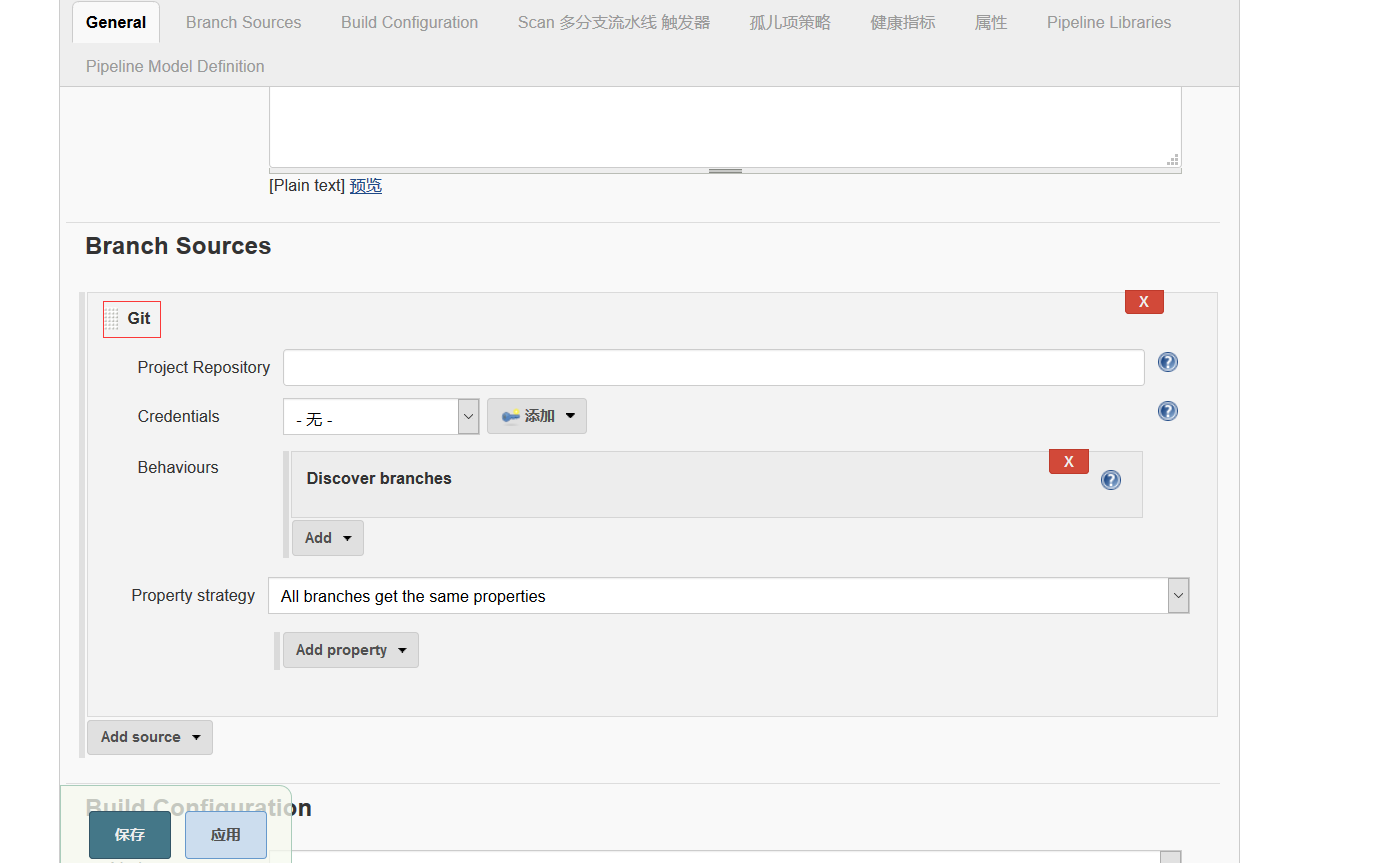 Click on Blue Ocean on the left to enter the visual interface.

The source of continuous integration is to get the latest code. Let's see how we do it in pipeline scripts.

echo is the output of information, prompt pull success, here can be dispensable.

The project is a SpringBook Java project that builds jar packages through maven.

sh is to execute shell commands
Note: TesNG tests are done in the test branch, where executing `mvn clean install'will be tested when packaged. If the test branch does not want to test at this stage, it ignores the test when packaging

Save jar packages as "artifacts"
Suppose we want to save the jar package built by the script branch, then we can

Before proceeding to the next stage, we should first solve an important problem, how to configure environmental variables in the pipeline.

pipeline packages docker and defines a set of grammatical rules for container operation.
For example:

Using the Docker file of the current directory, run docker build to create a mirror and label it.

Use docker run to run an image and return a container at the same time.

Following is the official start of mirror construction

Mirror image consists of mirror name and mirror TAG.
For mirror names, since they are multi-branch pipelines, the combination of base mirror names and branch names is adopted here.
The role of tag is to indicate the version, where build time is used to be accurate to seconds. The build time is saved in the file, which is then read by all stages to get the version. Of course, we can also choose variables such as build number or custom as tags (as follows), but this method is not as unique as the time method. Here you can choose according to the actual business.

After each build, we should automate the current version of the code and evaluate the quality of the current version by smoking and other tests. Guarantee that the quality of the version we want to release is passable. If any test step fails, the subsequent phase will not continue and the application will not be released. This is also an important idea of continuous integration.

The script is simple, stopping or deleting containers by judging whether the docker process exists.
The emphasis is to use script blocks to refer to scripted code in declarative code. Why do we do this?
As I mentioned earlier, this is a fault-tolerant process. Clean up if the environment is not clean, but if the container with no target container name in the environment returns - 1 after execution of `docker_ps = docker PS', `grep ${CONTAINER_NAME} ${BRANCH_NAME}, unlike shell scripts, pipeline specifies that when the return result is not expressed as When the work is done, the pipeline will terminate. In order to keep the pipeline going, try catch is used for exception handling.
Without scripting syntax, declarative pipelines can add'set +e'at the beginning of the sh step, and will not stop after an error occurs. The main purpose of this article is to demonstrate how to refer to scripted code in declarative code.

Pipeline can not only be serial but also parallel. In the test phase, we can do parallel operations.

Publish html reports.
After the execution of testNG, report.html is generated in the project test-output directory and published. Install the HTML Publisher plugin plugin.

The function of the post block is to execute at the end of all steps, which can act on the entire pipeline or a stage. always means that both success and failure are performed.

Look at the same in-process

After the code test is completed, the mirror can be pushed to the remote warehouse.
The warehouse is my own harbor.

The authentication method in pipeline is withCredentials(), which requires that credentials be stored in the jenkins configuration beforehand. 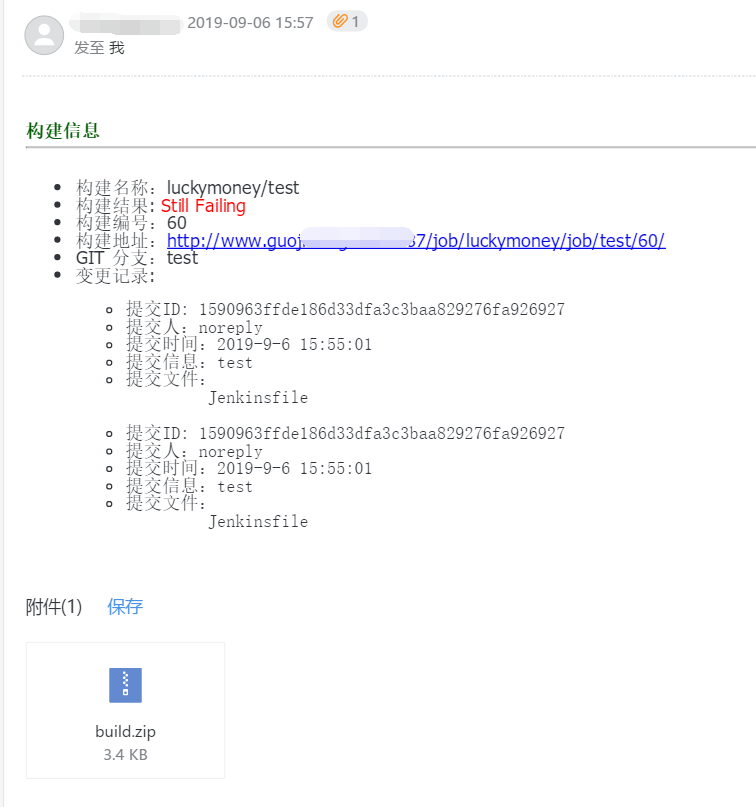 Through this Jenkins Pipeline practice, compared with the traditional free style projects, I feel the strength and convenience of pipeline engineering, and also deepened my understanding of CI/CD.
This time from code pull-out to packaging, testing and deployment, using maven, docker, testNG and harbor tools, basically covering the general business deployment process. For the study of a new technology or tool, I think it is not necessary to master a tool or technology completely, and it is generally difficult to master them all. What is used is useful. Even so, this practice covers more than 80% of pipeline grammar.
pipeline is powerful, easy to use, and it is constantly improving, over time, it will play a greater role in the field of CI/CD in the future.