Scale invariant feature transform (SIFT) is a computer vision algorithm used to detect and describe the local features in the image. It looks for the extreme points in the spatial scale, and extracts the position, scale and rotation invariants. This algorithm was published by David Lowe in 1999 and summarized in 2004.

The description and detection of local image features can help to identify objects. SIFT features are based on some local appearance interest points on the object, and have nothing to do with the size and rotation of the image. The tolerance of light, noise and some changes of micro viewing angle is also quite high. Based on these characteristics, they are highly significant and relatively easy to retrieve. In the feature database with a large number of parent numbers, it is easy to identify objects and there is little misidentification. Using SIFT features to describe the detection rate of some objects is also very high, and even more than three sift object features are enough to calculate the location and orientation. In today's computer hardware speed and small feature database conditions, identification speed can be close to real-time operation. SIFT features have a large amount of information and are suitable for fast and accurate matching in massive databases.

The essence of SIFT algorithm is to find key points (feature points) in different scale space and calculate the direction of key points. The key points found by SIFT are those that are very prominent and will not change due to lighting, affine transformation, noise and other factors, such as corner points, edge points, bright spots in dark areas and dark spots in bright areas.

The performance of image registration / target recognition and tracking is affected by the state of the target itself, the environment of the scene and the imaging characteristics of the imaging equipment. To some extent, SIFT algorithm can solve:

1. Extreme value detection in scale space
For two-dimensional image, we build a DOG (difference of Gaussian) pyramid. The meaning of the DOG scale space is: it can be expressed by the Gauss function of a scale space and the convolution of the image.

G is a Gaussian function with variable scale, * * * I * * * is the spatial coordinate, and Sigama is the scale.
In order to determine the location of the feature points, we need to build a Gaussian pyramid.
After getting the Gauss pyramid, we can get the Gauss difference DOC pyramid through two adjacent Gauss scale spaces. The formula of the whole process is as follows:

·For A feature point in the target image A, the Euclidean distance between that point and all feature points in the image B is obtained;
·The order of the obtained Euclidean distance value is given;
·Find out the feature points in the target graph B of the smallest and the next smallest (the second smallest) Euclidean distance value pair, and calculate the ratio of the two distances;
·If the ratio is less than a certain threshold, the two points are matching points, otherwise they will not match.
(Note: this threshold is an empirical threshold: it is the main reason for the influence of mismatch, and the threshold size generally selected in the experiment is about 0.6.)

See the implementation process of SIFT algorithm for details This article

SIFT has unparalleled advantages in image invariant feature extraction, but it is not perfect, and still exists: 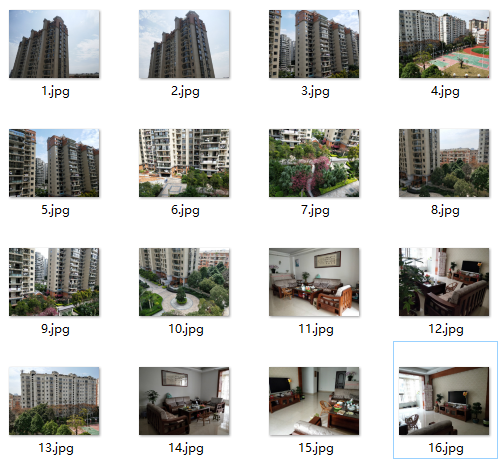 From the above results, we can see that the two algorithms choose different coordinates. It can be seen from the figure that, compared with Harris corner detection, sift extracts more feature point information and is more accurate. This is because the feature point extraction step of sift is more complex than that of Harris. It needs to establish a Gaussian image pyramid and a Gaussian difference pyramid before detecting the extreme value, while Harris corner only detects and changes the corner point of the original image.

It should be noted that the size and size of the two matched drawings should be the same, or the compilation will make errors. 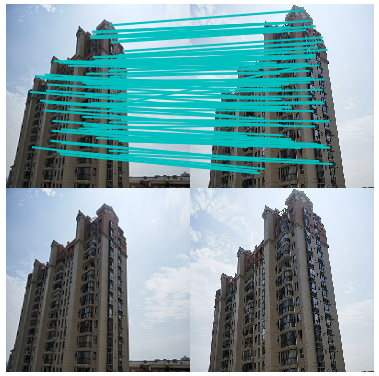 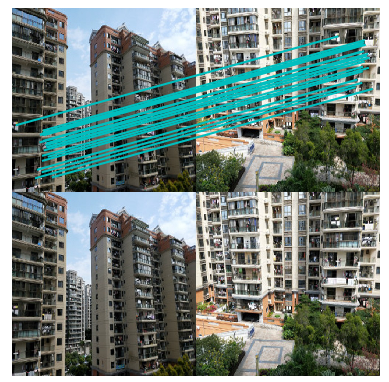 When the match is unsuccessful: 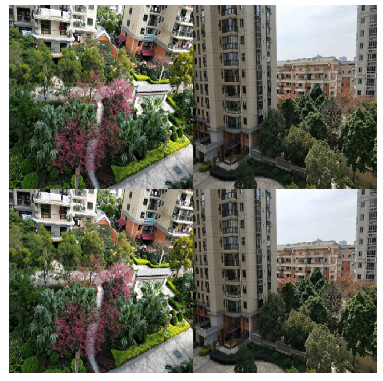 There are many feature points matched by SIFT algorithm. This is because SIFT algorithm has scale and rotation invariance. Even if the two images are different in size and angle, the matching results will not be affected. When matching, the Euclidean distance of key feature vector is used as the similarity measure of key points in two images. Take a key point in image 1, and find out the first two keys that are closest to the Euclidean distance in image 2. In these two keys, if the nearest distance divided by the next nearest distance is less than a certain scale threshold, then accept this pair of matching points. The two different scenes can not detect similarities, which shows the accuracy of sift.

It can be seen from the figure that input a figure, sift finds out several figures with the highest matching degree in the data set according to the local descriptors. The pictures are taken in different scenes and places, but since each building has the same style and overall environment, the SIFT algorithm still accurately matches the results. It shows that the SIFT feature description has a high detection rate for some objects, and can calculate the position and orientation quickly and accurately. Moreover, the key points found by SIFT will not change due to illumination, affine transformation, noise and other factors, such as corner points, edge points, bright spots in dark areas and dark spots in bright areas, which well reflects its uniqueness and multiplicity.