Comparison between Lock interface and synchronized

The synchronized code is concise. Lock: obtaining the lock can be interrupted. Obtain the lock after timeout. Try to obtain the lock. Read more and write less and use the read-write lock

If, in terms of time, the request to obtain the lock first must be satisfied first, the lock is fair. If it is not satisfied, it is unfair

Read write lock: multiple read threads are allowed to access at the same time, but when the write thread accesses, all reads and writes are blocked, which is most suitable for the situation of more reads and less writes

Wait / notify with Lock and Condition

The method starting with park is responsible for blocking threads

unpark(Thread thread): it is responsible for waking up the thread

Is this synchronizer in exclusive mode

getState: get the current synchronization state

Threads that fail to compete will be packaged into nodes and placed in the synchronization queue,

CANCELLED: the thread has timed out or been interrupted and needs to be removed from the queue

CONDITION: the current node is in the waiting queue

PROPAGATE: shared, indicating that the state should be propagated to the following nodes

Addition and removal of nodes in synchronization queue

The node joins the synchronization queue

Acquisition and release of exclusive lock? 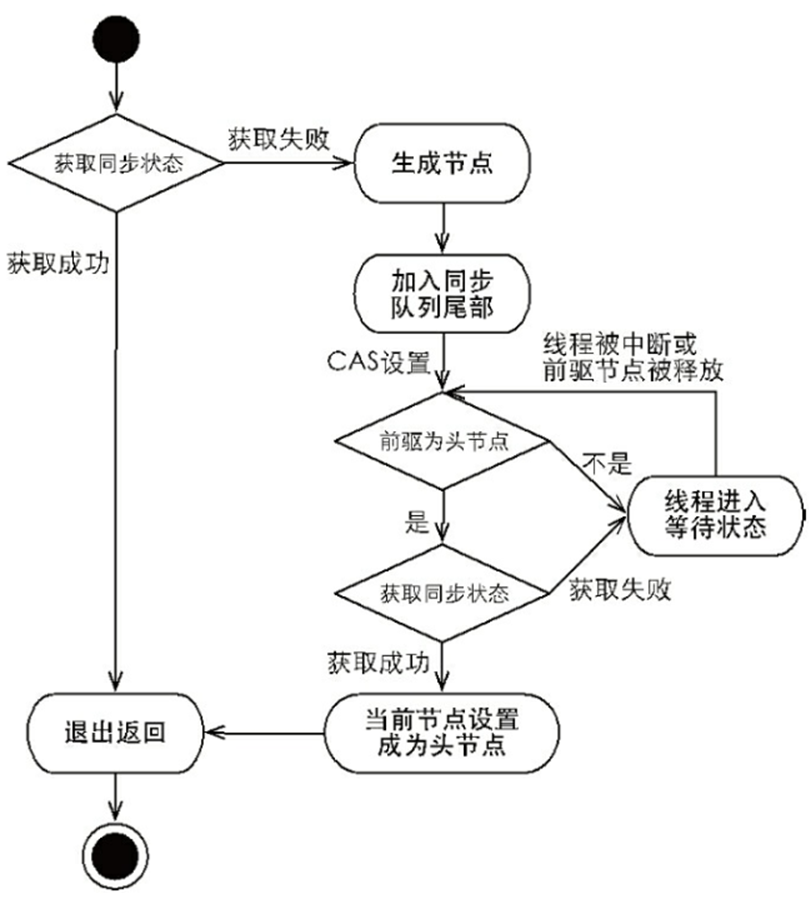