Create a new pose for the instance, using factory mode instead of the constructor

Content: it is up to a factory object to decide which product class instance to create.

Feature: a factory object only produces one corresponding instance.

Advantage: very simple to use

Disadvantages: it is difficult to expand and does not conform to the principle of opening and closing

For example, the following example: Nuwa produces all kinds of human beings through the Bagua stove, which is considered to be realized in a simple factory mode. The class diagram is as follows: 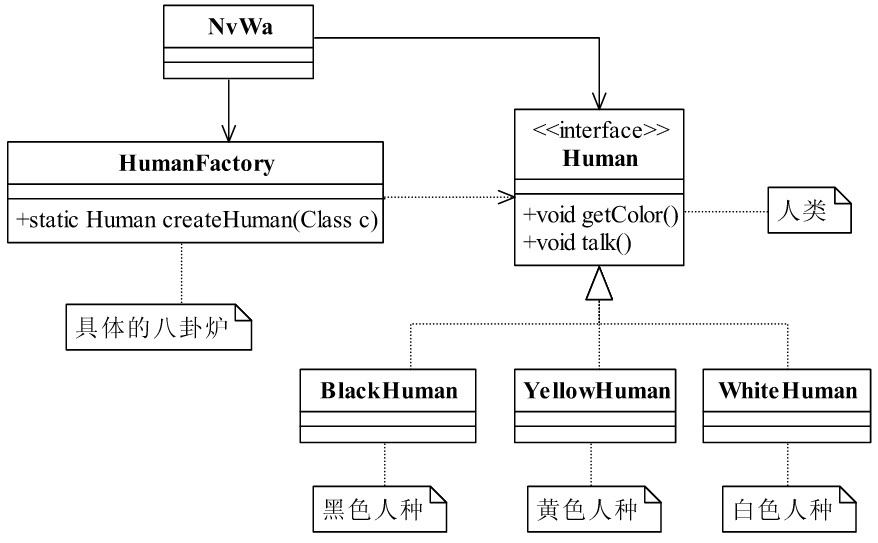 The method to generate a product object is very simple. You can directly call the corresponding method in a simple factory.

The factory method mode makes up for the deficiency of the simple factory mode, which conforms to the principle of opening and closing.

Content: create the factory interface of the product object, and postpone the actual creation to the subclass.

Features: delay the class instantiation (creation of specific products) to the subclass (concrete factory) of the factory class, that is, the subclass decides which class should be instantiated (created).

In the above example, consider using the factory method pattern. The class diagram is as follows: 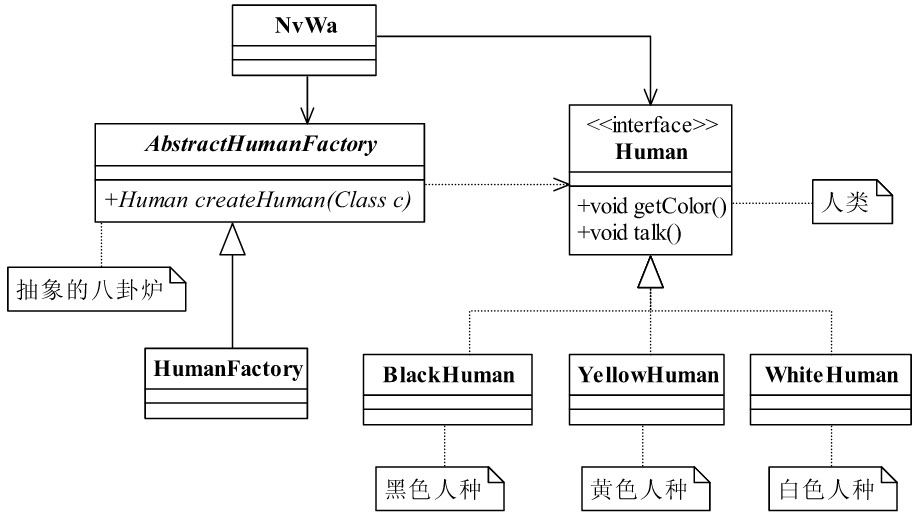 When you need to produce a product object, you only need to create the corresponding factory first, and then reproduce the product through the factory.

Content: create the factory interface of the product object without specifying the specific class of the created product.

Feature: there is no need to specify the specific implementation class of the created product.

High level modules do not need to care about the specific implementation classes of each product, only need to know who the factory class is, and can create a required object.

Constraints within a specific product family are implemented in the factory.

The expansion is very difficult and does not conform to the opening and closing principle.

As in the previous example, this time I will extend it a little, add a gender attribute, and consider using the abstract factory pattern. The class diagram is as follows: 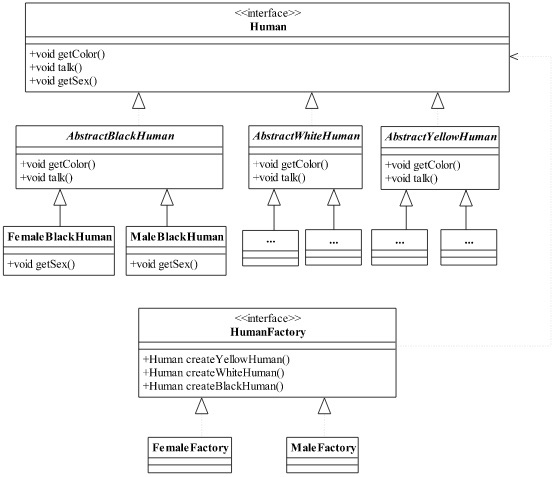