Mathematically, wavelet has the advantage of orthogonalization and is widely used.
However, this article only discusses how to use matlab to implement time-frequency analysis of cwt

The meaning of wavelet is that it decays fast in time and is shorter than Fourier's sinusoidal wave.
A typical morlet wavelet is shown below:

matlab has many own wavelet functions, which can be viewed by wavemngr('read', 1) and related information by waveinfo.

In wavelet, the frequency f of a wavelet is generally measured by a scale scale, and the conversion relationship between the two is:
scale∗f=Fs∗wcf scale * f=Fs * wcf scale∗f=Fs∗wcf
In the formula, Fs represents the sampling frequency of the signal, wcf is the center frequency of the wavelet transform (wave central freq), which can be queried by centfrq(wavename) in matlab.

Since the names are the same, in use, you can only distinguish between input and output formats if you want to call different versions.

The old version of cwt was used as:

The new version of cwt uses:

The new version of the wavelet function uses the following:

The old version of the wavelet function uses the following:
cmor wavelet and frequency scaling are used here.

For the selection of cmor wavelet Fc and Fb, it can be assumed that the final result only depends on the product size of Fc*Fb.In practical application, the specific value needs to be selected according to the final effect. 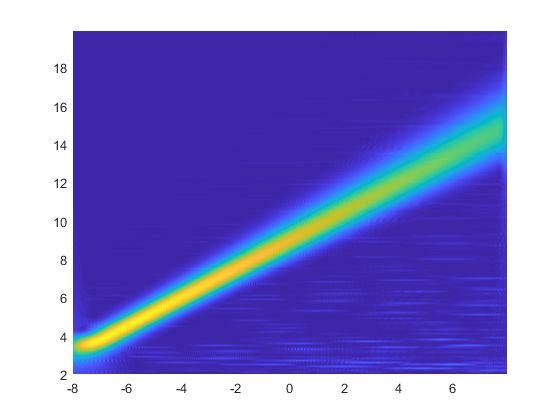 In fact, the principle of cwt is very simple, that is, to deconvolute each window with different scales of wavelets and get the matrix of wavelet coefficients.So according to the principle, the wavelet transform can be programmed by itself.

The cwt functions you have programmed are as follows, where the main algorithms are referenced in the official matlab documentation.Here I still use the cmor wavelet as an example. The morlet function formula can be queried or called with the cmorwavf() function:

The output is as follows, and you can see that the result is basically the same as that obtained by the function that comes with matlab. 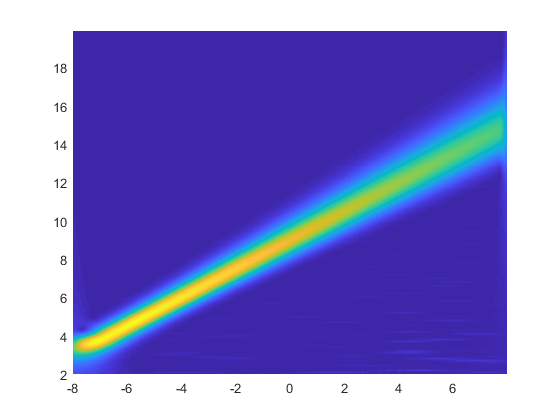 With its own cwt function, the influence cone can be easily drawn. 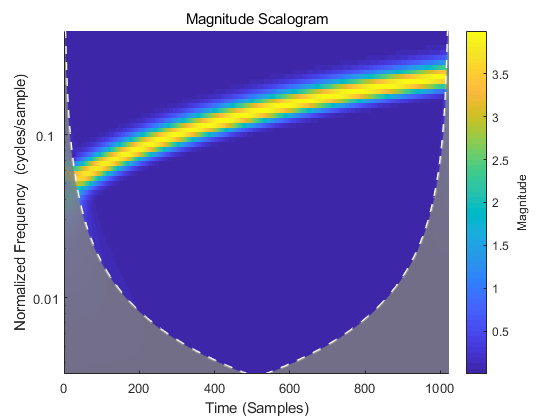 Because the wavelet coefficients are convoluted by window functions and wavelets in the wavelet computation, when the window is on the edge of the signal, there will be some no signal in the window.At this point, matlab zeroes this incomplete part of the window, making it long enough. 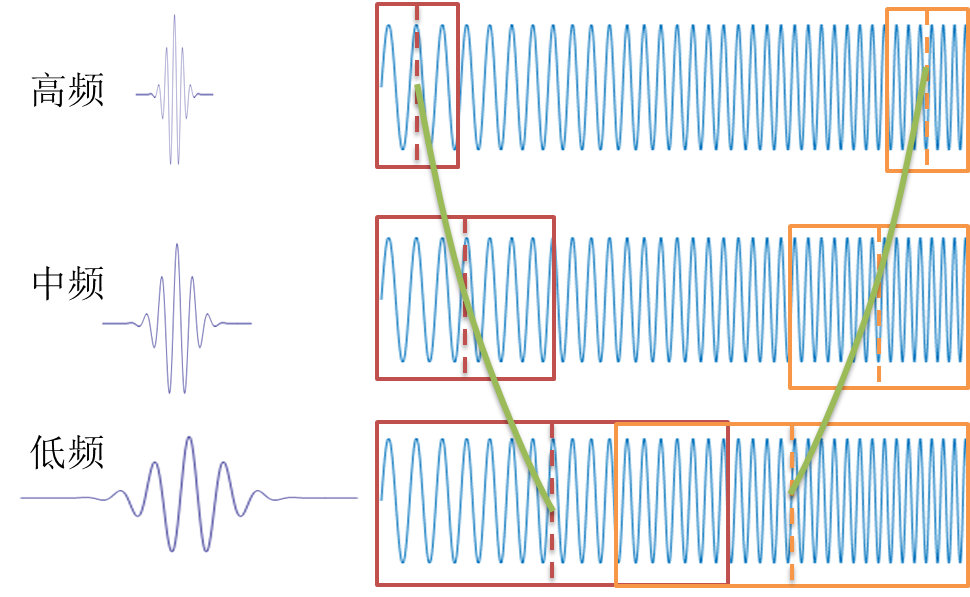 The code is as follows, still taking the cmor wavelet as an example, in order to reflect the phase effect, real() is used here: 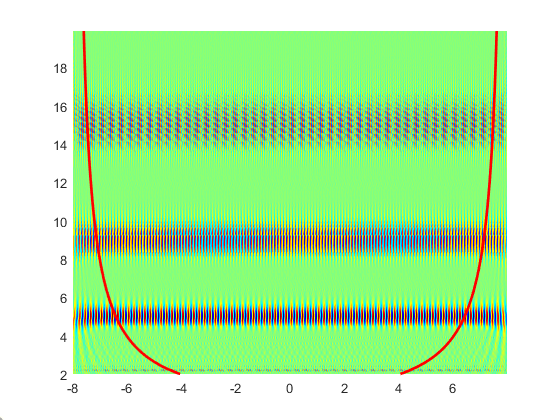 If the default wavelet of the new version of matlab is used, the icwt of the wavelet coefficients after cwt can be used directly.

For morlet wavelets, the reconstruction can be achieved by direct sum(real(coefs),1).However, it is best to use the default scale here, otherwise duplicate overlays will cause problems with the amplitude.

wsst can significantly improve the frequency resolution of cwt.The specific usage is as follows:

The comparison with normal cwt is as follows:

If you want to improve the accuracy of wsst, you can select wsst in matlab, then Ctrl+D enters the code interface of wsst, and force the na parameter inside to be larger.

This is done by adding a na=512 after the code below (not necessarily 512 here, but by zooming in appropriately based on the actual value of na, in my example here, na=288).Backup is recommended if you are afraid of errors.

The advantage of this is that the decomposition accuracy is significantly improved without affecting the results of iwsst.