There are 62 signals in total (32,33 do not exist). This paper only discusses the processing of the first 32 signals

Let's look at such an example

The blocking state table of the signal is the block table in the process. We can create a table of the same type, and then assign the table we created to the table in the process through the system call function, and then we can control the blocking state of the process signal.
The type of block is "sigset_t"
This type is not a built-in type and cannot be operated directly, so it should be operated through functions.

The above functions only modify the table created by ourselves, and do not make any changes to the actual block table in the process!

Second parameter:
We have set up a new table

Third parameter:
Output type parameter, which can bring out the original table in the process, and set it to NULL if you don't care;

Parameter: output type parameter to obtain the appending table of the current process.

Here is an example

The process blocks signal 2 (ctrl + c is the signal 2 sent to the process), so the process sending signal 2 will not exit during the execution of the process. We show the signals received by the current process by printing the appending table in a loop.

First parameter: the signal to customize the processing method
The second parameter: function pointer, which executes the function when the signal is received. 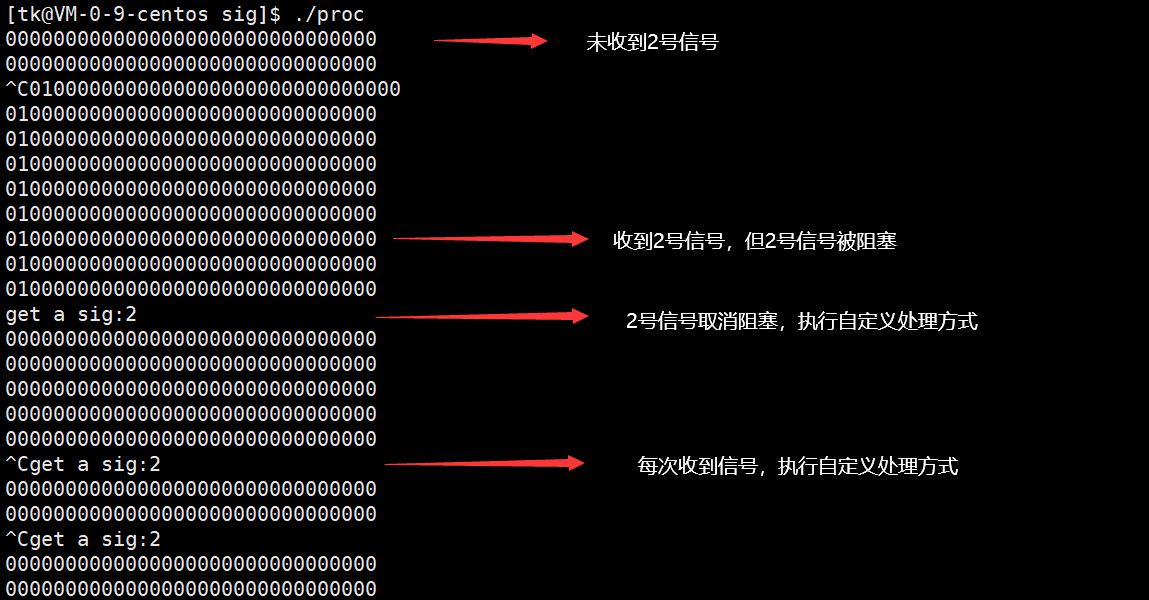