Hello, I'm tangyuan. Today I bring you the default method in Java 8. I hope it can help you. Thank you

The article is purely original, and personal summary will inevitably make mistakes. If so, please reply in the comment area or send a private message backstage. Thank you

Before Java, the interfaces we came into contact with only defined methods and did not implement methods

(look at the following people, do they look like interfaces) 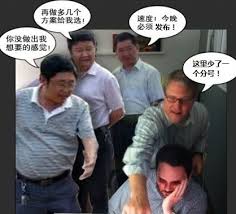 But it's different in Java 8, because the default method is added to the interface

In this way, some work can be done by the interface itself instead of the implementation class (Java, you are buying people's hearts)

What is the default method

The default method is the method decorated with default in the interface, which contains the method content

Why provide a default method?

For backward compatibility (which is one of the reasons why Java becomes bloated).

This is still a lot of work, and it is easy to make mistakes.

So Java 8 started to introduce the function of interface default method, which makes the interface upgrade more smooth

For example, the following code: InterfaceDemo is the interface above

We can see that UserDemo does not implement the new method newFun(), but it can also be compiled and run and directly call newFun()

This is the advantage of the default method: it is a painless upgrade for the implementation class

If not, the system has two options when upgrading the interface class

The default method of interface is mainly for class library designers

There are not as many differences as before, but there are still some:

Can it be said that Java now also implements multiple inheritance?

You can say so.

But now a new problem is the ambiguity caused by multiple inheritance, which is a bit similar to the deadly square (also known as the diamond problem) introduced before

As shown in the UML diagram below 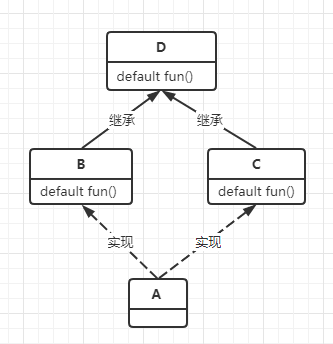 For example, you can't know which interface fun method A will call

Therefore, the compiler will report an error: