Derivation and relationship between SVD and PCA, code implementation

Where Q is the matrix composed of the eigenvectors of matrix A, Σ is a diagonal matrix, and every element on the diagonal is a eigenvalue. I've quoted some references here to illustrate. First of all, it should be clear that a matrix is actually a linear transformation, because the vector obtained by multiplying a matrix by a vector is actually equivalent to a linear transformation of this vector. For example, the following matrix:

In fact, the corresponding linear transformation is in the following form:

Because the result of multiplying matrix M by a vector (x,y) is:

SVD also decomposes the matrix, but unlike eigendecomposition, SVD does not require the matrix to be decomposed to be a square matrix. Suppose that our matrix A is a m × n matrix, then we define the SVD of matrix A as:
A=UΣVT
Where u is a matrix of M × m, Σ is a matrix of M × n, all of them are 0 except the elements on the main diagonal, each element on the main diagonal is called singular value, and V is a matrix of n × n. U and V are unitary matrices, that is to say, UTU=I,VTV=I. The following figure shows the definition of SVD: 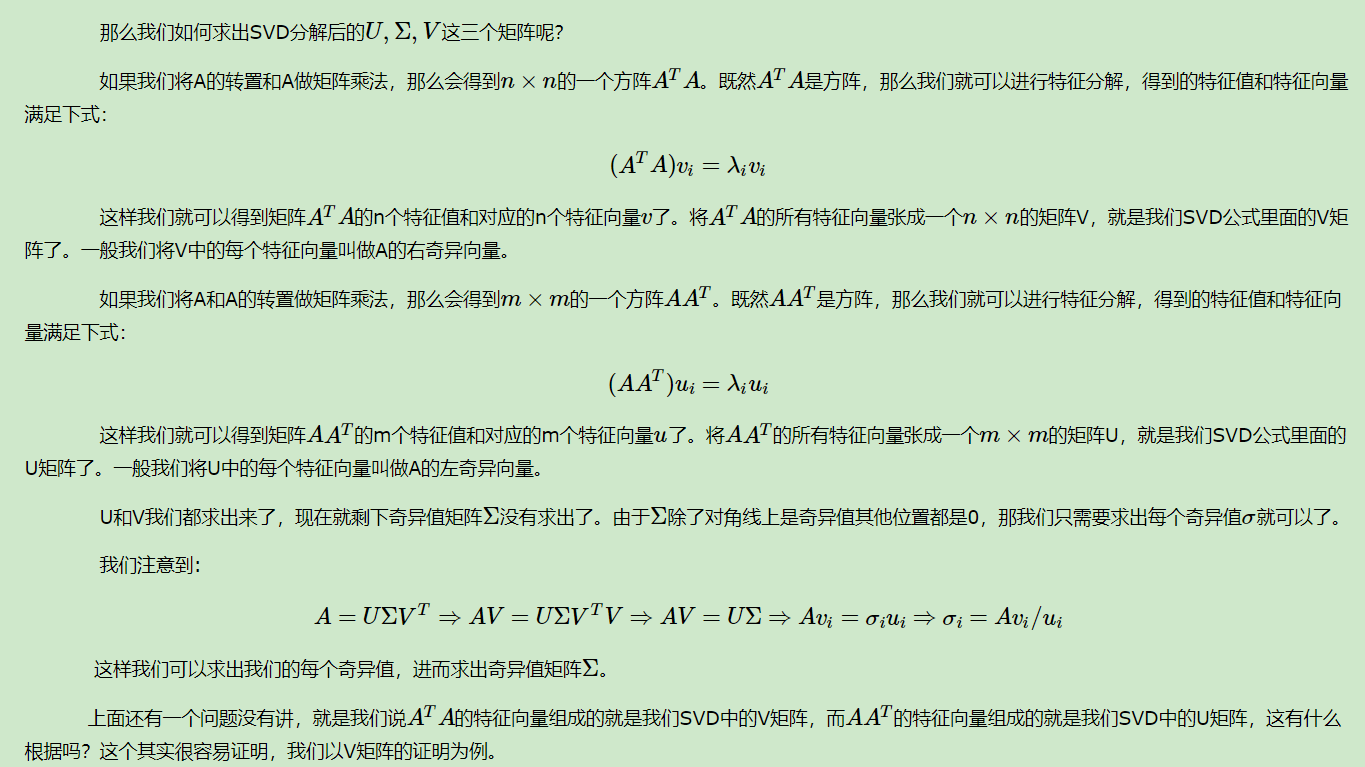 The most important calculation steps for SVD are as follows: