2. Design pattern is generally used to solve the problem of different appearance of the same problem

3. Software model is the bridge between software development engineers and software analysis designers

Intention: define an interface for creating objects, and let its subclasses decide which factory class to instantiate. The factory pattern delays the creation process to the subclasses.

Disadvantages: it violates the opening and closing principle. If a new class is generated, the source code needs to be modified

Modification method: change the switch statement of the original factory mode to class reflection to create a class

Intent: provide an interface to create a series of related or interdependent objects without specifying their specific classes. A factory can create classes of multiple categories. 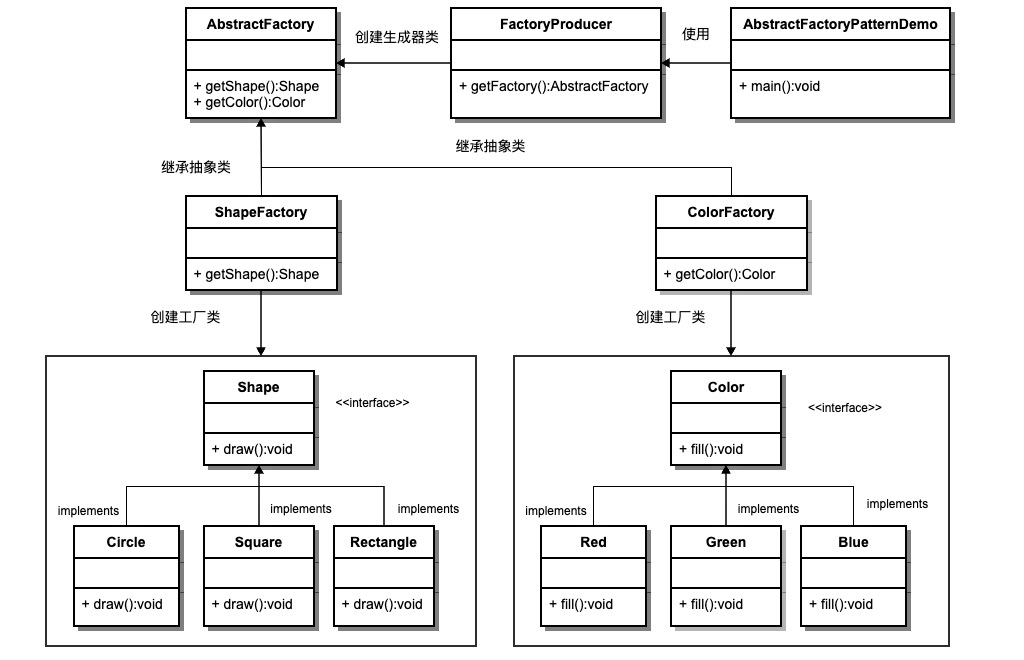 Intent: ensure that a class has only one instance and provide a global access point to access it.

Disadvantage: cannot be inherited because the constructor is private 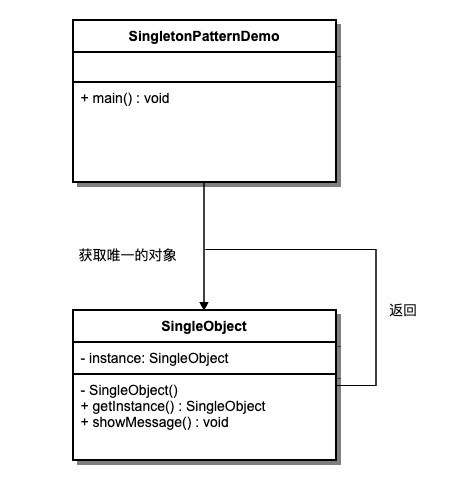 Disadvantages: class is created upon loading, which wastes resources

Description: the most basic and basic singleton mode is created and initialized only when called

Description: Based on the traditional lazy mode, use synchronized to lock

Disadvantages: low efficiency, no need to lock in most cases

Description: this method adopts double lock mechanism, which is safe and can maintain high performance in the case of multithreading.

Advantages: instead of locking the method, the double locking mechanism is used internally to judge whether a single instance is created, which greatly improves the performance of a single instance

Description: avoid coupling the sender and receiver of the request, make it possible for multiple objects to receive the request, connect these objects into a chain, and pass the request along the chain until an object processes it. 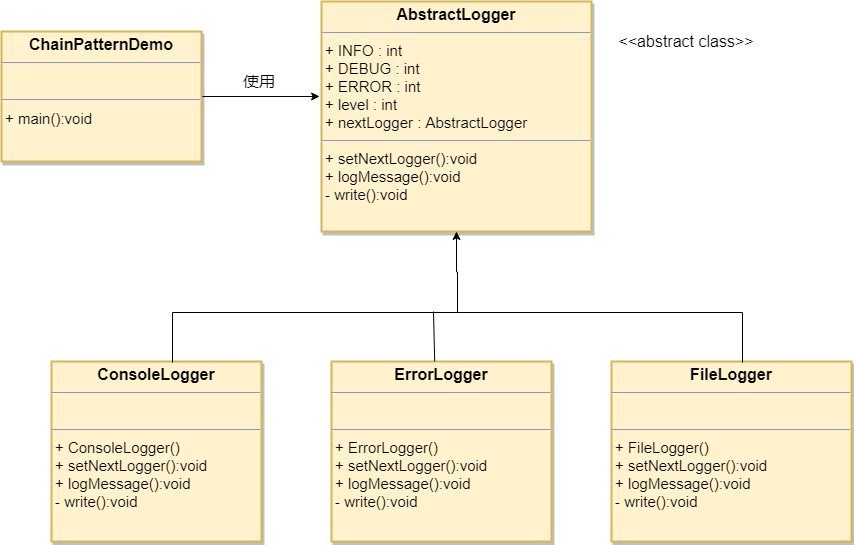 Description: a series of object interactions are encapsulated with a mediation object by using the Demeter's law. The mediator makes the objects do not need to explicitly refer to each other, so that their coupling is loose, and the interaction between them can be changed independently.

Example: all users do not communicate directly, but send what they want to say to the chat room for information transmission

Description: define a series of algorithms, encapsulate them one by one, and make them replaceable 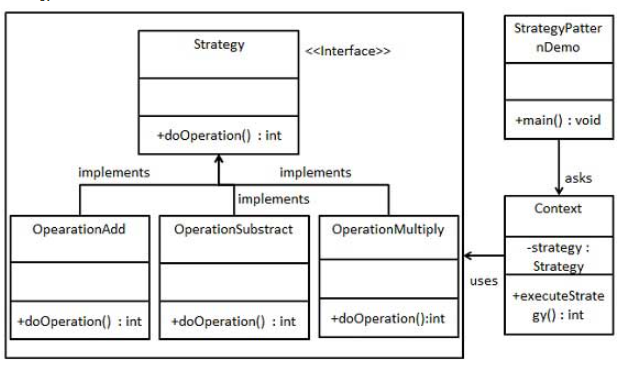 Description: two unrelated classes are adapted and transformed, and the information of class A is transformed into the pattern of class B

① Excessive use of adapter classes can cause code to become very messy.

② Because java inheritance can only be one, an adapter can only implement one adapter class. 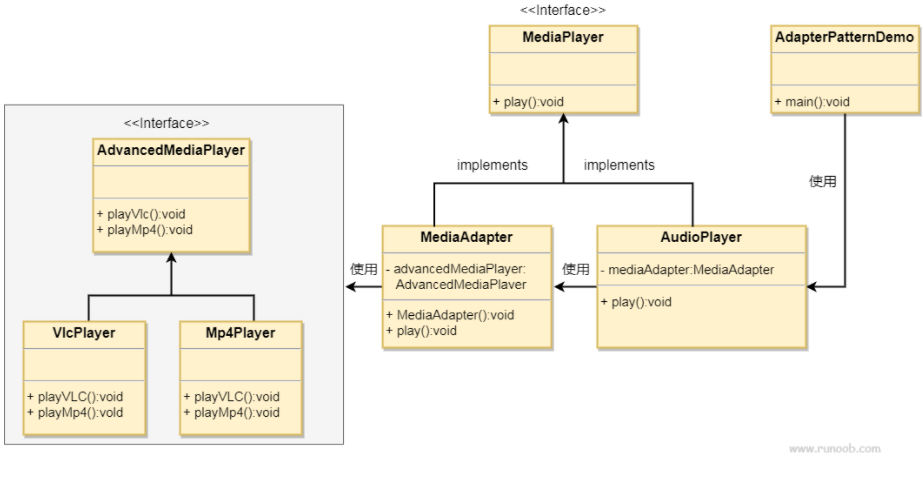 Description: allows the client to access an interface of the system side and provides a consistent interface for a group of interfaces in the subsystem. The appearance mode defines a high-level interface, which makes the subsystem easier to use.

Disadvantages: it does not comply with the opening and closing principle. If it is troublesome to change things, inheritance and rewriting are inappropriate. 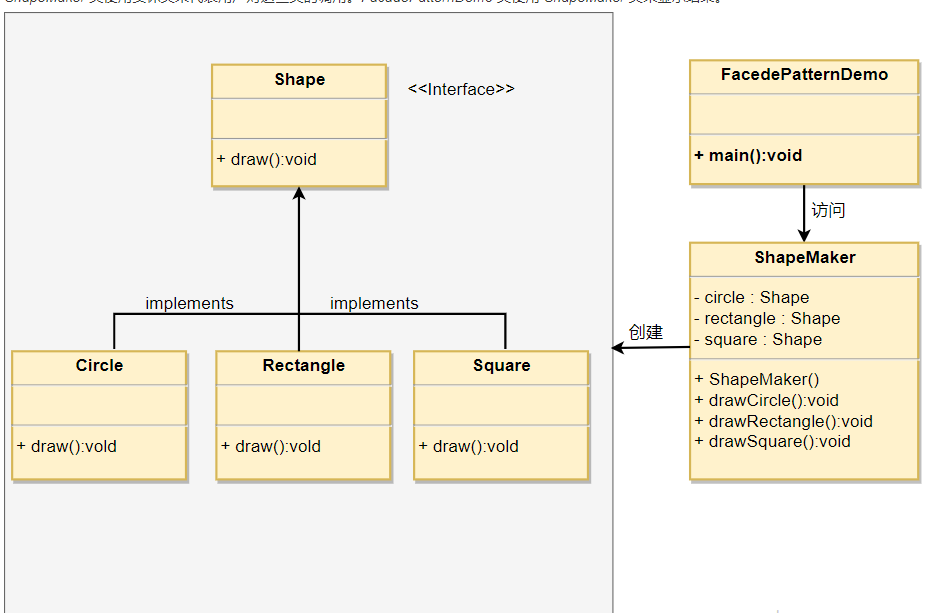 Description: separate the abstract part from the implementation part so that they can change independently. Put an interface instance in an abstract class. 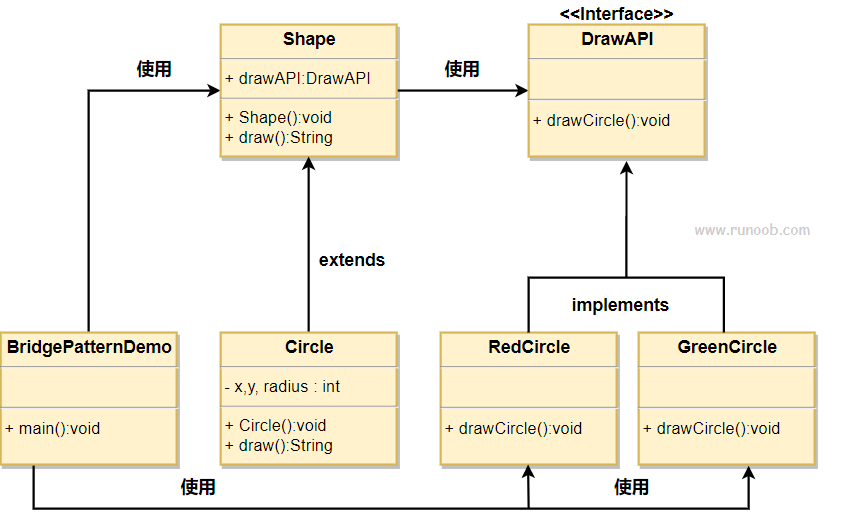 Disadvantages: products must have something in common and the scope is limited. If the internal changes are complex, there will be many construction classes 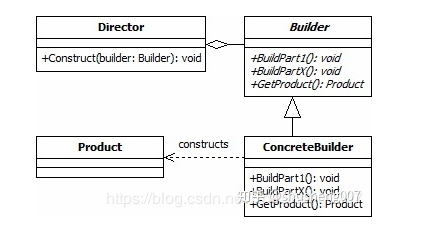 Intent: encapsulate a request into an object so that you can parameterize the customer with different requests.

Advantages: it conforms to the opening and closing principle, and can be withdrawn and returned without modifying the original class itself

Disadvantages: using command mode may cause some systems to have too many specific command classes 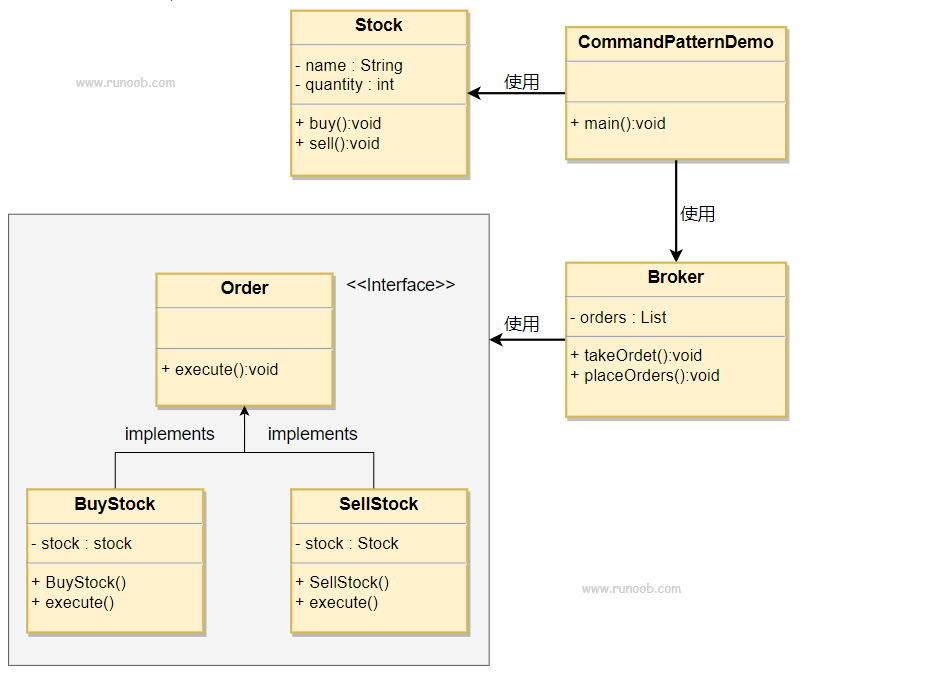 Advantages: 1. It supports traversing an aggregate object in different ways. 2. Iterators simplify aggregate classes. 3. There can be multiple traversals on the same aggregate. 4. In iterator mode, it is convenient to add new aggregate classes and iterator classes without modifying the original code.

Disadvantages: because the iterator mode separates the responsibilities of storing data and traversing data, adding new aggregate classes requires adding new iterator classes correspondingly, and the number of classes increases in pairs, which increases the complexity of the system to a certain extent.

Intent: allows an object to change its behavior when its internal state changes, and the object looks as if it has modified its class.

Advantages: 1. It encapsulates the conversion rules. 2. Enumerate possible states. Before enumerating States, you need to determine the state type. 3. Put all the behaviors related to a state into one class, and you can easily add new states. You can change the behavior of the object only by changing the state of the object. 4. Allow state transition logic to be integrated with state objects rather than a huge conditional statement block. 5. Multiple environment objects can share a state object, thus reducing the number of objects in the system.

1. The use of state mode will inevitably increase the number of system classes and objects. 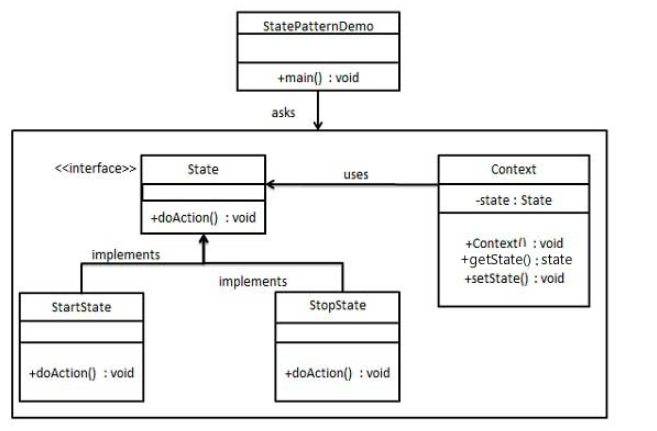 Intent: combine objects into a tree structure to represent a "part whole" hierarchy. The combination mode makes the user's use of single objects and combined objects consistent.

2. Nodes can be added freely

It does not conform to the dependency inversion principle. All are expressed in the form of classes 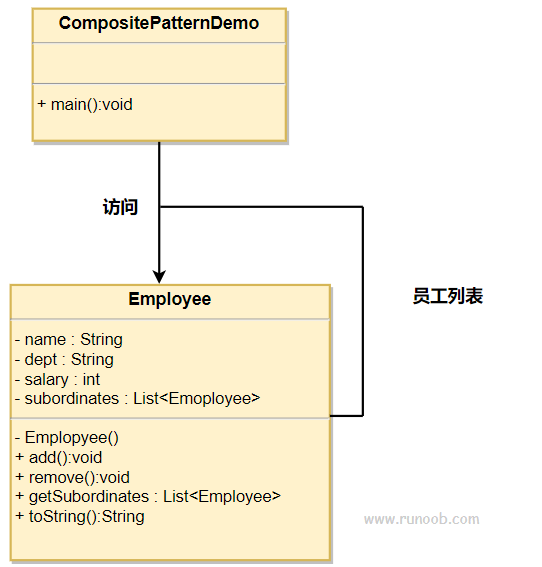 Description: defines the skeleton of an algorithm in an operation, and delays some steps to subclasses. Template method allows subclasses to redefine some specific steps of an algorithm without changing the structure of the algorithm. (there's nothing to say about inheritance)