Role is a new feature introduced by ansible since version 1.2. It is used to organize playbooks hierarchically and structurally. Roles can automatically load variable files, tasks and handlers according to the hierarchical structure. To use roles, you only need to use the include instruction in the playbook. In short, roles is a mechanism that can easily include variables, files, tasks, templates and processors by placing them in separate directories. Roles are generally used in scenarios of building services based on hosts, but they can also be used in scenarios such as building daemons

Roles: a collection of multiple roles. Multiple roles can be placed in separate subdirectories under the roles directory
roles/
mysql/
httpd/
nginx/
redis/

The roles directory structure is as follows 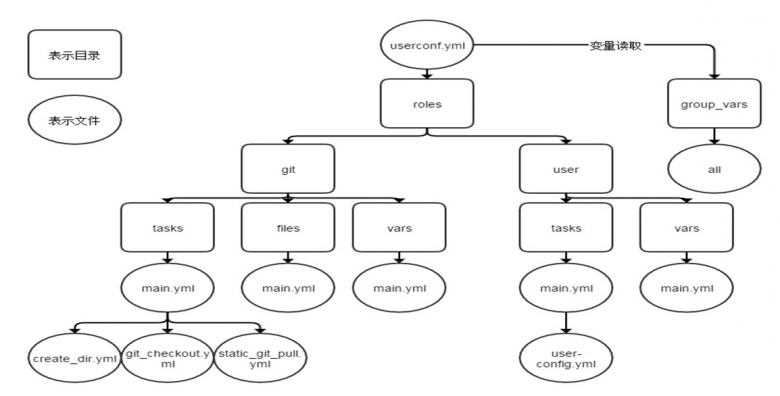 Each role is organized in a specific hierarchical directory structure

Roles role of each directory
roles/project /: project name, with the following subdirectories

The key role is used to specify the role name, and the subsequent k/v is used to pass variables to the role

Role calls can also be implemented based on conditional tests