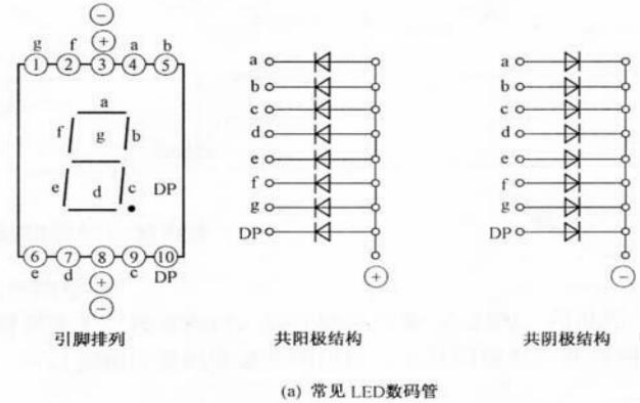 As you can see from the picture, the pins of a single digital tube are 10. It takes 7 segments to display an 8-word word, and there is another decimal point. So there are 8 small light-emitting diodes inside. Finally, there is a public end. Most manufacturers encapsulate 10 pins in order to package uniformly. The pins 3 and 8 are connected together.
The common end can be divided into common anode and common cathode, with the internal principle of common anode in the middle and the internal principle of common cathode in the right.
For a common cathode digital tube, the cathodes of its eight light-emitting diodes are all connected together inside the tube, so they are called "common cathode". Their anodes are independent and usually the cathode is grounded in the design of the circuit. When we add a high level to either of the anodes of the tube, the corresponding light-emitting diode lights up. If you want to show an 8 word and light the decimal point in the lower right corner, you can send a high level to all the eight anodes. If you want to show a 0 word, we can send a high level to all pins except for the low level to the g, dp, so that it will show a 0 word.
If you use Gongyin Digital Tube, you need to pay attention to increasing the driving current of the IO port of the single chip computer, because Gongyin Digital Tube is illuminated by the output current of the IO port of the single chip computer, but it is difficult for the I/O port of the single chip computer to output a stable and so large current, so when connecting the digital tube to the single chip, you need to add the driving circuit, you can use the pull-up resistance method or use a special digital tube to drive the chip. For example, 74HC573, 74HC245, etc. have a large output current and simple circuit interface.
All the anodes of the eight light-emitting diodes inside the common-anode digital tube are connected together. When the circuit is connected, the common end connects with the high level, so we need to send the low level to the cathode to light which light-emitting tube diode. This shows that the coding of the number is opposite to the coding of the common-cathode. When the light-emitting diode inside the digital tube is lit, it also needs more than 5mA of current. And the current should not be too large, otherwise the light-emitting diode will be burned out. Therefore, not only should the current of the digital tube be prevented from being too large, but also the current flowing through the digital tube should not be too large when it is concentrated in the single chip computer, otherwise the main chip will be damaged.
In general, common-anode digital tubes are more common, because the non-public end of the digital tube is often connected to the I/O of the IC chip, and the driving power of the IC chip is often relatively small. If a common-anode digital tube is used, its driving end is not public, which may be limited by the insufficient output current of the IC chip and dim display. Add a pull resistance or a triode to increase the drive capacity. However, the input current range of IC chips is large. So the advantage of using a common-anode digital tube is that the work of driving the tube is handed over to the public end (usually connected to the drive power). Increasing the power of the drive power is naturally much simpler than increasing the drive current at the I/O port of the IC chip. On the other hand, this can also reduce the load on the main chip.

A multi-digit digital tube is a digital tube in which two or more individual digital tubes are placed side by side in one. When many digits are in one, their internal common ends are independent, and the segment lines (a-dp) responsible for displaying what numbers are all connected together. The independent public ends can control which digit tube in one digit is lit. The connected segments can control what digits this digit tube lights up. The common ends are often called bit selection. The segment lines that connect together are called "segment selection". With these two lines, any number can be displayed by any digital tube controlled by a single chip computer and an external drive circuit.

When a multi-digit tube is used in a system, its "bit selection" is independently controlled, and the "segment selection" is connected. We can control which digits are on by the bit selection signal. At the same time, all digits displayed on the bit selected tube are always the same, because their segment selections are connected. The segment selection signals that are fed into all the digital tubes are the same, so they must display the same number. This display method of the digital tubes is called static display.
Dynamic display is achieved by reducing segment selection, separating bit selection, and changing segment selection data by using bit selection to select breaks at different times. For example, when the first digit tube is selected for the first time, data 0 is selected for the segment, and 1 is displayed when the second digit tube is selected for the next bit. In order for 0 to not disappear when displaying 1 (and indeed disappear), the first lighted 0 must be re-illuminated in a time not visible to the human eye. It is important to remember that the human eye normally recognizes movements that change more than 24 MS apart. That is, the difference in time between the next light of 0 must not be greater than 24ms. At this point, you will find that the digital tube lights up one bit to the right or left, forming a dynamic effect. A longer interval will show this directly. 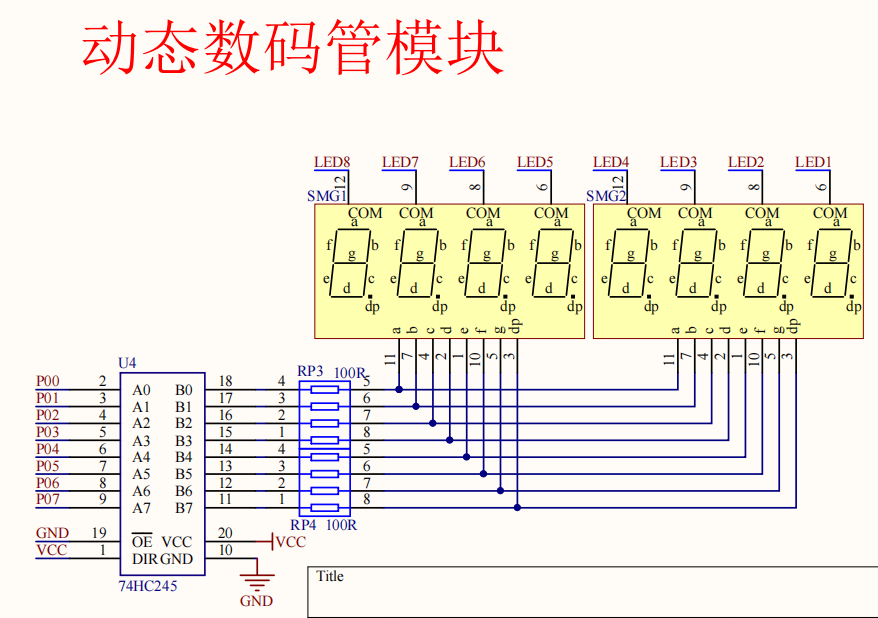 74HC245 is a three-state output, eight-way signal transceiver that is mainly used in large-screen display and other consumer electronics products to increase driving power. 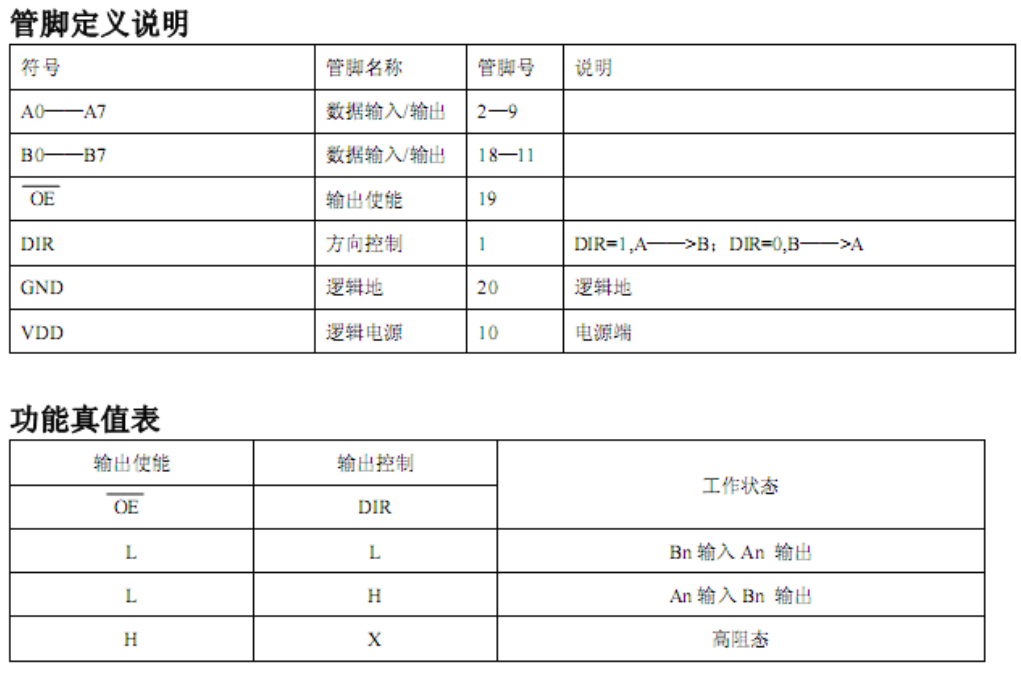 74HC138D is a three-channel input and eight-channel output decoder, which is mainly used in consumer electronics products. 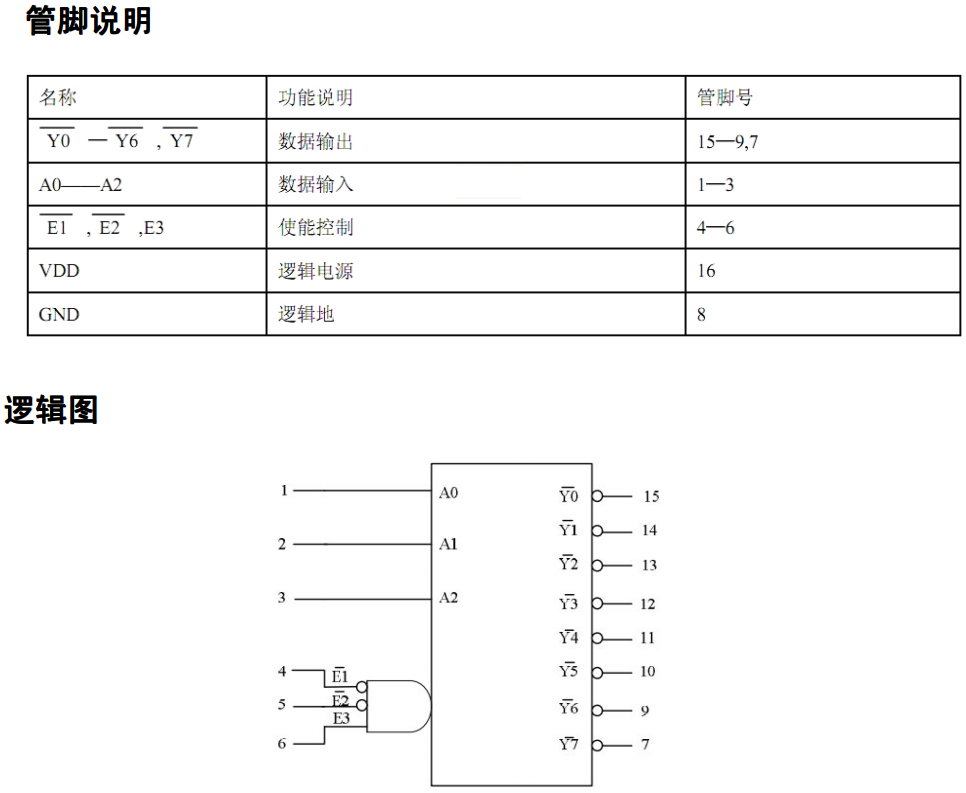 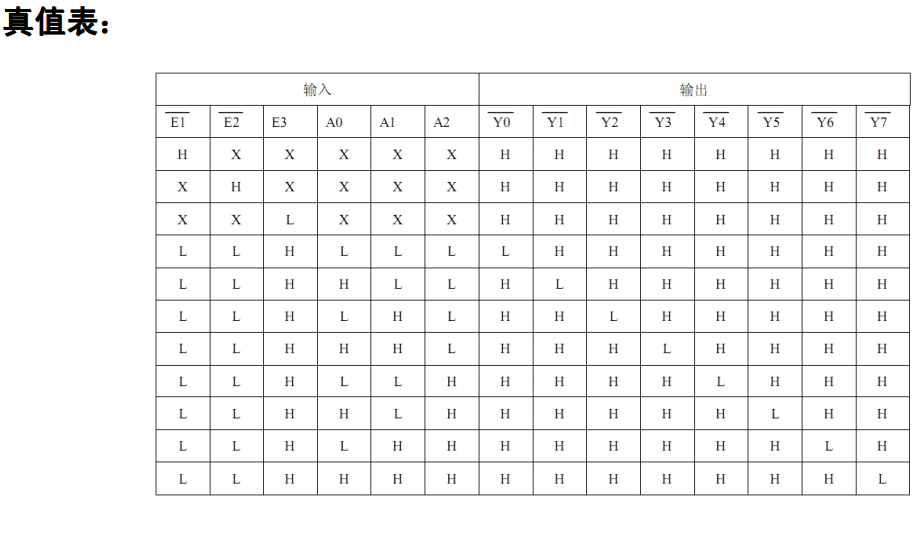