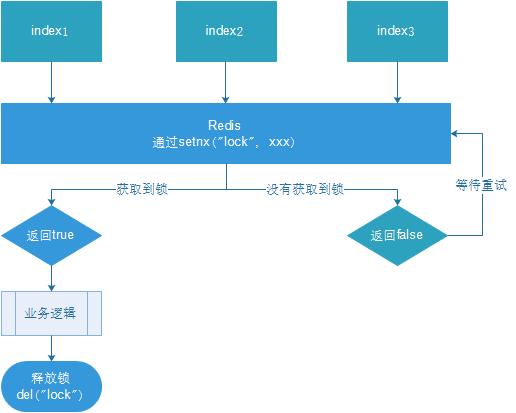 Problems in the redis cluster state:

In a distributed environment of Redis, we assume that there are N Redis masters.These nodes are completely independent of each other, and there is no master-slave replication or other cluster coordination mechanism.We ensure that locks are acquired and released on N instances in the same way as on Redis single instances.Now let's assume there are five Redis master nodes and we need to run these Redis instances on five servers at the same time so that they don't all go down at the same time.

In order to get the lock, the client should do the following:

Gets the current Unix time in milliseconds.

Trying to acquire locks from five instances in turn, using the same key and unique value (such as UUID).When requesting a lock from Redis, the client should set a network connection and response timeout that is less than the lock's expiration time.For example, if your lock automatically expires in 10 seconds, the time-out should be between 5 and 50 milliseconds.This prevents the client from waiting desperately for a response when the server-side Redis has been suspended.If the server does not respond within the specified time, the client should try to get a lock from another Redis instance as soon as possible.

The client uses the current time minus the time it started acquiring the lock (time recorded in step 1) to get the time it took to acquire the lock.Locks are successful only if and only if the locks are taken from most of the Edits nodes (N/2+1, here are three) and are used for less than the lock expiration time.

If a lock is retrieved, the real effective time of the key is equal to the effective time minus the time used to acquire the lock (the result of step 3). 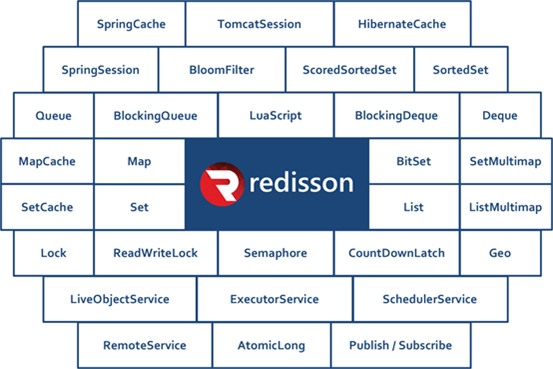 Redis-based Reedisson Distributed Re-entrainable Lock Java Object ImplementationJava.util.concurrent.Locks.LockInterface.
It is well known that if the Edsson node responsible for storing this distributed lock is down and the lock is in a locked state, the lock will be locked.To avoid this, Redisson provides a watchdog inside that monitors locks, which continuously prolongs the duration of the locks until the Redisson instance is closed.By default, the time-out for a watchdog's check lock is 30 seconds or can be modified Config.lockWatchdogTimeout To specify otherwise.
Redisson also provides the leaseTime parameter to specify the lock time by locking.After this time the lock is automatically unlocked.

With the addition of caching and distributed locks in the business, business code becomes more complex. In addition to business logic itself, caching and distributed locks are also considered, which increases the workload and development difficulty.Cached routines are particularly similar to transactions, and declarative transactions are implemented using the idea of aop.

Simulate transactions, caching can do this:

2. Define a tangent class with comments

3. Cache method will need to be used with cache annotations

When redis is not cached,