There are some charts in the micro professional video in the middle, which are completely followed up. In fact, we have a preliminary understanding of how to recognize and clean the data. Although it's not hard to watch, there are still many subtle mistakes in code tapping. It's mainly because I'm not familiar with python just now and need to practice skillfully.

In the process of data processing, there are two points that I personally think are very important: try to back up the original data, and output after each processing to see if you get the desired results.

Import the data, read the head to see the format of the data

Format of observation data
Category: some data can be classified into sample data, so as to select the appropriate visualization map. It can be found that survived, sex, embanked and Pclass are all variables representing classification.
Numerical: whether there is numerical data, such as discrete, continuous, time series, etc. Continuous data Age, Fare. Discrete data SibSp(
Number of siblings / spouses board, parent (number of parents / children board)
mixed data types: tick and cabinet are in the form of letters + numbers 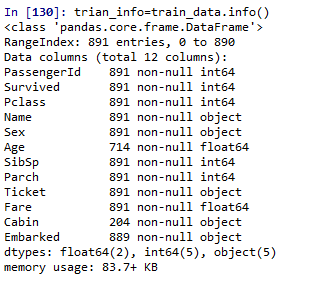 *Name is the only variable
*More men than women, 577 / 891 = 65%
*Cabin room number is reused, and multiple people share a room
*Ticket is not a unique number. There are many people with the same ticket
*There are 3 ports of Embarked landing, S is the most

Hypothesis based on data analysis

Analyze the relationship between data and survival
Data that may not have analytical significance:
*Ticket data repetition rate is too high, not as a feature
*Excessive loss of Cabin, omission feature
*Passengerid as a unique identifier has no significance as a classification
*Name because the format is not standard, it may have nothing to do with the analysis features (I've seen the blog extract title such as Mr,Ms as the analysis)

*Fill age, embanked feature
*Create a new data Family based on Parch and SibSp to mark the number of all Family members on the ship
*Extracting title from name as a new feature
*You can classify the Age parameter and convert it to multiple categories
*Create Fare features that may help analyze

Relationship between age and survival 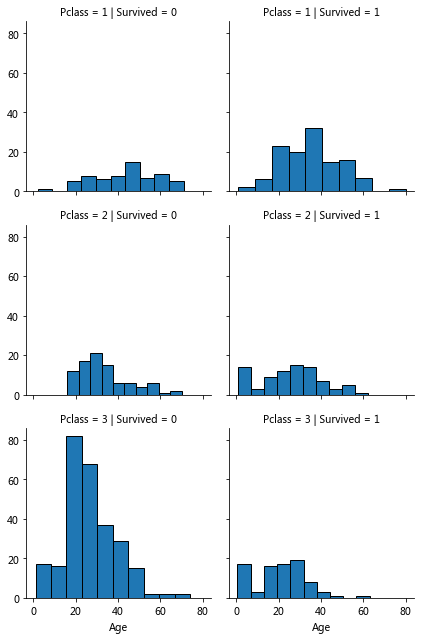 Observations:
Age pclass and survival
Pclass=3 the most passengers but not many survivors, pclass is related to survival, verify hypothesis 1
In Pclass=2 and Pclass=3, the younger passengers are more likely to survive. Verify hypothesis 2
Passengers of different ages are distributed in different Pclass
Conclusion: Pclass should be considered in training model 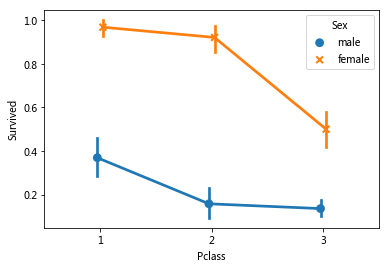 It was observed that the survival rate of women in different pclasses was significantly higher than that of men, and gender was an effective feature of classification 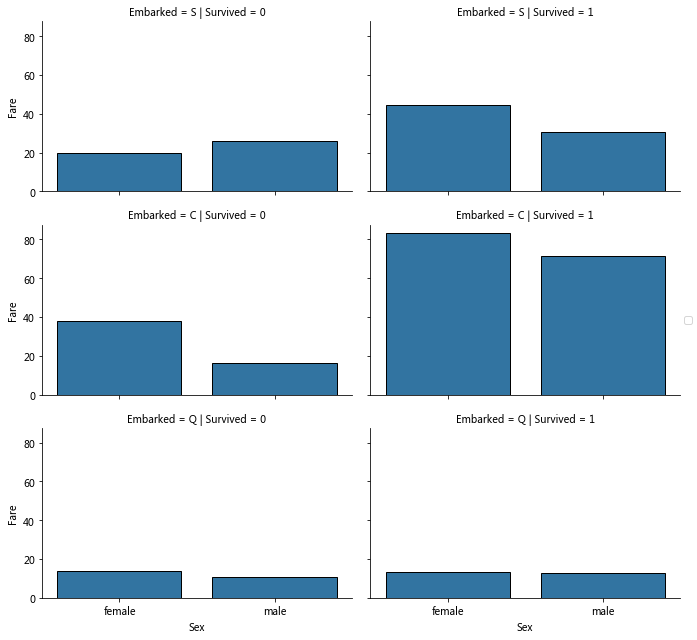 According to the classification, the corresponding value is calculated by the estimator method (default average value).

Compared with the left and right columns, in Embarked=S/C, the average value of surviving passenger tickets is higher

Embarked=Q fare is low, and the survival rate of possible association is low

Embarked=C survivors are significantly more expensive than others.

Feature extraction of Name to extract the title 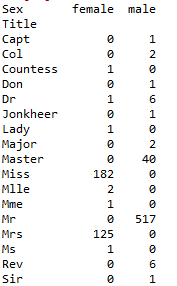 It can be found that Master, Miss, Mr, and Mrs have more dead people, while others have less. Therefore, we can replace the less appellations with race, and replace synonyms such as Mlle with Miss.

Method 1: generate random numbers in the range of mean and standard deviation (the simplest)

Method 2: fill in the missing value according to the association characteristics, Age Gender Pclass is related, and fill in with the mean according to the classification of Pclass and Gender

Method 3: Based on Pclass and Gender, the random numbers in the range of mean and standard deviation are used for filling

Methods 1 and 3 use random numbers to introduce random noise, and adopt method 2 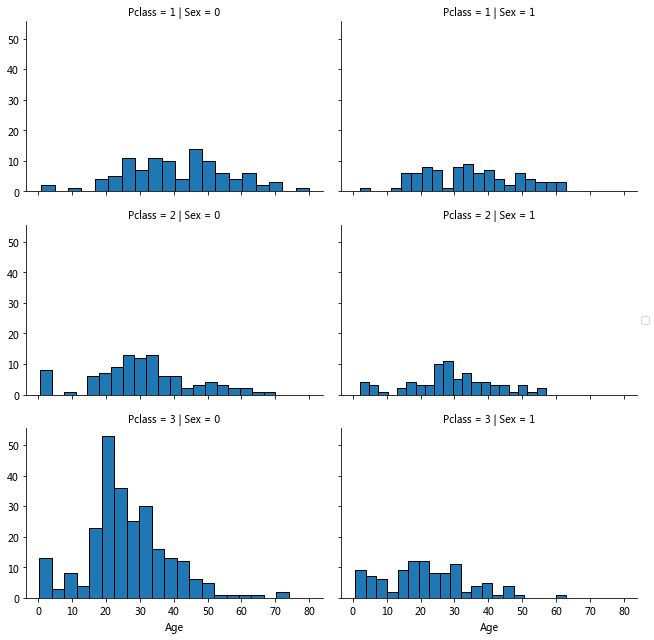 It can be seen that the survival rate of young age group is higher than that of other ages. I don't understand the relationship between combine and train_data, test_? So you can update two DFS directly by changing the combine? But why does the traindata in the combine not change if it is not reassigned after drop AgeBand. Make up lessons!!! ] 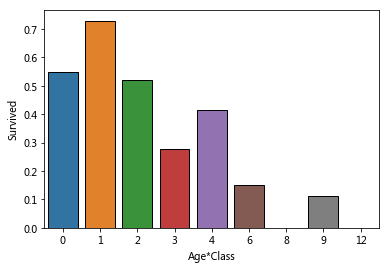 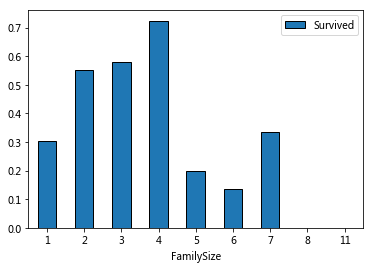 The overall trend is increasing first and then decreasing 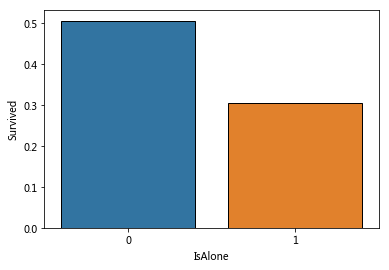 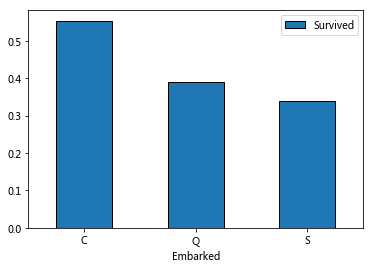 It is speculated that different Embarked ports may have different locations, which may affect the survival rate. Therefore, filling is very important, and mode is selected for filling.

It is suddenly found that the partition of test is based on the data partition of train, so there is no auxiliary column in test and it is not necessary to delete it.

The goal is a question of classification and regression, to get the relationship between Survived and other variables.
The existing data is labeled, so it is supervised learning.
Applicable to: (every name knows what it is, but only the simplest ones = =)
Logistic Regression
KNN or k-Nearest Neighbors
Support Vector Machines
Naive Bayes classifier
Decision Tree
Random Forrest
Perceptron
Artificial neural network
RVM or Relevance Vector Machine 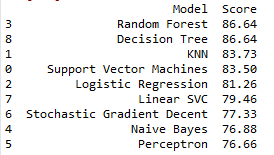