Hello, I'm Mr. Jiao ya (o^^o)
After understanding how Docker is different and such a talent, we will explain it step by step from the basis of Docker. 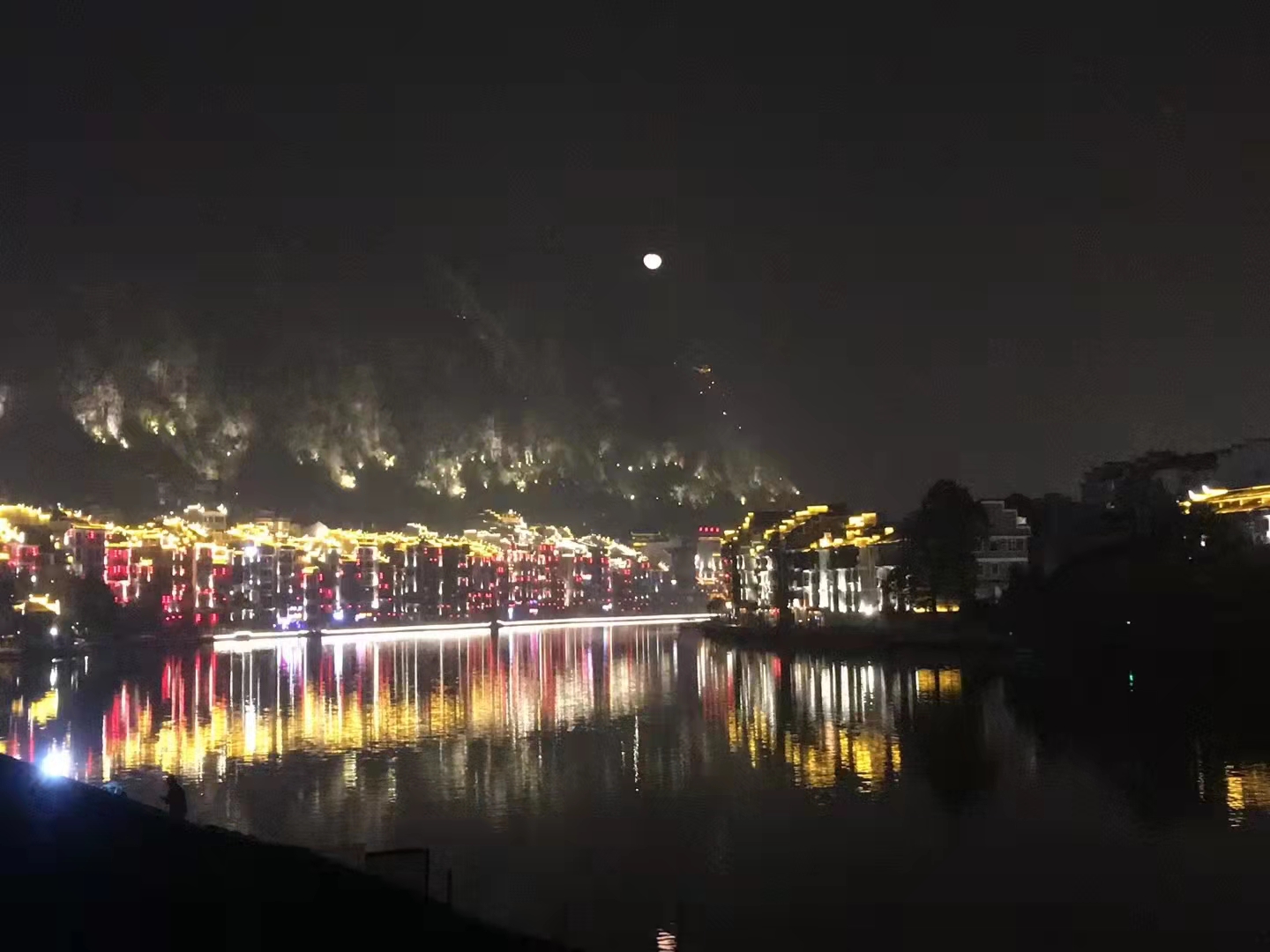 Before explaining the basic composition of Docker, we need to understand that Docker is a client server (C/S) architecture program. I don't understand what is C/S architecture, right? Let me briefly explain here. Generally speaking, application architecture is divided into two types: 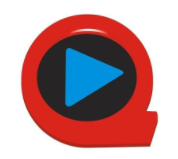 This way of data communication with the server by installing software is C/S architecture. 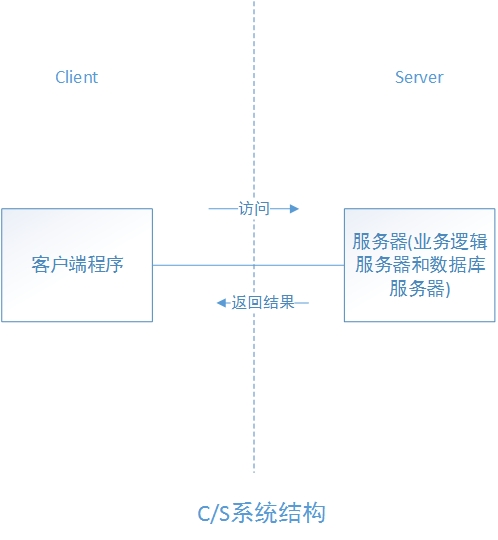 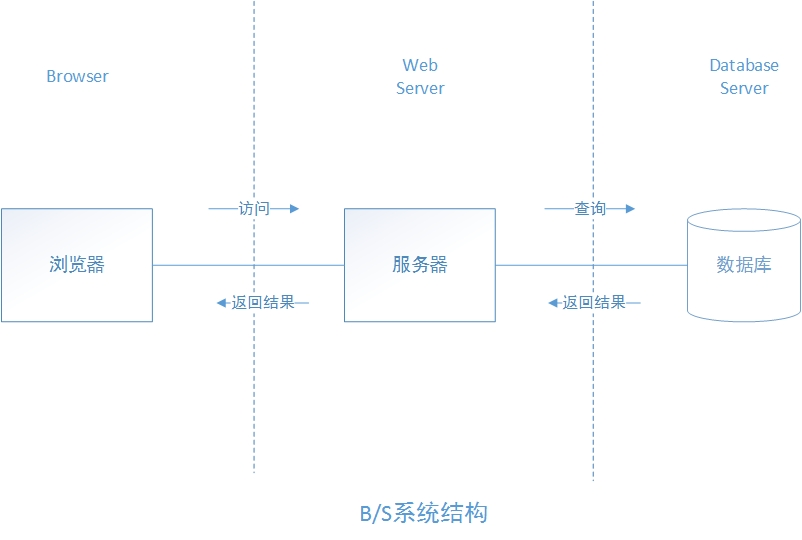 Docker engine is an application of c/s structure. The docker client only needs to send a request to the docker server or daemon. The server or daemon completes all work and returns the results. The main components are shown in the figure below: 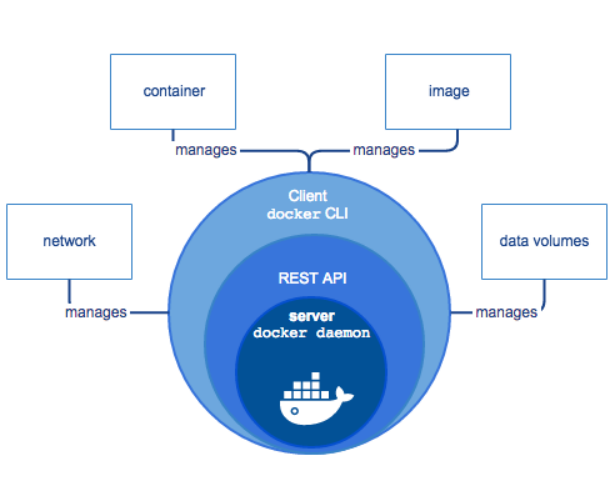 From the previous section, we can know that Docker uses C/S architecture. The client communicates with the server process through the interface to realize the construction, operation and publishing of containers. Client and server can run in the same cluster, and can also realize remote communication through cross host. 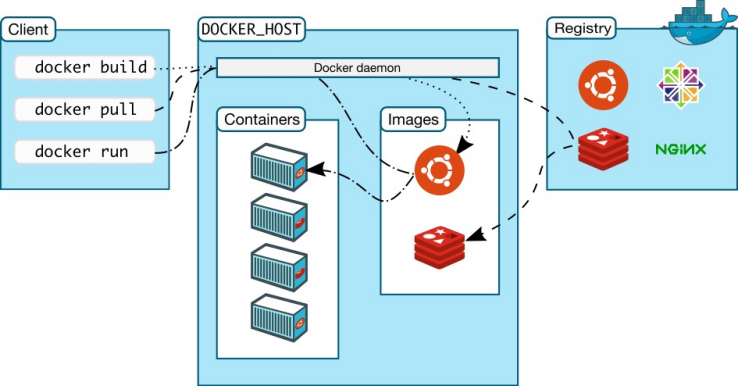 Docker image is a read-only template that can be used to create containers. One image can create multiple containers, just like classes and objects in java. Classes are images and containers are objects.

Docker uses containers to run applications. A container is a running instance created from an image. It can be started, started, stopped and deleted. Each container is an isolated and secure platform.

Warehouse is the place where images are stored. It is divided into public warehouse and private warehouse. The official warehouse Docker Hub is foreign, while many domestic companies, such as Alibaba cloud and Huawei cloud, have their own container services. Docker uses foreign warehouses by default, and our access in China is very slow, Therefore, we need to configure image acceleration when learning.

The above introduction, I think, may be a bit harsh for the old fellow who has just studied Docker. I was just learning Docker. But it doesn't matter. Let me give a popular example:

We should note that Docker itself is not a container. It is just a tool for creating containers. It is an application container engine.

To understand Docker, you only need to know two points: 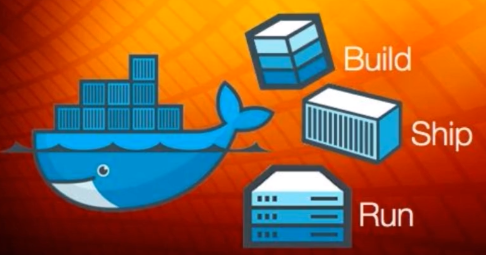 Build (build image): the image is like a container, including files, running environment and other resources.
Ship (transport image): transport between the host and the warehouse. The warehouse here is like a super wharf.
Run image: the running image is a container, which is the place where the program runs.

for instance:
My father is old and wants to go back to his hometown to build A house. We came to his hometown and found A busy place at ordinary times. We bought A foundation to build A house, so my father and I moved cement, stones and all kinds of materials. It took nine cattle and two tigers to build the house at last. As A result, after living for some time, my father said it was too noisy here and wanted to change to A quiet place. According to the traditional method, we can only move stones, cut wood, draw drawings and build houses again. However, Doraemon took out A magic wand from the treasure bag, which can pack the house built by me and my father into A "mirror image" and put it in my backpack. 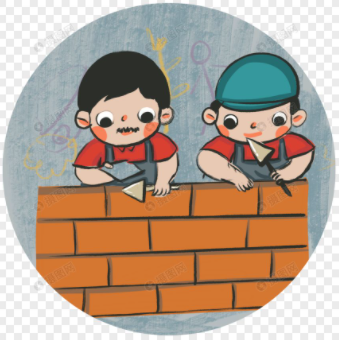 When I get to a quiet place and find an open space, I will use this "mirror image" to copy a house, put it there and check in with my bag. So the second point of Docker is: build once, run anywhere.

From the above example, the image placed in my bag is the Docker image, while the house I copied with a magic wand in a quiet space is a Docker container, and my backpack is the Docker warehouse.

Since the house built by my father and I can be packaged into a mirror image, other people's houses can also be made into a mirror image. In this way, can we live in all kinds of luxury houses directly. The mirror images made of so many houses need a big bag to install. Therefore, this big bag has become a repository in professional terms. Therefore, the official provides a Docker Hub for everyone to share the house image. Of course, you can also build a private warehouse, dullele, and don't share your own house image to others.

Docker is officially recommended to be installed in Ubuntu, because docker is released based on Unbantu, and generally, Ubuntu is the first to update or patch the problems of docker. In many versions of Centos, it is not supported to update some of the latest patches.

Since our learning environment uses Centos, we install Docker on Centos here.
be careful:

Since there are official tips, how can we view the system kernel?

1. Verify with the uname command

If Docker has been installed, please uninstall it first and then reinstall it to ensure that the overall environment is consistent.

4. Set the warehouse of the image

In view of the domestic network problems, it is very slow to pull the Docker image later. We can configure the accelerator to solve this problem.
Log in to alicloud
Search container mirroring service be careful:
The image address of Alibaba cloud's own account (you need to register one of your own): https://xxxx.mirror.aliyuncs.com

10. Verify that the configuration is successful

In many cases, the virtual machine or server that needs to install docker cannot access the Internet, so docker needs to be installed offline.

A virtual machine or server that can access the Internet. The operating system is unlimited. The modified machine can access the machine where docker is to be installed

2. Copy the extracted files to the specified folder

4. Copy the following into this document

8. Set startup and self startup

9. Verify that the installation was successful

The browser can access Nginx by entering the virtual machine address