Caching mainly refers to the resource copies saved in the disk of the proxy server or client. Caching can reduce access to the source server and improve efficiency.

For ease of understanding, we believe that the client has a cache database to store cache information, and the existence of proxy server is not considered. 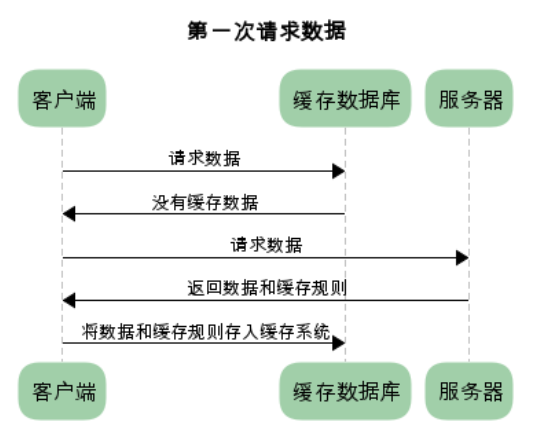 Assuming that there is cached data in the cache database, it is only based on forced caching. The process of requesting data is as follows:

It can be seen that if the mandatory cache takes effect, there is no need to interact with the server.

The implementation of forced caching depends on two headers, Expires and cache control.

Expires is the cache support provided by HTTP/1.0. Through this Header, the server can tell the client the expiration time of the cache, indicating that the resource will not be changed within the expiration time, so you can no longer request from yourself.

It can be found that it is a specific time generated by the server. Client applications such as browsers will compare with the specific time according to the local time, and there may be an error between the client time and the server time, which will lead to the error of cache hit.

Due to the above problems of Expires, the cache control mechanism is introduced into HTTP/1.1 protocol. Through this Header, the cache information can be communicated between the server and the client. Common cache instructions are as follows

Where private is the default.

In Http/1.0, if cache control: Max age = and Expires occur at the same time, the max age instruction will be ignored, and Expires will prevail;

In Http/1.1, if cache control: Max age = and Expires appear at the same time, Expires will be ignored, and Max age will prevail.

Assuming that there is cached data in the cache database, only based on the comparison cache, the process of requesting data is as follows:

It can be seen that the comparison cache needs to interact with the server whether it is effective or not.

There are two types of identity transfer: last modified / if modified since and Etag / if none match. We will introduce them respectively below.

These two fields need to be used in conjunction with cache control. Last modified is in the response header and if modified since is in the request header. Their meanings are:

It also needs to be used with cache control. Etag is in the response header and if none match is in the request header. And their priority is higher than last modified / if modified since.

When forced cache and contrast cache exist at the same time:

The flow chart is as follows

When the client first requests: 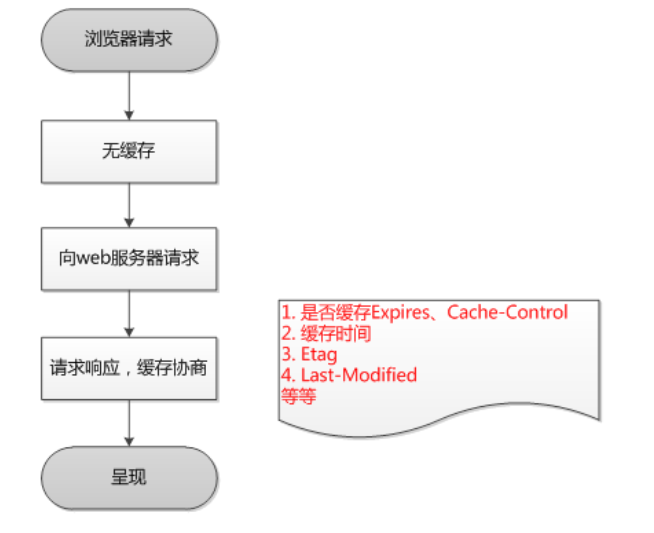 When the client requests again: 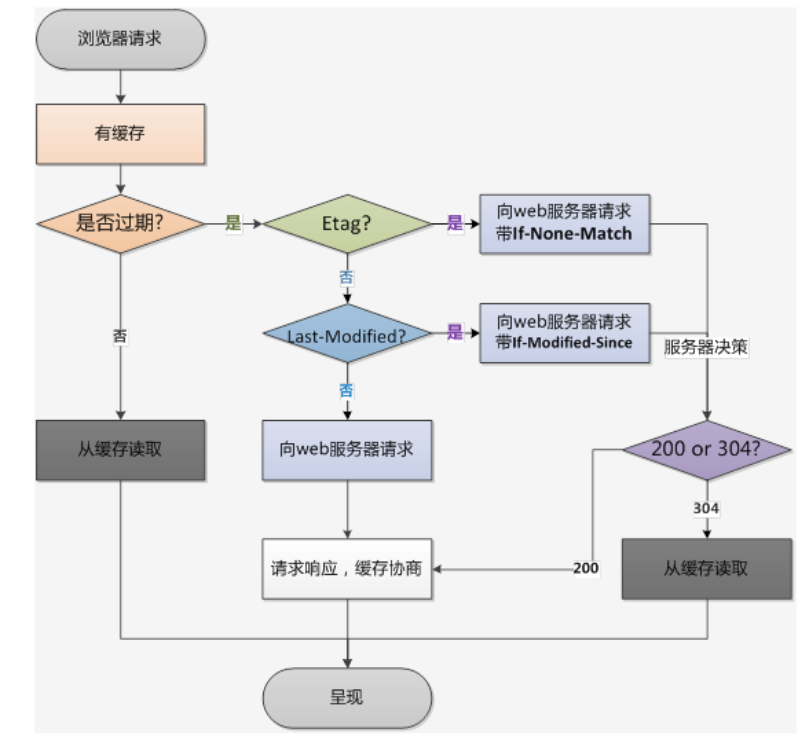 Let's start with the CacheInterceptor interceptor.

We start with its intercept method

In the CacheInterceptor, there is a Cache object. The intercept method CRUD the Response based on this object.

In OkHttp, Cache is not used by default. The explanation is as follows:

And in okhttpclient In builder, its properties are as follows

That is, the cache of the CacheInterceptor is null by default.

The constructor under Cache is called here

The main constructor was called

As you can see, a DiskLruCache object is created here.

In addition, create disklrucache Editor, the key method is called, which will generate the corresponding stored key according to the url of the request, as follows

It can be seen that it actually encodes the url using UTF-8, encrypts it with md5, and then converts it into hexadecimal.

Let's look at the cache that stores the Response information Entry

Cache.Entry calls the writeTo method to write the Response information to the editor. Let's check this method

Let's look at the get method of Cache

Let's look at the constructor whose Entry parameter is Source and see how it constructs an Entry according to Source. Due to a lot of code, we only intercept a small part

Internally, it reads the information in the source and saves it. The reading operation here also uses the okio library.

It can be seen that the Response object is actually constructed by using the information saved by the Entry.

With the previous foundation, it is easy to understand the update method.

The Cache remove method is as follows

Its implementation is very simple. It directly calls the remove method of DiskLruCache to remove the corresponding cache.

In the intercept method of cacheinterceptor, call CacheStrategy The Factory construction method creates a Factory object, and then calls the compute method of the object to create a CacheStrategy object.

The parameters of the CacheStrategy construction method are as follows

In cachestrategy In the Factory construction method, it is mainly to judge whether the cached response cacheResponse exists. If so, the information corresponding to the response is saved in the Factory object.

The above compute method calls the computeCandidate method, which is as follows

The main function of the computeCandidate method is to create and return a CacheStrategy object according to the information of the request and cache response. The object indicates the following three situations

Summarize the steps of the computeCandidate method:

Let's sort out the construction process of CacheStrategy and its relationship with CacheInterceptor::intercept.

OkHttp's Cache is mainly related to two classes: Cache class and CacheStrategy class. The Cache class is responsible for CRUD operations on the Response locally; CacheStrategy will judge whether the request is to make a network request, directly use the Cache Response, or let the server verify whether the Cache resources are valid according to the received request and the information of the candidate Cache. In its intercept method, the CacheInterceptor interceptor performs "error reporting, Cache usage, network request" and other operations according to the information obtained in the policy.

The CRUD operation of the Response by the Cache class depends on DiskLruCache, which implements the LruCache mechanism of the disk. Users can configure the Cache in OkHttpClient to customize the Cache address and Cache space size.

The general process is as follows: 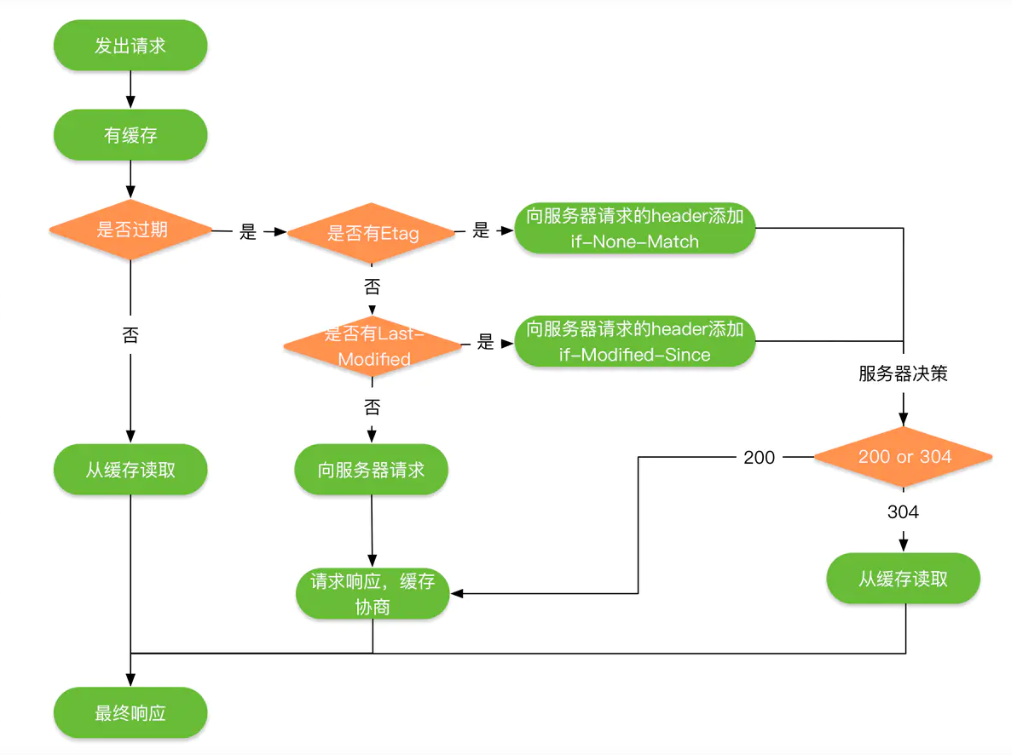