Note: the returned result is a floating-point number, and the result with absolute error or relative error within 1e-4 from the standard answer is regarded as the correct result

Because the order of magnitude of the intersection is O ( n 2 ) O(n^{2}) O(n2), so you can't handle all intersections completely. 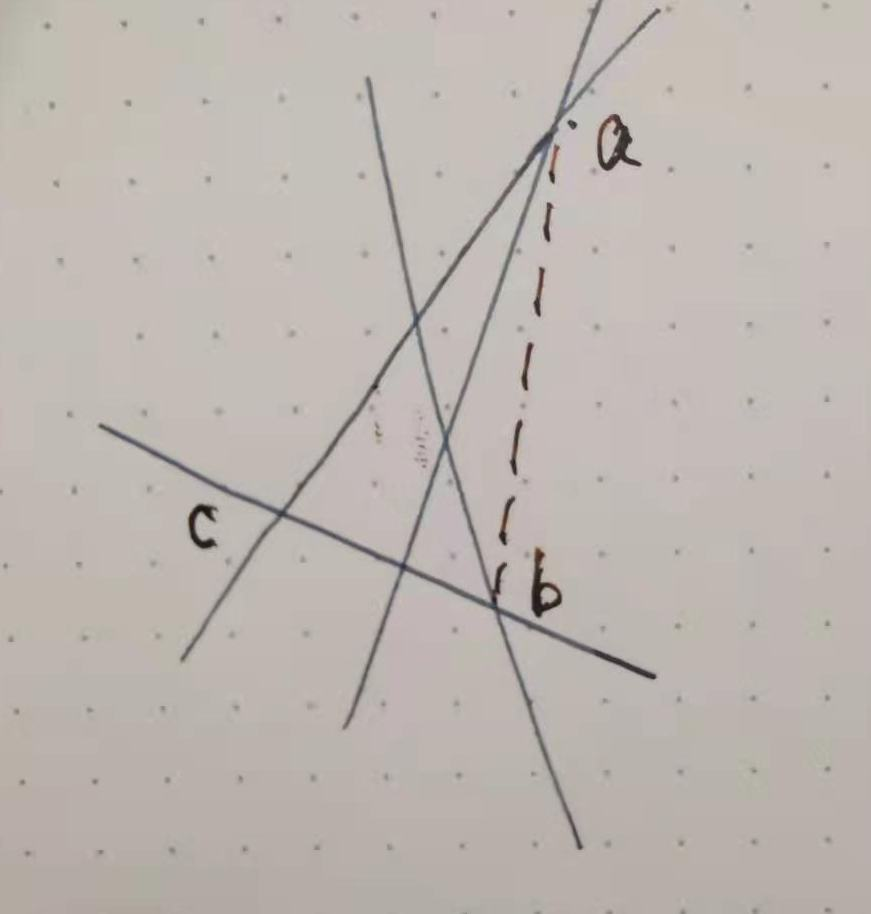 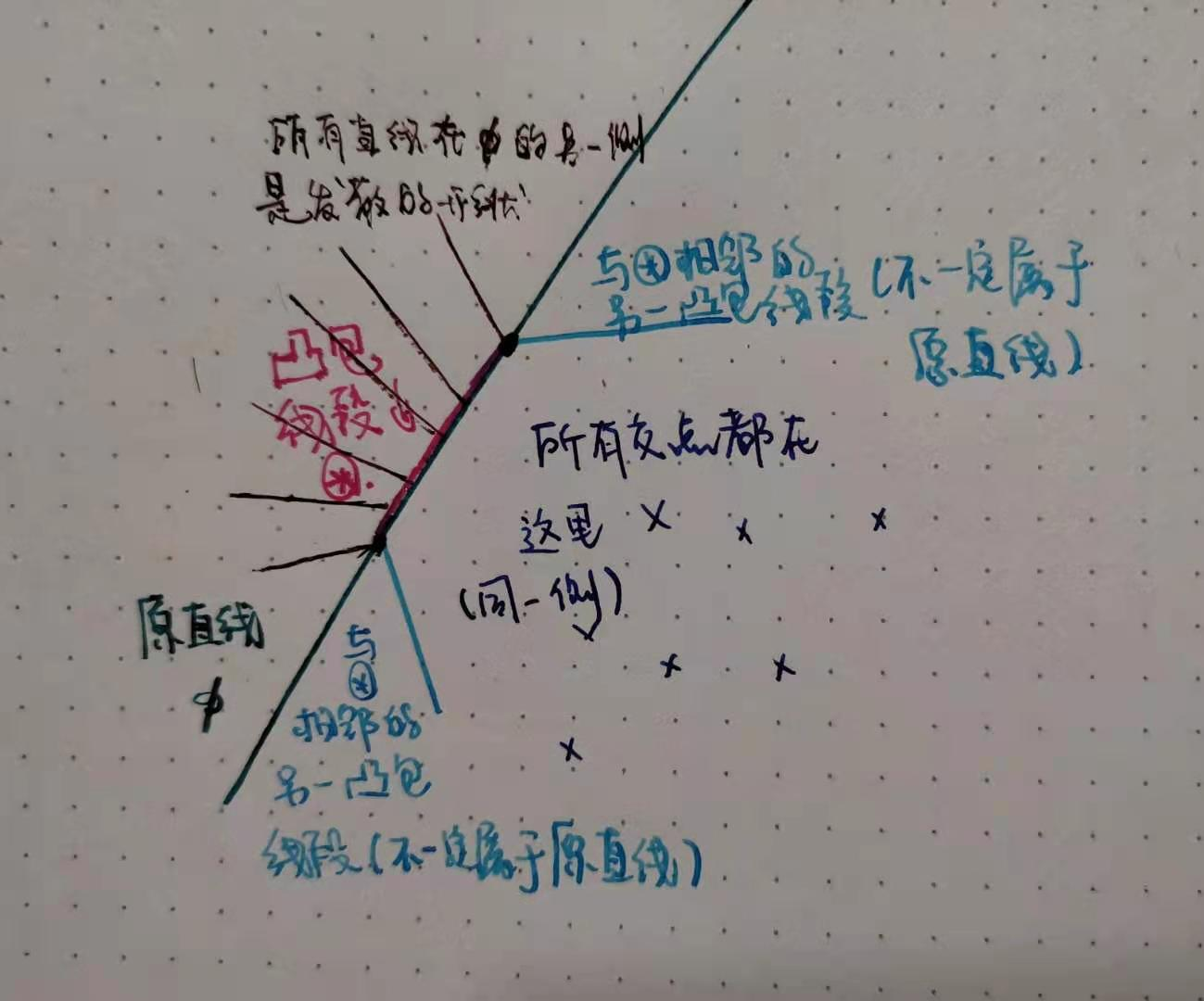 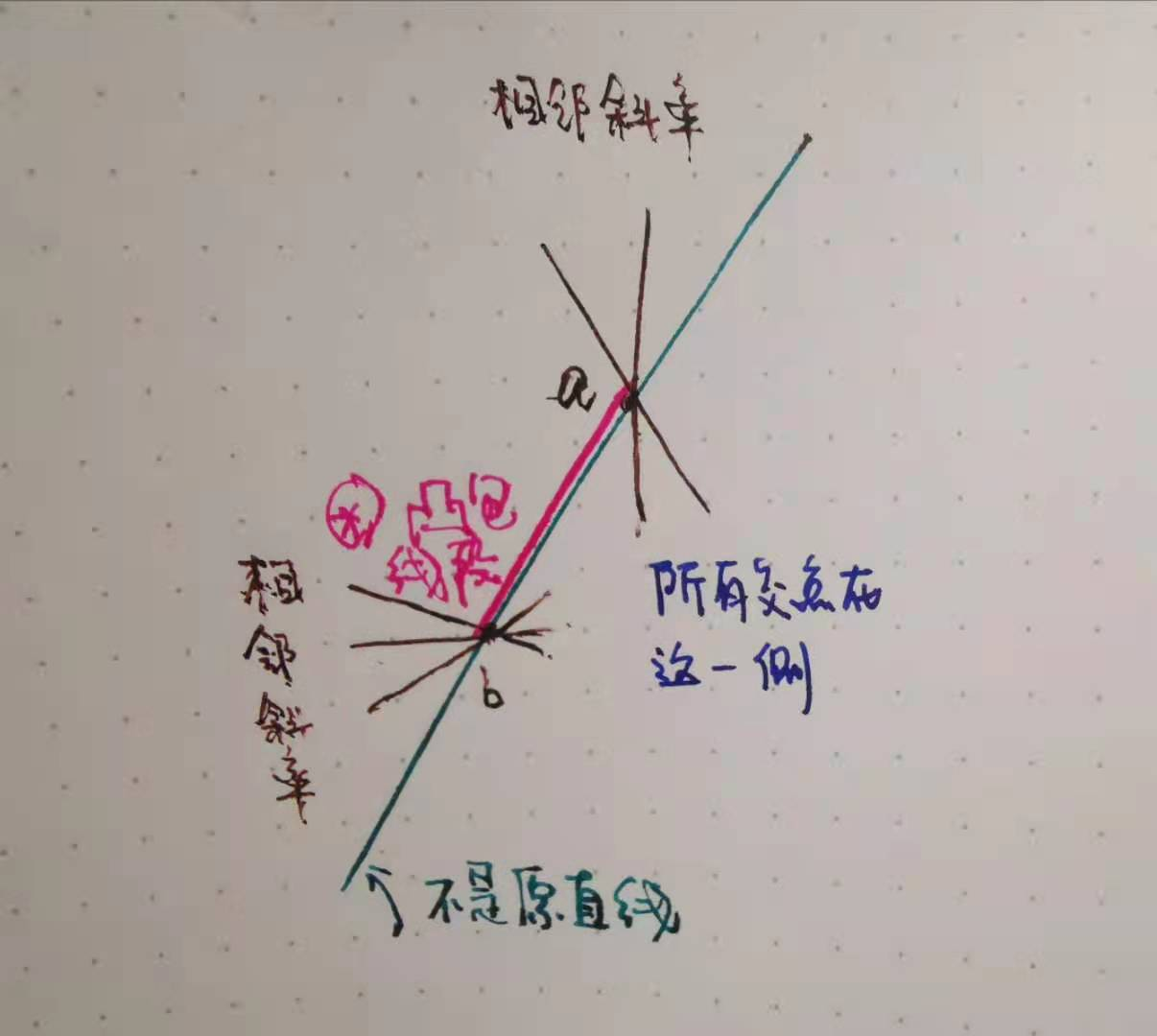 To sum up, the complete algorithm is as follows:

$1-2 algorithm for finding the intersection of line pairs

Note the case where the denominator is zero: two direction vectors b ⃗ \vec{b} b and d ⃗ \vec{d} d In parallel, false is returned in this case.