In Java, there are many scenarios for generating random numbers, so in this article, we will take an inventory of the four ways to generate random numbers, the differences between them and the corresponding scenarios of each way.

Random is used to generate a random number from 0 to 10 (excluding 10). The implementation code is as follows: 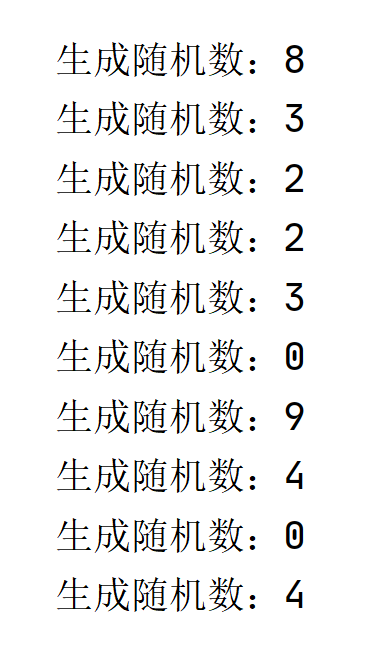 ② Analysis of advantages and disadvantages

Random uses LGC algorithm to generate pseudo-random numbers, which has the advantages of high execution efficiency and fast generation speed. ​ 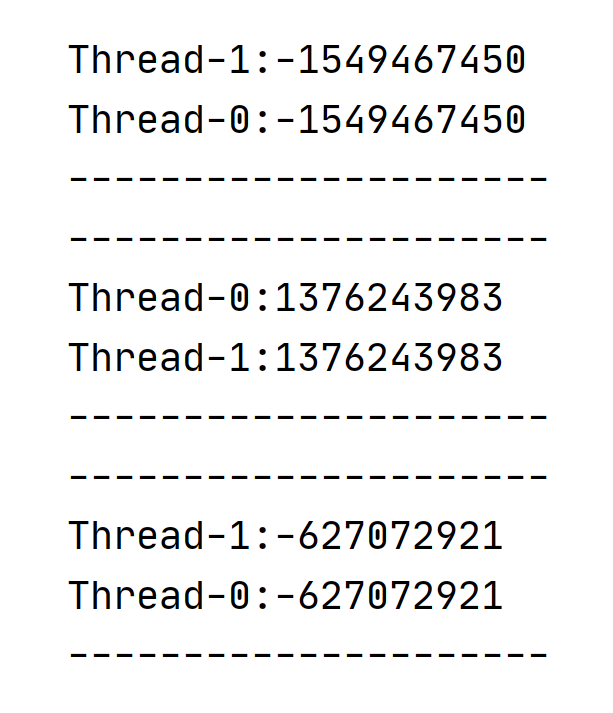 When we want to use a class, our first concern is: is it thread safe? For Random, Random is thread safe. ​

PS: thread safety refers to that in a multithreaded scenario, if the execution result of the program is consistent with the expected result, it is called thread safe, otherwise it is non thread safe (also known as thread safety problem). For example, there are two threads. The first thread performs 100000 + + operations, and the second thread performs 100000 operations. The final result should be no increase or decrease. If the final result of the program is inconsistent with expectations, it is non thread safe.

From the above source code, we can see that the bottom layer of Random uses CAS (Compare and Swap) to solve the thread safety problem. Therefore, for the scenario of generating a large number of Random numbers, Random is a good choice. ​

PS: there are two kinds of atomic operations implemented by Java concurrency mechanism: one is lock and the other is CAS. ​

CAS is the abbreviation of Compare And Swap, Java util. concurrent. Many classes in atomic, such as atomicinteger, atomicboolean, atomiclong, etc., are implemented using CAS mechanism.

The reason is very simple. From Random's source code above, we can see that Random uses CAS to solve the thread safety problem when generating Random numbers. However * * CAS is very inefficient in the scenario of fierce thread competition * *. The reason is that other lines are always modifying the original value during CAS comparison, which leads to the failure of CAS comparison, So it has to loop all the time to try CAS operation. Therefore, in the scenario of fierce multi-threaded competition, ThreadLocalRandom can be used to solve the problem of low execution efficiency of Random. ​

When we first see ThreadLocalRandom, we will think of the ThreadLocal class, which is true. The implementation principle of ThreadLocalRandom is similar to ThreadLocal. It is equivalent to giving each thread its own local seed, so as to avoid the additional performance overhead caused by multiple threads competing for one seed. 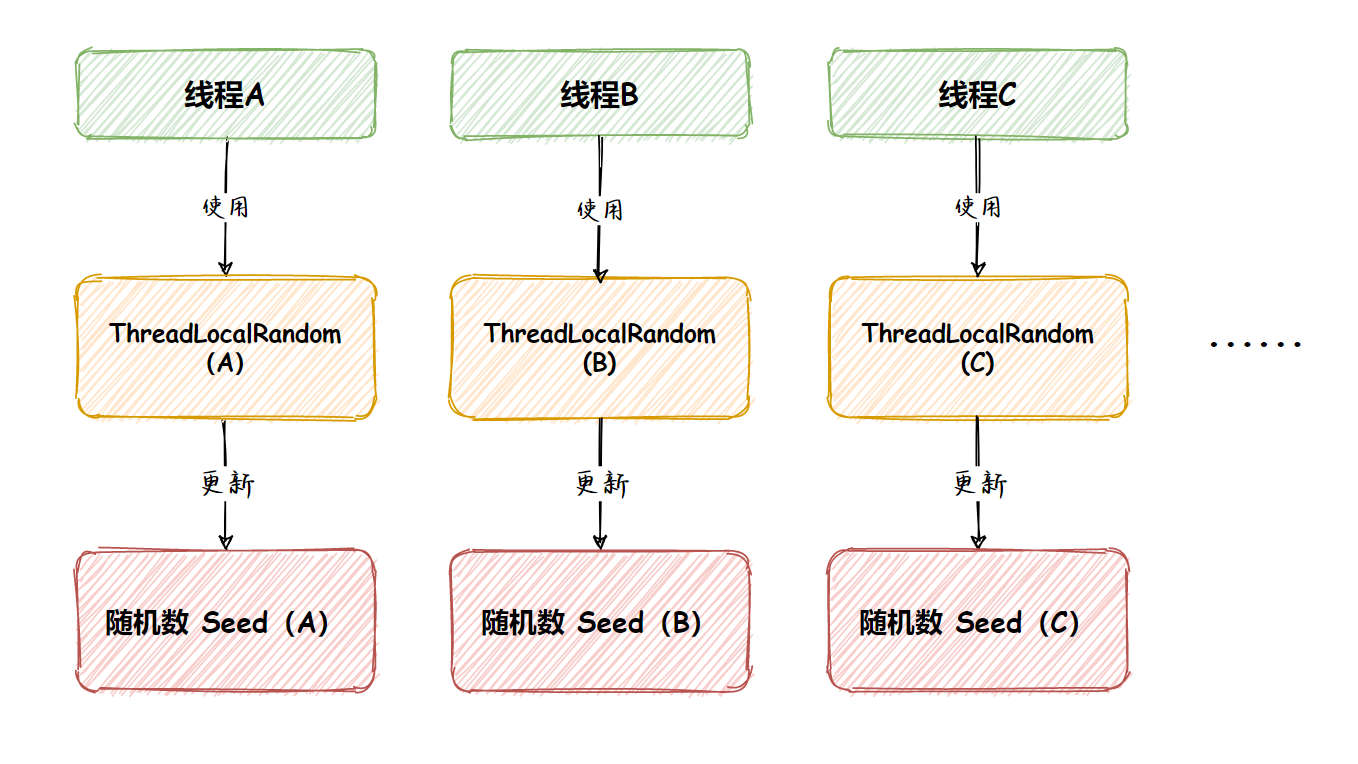 Next, we use ThreadLocalRandom to generate a random number from 0 to 10 (excluding 10). The implementation code is as follows: 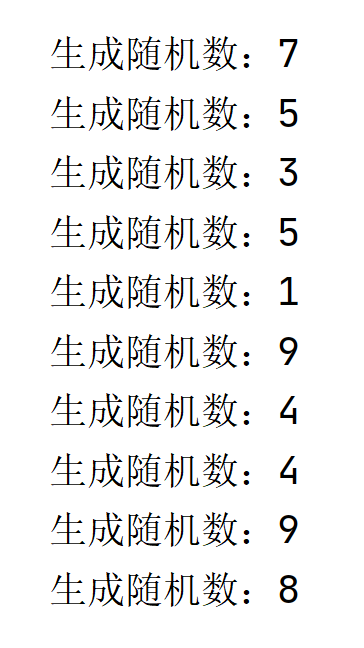 ③ Analysis of advantages and disadvantages

ThreadLocalRandom combines Random and ThreadLocal classes and is isolated in the current thread. Therefore, by avoiding competing for the number of operation seeds, it not only achieves better performance in the multi-threaded environment, but also ensures its thread safety.

As long as the setSeed() method is invoked in the program, the UnsupportedOperationException exception is thrown, as shown in the following figure:

Analysis on the shortcomings of ThreadLocalRandom

It can be seen from the above source code that when we set the startup parameter "- Djava.util.secureRandomSeed=true", ThreadLocalRandom will generate a random seed, which can alleviate the problem of predictable random number caused by the same random seed to a certain extent. However, by default, if this parameter is not set, it can be used in multiple threads because the startup time is the same, As a result, multiple threads will generate the same random number in each operation.

SecureRandom inherits from Random, which provides a strong Random number generator for encryption. Unlike Random, SecureRandom collects Random events, such as mouse clicks and keyboard clicks. SecureRandom uses these Random events as seeds. This means that the seed is unpredictable, unlike Random, which uses the number of milliseconds of the current system time as the seed by default, thus avoiding the possibility of generating the same Random number. ​ 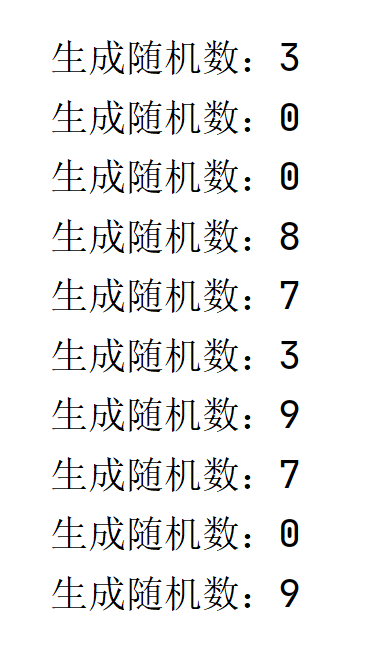 Of course, in addition to the above operation methods, you can also choose to use new SecureRandom() to create SecureRandom objects. The implementation code is as follows:

Math class was born in JDK 1.0. It contains attributes and methods for performing basic mathematical operations, such as elementary exponent, logarithm, square root and trigonometric function. Of course, it also contains the static method Math for generating random numbers Random(), this method will generate a double value from 0 to 1, as shown in the following code. 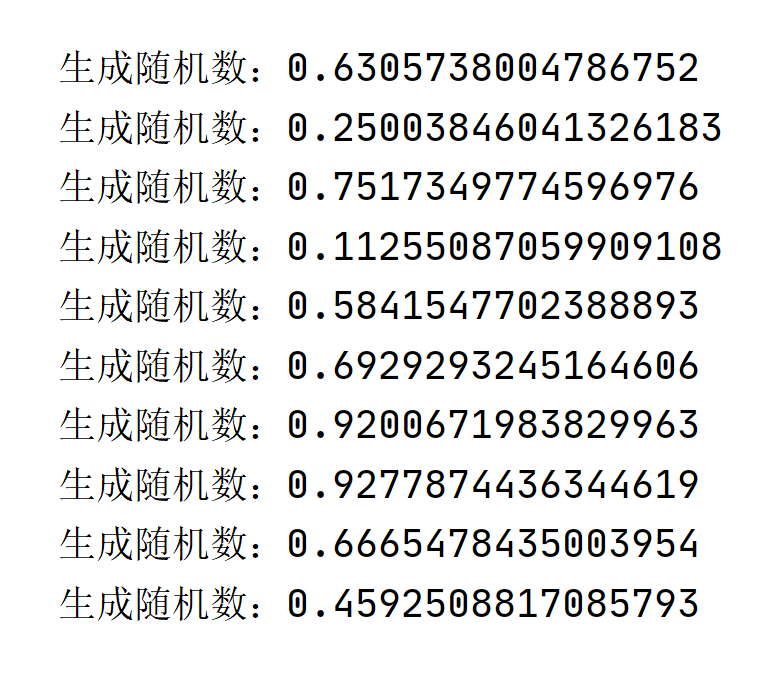 Of course, if you want to use it to generate a certain range of int values, you can write as follows: 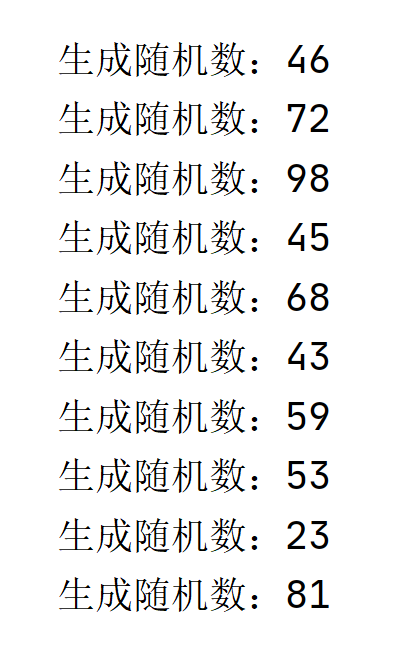 By analyzing the source code of Math, we can know that when Math is called for the first time When using the random () method, a pseudo-random number generator is automatically created, * * actually * * new Java util. Random(), continue to call Math next time This new pseudo-random number generator is used when using the random () method. ​