Keyboard is a common control device. In our life, we can see all kinds of buttons. Because of their simple structure and low cost, they are widely used in household appliances, digital products, toys and so on. In this chapter, we will introduce how to use keys to control the brightness and extinction of multiple LED s.

This chapter includes the following parts:

The key switch is an electronic switch, which belongs to the category of electronic components. There are two kinds of button switches on our development board: the first is the light touch button switch used in this experiment, referred to as the light touch switch. When used, the internal circuit is closed and connected by applying pressure to the operation direction of the switch. When the pressure is withdrawn, the switch is disconnected. The internal structure of the switch is realized by the deformation of the metal shrapnel after the force is exerted. The second kind is self-locking button, which keeps the switch on after the first press, i.e. self-locking, and after the second press, the switch. Disconnect, while the switch button pops up, the power key on the development board is such a switch. 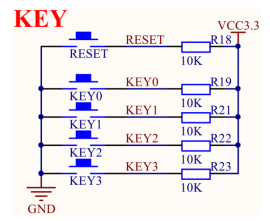 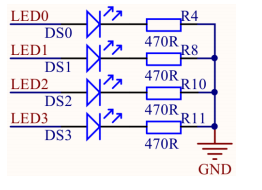 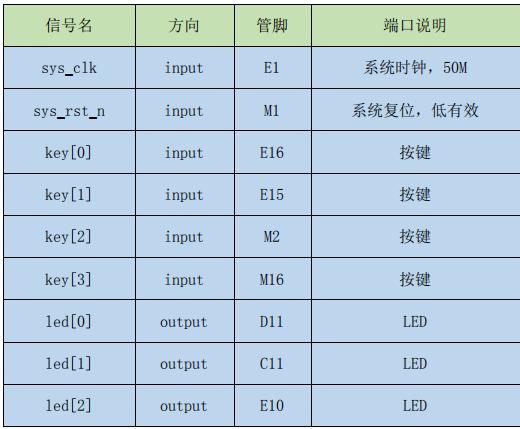 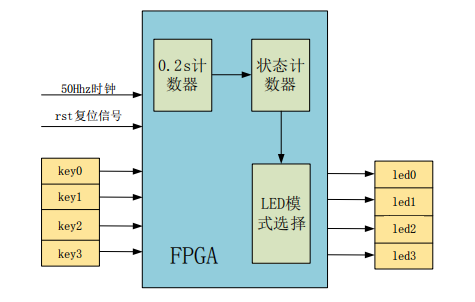