Git is a free and open source distributed version control system. The father of Git is Linus, the father of linux. After linux was open-source, there were many participants and contributors, resulting in excessive workload of reviewing, merging and distributing code, so it took another week to develop GIT.

Workspace: refers to the working directory where you store code files on the current device Local warehouse: refers to the local storage area used to store different versions of codes in the current equipment, generally in the working directory git directory Remote warehouse: refers to the remote network storage area used to store codes of different versions, which is generally provided by the code hosting platform. Mainstream platforms include (github|gitlab | privatization | gitlab | privatization | gitea | Alibaba cloud | Tencent cloud), etc Branch: refers to another development history line separated from one development history line commit: refers to the record of code changes in a certain period of time. The snapshot constitutes the code development history Version number: use SHA-1 to generate a 40 bit hexadecimal unique string to identify a code snapshot. (Note: GIT version number is out of order, and there is no global version number)

What can a branch do? Branch can well isolate our operation from the development main line. In order to prevent our modification from affecting the main line program, only the approved code can be incorporated into the main line. Therefore, using branch is the most ideal method.

Why should programmers learn GIT?

What are the disadvantages of GIT? GIT cannot make incremental submission to binary files, resulting in too many file copies and increasing the warehouse volume. The solution is to use LFS GIT project management is independent and flat. Permissions can only be managed by project rather than directory. Unlike SVN, each directory can be managed as a project Git has high learning costs (mainly powerful functions)

There are many branch management methods in the industry, including the famous GitFlow, TBD and the versions derived from them. GitFlow design is very comprehensive. Considering various problems in the actual development process, it can deal with them stably. It is very suitable for code management of large projects. His main ideas include two main branches - Master and development, one Release branch - Release, several development branches - Feature, and HotFix branch. The overall implementation process is slightly complex and not very friendly to continuous integration. TBD (Trunk Based Development) has been popular as early as the svn era. It is a relatively simple branch management model. It has only one trunk branch. After everyone has written the code and passed the self-test, they Push it onto the trunk. When they want to Release, they pull a Release branch, which is friendly to the sequel. However, if problems are found before going online, it is difficult to remove the code.

The difference between git branch and SVN branch is that SVN branch is a directory and a copy of code. The new branch has no past history. The GIT branch is a pointer to the commit object, and the difference is recorded in the version library through metadata. Git has a special pointer called HEAD. It is a pointer to the local branch you are working on. Switching branches is essentially moving the HEAD pointer. Git encourages frequent use of branches. 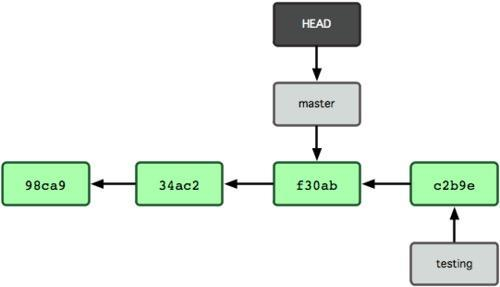 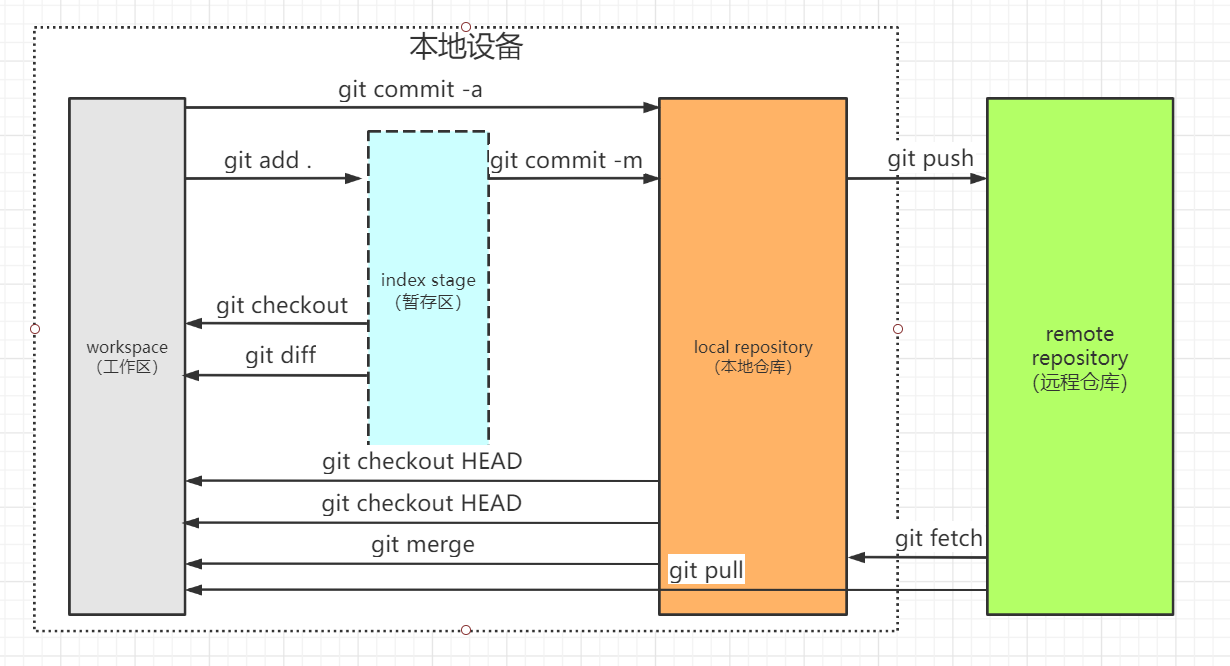 Download from the official website (the network speed is very slow): https://git-scm.com/ It can be downloaded through Tencent software library in China https://pc.qq.com/search.html#!keyword=git Installation method: double click the installation package and click next, which is omitted here.

Meld is a powerful file comparison tool. It can be used as a git plug-in to check differences and merge code.

Download and install from the official website, then open git base and execute the following command to configure your comparison tool

VSCODE is a code editing tool developed by Microsoft. The built-in GIT management function is very easy to use, especially the intuitive and efficient conflict resolution TortoiseGit is a GIT GUI tool. Its operation and interface are very similar to TortoiseSVN (I have never seen it myself).

Note: the user name and password need to be entered in HTTP mode. If the input is wrong, you can delete git config - system - unset credential helper

git ignore file needs to submit a hidden file ". gitignore", which defines the rules for ignoring files; You can create this file from the git bash command line

Configuration syntax: The directory is indicated by the slash "/"; Use asterisk "*" to match multiple characters; With a question mark Wildcard single character A matching list containing a single character in square brackets "[]"; With exclamation mark "!" Indicates that the matched files or directories are not ignored (followed by sufficient files); git for The ignore configuration file matches the rules from top to bottom, which means that if the matching range of the previous rules is larger, the latter rules will not take effect;

Markdown is a typesetting language jointly designed by Aaron Swartz and John Gruber. Markdown's goal is to achieve "easy to read and write".

The file used to describe the project is written in Markdown syntax. The file name is "README.md", which is actually the abbreviation of Markdown.

Github is a commercial website that uses Git ideas to work. It has more than 24 million developers open source their own projects on it. These 24 million users cover almost all the best developers in the world. Getting fork or star on Github means that other engineers approve the project.

gitlab is an open source project for warehouse management system. gitlab is a web service built on gitlab as a code management tool. gitlab can be used to build a website similar to github.

Git can create 4096 file names, but the maximum is 260 in windows. Because git uses the old version of windows api, it steps on a hole.