If you are a member of the R & D effectiveness team or engaged in CI/CD or DevOps, in addition to providing infrastructure, indicators and data are also a very important link. For example, you need to analyze the code submission of a Git warehouse:

This is a very powerful analysis tool written in python with little code. It is also one of the few open source projects I have found that can generate beautiful reports and use them easily.

The gitstats report is also powerful( https://github.com/tomgi/gitstats )Interested can try

If you have Linux, it is recommended to download and install it on Linux. I have tried to prepare the environment with Windows. It is very troublesome to download Python 2, configure Cygwin, and manually configure Gnuplot (Gnuplot is a portable command-line driven graphics tool). Here are my installation and use steps on Linux. 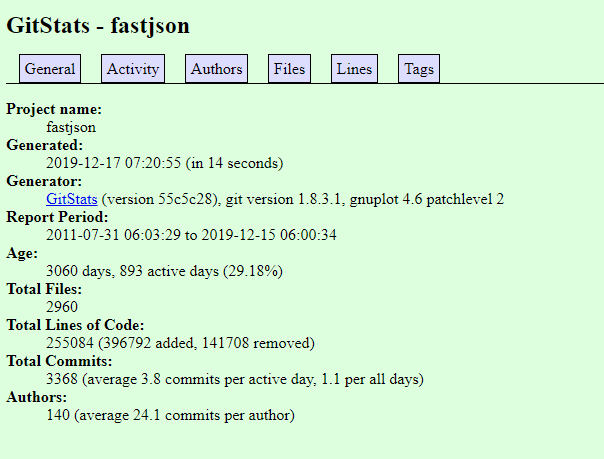 In the past 32 weeks, the first 12 to 17 weeks have been very active and submitted a lot. In addition, we can see that there are few submissions between 12:00 and 20:00 during the day. Most programmers are dealing with the work of the company during this time and are unable to contribute to open source projects.

After 20 p.m., submissions began to increase. It seems that he is a very hard-working developer. In addition, you can see that there are submissions from Monday to Sunday. Saturday is relatively the least. It should be Saturday to rest and relax. There are obviously more submissions on Sunday than on Saturday. It seems that it took a lot of valuable personal weekend time. 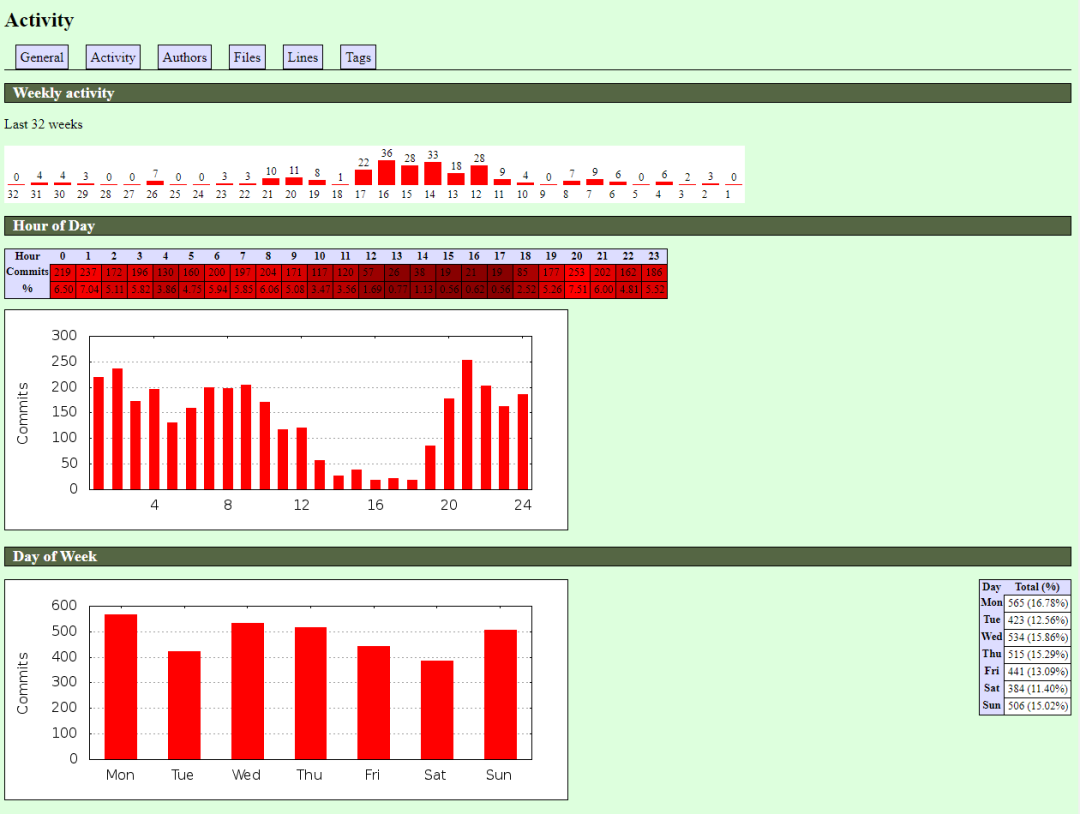 It can also be seen that the project is mainly completed from 2016 to 2017, and the time zone for completion is the East eighth district. This dimension can analyze the contribution of developers in different regions. 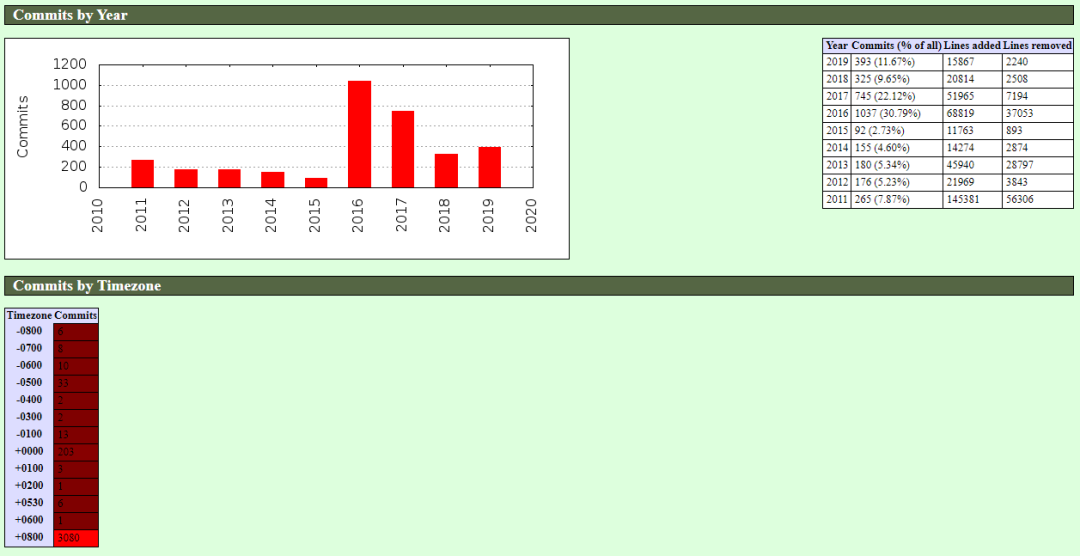 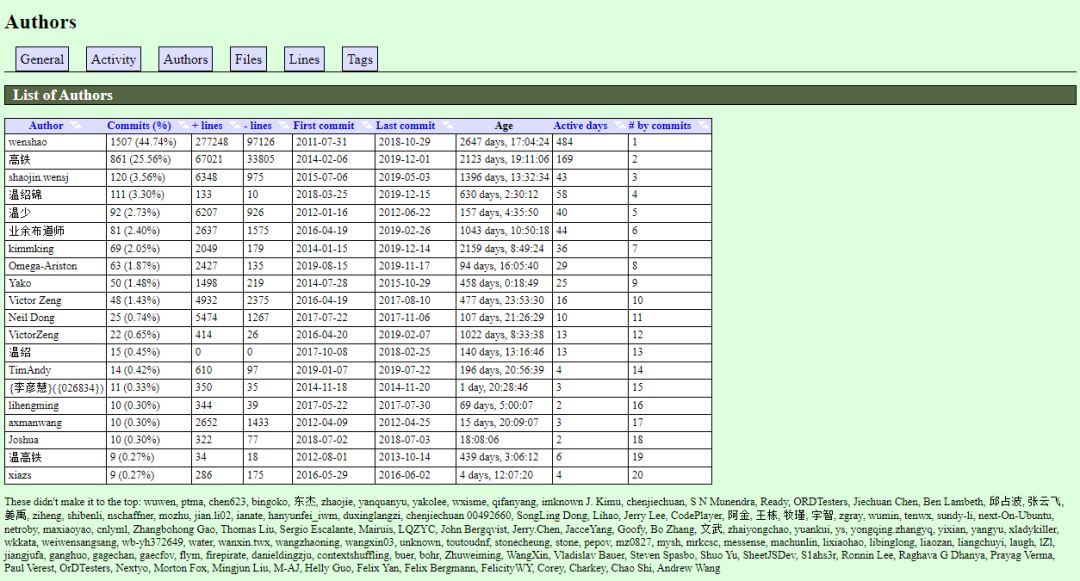 This picture also shows who is the creator of the project and who has contributed the most every year in recent years. You can also see the email account used by the submitter.

Number of files and lines

In addition, you can also see the trend chart of file increase every year and the ranking of the number of these file types. You can see that java files account for 96.08%, followed by json. 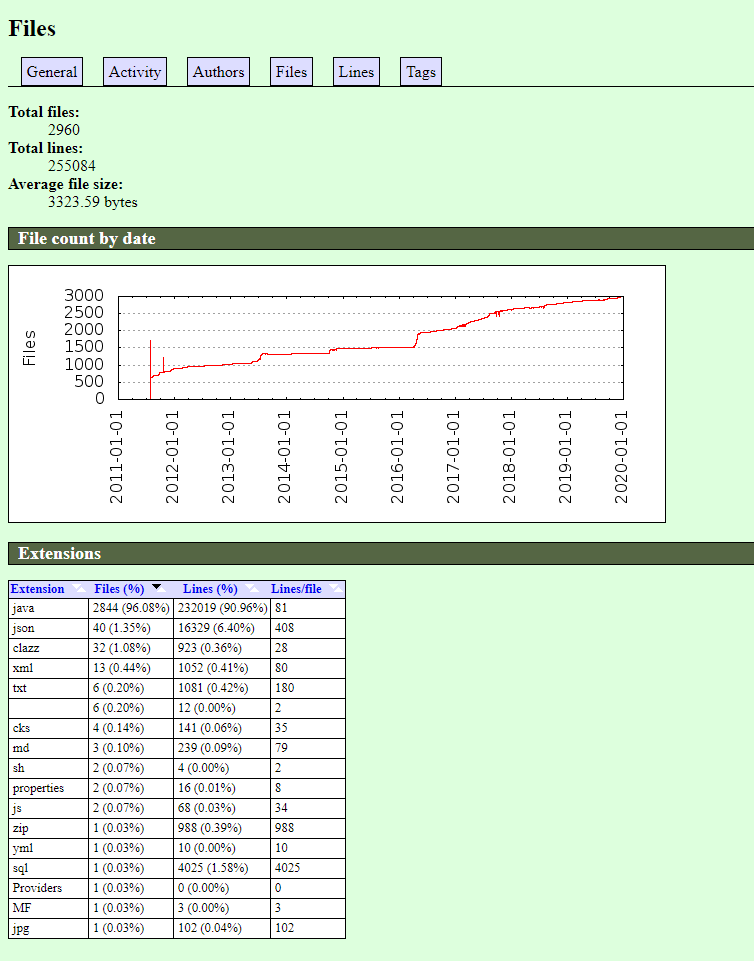 Tag s is a very important analysis indicator for the team (provided that the warehouse to be analyzed creates Tags after the release). You can see the contribution ranking of each version. 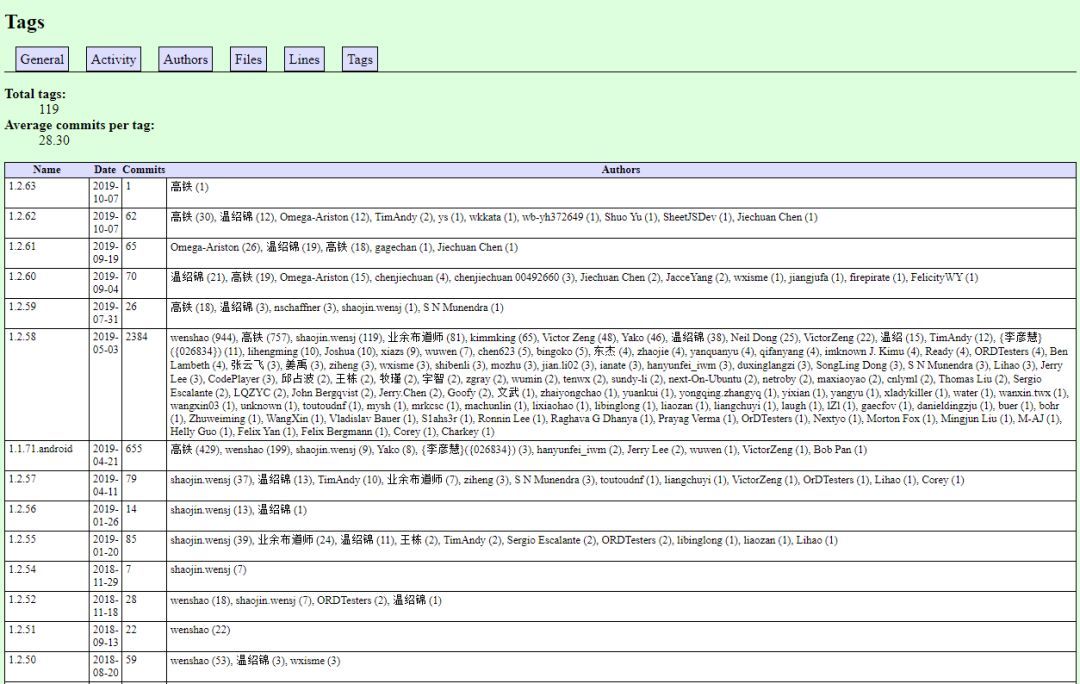 The source of the original text and reprint information are detailed in the text. If there is infringement, please contact us