Ten problems about interface of deep decryption Go language (I)

The relationship between Go language and duck type

Let's look directly at the definition in Wikipedia:

For example, in the dynamic language python, define a function like:

By the way, let's mention the characteristics of dynamic language:

The type of variable binding is uncertain

It can only be determined during operation

Functions and methods can receive any type of parameter

And the parameter type is not checked when calling

No interface is required

Take a look at an example and you will fully understand:

When are they used

What is the difference between iface and eface

From the perspective of source code:

Here is a picture of the iface structure: 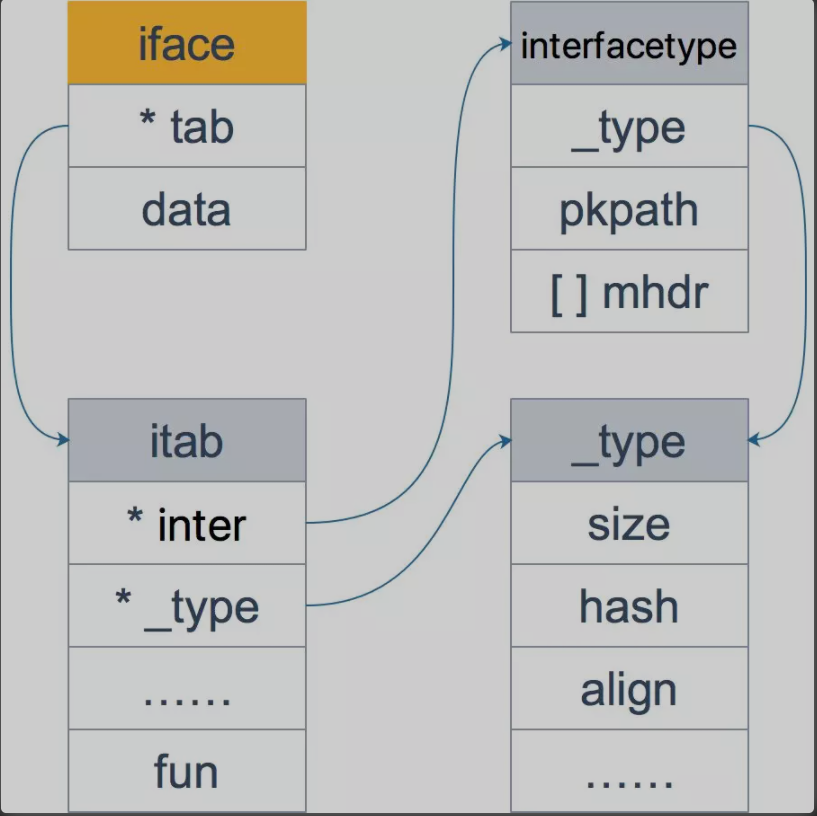 Next, let's look at the source code of eface:

[Extension 2] let's take an example and see its output:

[extension 3] how to print the dynamic type and value of the interface?

The compiler automatically detects whether a type implements an interface

It is often seen that some open source libraries have strange usages like the following:

To sum up, you can add the following code to the code to detect whether the type implements the interface: